Customers line up at the counter at Bob's Little Sport Shop in Glassboro, staffed by owner Bob Viden's sons, Bob (left) and Wayne.

‘I’m an essential business’: Gun shops in Pa. packed ahead of coronavirus closures

March 17, 2020 | 5:46 AM
With our coronavirus coverage, our goal is to equip you with the information you need. Rather than chase every update, we’ll try to keep things in context and focus on helping you make decisions.
See all of our stories here.

(Philadelphia) — Gun shops across Pennsylvania have been packed this week, with shoppers buying up ammunition and firearms as uncertainty about the federal response to the coronavirus pandemic continued and Governor Wolf ordered the closure of all non-essential businesses in the state by midnight on Monday.

At some shops, lines stretched out the door.

Staudt plans to keep slinging ammo as long as he can. “The governor said midnight. So we’re going to stay open as long as the background check system is working,” he said.

Store owners in South Philadelphia, Holmesburg, and Bucks County also described long lines and a spike in sales. “This is the highest gun sales we’ve seen in a very long time,” said an employee at a store in Southampton, before hanging up to deal with the crowds. 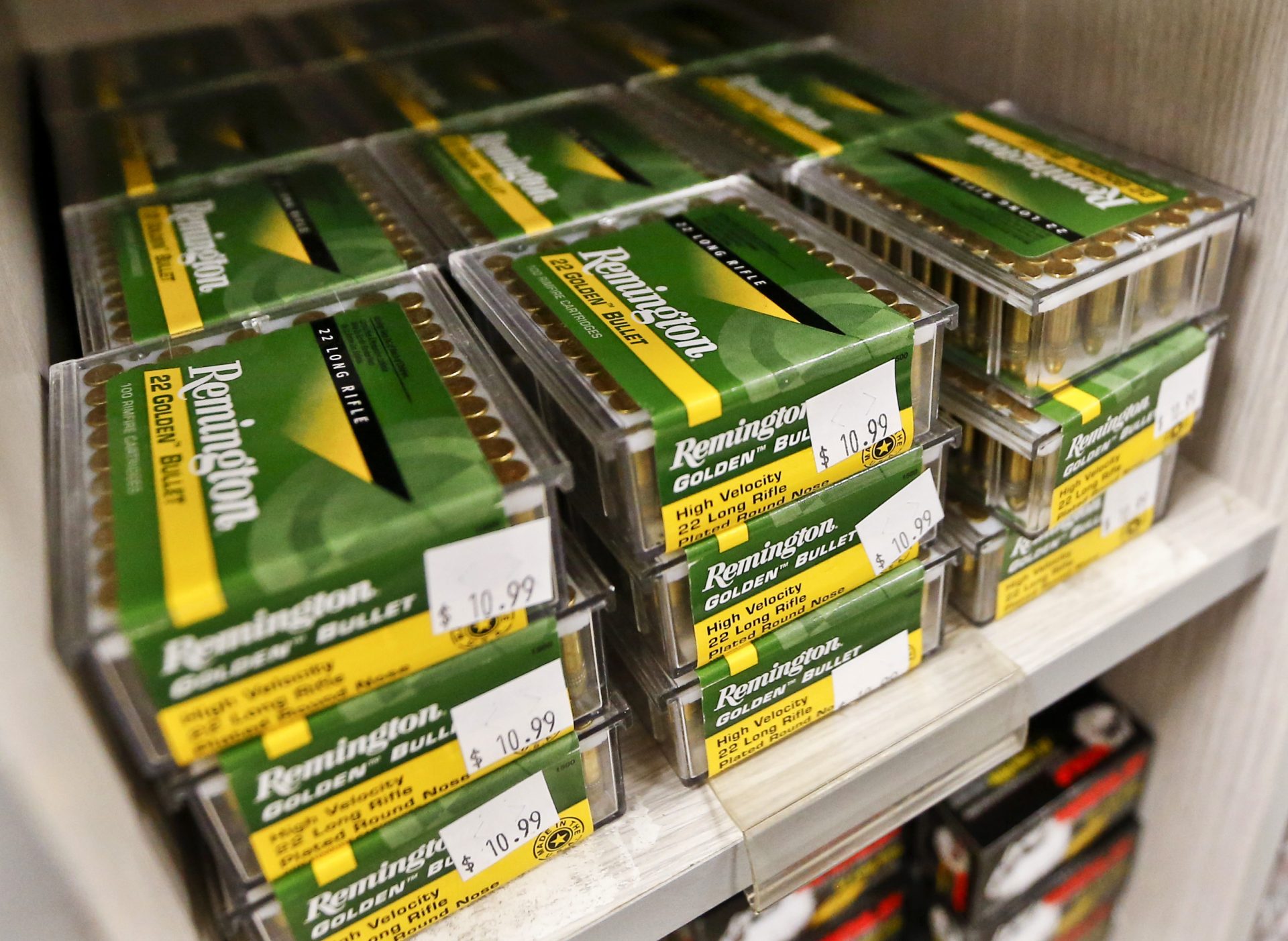 FILE PHOTO: In this March 1, 2018, file photo Remington .22 LR ammunition is for sale at Duke’s Sport Shop in New Castle.

As the number of COVID-19 cases in Pennsylvania rose to 76 as of Monday evening, with cases in 14 counties, residents are urged to avoid non-essential travel, maintain a six-foot distance between themselves and others, and to not congregate in large groups.

Public health officials said shutting down businesses was a necessary step to contain the spread.

Yet not all suppliers intend to close. One man who runs a gun shop out of his home in North Versailles and did not want his name printed said, “I’m an essential business. I’m firearms. That’s essential. It’s second amendment rights.”

If Governor Wolf specifically adds gun shops to the list of non-essential businesses, the owner said he’d reconsider. Until then, he’s taking precautions — wearing gloves, using hand sanitizer — while catering to a higher-than-normal demand for ammo. He’s almost sold out.

Christopher Hegge, owner of Northeast Firearms in Honesdale, also questioned the idea of “non-essential businesses,” and worried about the impact of a statewide shutdown on his store. 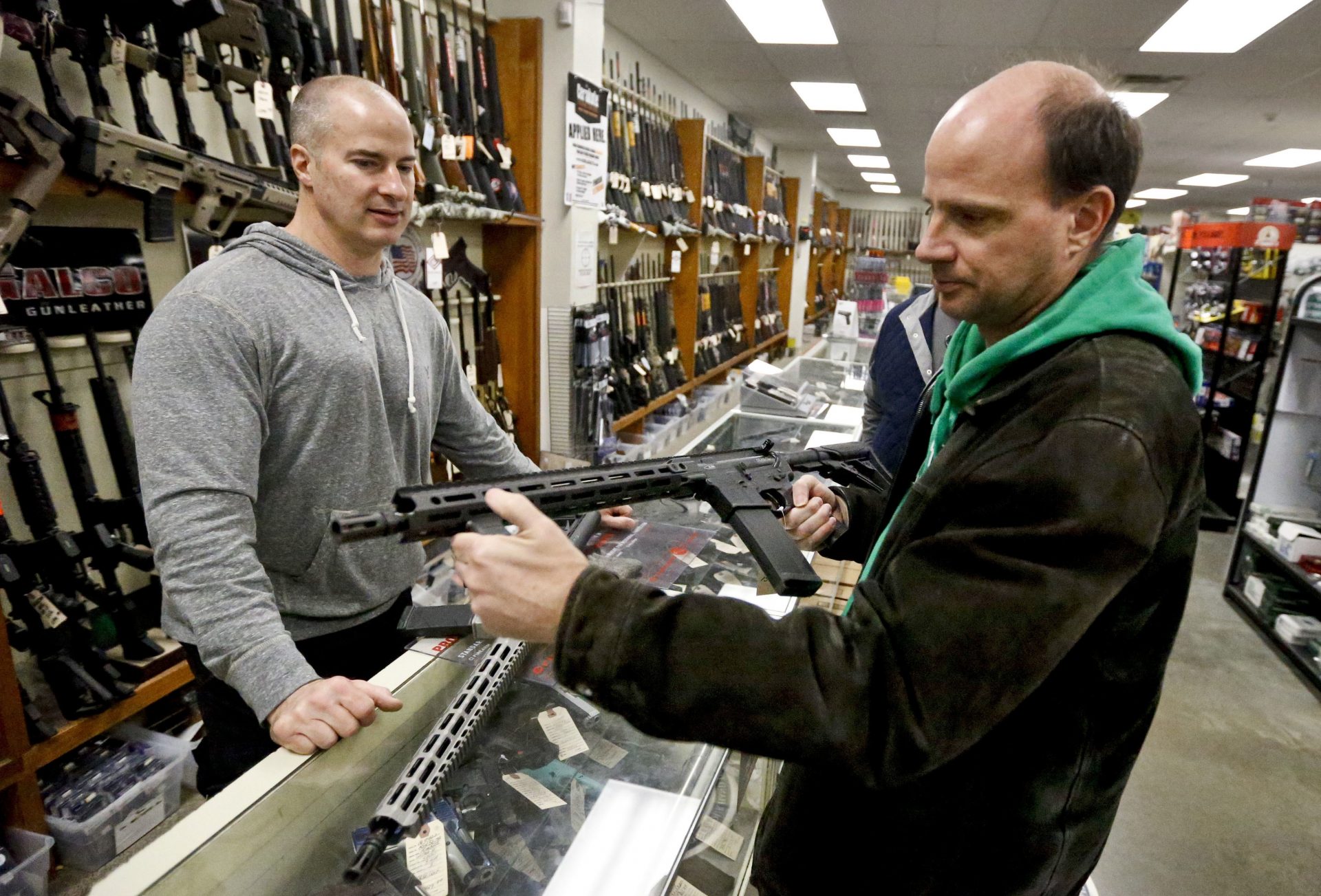 Wes Morosky, owner of Duke’s Sport Shop. left, helps Ron Detka as he shops for a rifle on Friday, March 2, 2018, at his store in New Castle.

“What is essential? Is there a list out there somewhere?” he asked. “Is it essential keeping you and your family afloat, trying to make money?”

“If you have a store that you purchased and you have a loan out there to keep it running, would you not go there for two weeks to try and make something of it?”

Governor Wolf has said repeatedly that state law enforcement will not enforce the shutdown, and expects “self-enforcement” from businesses instead.

Hegge said he will decide at midnight whether to open on Tuesday.

In the meantime the store is extra hectic. Though he knows the rush is related to the coronavirus, Hegge is being cautious. “We try not to discuss it too much because we don’t want to feed into it. I believe it’s an overreaction,” he said.