Gov. Tom Wolf of Pennsylvania speaks at a news conference at Pennsylvania Emergency Management Headquarters where he said he was ordering schools and other facilities to close in a suburban Philadelphia county, Montgomery County, that has been hard-hit by the COVID-19, Thursday, March 12, 2020 in Harrisburg.

The shutdown will be in place for two weeks, said Wolf, who urged residents to “stay calm, stay safe, stay home.” 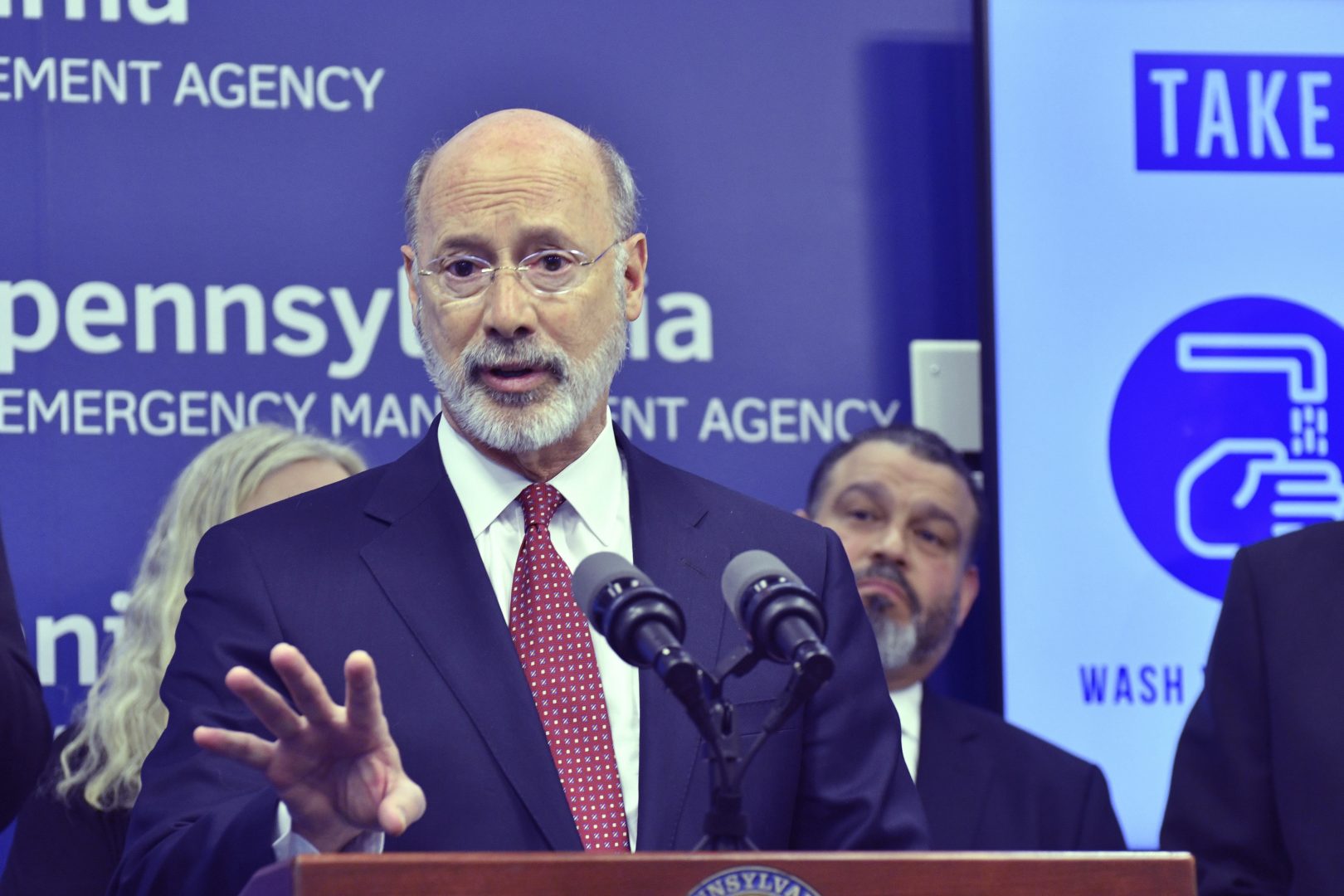 Gov. Tom Wolf of Pennsylvania speaks at a news conference at Pennsylvania Emergency Management Headquarters where he said he was ordering schools and other facilities to close in a suburban Philadelphia county, Montgomery County, that has been hard-hit by the COVID-19, Thursday, March 12, 2020 in Harrisburg.

HARRISBURG — Gov. Tom Wolf on Monday extended his shutdown order to the entire state as the number of coronavirus cases in Pennsylvania continued to grow.

The shutdown directive, which applies to nonessential businesses in all 67 counties, begins at midnight and will be in place for two weeks, said Wolf, who urged residents to “stay calm, stay safe, stay home.”

“This isn’t a decision that I take lightly at all,” the governor said at his administration’s daily briefing on Monday. “It’s one that I’m making because medical experts believe it is the only way we can prevent our hospitals from being overwhelmed by patients.”

Though Wolf has broad powers in dealing with the COVID-19 crisis, his shutdown orders have generally involved asking nonessential businesses like gyms, hair salons, and concert venues to close for 14 days. He has repeatedly said he will not order state law enforcement officials to enforce the closures — instead, he said, he expects “self-enforcement.”

The governor and his health secretary, Rachel Levine, have also urged residents in areas under shutdown to avoid any nonessential travel, stay away from large gatherings, and keep a six-foot distance between themselves and others.

Wolf reiterated on Monday that essential government and medical services will continue, and that pharmacies, grocery stores, health care facilities, and gas stations should stay open.

Asked about daycare centers, the governor indicated that they fall under the shutdown order, but said his administration will not enforce their closure.

“At at this point, we are calling for child care facilities to close, but we are not sending out the State Police or the National Guard to enforce this,” he said. “This is what they ought to do.”

Late Sunday, Wolf ordered restaurants in the four counties then under lockdown, as well as Allegheny County, to close their dine-in facilities. As part of his statewide shutdown order, that will now apply to restaurants statewide. Takeout service may continue, Wolf said.

The state Gaming Control Board also announced Monday that it had instructed any casinos still open to begin shutting down. And Pennsylvania’s Supreme Court declared a statewide judicial emergency until April 14, 2020, during which county president judges can, among other changes, restrict or temporarily close court facilities and authorize using technology to conduct court proceedings.

Levine said as of Monday morning, 76 Pennsylvania residents had tested positive for the virus, including 30 people in Montgomery County and eight in Philadelphia, where Mayor Jim Kenney’s administration has now ordered all nonessential businesses to shut down. The city is also closing city government buildings to the public and halting all nonessential city services this week.

Spotlight PA receives funding from nonprofit institutions and readers like you who are committed to investigative journalism that gets results. Give a gift today at spotlightpa.org/donate.

Pa. professors sign on to Right to Repair movement, as Rep. Davis prepares to introduce bill