Flattening a pandemic’s curve: Why staying home now can save lives

The idea is to increase social distancing in order to slow the spread of the virus, so that you don't get a huge spike in the number of people getting sick all at once. 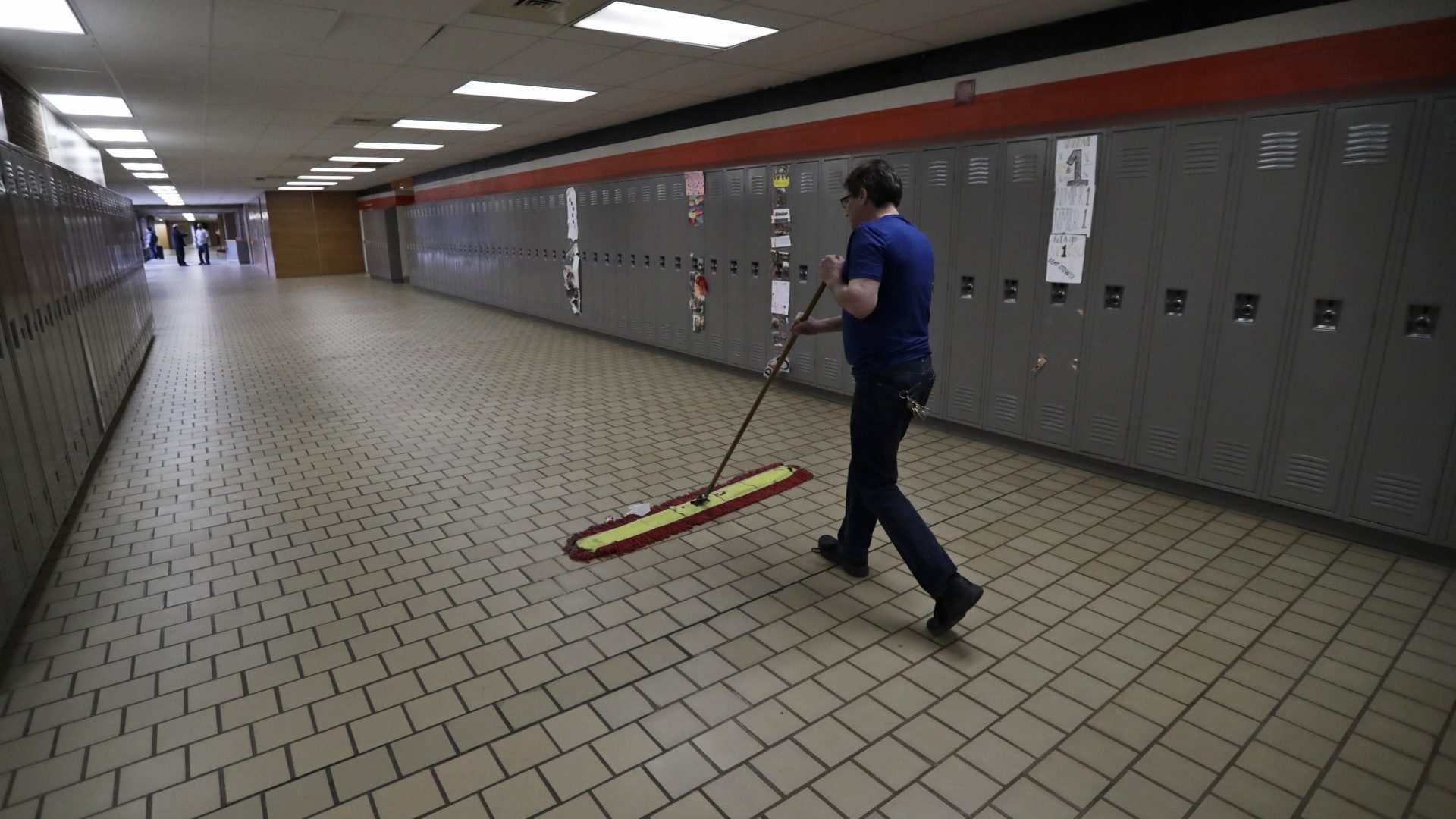 (Washington) –As the coronavirus continues to spread in the U.S., more and more businesses are sending employees off to work from home. Public schools are closing, universities are holding classes online, major events are getting canceled and cultural institutions are shutting their doors. Even Disney World and Disneyland are set to close. The disruption of daily life for many Americans is real and significant — but so are the potential life-saving benefits.

It’s all part of an effort to do what epidemiologists call flattening the curve of the pandemic. The idea is to increase social distancing in order to slow the spread of the virus, so that you don’t get a huge spike in the number of people getting sick all at once. If that were to happen, there wouldn’t be enough hospital beds or mechanical ventilators for everyone who needs them, and the U.S. hospital system would be overwhelmed. That’s already happening in Italy.

“If you think of our health care system as a subway car and it’s rush hour, and everybody wants to get on the car once, they start piling up at the door,” says Drew Harris, a population health researcher at Thomas Jefferson University in Philadelphia. “They pile up on the platform. There’s just not enough room in the car to take care of everybody, to accommodate everybody. That’s the system that is overwhelmed. It just can’t handle it, and people wind up not getting services that they need.”

Harris is the creator of a widely shared graphic visualizing just why it is so important to flatten the curve of a pandemic, including the current one — we’ve reproduced his graphic at the top of this page. The tan curve represents a scenario where the U.S. hospital system becomes inundated with coronavirus patients.

However, Harris says, if we can delay the spread of the virus so that new cases aren’t popping up all at once, but rather, over the course of weeks or months, “then the system can adjust and accommodate all the people who are possibly going to get sick and possibly need hospital care.” People would still get infected, he notes, but at a rate the healthcare system could actually keep up with — a scenario represented by the more gently sloped blue curve on the graph.

These two curves have already played out in the U.S. in an earlier age — during the 1918 flu pandemic. Research has shown that the faster authorities moved to implement the kinds of social distancing measures designed to slow the transmission of disease, the more lives were saved. And the history of two U.S. cities — Philadelphia and St. Louis — illustrates just how big a difference those measures can make.

In Philadelphia, Harris notes, city officials ignored warnings from infectious disease experts that the flu was already circulating in their community. Instead, they moved forward with a massive parade in support of World War I bonds that brought hundreds of thousands of people together. “Within 48, 72 hours, thousands of people around the Philadelphia region started to die,” Harris notes. Within 6 months, about16,000 people had died. 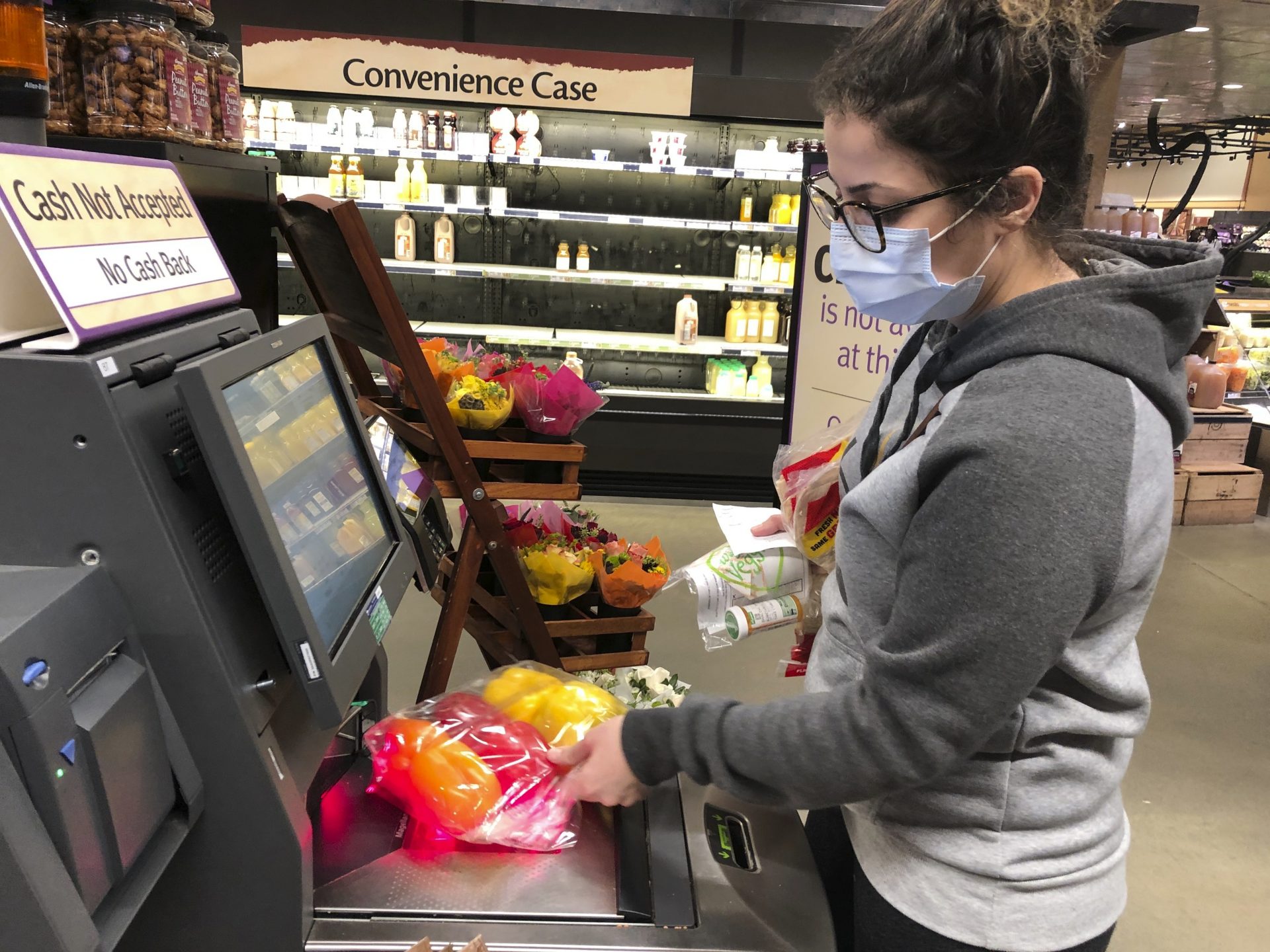 Wearing a surgical mask, Melissa Hall checks out of a Wegmans supermarket, Friday, March 13, 2020 in King of Prussia, Pa., Gov. Tom Wolf ordered schools, community centers, gyms and other venues in Montgomery County, a Philadelphia suburb, to shut down for two weeks amid a concentration of novel coronavirus cases there. (AP Photo/Michael Rubinkam)

Meanwhile, officials in St. Louis, Mo., had a vastly different public health response. Within two days of the first reported cases, the city quickly moved to social isolation strategies, according to a 2007 analysis.

“They really tried to limit the travel of people and implement public health 101 — isolating and treating the sick, quarantining the people who have been exposed to disease, closing the schools, encouraging social distancing of people,” Harris says. “And, of course, encouraging hand hygiene and other individual activities.”

As a result, St. Louis suffered just one-eighth of the flu fatalities that Philadelphia saw, according to that 2007 research. But if St. Louis had waited another week or two to act, it might have suffered a similar fate as Philadelphia, the researchers concluded.

At the time the 2007 research was released, Dr. Anthony Fauci, director of the National Institute of Allergy and Infectious Diseases and a leading adviser in the U.S. response to COVID-19, said the evidence was clear that early intervention was critical in the midst of the 1918 pandemic.

As for just how big the current coronavirus pandemic will be in America? “It is going to be totally dependent upon how we respond to it,” Fauci told Congress earlier this week.

“I can’t give you a number,” he said. “I can’t give you a realistic number until we put into [it] the factor of how we respond. If we’re complacent and don’t do really aggressive containment and mitigation, the number could go way up and be involved in many, many millions.”