Suyapa Reyes and her four children have lived in sanctuary at the First United Methodist Church of Germantown since September 2018. Reyes, no longer living in fear of deportation and being separating from her children, left sanctuary Thursday.

One of three sanctuary families in Pa. walks free with approval from feds

“If I did not take this journey of taking sanctuary, I would have been deported and I might not be alive right now."

But for 38-year-old Suyapa Reyes and her family, stepping publicly outside the church in Philadelphia’s Germantown neighborhood where she had been living in sanctuary for more than 500 days marked a new chapter in the Honduran immigrant’s life.

She filmed the march on her phone as more than three dozen supporters carried flowers and played instruments around her — “to remember it,” she said.

In August 2018, Reyes and her four youngest children quietly moved into the First United Church of Germantown to avoid being deported. Federal immigration agents have a long-standing practice of avoiding arrests in “sensitive locations,” such as schools, hospitals and houses of worship. That allows churches to shelter immigrants without interference from authorities, often while families wait for visa applications or other forms of legal status to be processed. 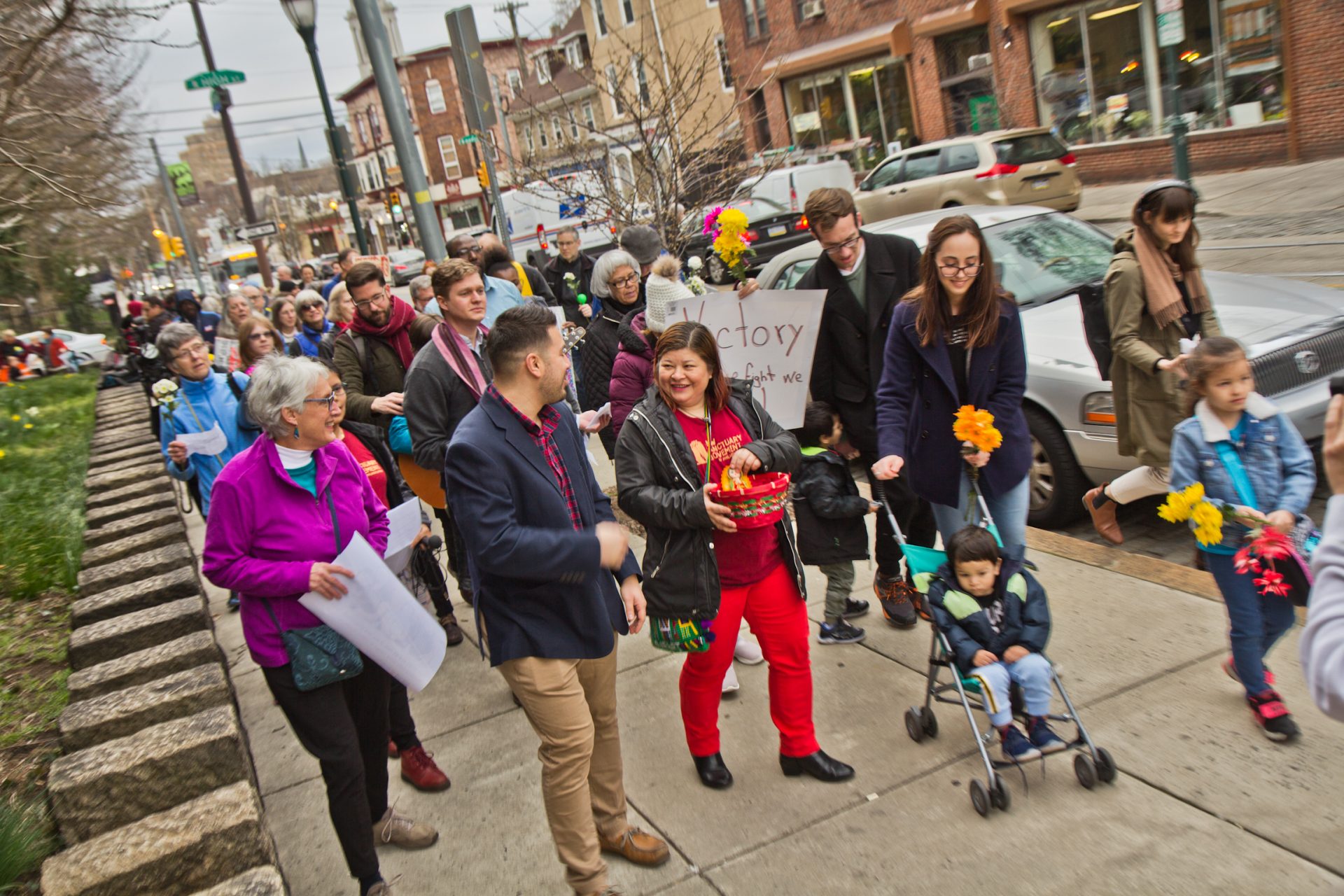 Suyapa Reyes and members of the FUMCOG congregation march to the Germantown Mennonite church where Carmela Apolonio Hernandez, another mother living in sanctuary, has called home for the past two years.

“Taking sanctuary” dates back to the 1980s, but has seen an upswing under the increased immigration enforcement carried out by the Trump administration. In 2016, there were five known cases, according to Church World Service. There are currently 41 people living in churches across the United States.

There are two families currently doing so in Pennsylvania, both in Philadelphia, in addition to the Reyes family.

It’s a form of civil disobedience that buys time in an immigration system that can move at a glacial pace. A case that in the short-term that would most likely lead to deportation, can become one that leads to a green card with the benefit of time for more legal filings and developments.

In Reyes’ case, she was denied asylum and every subsequent appeal of that denial. Her two youngest children, Junior, 2, and Jeison, 4, are U.S. citizens. Her oldest daughter qualified for asylum.

Reyes said she was faced with choosing between leaving her kids behind, or taking them back to Honduras, where she feared death.

“If I did not take this journey of taking sanctuary, I would have been deported and I might not be alive right now,” she said.

In the end, she spent 18 months living on the second floor of a grand stone church before being given notice that she would be free from arrest or deportation.

U.S. Immigration and Customs Enforcement declined to comment on her case. 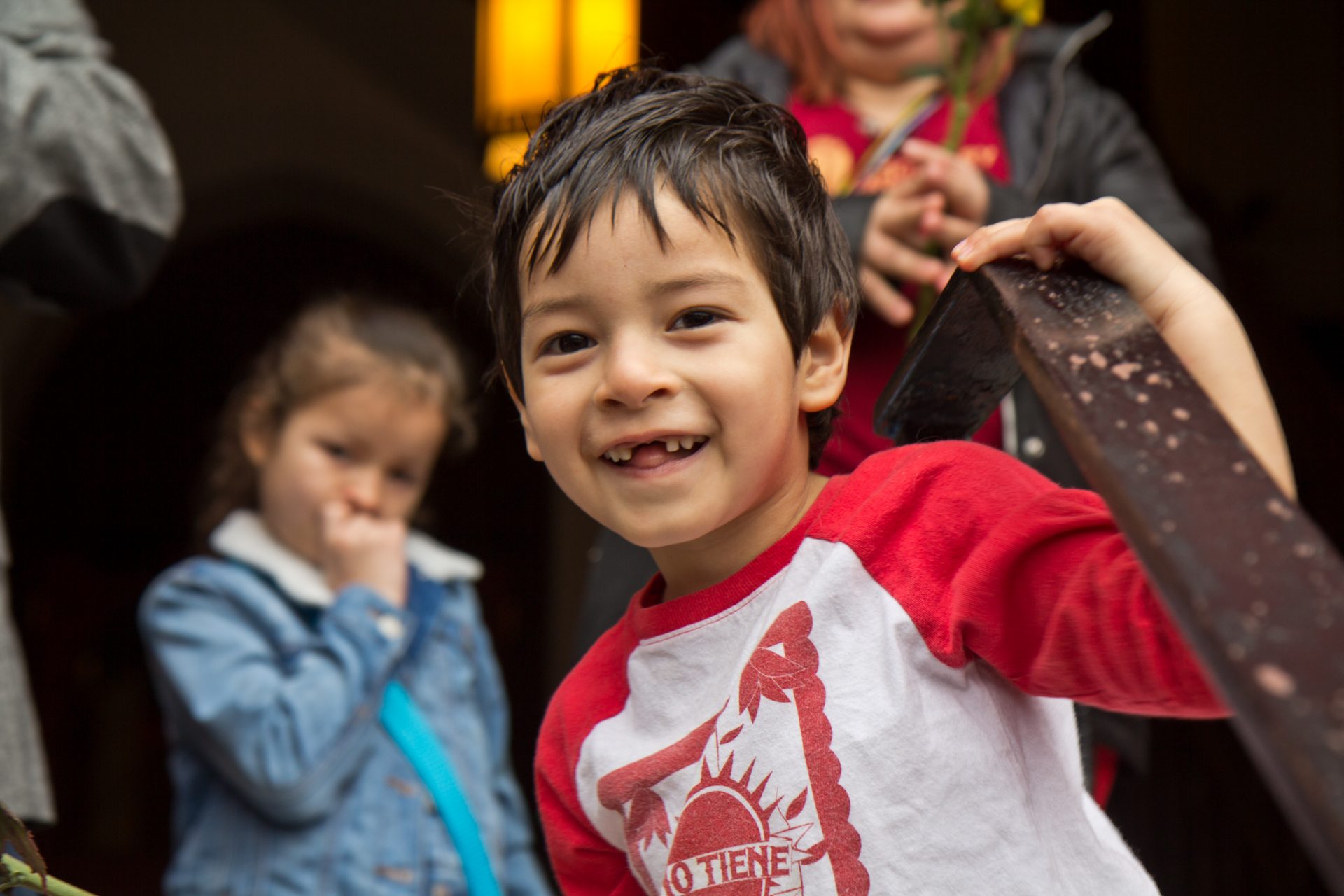 Jeison, son of Suyapa Reyes, smiles for the cameras as his mother was free to leave sanctuary for the first time in since September 2018.

In June 2018, Reyes applied for a U-Visa. This program is available to victims of crime — in her case domestic violence — who aid law enforcement in an investigation.

Last month, she got word she had been approved.

“I shouted, I jumped for joy, I couldn’t believe what I was hearing,” she said when her freedom was first announced.  Although Reyes’ has been approved, she will still likely wait several years until she has a visa in hand. There is a 10,000 person-a-year cap on U-visas, and several times as many applicants each year. As a result, there are more than 200,000 people with approved visas waiting for one to open up under the quota.

Still, it was a significant development.

U.S. Citizenship and Immigration Services, the agency that awards these visas, declined to comment due to a regulation that forbids it from disclosing information about people who have applied for this type of visa.

With that green light in the distance, USCIS granted her a reprieve from deportation on February 19 and the opportunity to apply for a work permit.

On the outside, she said she is looking forward to moving into an apartment, taking care of her kids, and supporting the other families in sanctuary.

“Maybe I don’t have a lot to give, but I can go to a march, to meetings. There’s a lot to get done while they’re in sanctuary,” she said in Spanish.

Her first public act was just that. The five and half blocks marked the distance from her temporary home at First United, to another church, where Carmela Apolonio Hernandez and her four children are living in sanctuary.

Reyes presented her friend with a figure of the Madonna, and they hugged. Then, Hernandez said a few words.

“I have always believed that nothing is impossible,” she said. “And look, Suyapa is free!”