Empty beds in a jail cell.

County jails and courts vary in their responses to coronavirus outbreak 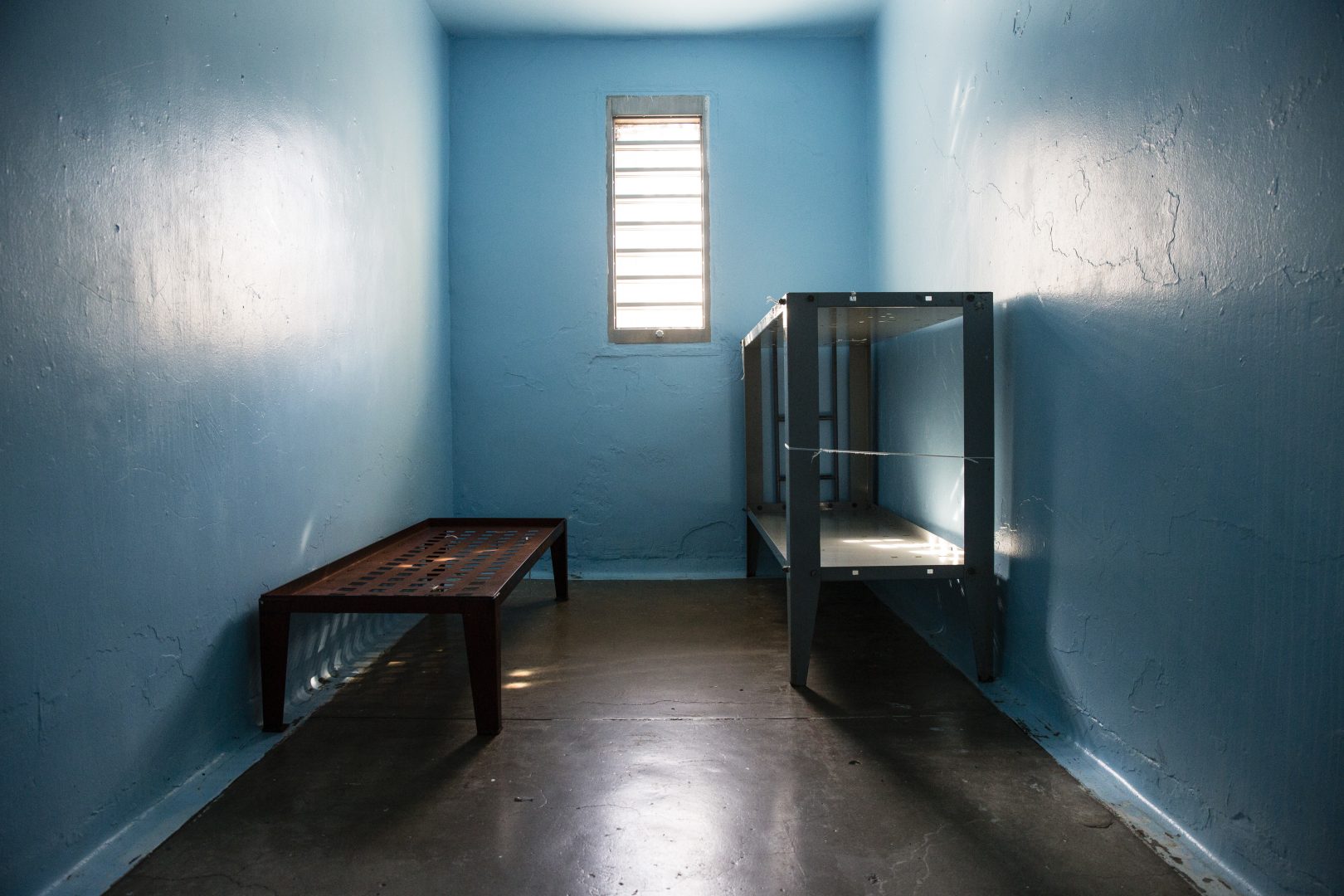 Empty beds in a jail cell.

Matthew Keller got word on Thursday that he was losing his job. He wasn’t performing poorly at the Cold Choice salad bar in Lebanon, where he works food prep. In fact, he was on track to a full-time schedule at $9.50 per hour.

Keller lost the job after the Lebanon County Correctional Facility ended all work release for inmates for the next 30 days as it responds to the growing coronavirus outbreak.

“This was a hard job to get,” he said over the phone on Thursday after he left work and was heading back into the jail.

For Keller, and tens of thousands of inmates in Pennsylvania’s county jails and prisons, this week marked a moment where in order to keep the spread of COVID-19 away from captive populations, there would be more restrictions on their confinement.

But while state prisons made sweeping changes at all their facilities to minimize the virus’s ability to infect inmate populations, county jails have not done the same. In fact, how jails and corrections leaders have handled the situation ranges from business as usual to mirroring what the state has done at its prisons.

On Thursday, the Department of Corrections issued a list of procedures that it hopes will slow or stop a coronavirus outbreak at its 27 facilities that house prisoners.

Some county jails — including those in Lebanon, Mercer and Northampton counties — made large-scale changes to keep inmates and staff from getting exposed, such as enhanced screening for staff and eliminating inmate visits.

In Philadelphia County Prison, however, the facility only had added a screening question to its intake procedures as of Thursday night. Corrections officials there don’t plan to impose additional procedures until the city’s Office of Emergency Management instructs it to do so, according to Shawn Hawes, the county’s department of prisons spokesperson. Other jails, such as in Armstrong County, say they’ve added more cleaning items and put up posters on the walls to inform inmates on how the virus spreads.

That, medical professionals say, is not enough.

“The entire response to this outbreak, and now pandemic, is it’s important to do something, but it’s also important to be aware of the limitations of the actions you’re taking.” – Joseph Amon, Director of the Office of Global Health at Drexel University

“What everyone needs to do is screen people coming in, and then separate them from the general population if they have signs or symptoms,” said one medical official who works for the Department of Corrections but wasn’t authorized to speak on the issue. This official said he hopes jails will soon adopt more uniform policies that mirror the state’s actions inside prisons.

“What they should be doing at this stage is working on those plans and figuring to deal with it. It’s a pretty big risk,” the official said.

Every county jail already separates inmates for 72 hours once they’re taken into custody. But the problem with coronavirus is that not everyone shows symptoms for up to two weeks, and during that period an infected person can spread the virus to others, though there is little consensus currently within the medical community on how infectious people are when they are asymptomatic.

Another issue for corrections officials to consider is the possible spread of the virus by inmates who are appearing in court. Providing video conferencing for court proceedings is one step some jails have taken.

“The entire response to this outbreak, and now pandemic, is it’s important to do something, but it’s also important to be aware of the limitations of the actions you’re taking,” said Joseph Amon, an epidemiologist and director of the Office of Global Health at Drexel University.

One option he and other public health experts said corrections officials could take is reducing jail populations. Amon said as things stand, jails do the opposite of social distancing, which the Centers for Disease Control and Prevention and other public health agencies recommend as a way for people to avoid spreading the virus.

“There should be a process set up where judges are really looking at those held in pretrial detention and who can’t pay bail. Can they be released on their own recognizance or put in home detention?” he said. “Erring on the side of caution while also looking at human rights can be done. Finding that balance is really what needs to happen.”

Some wardens agree, but say that until it gets to the point where they can’t handle the number of infected inmates they believe screenings and limiting visitations will be enough.

“It’s a fluid event,” said Bruce Kovach, warden for Northumberland County’s jail, adding that he expects the spread to get worse, especially as populations with poor health – such as the poor and invalid – go through jails. “In larger metro areas you have folks out there trying to educate the population, but in Sunbury and Shamokin, you have people who are homeless or couchsurfers. That’s gonna be a big affected population.”