FILE PHOTO: Monsignor William Lynn arrives for a preliminary hearing in his retrial of his child endangerment case at the Center for Criminal Justice, in Philadelphia, Tuesday, March 28, 2017. 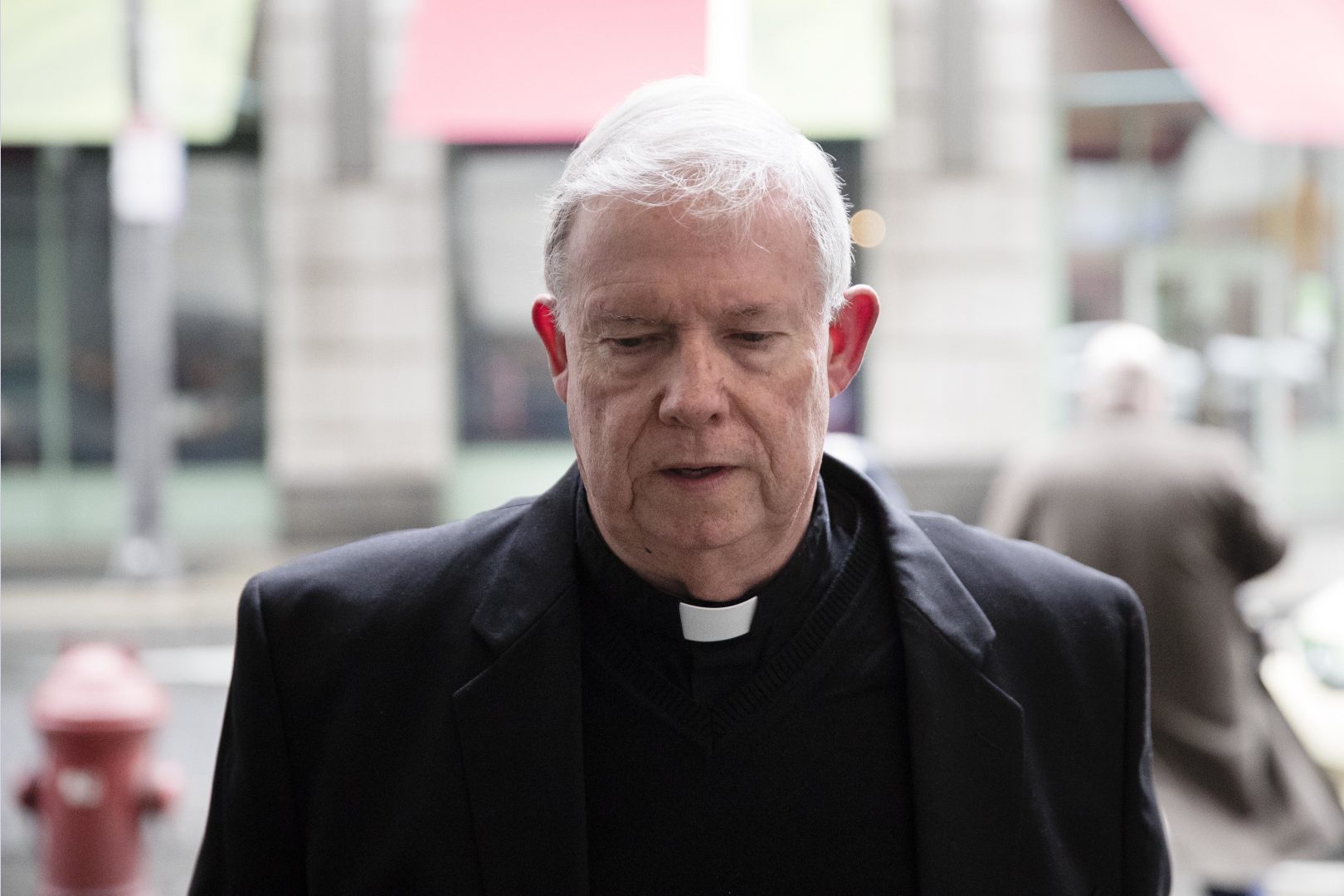 FILE PHOTO: Monsignor William Lynn arrives for a preliminary hearing in his retrial of his child endangerment case at the Center for Criminal Justice, in Philadelphia, Tuesday, March 28, 2017.

(Philadelphia) — More than three years after his release from state prison, Monsignor William Lynn is scheduled to face a familiar, but unwelcome sight: a Philadelphia jury.

Lynn, the first U.S. Catholic Church official to be convicted of covering up clergy sex abuse, will also face familiar allegations next week, when the Philadelphia District Attorney’s Office begins retrying the 69-year-old on one felony count of child endangerment.

While he was secretary for clergy, city prosecutors say Lynn recommended the Archdiocese of Philadelphia transfer a priest, who had been credibly accused of abusing children, to St. Jerome parish in Northeast Philadelphia. And that priest, Edward Avery, sexually molested a 10-year-old altar boy there in the late 1990s.

Lynn’s legal team said prosecutors are trying to make their client the “scapegoat for the sins of the Church.”

Lynn’s 2012 trial lasted three months, largely because prosecutors spent weeks detailing nearly two dozen examples of alleged clergy sex abuse within the Archdiocese of Philadelphia. Some priests on the list were active in the 1940s, long before Lynn’s time.

Lynn’s retrial is expected to take a month at most, including jury deliberations.

“It is really not a complicated or complex case,” Bright said.

After a lot of legal wrangling, only three supplemental examples of alleged clergy sex abuse — what are collectively known as “prior bad acts” —  are expected to be entered into evidence by prosecutors.

The list will cover abuse allegations against former priests Robert Brennan and Nicholas R. Cudemo, as well as the late Rev. Michael Bolesta. All three men are named in a 2005 grand jury report released under former District Attorney Lynne Abraham.

Lynn’s second trial is expected to contain little live testimony. Instead, it will be rooted in testimony from Lynn’s first trial, which followed a 2011 grand jury report that also recommended criminal charges against Avery, two priests and a parochial school teacher. Blessington, the prosecutor, said Wednesday that he expects to call Avery, who was released from prison, to the witness stand.

The case’s central victim, identified in court documents as Billy Doe, is not scheduled to testify. He was the star witness of Lynn’s first trial.

It’s unclear if Lynn, who testified during his first trial that he didn’t have the final word on parish assignments, will take the stand again.

There is a gag order in the Lynn case barring attorneys from speaking directly to the media, but they have been speaking at preliminary court hearings.

Lynn was released on bail in August 2016 after the Pennsylvania Supreme Court essentially vacated his conviction.

The state’s high court rejected a petition to appeal an earlier ruling that found jurors during Lynn’s first trial were “prejudiced” by hearing hours of testimony about clergy sex abuse allegations that were unrelated to Lynn’s actions as a supervisor for the Archdiocese.

Lynn served nearly three years of a 3-6 year sentence before he was released.

It is widely expected that another conviction would — at most — send Lynn back to prison for a few months, leaving some legal experts to question the value of a second trial.

“Other than pure vengeance, I don’t see any reason for doing this,” said George Parry, a former federal prosecutor. “It’s time for them to take their foot off his throat and let him go back to breathing and on with his life.”

Survivors of clergy sex abuse — and local advocacy groups — strongly disagree, saying Lynn’s second trial is not about securing a long prison sentence, but victims, many of whom have privately struggled for decades with the trauma they experienced as children.

“The number one thing that is so important to survivors and a survivor like myself is validation,” said Mark McDonnell, who leads the Philadelphia chapter of SNAP, Survivors Network of those Abused by Priests. “Validation is key for each and every survivor. It is important for us that we have a seal on ‘this happened, they’re responsible for it, they need to be held accountable for it. In a survivor’s eyes, that’s a victory.”

Victims also want a conviction to send a clear message to the Catholic Church in Pennsylvania and the Archdiocese of Philadelphia, said Marci Hamilton, CEO of Child USA, a think tank that fights child abuse and neglect.

Amid coronavirus pandemic, when is it too early – or too late – to close Pa. schools?