It’s the latest sign of internal turmoil for the state agency responsible for handling violations of the state’s anti-discrimination law. 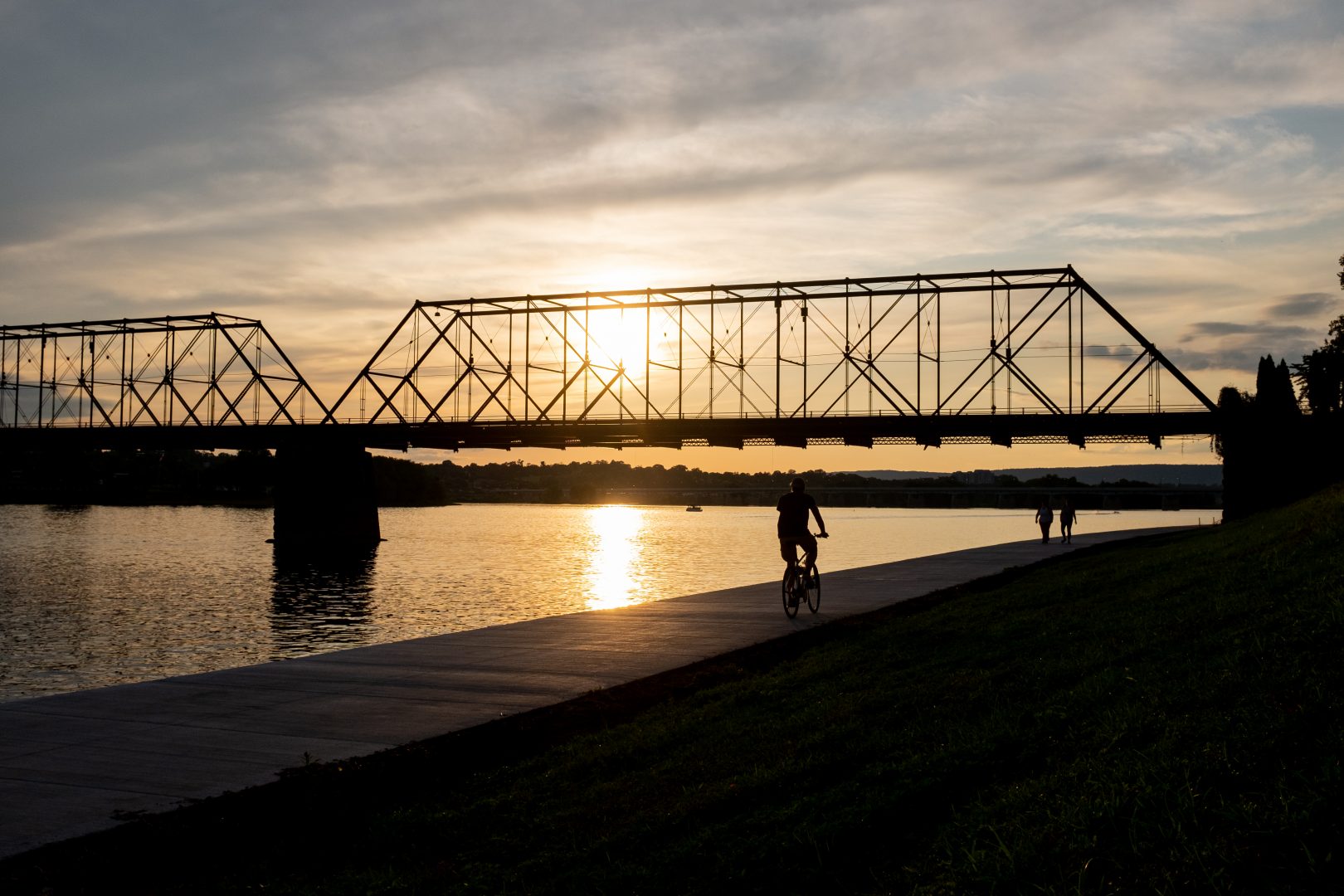 (Harrisburg) — A former employee with the Pennsylvania Human Relations Commission has sued the watchdog agency for discrimination and for a hostile work environment, saying he was retaliated against for trying to improve workplace culture after a string of office scandals.

Jelani Cooper, an assistant chief counsel with the commission from 2014 to 2019, filed a federal racial discrimination lawsuit and whistleblower complaint in Pennsylvania’s central district. He alleges he was “the subject of continuous race discrimination” which hampered his job performance and eventually led to his dismissal.

“They’re using these excuses to try to silence me and get rid of me,” said Cooper, who is Black, in an interview. “They also accused me of playing the race card.”

It’s the latest sign of internal turmoil for the PHRC, the state agency responsible for handling violations of the state’s anti-discrimination law.

It has long been haunted by allegations that it is ineffectual and that its leadership perpetuates the same kinds of discrimination it aims to combat — charges that have led to a string of lawsuits, firings and complaints. Cooper worked in the education and community services division, a unit that addresses bias incidents and allegations of discrimination at public schools and universities. It also conducts diversity and cultural competency trainings. In 2018, Cooper received the agency’s “Legal Star” award, for an attorney “who routinely goes the extra mile,” and the “Education and Outreach” award for having a “profound impact on the lives of citizens of the commonwealth.”

Cooper said he first experienced disparate treatment not long after he was hired.

In the complaint, he describes being subject to additional supervision and regular meetings in which he was “ambushed” and criticized for his work, while other attorneys faced less oversight and no repercussions for falling behind on their cases. This occurred under the leadership of then-executive director JoAnne Edwards. Through an attorney, Edwards declined to comment for this story.

In one instance in that era, when Cooper said he was working nights and weekends to make up for the loss of the only other attorney in his department, his supervisor was told he “was not working hard enough.” In another, he said he was mocked and told, “your work is sloppy.” Cooper alleges that the mistakes were attributable to investigators he worked with, not him.

A former employee, who did not want to be named, said they witnessed some of this harassing behavior. Another employee said this dynamic was generally present in the office.

Cooper said he had to get counseling to deal with the stress and harassment. In a sworn statement, another attorney and Cooper’s supervisor, Geoff Biringer, said that special assistant to the executive director Tammy McElfresh told him,“If [Cooper] is speaking to Black people about filing a complaint, we will fire him.”

In response to the suit, the PHRC has denied all allegations.

“The PHRC will vigorously defend against this lawsuit and looks forward to presenting our defense in court,” said PHRC communications director Renee Martin.

Reached by phone, McElfresh called the claims in the lawsuit “outrageous.”

“They’re completely false,” she said. “And that’s all I really want to say.”

Sandra Thompson, right, speaks alongside Sandra Harrison, both golfers and members of a group of local women known as Sisters in the Fairway, during an interview with The Associated Press, Tuesday April 24, 2018 in York, Pa. Officials at the Grandview Golf Club in York called police on the group Saturday, accusing them of playing too slowly and holding up others behind them. On Sunday club co-owner JJ Chronister told the York Daily Record she called the women personally to “sincerely apologize.”

The PHRC is headquartered in Harrisburg, with regional offices in Philadelphia and Pittsburgh. The executive director of the organization reports to a panel of 11 commissioners, appointed by the governor. In recent years, it has been called to respond and investigate the case of five Black women asked to leave a golf course in York County, and an uptick in KKK activity around the commonwealth.

In 2016, based on some of the above incidents, Cooper filed a complaint with the Equal Employment Opportunity Commission (EEOC), which enforces federal anti-discrimination laws pertaining to the workplace. As a part of the mediation process that followed, the PHRC agreed to form a diversity committee.

Repeated efforts to start that committee stalled, including under Edwards’ successor as executive director, Chad Lassiter, who is Black. Per that agreement, the commission did vote to form a diversity committee but failed to take further steps to establish one, according to Cooper.

From 2017 through 2019, Cooper said he reached out to various commissioners and Lassiter, repeatedly requesting help in setting up the committee. In February 2019, Cooper organized a meeting with three commissioners and Lassiter, in order to discuss details of establishing the committee. That meeting was brief and ended after Lassiter said, “We have more important things to do, maybe in 2024 or something,” according to the complaint.

A week later, Cooper told Lassiter he was in breach of the EEOC settlement. He also reached out to some of the commissioners and several community members, asking them to help him start a committee and saying that it had been “thwarted.”

In response, he received an email from Lassiter, which is quoted in the complaint.

“In 8 months we have advanced the Commission and you Jelani will not tear that down because of your issues and agenda,” Lassiter said. “You are not more powerful than God.”

Soon after, Cooper emailed the Department of Justice and EEOC to complain that the terms of the settlement were being violated. Around April 1, Cooper filed a new complaint with the EEOC, this time alleging retaliation. That complaint is still pending.

Lassiter declined to comment further for this story, saying he would let the lawsuit “play out.”

Cooper’s complaint comes as the agency continues to deal with the ripple effects of other complaints and settlements.

When Edwards was hired as executive director, internal candidate Kevin “Kaaba” Brunson, a Black man, sued in 2015 for being passed over to lead the commission. A jury awarded him nearly $260,000 for his claims of racial discrimination and attorneys fees.

Edwards herself left in 2018 and sued the agency, alleging she was discriminated against for being white, a woman, and a lesbian — and for being told she hired too many white people. Litigation is ongoing.

Last year, the Harrisburg chapter of the NAACP rallied at the capitol rotunda, calling for commissioners named in Brunson’s suit to resign. Auditor General Eugene DePasquale echoed that call.

Cooper’s suit seeks back pay, $300,000 in compensatory damages and to have the cost of litigation covered. He said his larger hope is that the commission undergoes changes in policy and culture that bring its aim of promoting civil rights back into focus.