(Harrisburg) — The proposed location of a supervised injection site in South Philadelphia has been abandoned, partly due to the lack of a community hearing before the proposal was revealed to the public.

Now state lawmakers are pushing to mandate public hearings before any such facility could open.

“Imagine a daycare opening in your neighborhood without your neighborhood saying, ‘Can it affect parking? Is it safe for children? Will it interrupt commerce?’ A daycare requires more scrutiny than this place that is an experiment.” 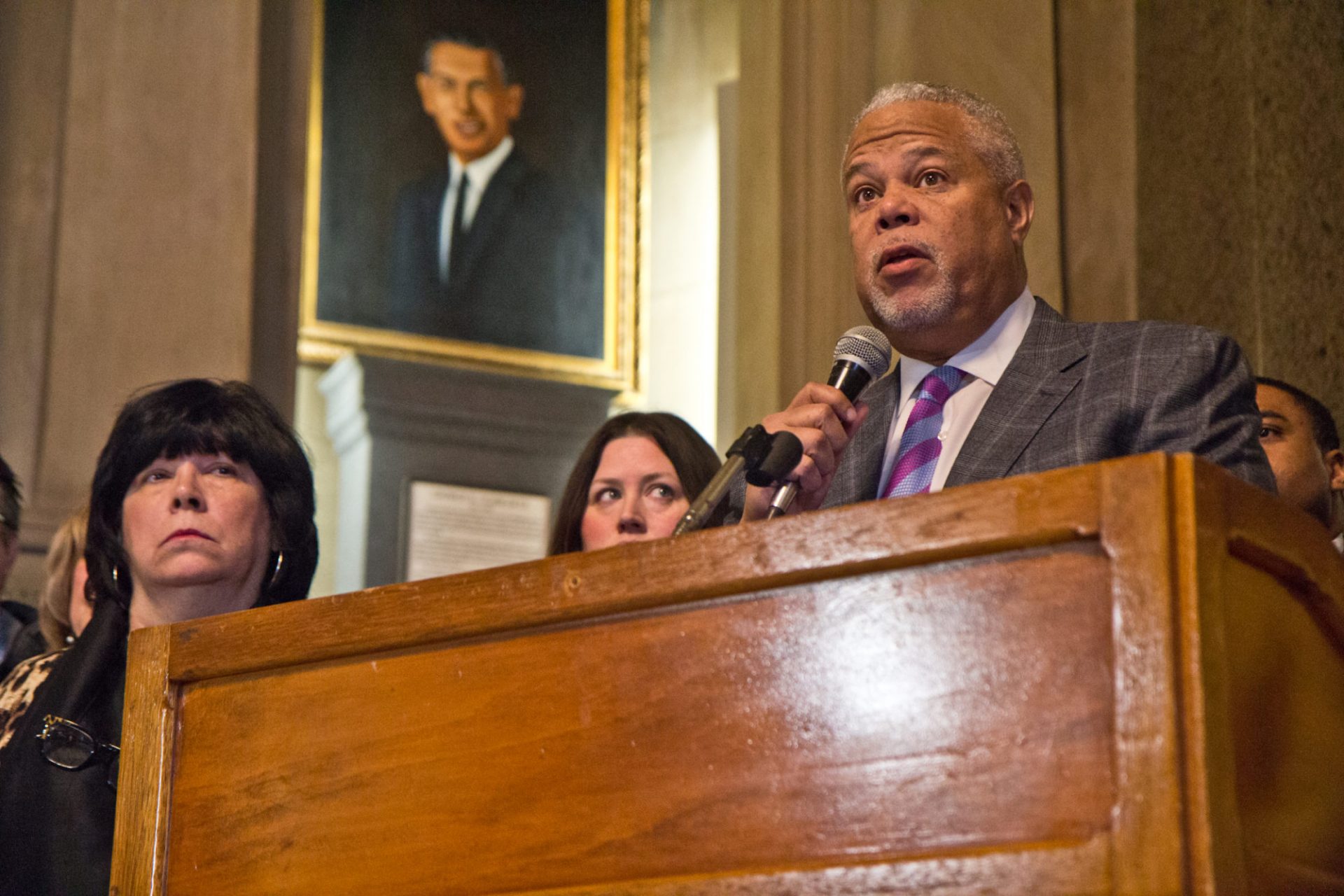 State senator Anthony Williams speaks at a press conference with other local officials about Senate Bill 933 which would prohibit supervised infection sites unless they are authorized by local governments.

State Senator Tina Tartaglione represents parts of Kensington, known as the ‘epicenter’ of the opioid crisis, and does not want a facility in her district where people could inject illegal drugs under medical supervision.

“If Mayor Kenney and Governor Rendell believe so strong about safe injection sites, put it next to their homes,” she said.

The group Safehouse, which is seeking to open the facility, says it still plans to operate in South Philly, but will engage the community in more meaningful dialogue.

Councilmember David Oh introduced a resolution condemning the lack of transparency and community participation in the rollout of a proposed injection site in South Philadelphia. He also urged the mayor and Safehouse to cease further developments until impacted residents, businesses, and institutions can be informed and heard.

More impactful legislation could be introduced this week, since several councilmembers — including President Darrell Clarke — attended the announcement, which was held in City Hall this morning.