A ground-mounted solar panel at Millersville University tracks the sun's path across the sky. 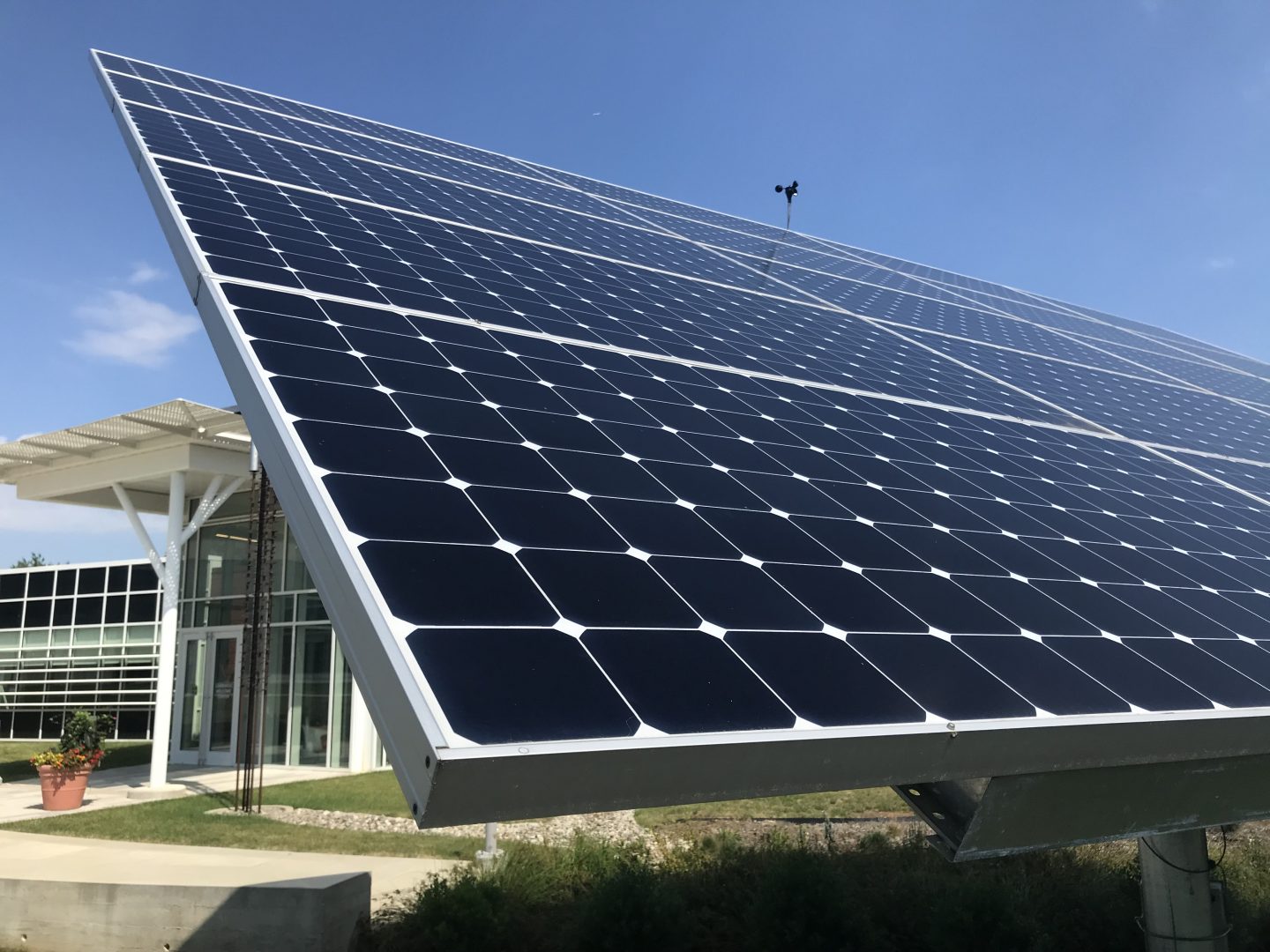 A ground-mounted solar panel at Millersville University tracks the sun's path across the sky.

(Harrisburg) — Dickinson College is partnering with three other schools on a renewable energy contract to help each one offset its greenhouse gas emissions.

The Cumberland County school, along with Lehigh University, Lafayette College, and Muhlenberg College in eastern Pennsylvania, has agreed to buy energy from a Texas solar farm for the next 15 years.

Ken Shultes, Associate Vice President for Sustainability and Facilities Planning at Dickinson,  said the deal is an important part of the college’s goal to become carbon-neutral.

He said the college has been taking steps to minimize its carbon footprint for more than a decade, by reducing emissions, buying renewable energy, and installing a 3-megawatt solar farm on campus.

The new agreement will also provide research and internship opportunities for students and bring guest lecturers to campus.

Shultes said it’s critical that students can understand climate change and its present and future impacts.

“It’s important for us for our campus to be carbon-neutral,” Shultes said. “It’s more important to us to have our students be fully immersed in it, so that when they leave here they can take a leadership role and start to find solutions for these challenges in the future.”

Many colleges and universities are looking to reduce their emissions. Penn State is building the commonwealth’s largest solar farm in Franklin County. Millersville University is home to Pennsylvania’s first building  to get a zero-energy certification.

Dickinson expects to become carbon-neutral this year, the first college in Pennsylvania to do so.