Secretary of Agriculture Russell Redding speaks at the Pennsylvania Farm Show on Jan. 2, 2020.

In 2017, he opposed a $27 million cut, but now backs governor's plan to shift $200 million away from fund supporting horse farms and tracks 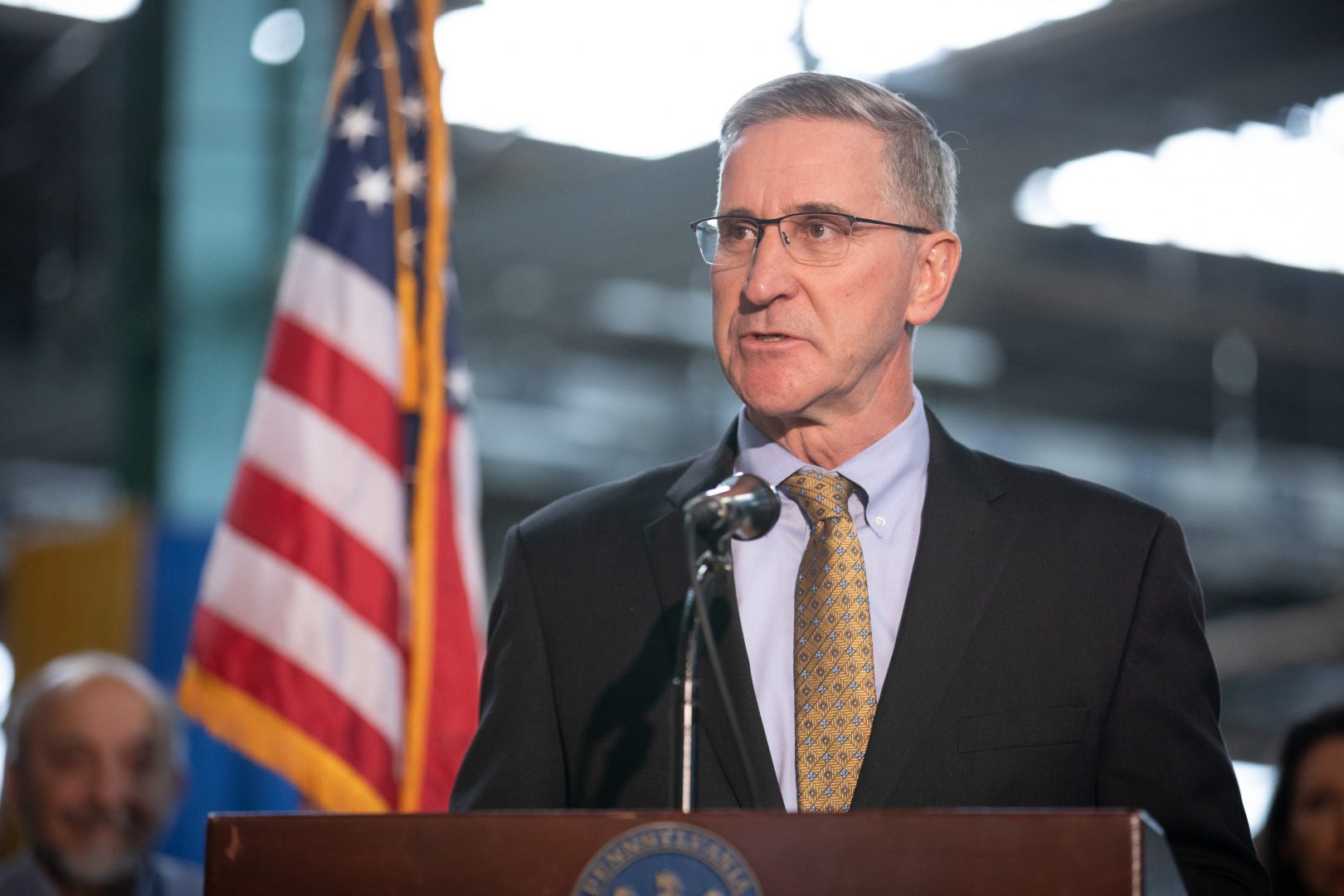 Secretary of Agriculture Russell Redding speaks at the Pennsylvania Farm Show on Jan. 2, 2020.

Pennsylvania Agriculture Secretary Russell Redding supports a proposal to take about $200 million from the racehorse industry to fund college scholarships.

But in 2017, Redding wrote to lawmakers warning that a proposal that year to shift just $27 million away from the industry would create big problems.

“That would be devastating to the industry and the more than 20,000 jobs it supports,” Redding wrote in a Sept. 7 letter to the House Agriculture and Rural Affairs Committee.

At a committee meeting Wednesday, state Rep. John Lawrence (R-Chester) used the letter to question Redding’s consistency on the issue.

“Those are your words,” Lawrence said after reading from the letter.

“Yeah, I recognize them,” Redding replied.

“So what changed in the last three years?” Lawrence asked.

The exchange between Redding and Lawrence is part of a larger debate in Pennsylvania over a proposal from Gov. Tom Wolf to fund scholarships at the 14 state-owned universities.

To get the money, Wolf plans to take $204 million out of a $238 million special fund for horse racing owners and farms that is funded by a tax on slot machines in Pennsylvania. The biggest cuts would be made to breeder incentives and “purses” — the prize money racehorse owners receive when their horses win a race.

Many racehorse owners don’t live in the state, a Tribune-Review investigation found in 2015. But advocates in the racehorse industry and some lawmakers, including Lawrence, say the money flows back into the state to pay for breeders, trainers, veterinarians, blacksmiths and many others.

“I hear a lot about, you know, the Saudi sheikhs and the billionaires, and they’re taking advantage of all this money and everything,” Lawrence said during Wednesday’s meeting. “In my experience, and what I’ve seen in my own district — this money is going to family farmers, selling hay bales off their own farm, to try to keep the operation in business.”

In his 2017 letter, Redding warned about cutting funding for breeder incentives. At the time, budget negotiations between the Wolf administration and the legislature were at an impasse. The $27 million cut was part of a proposal from the GOP-controlled House.

Redding wrote then that the proposed $27 million cut “risks throwing the state’s racing industry into further turmoil — just as we are starting to achieve some long-sought-after stability and certainty.”

On Wednesday, Redding acknowledged his position had changed, saying that after investing about $3 billion into the industry since 2004, the state needs to focus on other needs.

He said the scholarship program proposed by Gov. Wolf would help meet the needs of employers and keep college graduates in Pennsylvania. He also noted the state has taken action to help struggling dairy farmers but still provides much less support to that industry than it does for horse racing.

“There are a lot of decisions we have to make about where we invest,” Redding said.

Several other lawmakers raised concerns about the impact the $200 million cut would have around the state. State Rep. Danilo Burgos (D-Philadelphia), for example, wondered about possible job losses at a racetrack and casino located outside Philadelphia.

He said he represents one of the poorest districts in the state and that some of his constituents work at the Chester racetrack and casino.

“I’m concerned about it. …It’s the unknown on both sides of the spectrum,” Burgos said.