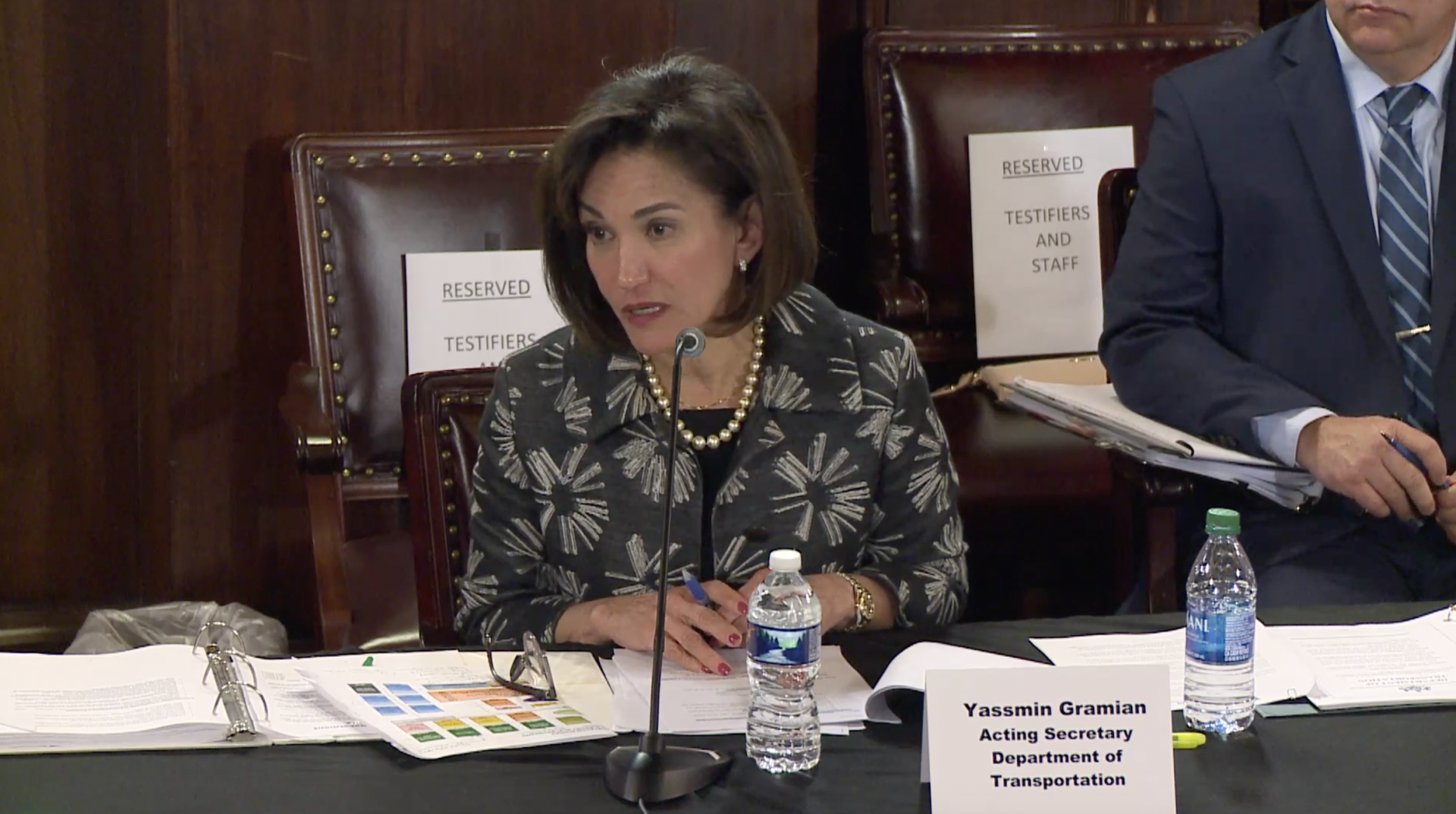 Pennsylvania’s Department of Transportation oversees everything from road and bridge maintenance to mass transit.

During a budget appropriation hearing on Tuesday, state lawmakers pressed PennDOT’s acting secretary to explain how the agency sets its priorities and asked about funding concerns. One thing was clear: the commonwealth is going to have to find a lot more money.

Currently, the Motor License Fund pays for Pennsylvania State Police and the Pennsylvania Turnpike Commission pays for public transit. Pretty soon, the legislature will have to find a way to cover both costs out of the general fund.

There is no easy solution, said Democrat Mike Carroll of Luzerne County.

“Hundreds of millions of dollars in this building are hard to find,” he said.

Acting secretary Yassmin Gramian said the PennDOT is working on new ways to fund road and bridge maintenance and public transit. The agency recently won federal approval to study congestion pricing, a practice in which road users are charged more during peak hours. She added there are other models to consider.

“Not everything has to be funded by the government,” she said. “We have to be clever about bringing in the private [sector] to our side of the business.”

When asked if Pennsylvania invests enough in its road and bridge infrastructure, Gramian said the state invests as much as it has.

“We would like to invest more,” she said. “So to answer your question, no. We’re not investing enough.”

Over the next nine years, PennDOT will move more than $3 billion away from local and rural road work to its interstate highways in order to comply with a federal mandate.

But “that’s not the needs of my region … one of the few areas of Pennsylvania that is, in fact, growing,” he said. “So we need additional flexibility from PennDOT to be able to do that.”

Given the limited number of dollars at its disposal, PennDOT must spend wisely, said Gramian. During the course of the two-hour hearing, she repeatedly said she would be glad to work with lawmakers to find solutions.

In the meantime, Gov. Tom Wolf continues to push for Restore Pennsylvania, his plan to invest $4.5 billion in infrastructure and workforce development. The initiative lacks support in the legislature.