Carolena Nava and her mom Lupita Nava are firefighters in Oxford, Pa.

When every second counts, bilingual firefighters make the difference in Chesco

(Oxford) — Volunteer firefighter numbers are dwindling across the country, and departments routinely struggle to recruit enough people to properly staff their ranks.

In one southern Chester County town, where the Hispanic and Latino populations are quickly growing, recruitment isn’t just about numbers. Union Fire Company in Oxford is finding success by focusing on signing up people who speak Spanish.

Union has served Oxford and its adjacent communities since 1871. The station’s 92 square mile coverage area is the largest in the county. 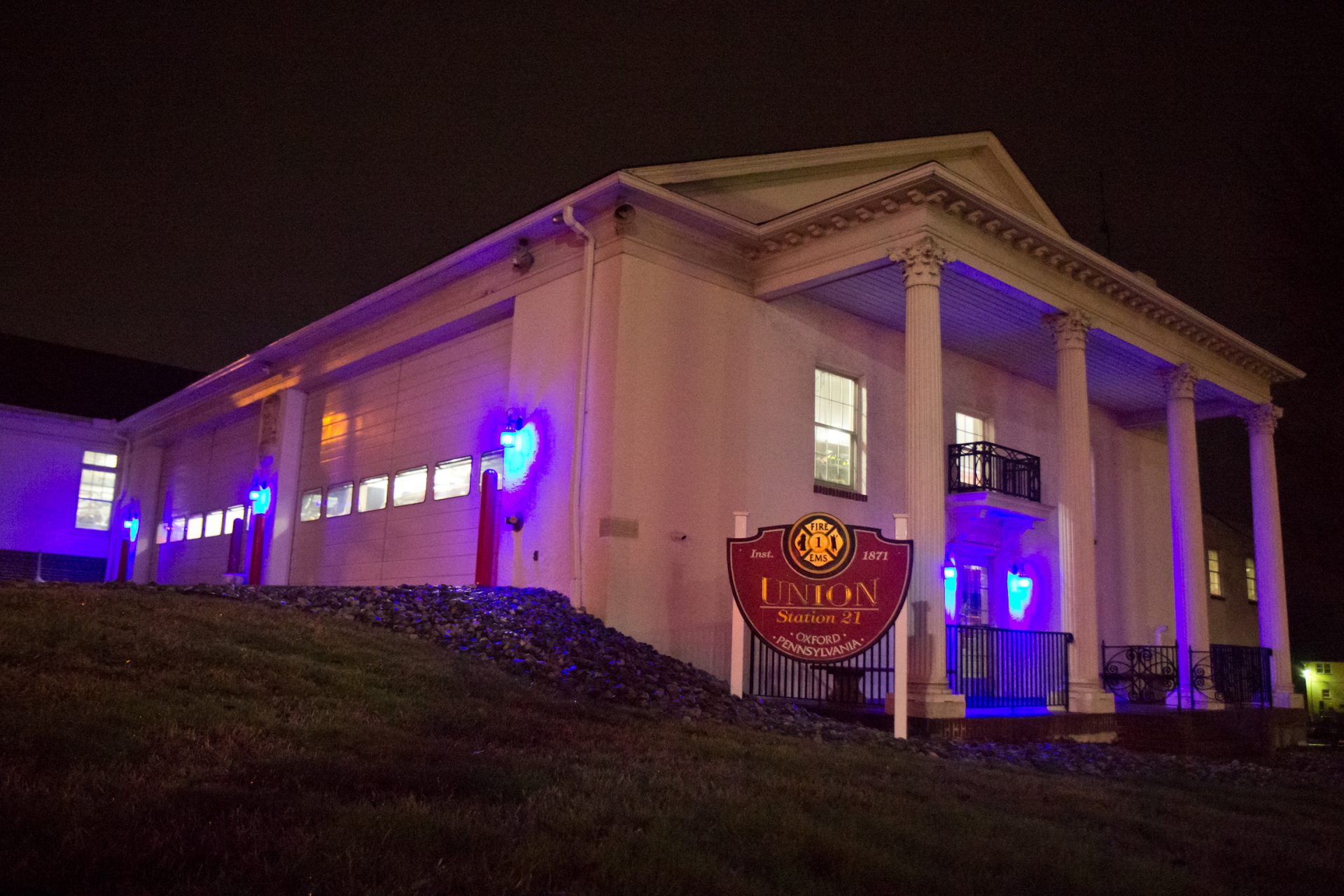 The fire station in Oxford, Pa. 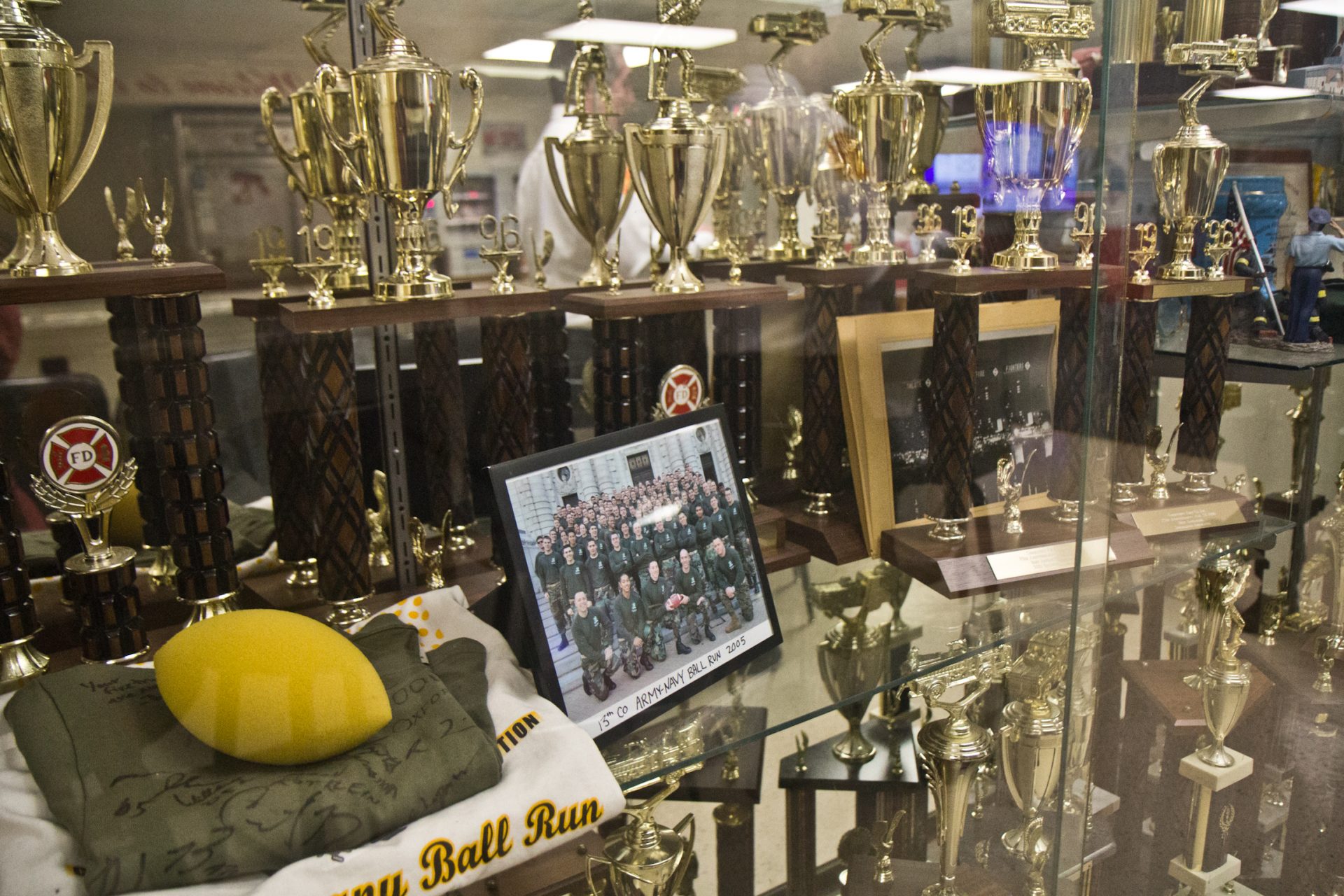 Awards in the fire station in Oxford, Pa. 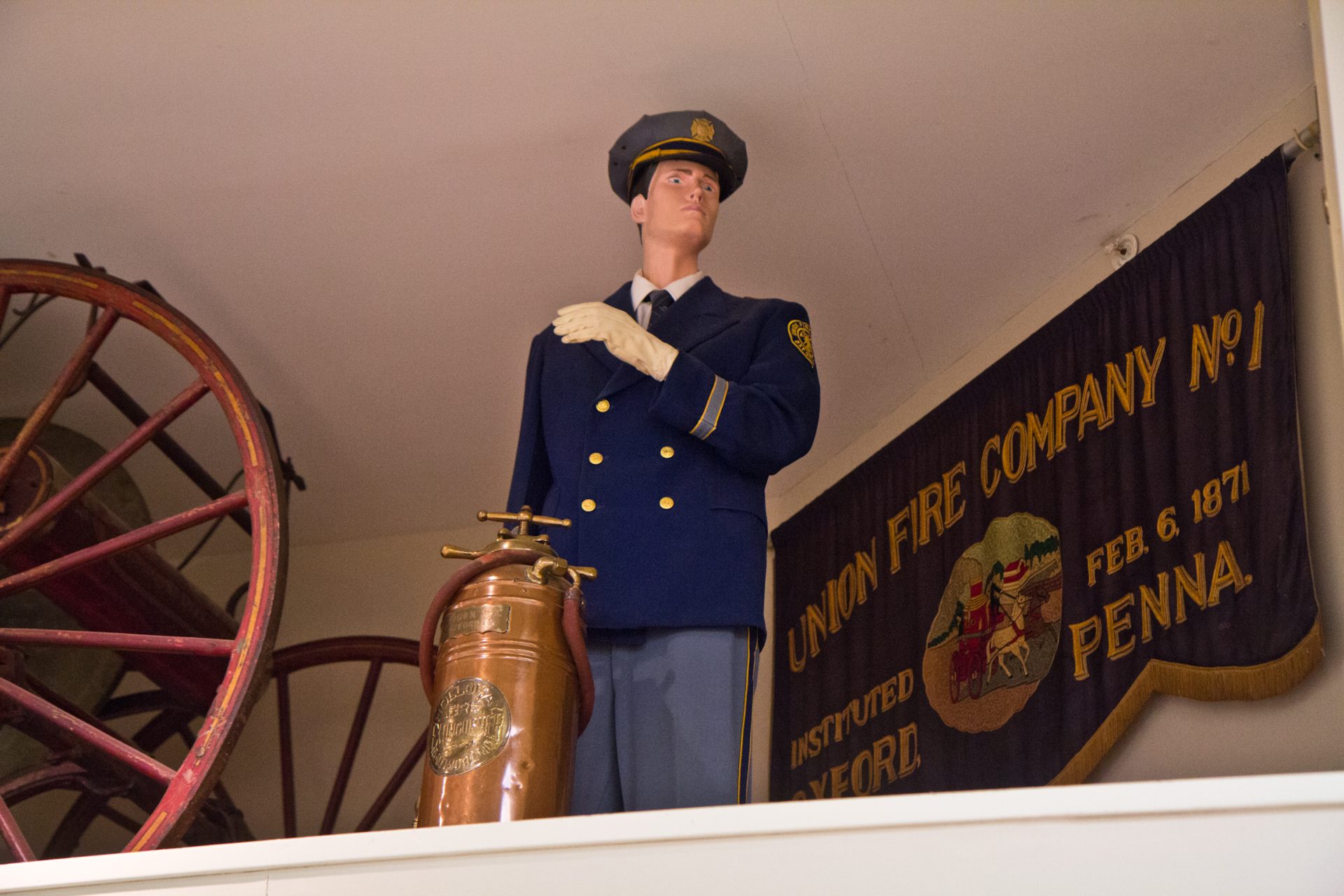 The Oxford fire company has been operating since 1871.

Lupe Nava and her 16-year-old daughter, Carolena, began volunteering at the department in 2018 after going through hundreds of hours studying in the classroom, practicing lugging around 80 pounds of gear, and finally heading out on live calls.

The duo have found purpose in the hard work that comes with volunteering at the station.

“She’s very much like me. We like to work,” Lupe said of her daughter. “We just like to get in there and get our hands dirty and it doesn’t matter what it is. Wherever we can help, that’s what we like to do.”

For Lupe, joining the force was an easy decision.

“I wanted to give back to my community in some way, so this was the perfect opportunity to get my feet wet and join something,” she said. “Also, [to] be a good role model to my kids so they also would hopefully follow behind me and do something to help out.”

Seeing how much her mother was enjoying volunteering at the station, Carolena decided to become a junior firefighter when she was just 15.

“I’ve always wanted to do something bigger than myself,” she said. “I thought about joining the fire department before, and then my mom joined and made it a lot easier to make that decision.” 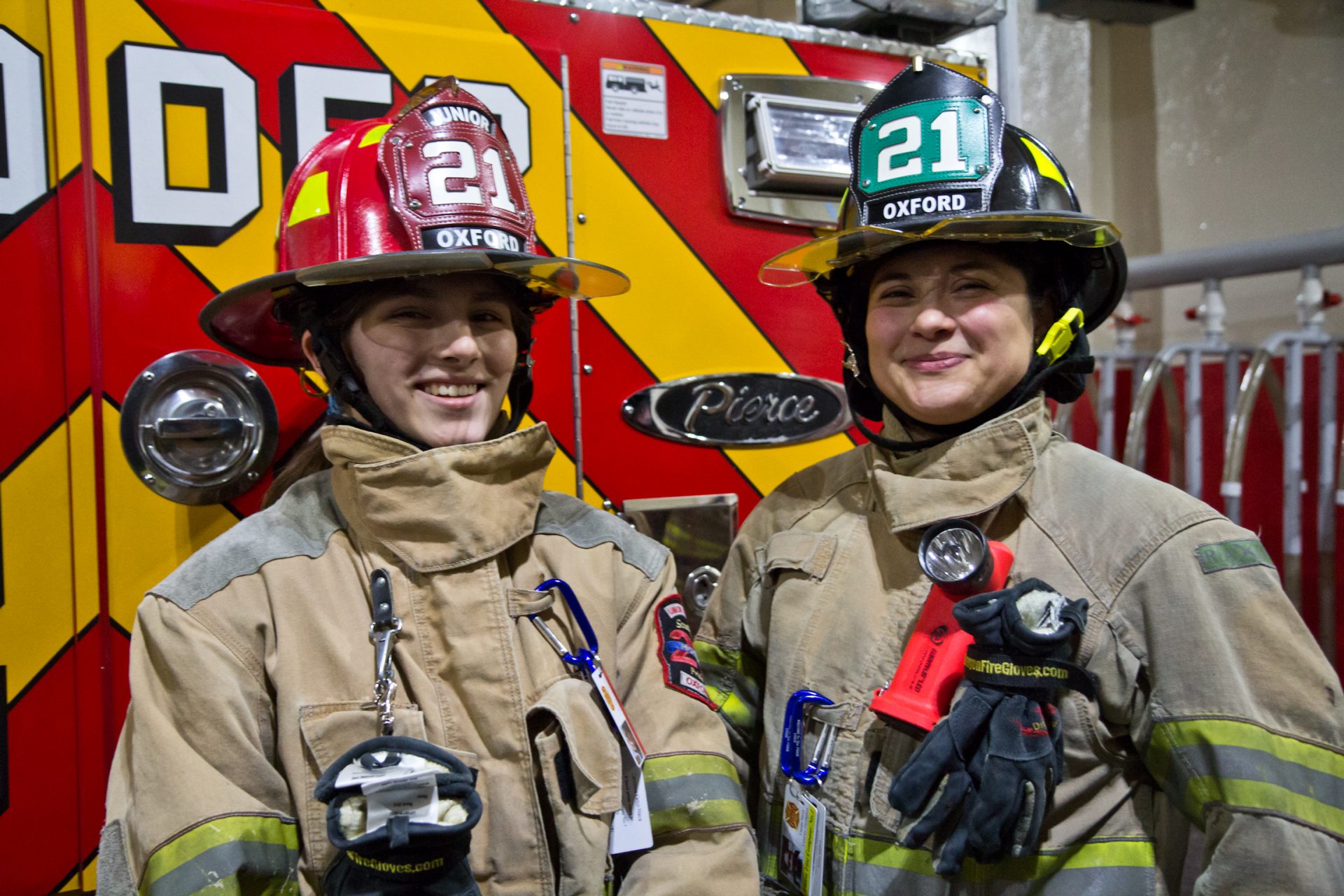 Carolena Nava (left) and her mom Lupita Nava are firefighters in Oxford, Pa.

Lupe’s parents — Carolena’s grandparents — were born in Mexico. The family speaks Spanish at home. Those skills are in big demand, since one-in-three Oxford residents are Latino. The Spanish-speaking population in this area has tripled in the last 20 years.

Lupe’s language skills were critical when she responded to a grease fire a few weeks ago at the home of a Spanish-speaking woman.

“She was cooking with oil, which is a very Hispanic thing. I knew that because of being Hispanic, the way I cook, I was able to talk to that mother and explain to her what was going on, and vice versa,” Lupe said. “So, part of it, just going in and being able to talk to someone in their own language gets that little bit of scare away from them … firefighters, or anybody barging into your home, can be a scary situation.” 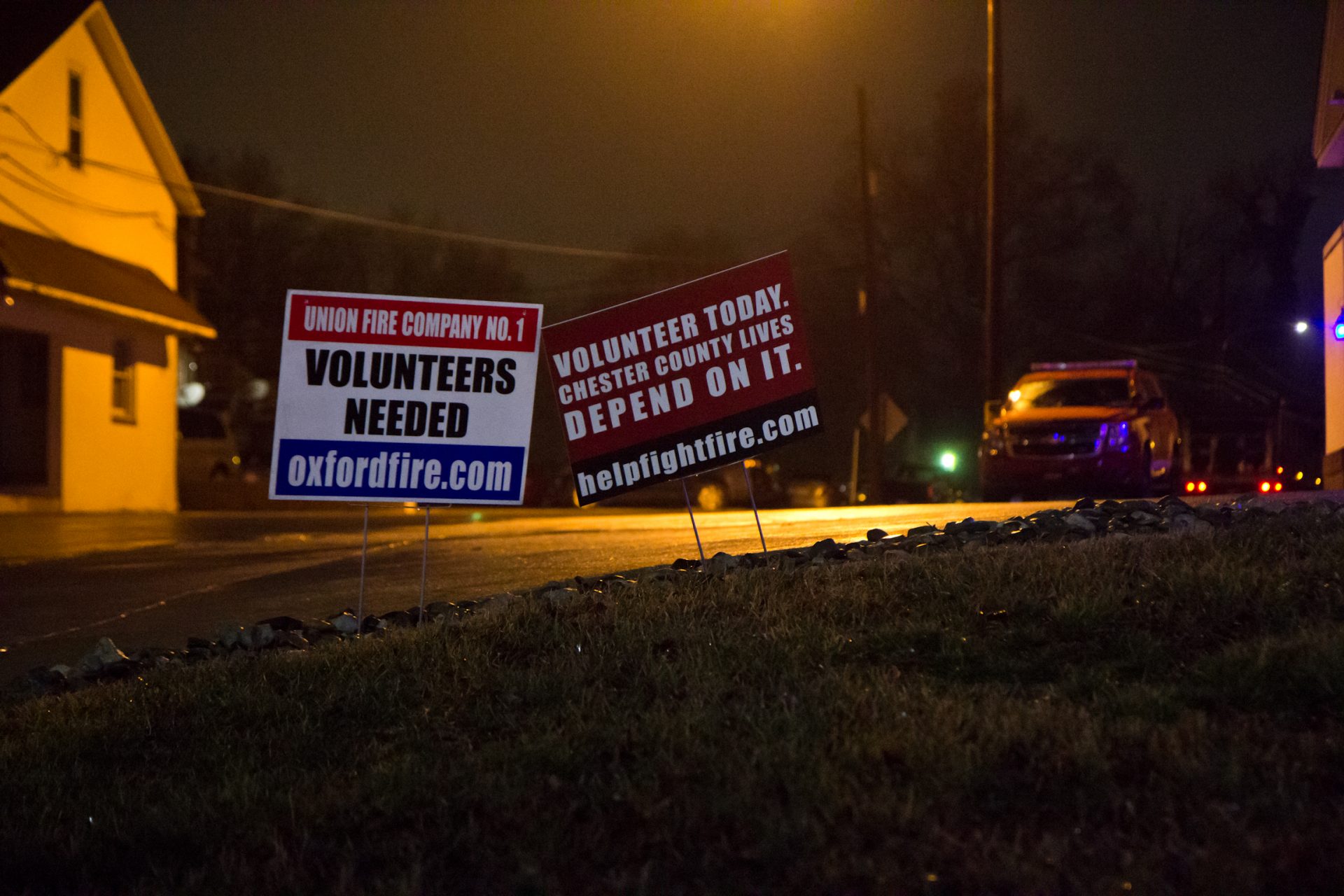 A few years ago, the station had just one Spanish-speaking firefighter to serve the thousands of Hispanic and Latino residents within Union Station’s jurisdiction.

Bridging the language barrier can be a life or death matter when the seconds count. Fire Chief Shane Kinsey recalls a time when they were trying to evacuate an apartment building because of a gas leak. It took too long because no firefighters on the scene could explain the problem to the building’s Spanish-speaking tenants.

Everyone was evacuated safely, but Kinsey says it shows why this recruiting is so urgent.

Union recently expanded its outreach to the Spanish-speaking community as part of a FEMA grant distributed to each station in the county by the Chester County Fire Chiefs Association.

Neil Vaughn, chair of the Fire Chiefs Association’s Recruitment and Retention Committee, says all fire companies need to change as their communities do.

“There’s no training manual, or there’s no set manual for kind of how that community changes,” he said. “It’s just learning the culture, and learning to get the word out … to say, ‘Look, we need help.’” 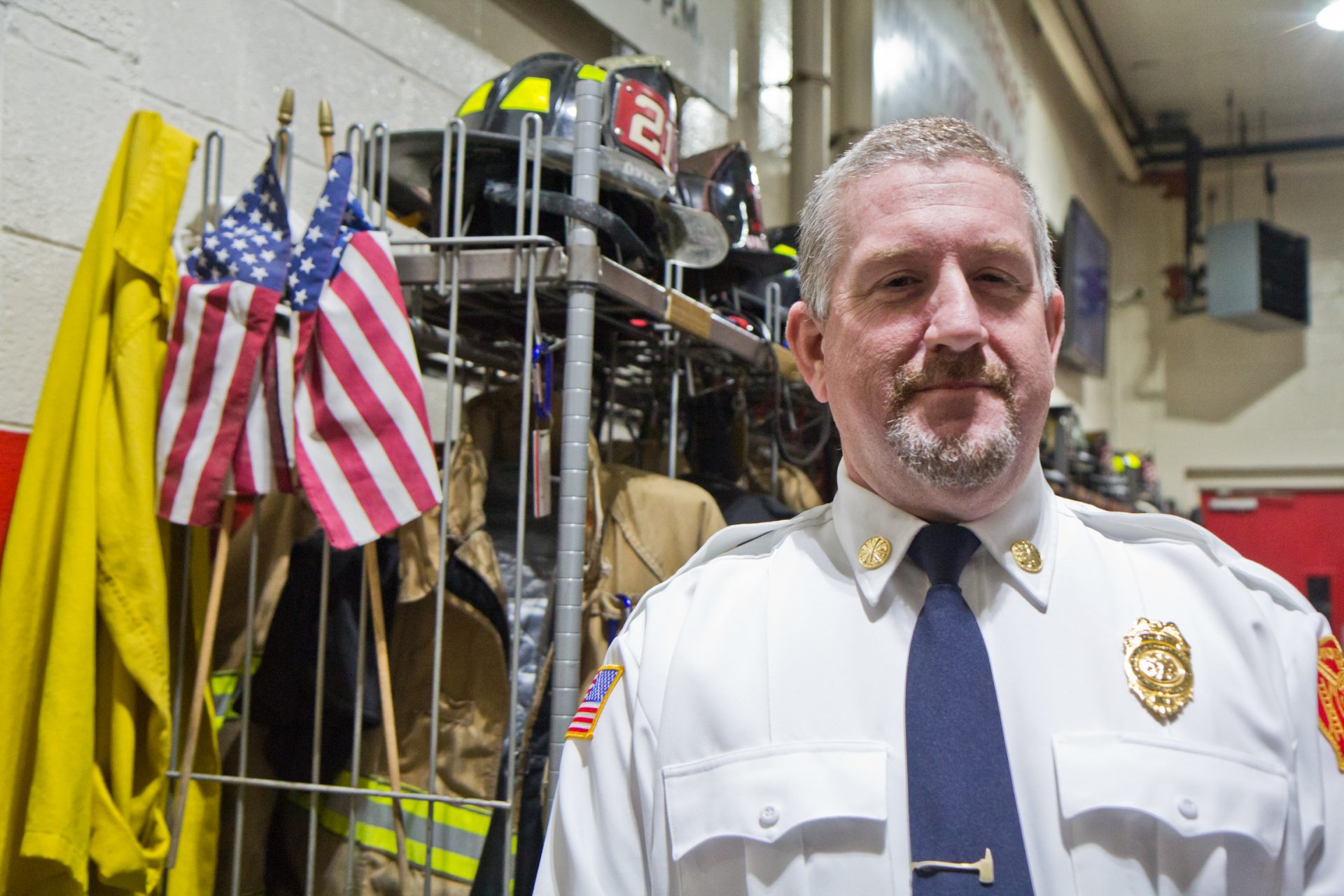 Shane Kinsey is the fire chief in Oxford, Pa.

Of the 30 firefighters the station recruited during the campaign so far, four of them speak Spanish fluently.

“It’s a significant part of our population. Traditionally, the Latino community as a whole is somewhat underrepresented in the fire service. And it’s something we would like to see move forward with getting more members from that community.”

Eventually, he would like everyone in the fire company to speak Spanish.

“It would be good for us to have someone that’s bilingual on every call, but within a volunteer fire service, that number’s kind of questionable.”

Union Fire Company is hoping that recruiting Spanish-speakers also will help reach a pool of potential volunteers who may have never thought there was a home for them in the firehouse.

For Lupe, responding to emergencies and being able to listen to people when seconds count, helps her connect with Oxford’s Hispanic community.

“Being able to get down to that level speaking to another Hispanic, I enjoy it, just because it brings me back to my main roots,” she said. “I don’t get that often … besides my mom that I speak Spanish to. So being able to talk to someone on their level, it’s nice to get to know them as well.”

Chester County residents interested in learning more about volunteering at their local fire station can do so by visiting www.helpfightfire.com.