Cases pending in Philadelphia courts allege children were tied up with duct tape by a driver paid for by the state to take them to preschool.

‘How could they do that to my kid?’: Parents sue state-funded van service after preschoolers tied up with duct tape

(Philadelphia) — Shakia Carter expected her son home any minute when she learned there had been an incident.

Her 5-year-old son told staffers at his preschool that a van driver had used duct tape to tie him up on the way to school a few days earlier. Surveillance footage showed the man binding her son and two other children’s wrists and ankles.

Carter had thought her son was safe. He was enrolled at the Children’s Crisis Treatment Center, a therapeutic nursery, because he struggles with hyperactivity. Hearing about the assault felt like a betrayal.

“How could they do that to my kid? This is my baby,” Carter said.

She hung up the phone with the school’s clinical director, who had delivered the news. She raced to the bus stop in a panic to meet her son. When she got there, Carter immediately asked her son if the driver there had duct-taped him. Upset, he told her no — it had been another driver, Jerome Price.

Price had been assigned to the route by transportation company CATCH Inc., a nonprofit contracted to transport kids to and from Children’s Crisis Treatment Center and other programs for youngsters with behavioral health needs. Earlier that week, a parent reported to school administrators seeing children aboard Price’s van “taped by the hands and feet.” Two other children had reported being bound by Price on that day, including a 4-year-old who said the driver had also taped his mouth shut.

CATCH pulled video from a camera mounted inside the van: There was Price, using duct tape to bind Carter’s son and another child by their wrists and ankles. An aide, assigned to assist Price on the bus, did nothing to stop him.

“At that point, my heart just dropped,” said Carter, recalling the moment the director described the disturbing video footage.

Price was later arrested by investigators from the Philadelphia Police Special Victims Unit and criminally charged. The case is pending. Meanwhile, Carter and the parents of the two other children allegedly restrained by Price have sought civil damages from  Children’s Crisis Treatment Center, CATCH, and several other companies that facilitate transportation for the center.

It’s unclear if they will ever see restitution. The lawsuit underscores the complex web of companies responsible for transporting tens of thousands of vulnerable children and low-income Philadelphians to clinics and behavioral health programs.

Records show CATCH hired Price through a temp agency and dispatched the driver through a contract with an Atlanta-based transportation brokerage called LogistiCare, paid through a three-year, $141 million state medical assistance contract. LogistiCare, in turn, contracted with the preschool.

Like a set of Russian nesting dolls, the layers of outsourced responsibility leave it unclear who, exactly, is liable for the training, monitoring and oversight of drivers like Price.

Carter’s son never returned to Children’s Crisis Treatment Center after the incident. She blames Price for the fear, anxiety and trauma her son continues to grapple with. She says the incident reversed the progress achieved through his months attending the therapeutic nursery. To Carter, the apparent lack of oversight of a driver entrusted with the lives of small, developmentally challenged children was particularly jarring.

“All of the other children on the bus had different issues,” she said. “How could you not be trained?”

She still wonders how many other incidents there were before a parent took notice on that day in November 2018.

“You just don’t wake up one day and duct-tape a kid,” she said.

A temp agency, Trinity Staffing, hired Jerome Price, now 43, in August 2018. Soon, he was placed at CATCH, driving children like Carter’s son to medical and educational services. Price reported prior work experience as a pharmacy technician, a driver for a different van company, and an outreach worker at a health clinic. He has no criminal background and passed child abuse clearances and other hurdles required for the job.

Just a few months after becoming a temporary staffer, a supervisor at Trinity recommended Price for full-time employment at CATCH. In an evaluation, the supervisor describes him as “willing to take on any challenge presented and always willing to go above and beyond for our department.”

He confessed to using the adhesive to bind the children, asserting in a written statement that the technique was meant to prevent the children from hitting or kicking themselves or each other.

“I have thought about it a (sic) realized it could be looked at the wrong way,” wrote Price. “Lord knows my intentions were none other than to protect the child from harming themselves or others as I transported them.”

As is standard for all CATCH rides, Price was accompanied by an aide, Joseph Talucci, who had worked at CATCH for over a decade. He witnessed Price using duct tape to tie the children’s hands, noting that Price described the technique as a “calming tactic,” and had threatened to use it prior.

“I didn’t want to say anything to look bad or be a snitch, and I was only with Jerome a couple times so wasn’t really sure how it goes,” Talucci wrote in a statement to CATCH management that is included in the court filings.

CATCH compliance officers interviewed other van aides who had worked with Price and also confirmed he had duct-taped kids or threatened to do so previously. He told one former colleague he learned the tactic during “military training,” although the driver did not report veteran status on a driver’s license form or in arrest records.

Price was suspended for five days, pending the results of the investigation. Price, Talucci and another aide that failed to report an earlier duct-taping incident were all terminated in December 2018.

The former van driver was arrested in February 2019 on felony charges of unlawful restraint of a minor, false imprisonment, and endangering the welfare of a child, as well as misdemeanor charges of simple assault and reckless endangerment.

David B. Mischak, an attorney with the prominent Philadelphia law firm McMonagle, Perri, McHugh, Mischak and Davis, is now representing Price in his criminal case. He said the driver’s actions did not rise to a level of criminality and were meant only to address “behavior on the van that posed a safety threat.”

“Mr. Price has an impeccable reputation for being a law-abiding, peaceable citizen and, particularly, he has an outstanding reputation for putting the interests of children first,” Mischak said. “We believe Mr. Price acted in a way that put not only their safety at a highest priority, but also the safety of all the occupants of the van.” 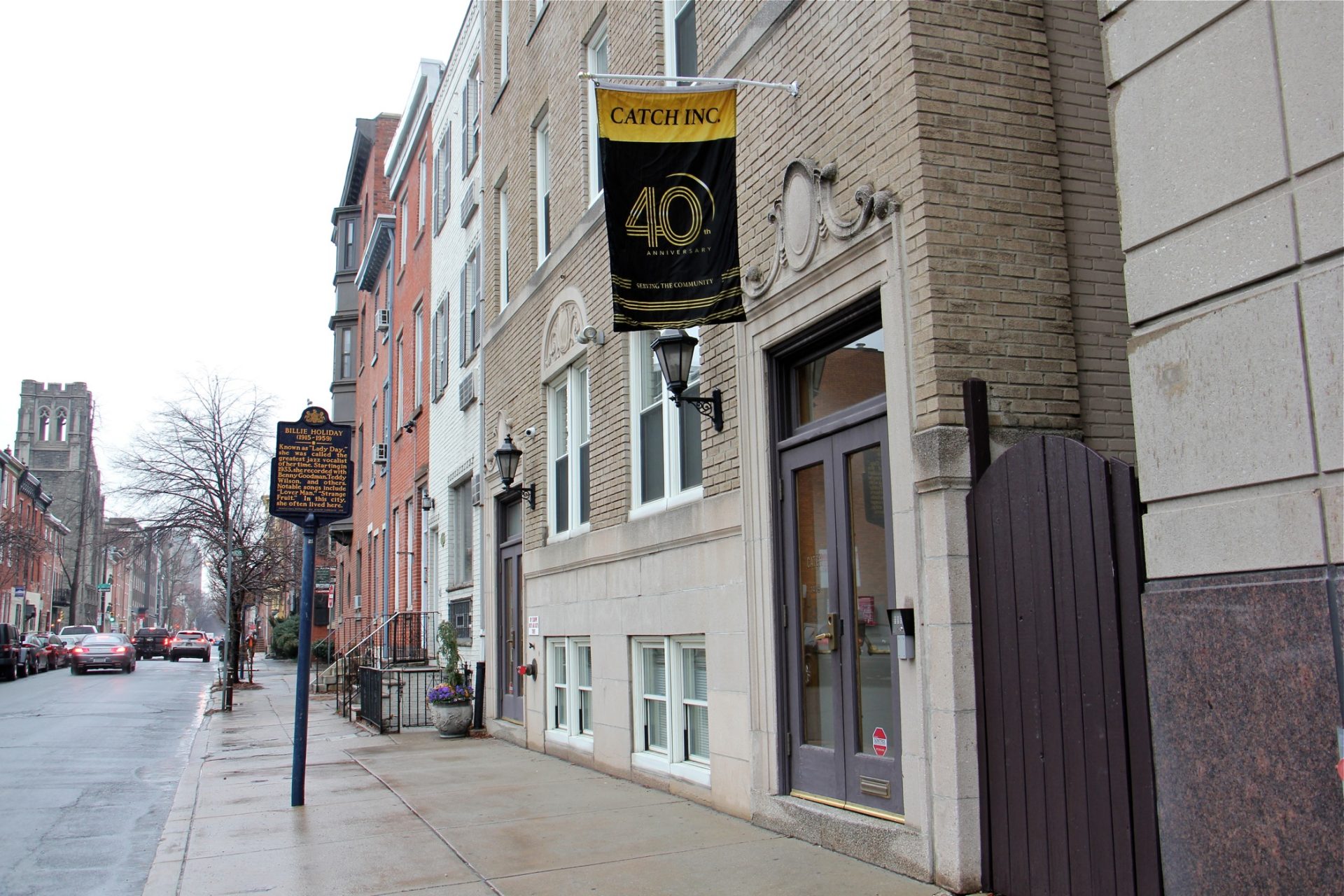 The only ride in town

Most families enrolled in early childhood programs like those at Children’s Crisis Treatment Center are on Medicaid and entitled to free non-emergency transportation services. But in Philadelphia, LogistiCare is the only game in town –– holding a virtual monopoly on non-emergency transportation for all medical assistance recipients in Philadelphia through a contract with the Pennsylvania Department of Human Services.

David Mandell, who directs the Center for Mental Health at the University of Pennsylvania, says that means both families and social service providers are at LogistiCare’s mercy and can do very little if its services are unreliable or worse, unsafe.

“We have no option,” said Mandell, who also oversees a program for kids with autism that has experienced ongoing trouble with LogistiCare and CATCH services. “There’s no other company we can go to to get rides for our kids.”

The state pays LogistiCare $20 million a year to oversee a network of 21 van companies, that, like CATCH,  transport kids with behavioral health needs to programs designed for them, such as the programs at Children’s Crisis Treatment Center. That is just a small piece of the state’s $141 million contract with the company; the bulk of the remainder goes toward public transit costs for Medicaid recipients who can travel to appointments independently.

LogistiCare bills itself as “the nation’s largest manager of non-emergency medical transportation,” managing tens of millions of rides annually in 49 states and the District of Columbia.

The company would not comment on ongoing litigation. In a statement, a representative wrote, “If there’s even one case of alleged wrongdoing, it is investigated and swift action is taken if appropriate.”

But it should have. LogistiCare is required to receive and respond to all complaints regarding the delivery of the state-funded transportation services it manages, according to the state Department of Health and Human Services. The department also requires LogistiCare to ensure that all its subcontractors have procedures for the prevention, detection, and reporting of suspected fraud and abuse.

CATCH has argued it should be absolved of responsibility for the 2018 duct tape incident because Price was employed by Trinity Staffing. In his deposition, CATCH’s Lewis also contended that it’s the Children Crisis Treatment Center’s responsibility to provide behavioral health training for the drivers, and LogistiCare’s job to give basic defensive driving training. Children’s Crisis Treatment Center responded that CATCH and LogistiCare hold responsibility for providing training for the labor they use, including drivers and attendants.

LogistiCare’s subcontractors are not prohibited from using temp agencies to hire drivers as long as LogistiCare verifies they comply with the rules outlined in the van company’s contract.

CATCH and Trinity did not respond to requests for comment sent through their lawyers.

Regardless of who is legally liable, Shakia Carter expected her special needs son to be in good hands.

“When you put your child in a program like this, how can you not expect for your child to be safe at all times and dealt with in an appropriate manner?” she asked. “I definitely expected them to have a million different strategies other than duct tape to entertain these kids and transport these kids.”

“We know there are other children that were abused”

The state’s current contract with LogistiCare expires at the end of February. The state plans to renew it for $94.4 million.

In what she describes as an effort to start over, Carter and her son recently moved out of Philadelphia. Carter said her son, after being duct-taped, feared traveling on vans or school buses, and even being at school.

“I’ll ask him, ‘Why are you having such a bad day?’ And he’ll say, ‘Well, Mom, sometimes I just think about the bus driver, think about the duct tape,’” Carter said. “‘I don’t feel safe.’”

Tomlinson, Carter’s attorney, says that surveillance tape from Price’s van shows other children he still hasn’t been able to identify, and that a second video appears to show Price using duct tape to restrain children prior to the November 2018 incident.

“We know there are other children that were abused,” Tomlinson said. “We want to help them.”

Youth homelessness on the rise in Pa., numbers increasing faster than U.S. average