The Appalachian Trail in central Virginia, near where the proposed Atlantic Coast Pipeline would cross. The trail stretches from Georgia to Maine and is hiked by more than a million people each year. 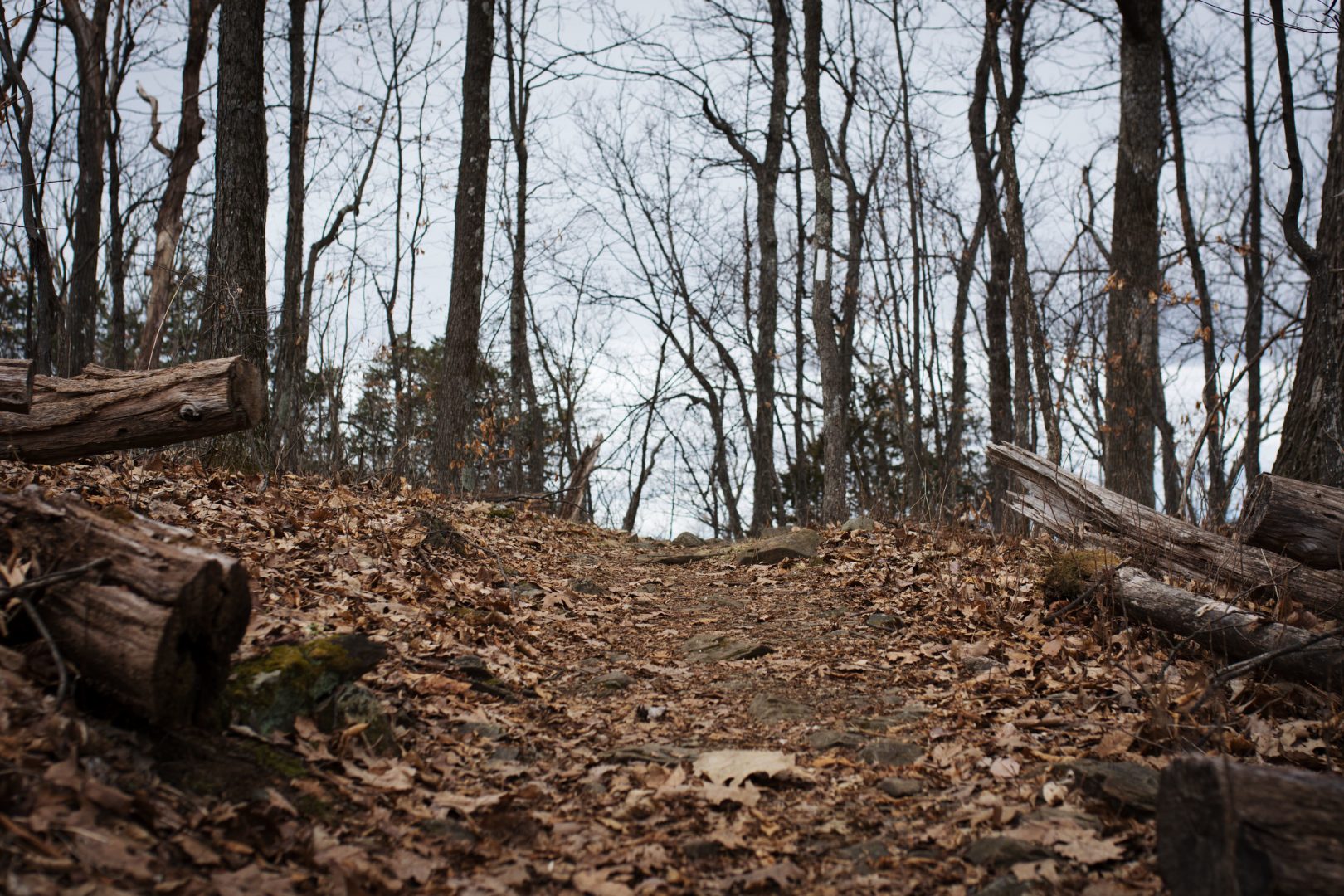 The Appalachian Trail in central Virginia, near where the proposed Atlantic Coast Pipeline would cross. The trail stretches from Georgia to Maine and is hiked by more than a million people each year.

The Appalachian Trail – the 2,200-mile hiking stretch that goes from Georgia to Maine — is at the center of a legal battle that has risen to the Supreme Court.

The case involves a proposed pipeline that would connect natural gas fracked in West Virginia to population centers in Virginia and North Carolina. The Atlantic Coast Pipeline would cross the Appalachian Trail within the George Washington National Forest in Virginia, and some environmental groups are challenging the legality of the permit the U.S. Forest Service issued allowing that to happen.

Those who manage the Appalachian Trail are not involved in the litigation of the case. Instead, they say it has become a football between two sides: the pipeline company and the environmental groups who oppose it. The Appalachian Trail Conservancy, the private organization that oversees the day-to-day management of the trail, is not involved because – perhaps surprisingly – the group does not oppose the pipeline.

The group coordinates efforts with federal and state agencies, more than 30 smaller regional groups and thousands of volunteers, and warns that a ruling could upend this complicated structure that allows them to maintain the trail.

The 600-mile, 42-inch wide Atlantic Coast Pipeline would cross the trail about an hour west of Charlottesville, Va., at a spot perched on a George Washington National Forest mountain ridge.

Downs has been up there about a dozen times since the pipeline was first proposed in 2014. 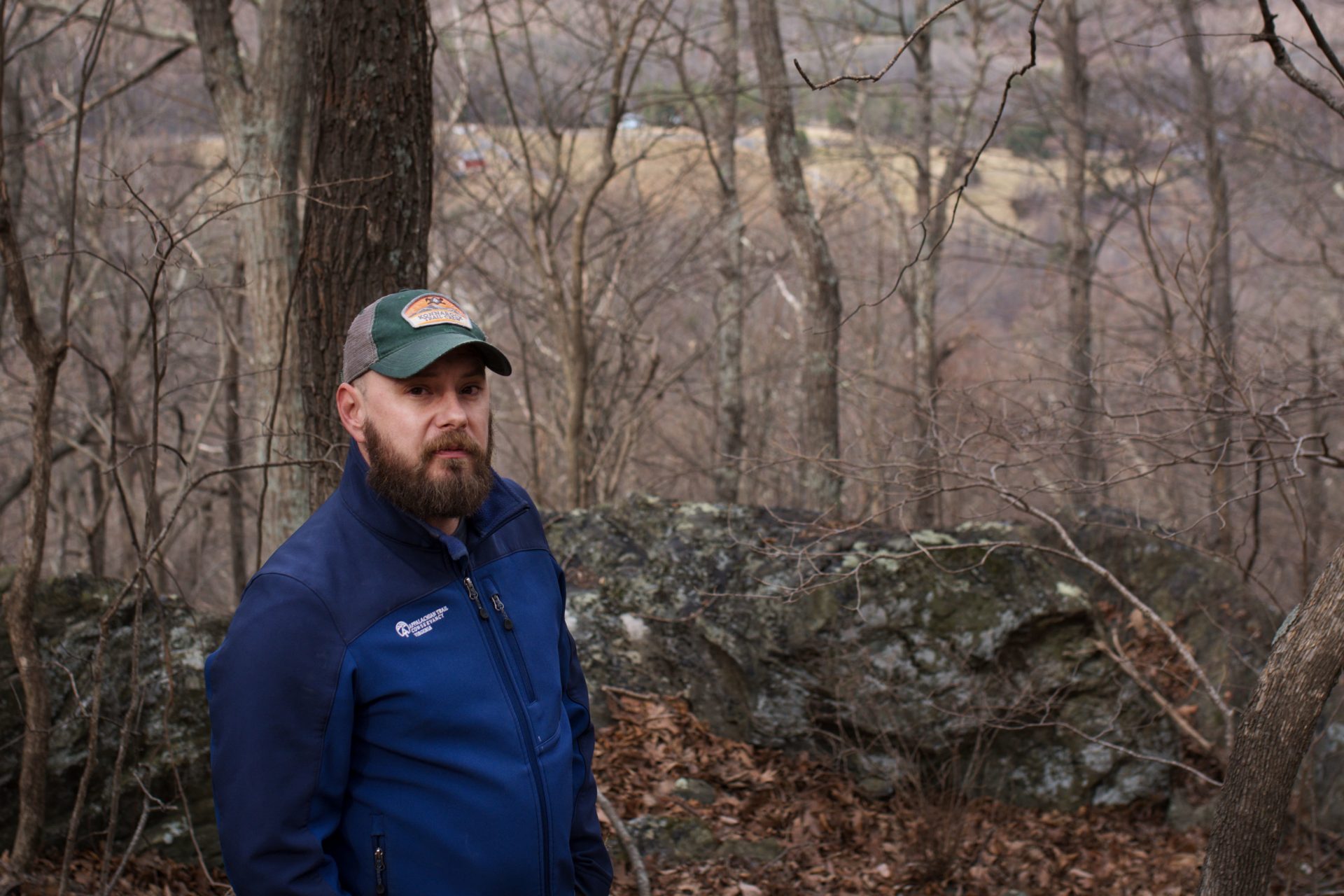 Andrew Downs, senior regional director for the southern region of the Appalachian Trail Conservancy, stands at the approximate spot where the pipeline would cross underground.

The conservancy has issued detailed policy for determining whether to oppose a pipeline proposal, and it is centered on how the proposal affects the trail. For this pipeline, at this spot, the group decided to neither support nor oppose it.

“That’s not to say that there aren’t direct impacts from the Atlantic Coast Pipeline to the Appalachian Trail. There are,” Downs says. “Our analysis led us to the conclusion that the scope and range of those impacts did not rise to the level requiring opposition.”

Another factor is the view. The pipeline’s pathway would be cleared of trees, and that would be visible from the mountainside. In an area where the trail is truly in the wilderness, that might be cause for opposition, Downs explains. But standing on the trail, it’s not exactly wild; the view from the ridge is dotted with houses, roads and fields. Additionally, the trail in this part of central Virginia runs adjacent to the Blue Ridge Parkway, and at the spot of the proposed crossing, the trail and the parkway are particularly close, just about 100 yards apart. You can’t see the parkway, but you can hear the cars.

“The reality is … the Blue Ridge Parkway is here, people’s homes are here, this is part of the society we live in,” he says. 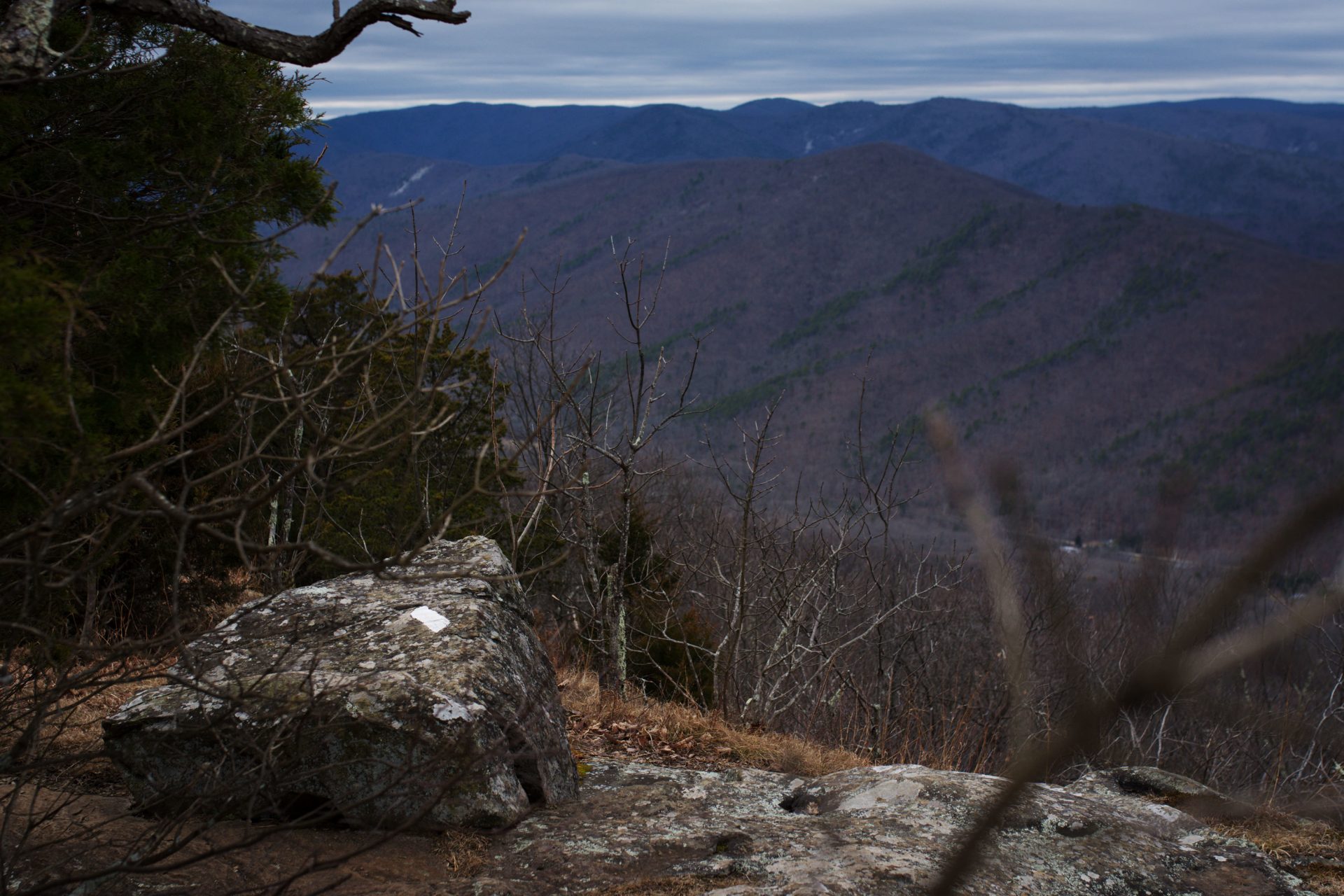 Looking west from this overlook in the George Washington National Forest in central Virginia, the pathway of the pipeline would be visible along the valley floor running to the north.

The case to be before the Supreme Court on Monday focuses on a technical question of legal authority: who is allowed to grant a permit for a pipeline on federal land?

Because the pipeline would cross the trail in a national forest, the Forest Service granted a permit to the pipeline company.

But the Forest Service doesn’t have the authority to grant a permit across a National Park. Though the trail is managed day-to-day by the Appalachian Trail Conservancy, it’s technically a unit of the National Park System.

“The Forest Service assumed it has jurisdiction because this piece of land is within the George Washington National Forest,” says Noah Sachs, a professor of environmental law at the University of Richmond. “Under an old law called the Mineral Leasing Act of 1920, the Forest Service has the power and the right to approve energy projects including pipelines throughout the national forests.”

However, lands in the National Park System are excluded from that law. Congress created national parks in order to preserve land, not for industry use. As such, only Congress can grant a permit for a pipeline to cross a national park.

“If, in fact, the Appalachian Trail is part of the National Park System, then the Forest Service had no authority to authorize this tunneling underneath it for the Atlantic Coast Pipeline,” Sachs says.

So where the trail crosses a national forest, who’s in charge when it comes to a gas pipeline permit?

The Southern Environmental Law Center (SELC) challenged the Forest Service permit and is the environmental group leading the litigation. The Fourth Circuit Court of Appeals, based in Richmond, revoked the permit in December 2018. The court found that the Forest Service lacked the authority to grant the pipeline permit across the trail. 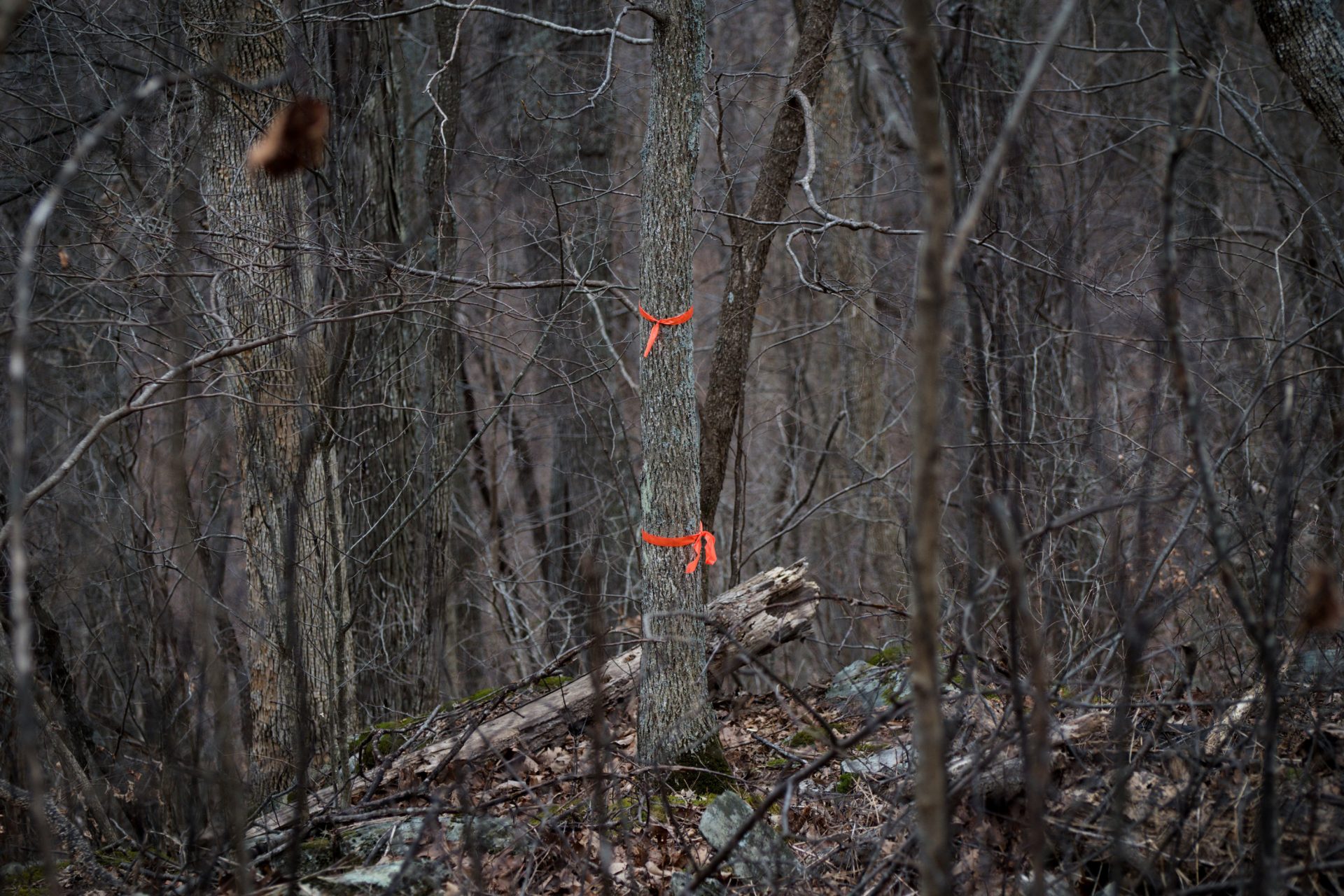 Orange flags near the trail mark the approximate crossing location of the pipeline, which would be tunneled hundreds of feet below ground.

The issue of on-the-ground authority over the Appalachian Trail has never been questioned in this way before. Trail officials say this worries them because of the way they manage it.

Because it crosses so many different kinds of lands — federal, state, parks, forest, even some privately owned land — the Appalachian Trail Conservancy has relied on decades of precedent, policies and understanding.

The Fourth Circuit’s ruling took those who manage the trail by surprise.

“Up until that point, we had operated under the assumption that when the trail is on Forest Service lands, or when the trail is on state lands, that those agencies have jurisdiction in terms of their legal framework or their regulations,” says Laura Belleville, vice president of conservation and trail programs with the conservancy. “We definitely weren’t thinking along those lines.”

It’s not that the cooperative management system would immediately come crashing down.

But a Supreme Court ruling could trigger a long bureaucratic process of reexamining and reestablishing all of those many processes and procedures that have been effectively in place for more than 50 years.

The Appalachian Trail Conservancy says it’s already seeing complications from the case. Belleville says the Forest Service recently asked the group to put on pause every planned maintenance project on national forest land. That included a trail relocation planned for this summer, when trail crews would have worked to move a portion of the trail to a less steep, more accessible route. The Forest Service declined to comment because of the ongoing litigation. 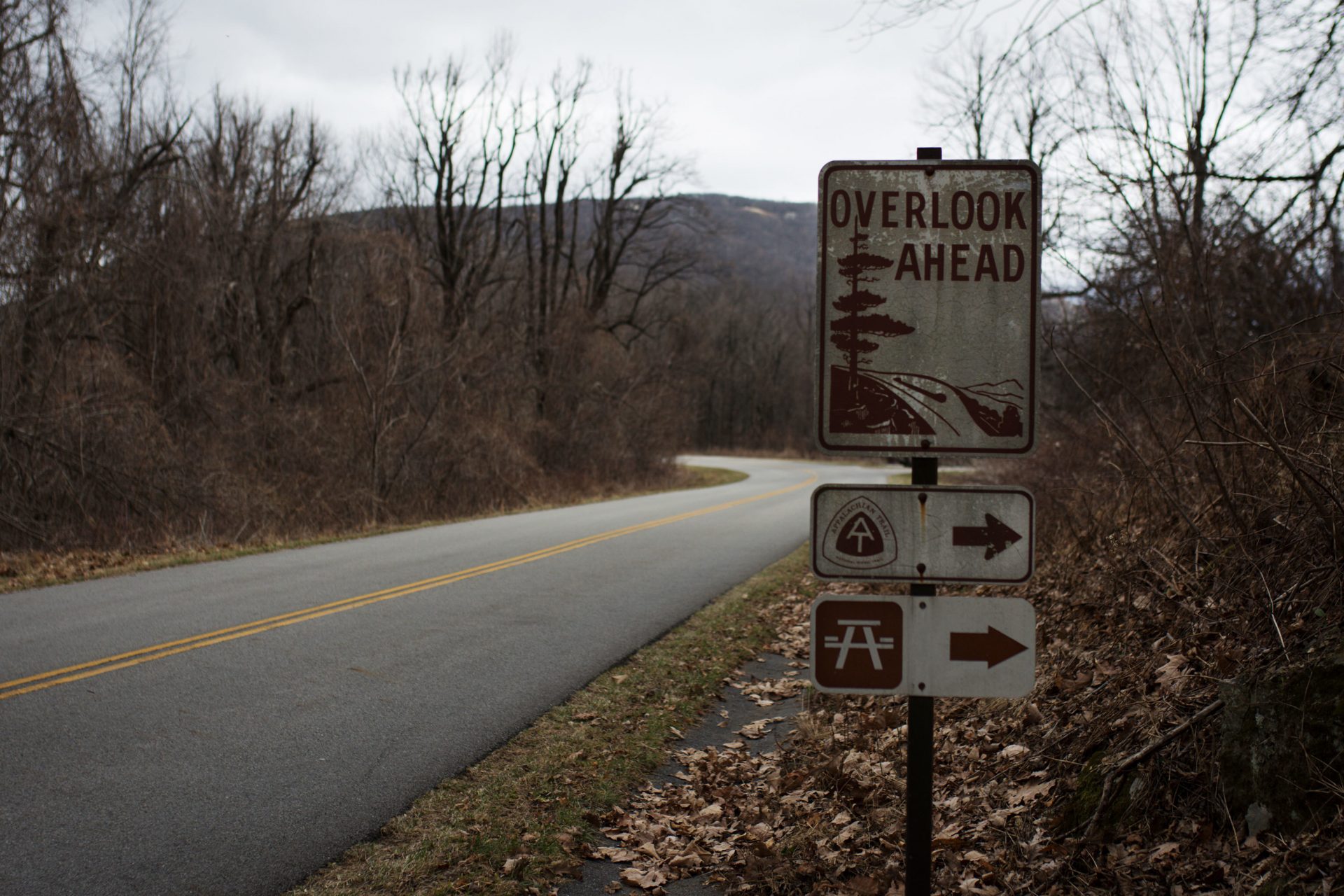 Also caught by surprise was Rita Hennessy, who retired last December as the administrator of the National Trails System, the office within the National Park Service that oversees national trails.

“The fact that it was identifying the Appalachian Trail corridor as part of the National Park Service, that’s what was most surprising. That’s not how we have managed the National Trails System for 50 years,” Hennessy says.

When asked how a Supreme Court decision to uphold might affect the administration of the Appalachian Trail, Hennessy reels off a series of policies that could be thrown into doubt: issues of compliance, land management, acquiring lands, trail maintenance, volunteer use. She says a ruling could also open the door to legal questions about other national trails that are managed in similar ways.

Hennessy says she will be watching the court proceedings with anxiety. Any decision by the Supreme Court could change things for the trail.

“Having worked with national trails for my whole 30-year career and beyond that, it’s something that’s out there that is just looming,” she says. “And we’re not sure how it’s going to be decided.”

The SELC says that the question before the Court is so narrow that it will not affect trail management.

“No one should worry that the outcome of this case is going to affect the cooperative management that has been part of the Appalachian Trail’s success and should be going forward,” says D.J. Gerken, an SELC attorney.

Either way the court rules, it’s not the end of the road for the Atlantic Coast Pipeline or for the environmental groups. The pipeline company is lobbying Congress for a special permit. The SELC has won several other challenges to the pipeline that will pose obstacles to its construction, no matter how this case turns out.

For the trail, though, this is the big one.

“There are a lot of organizations who are focused on many other things and do a lot of excellent work protecting the environment,” says Downs of the Appalachian Trail Conservancy. “And I applaud those folks. But there’s only one organization in the whole world that’s dedicated solely to the Appalachian Trail. And we have to make sure that our decision process reflects that level of focus, because if it’s not us that speak for the trail and only the trail, then no one else will.”