As Patty Fortney-Julius, left, offers support, her sister Lara Fortney-McKeever cries as she speaks to reporters during a news conference in Newark, N.J., Monday, Dec. 2, 2019. The two sisters from Pennsylvania are suing the Archdiocese of Newark and the Diocese of Harrisburg, Pennsylvania. They allege clergy in Newark knew a priest had sexually abused children before he moved to Harrisburg and abused them and their sisters for years. Lawsuits alleging sexual abuse by Roman Catholic clergy are taking center stage in New Jersey as the state's relaxation of statute of limitations rules takes effect. (AP Photo/Seth Wenig)

A woman who was abused by a priest in Harrisburg’s Roman Catholic Diocese said the diocese’s bankruptcy decision will make it harder for her to know the full scope of cover-up efforts — and for victims to confront those responsible for abuse.

“It just feels like re-victimization all over again,” Lara Fortney-McKeever, 47, said during a Thursday interview on WITF’s live radio show Smart Talk. “…There obviously are a lot of skeletons that they don’t want to be seen.”

Ben Andreozzi, an attorney representing Fortney-McKeever and abuse victims in other cases, said lawsuits against the Harrisburg diocese are about more than money.

In abuse lawsuits, Andreozzi said plaintiffs have a chance to see their abusers, or people who enabled the abuse, questioned at depositions. 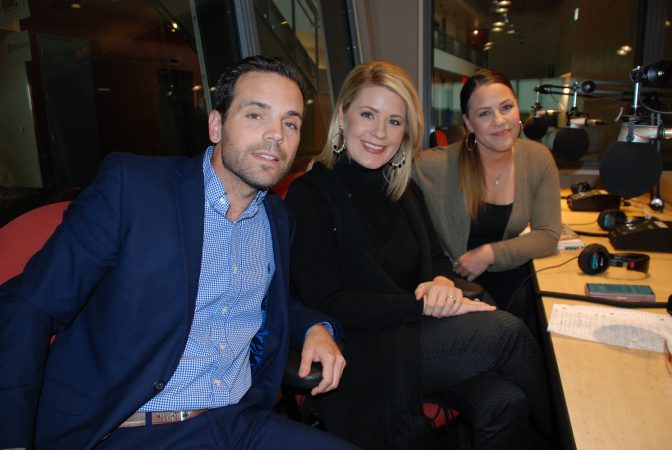 And they also have a chance to subpoena for records. In a Dauphin County clergy abuse case, for instance, Andreozzi said he was seeking about 100,000 pages worth of documents from the diocese. He said they’ve received about 5,000 of them so far.

But Andreozzi said a bankruptcy judge — who is responsible for weighing issues related to a large group of people owed money — is less likely to allow as many depositions or approve as many subpoenas.

Fortney-McKeever is one of five sisters who were abused by the same priest and whose story was highlighted in the 2018 Pennsylvania grand jury report that detailed decades of alleged misconduct and cover-up efforts in six of the state’s eight Roman Catholic Dioceses.

In December, after New Jersey opened up a statute of limitations window for victims, Fortney-McKeever and one of her sisters, Patty Fortney-Julius, filed a lawsuit against the Newark Archdiocese and Harrisburg Diocese, alleging officials there had protected a now-deceased priest.

Fortney-McKeever said Wednesday’s news conference, when the diocese said it had filed for Chapter 11 bankruptcy, was difficult to watch. In court documents, the diocese said it needs to enter bankruptcy in order to ensure that there is enough money available for all abuse victims to receive some compensation and for the diocese to continue its ministries and services.

Carolyn Fortney, 39, of Dauphin  County, said her parents settled her abuse case when she was younger, but she hoped lawsuits from her sisters and others would shine more light on the cover-up.

“It’s about us being able to find out who knew, why did they cover it up,” Carolyn Fortney said. “That is the biggest piece to a survivor’s puzzle that they need to put into place so that they can move forward.”

Matt Haverstick, an attorney representing the diocese, spoke during an earlier section of the radio show. He said bankruptcy is not an attempt to avoid the discovery process in court.

“I think that the discovery that will occur in bankruptcy is going to be essentially the same … that would occur in a court of common pleas in Dauphin County or anywhere else,” Haverstick said.

Haverstick said he expects the bankruptcy process will take about 12 months, although it’s difficult to predict.

In Pennsylvania, lawmakers have not yet enacted a temporary window to allow civil lawsuits whose cases are outside the statute of limitations. But a recent court decision in Pennsylvania, as well as actions in other states, have opened up more possibilities for victims. The diocese cited that potential liability as a factor in its decision to file for bankruptcy.

As leaders push back on criticism, debate over Democrats' direction continues