A sign outside the Roman Catholic Diocese of Harrisburg conference center and administrative offices in Lower Paxton Township, Dauphin County.

The diocese has been under financial strain from legal fees and payouts to people its clergy and other affiliates abused over many decades. 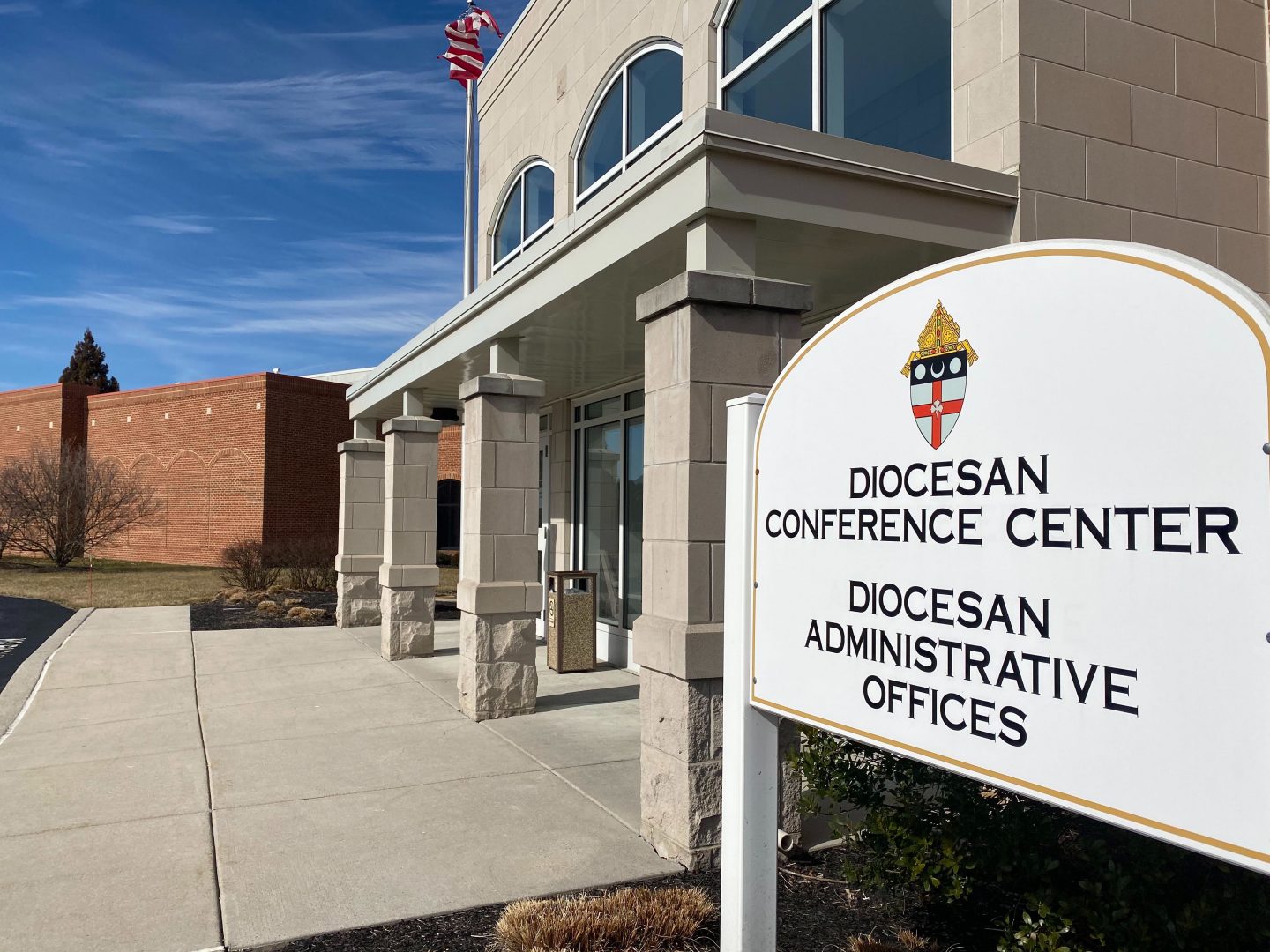 A sign outside the Roman Catholic Diocese of Harrisburg conference center and administrative offices in Lower Paxton Township, Dauphin County.

This story has been updated to include comments from Senate President Pro Tempore Joe Scarnati, attorney Richard Serbin, Harrisburg Bishop Ronald Gainer and Shaun Dougherty, a national board member for the Survivors Network of Those Abused by Priests.

Harrisburg’s Roman Catholic Diocese says it could be liable for between $50 million and $100 million as a result of clergy sex-abuse lawsuits, and said that “potentially significant exposure” has led it to file for Chapter 11 bankruptcy protection.

The decision comes more than a year after a grand jury report detailed decades of alleged child abuse and cover-ups by authority figures in six of Pennsylvania’s eight Catholic dioceses. The revelations set off a wave of legislative and legal action aimed at holding churches accountable.

​With its filing Wednesday in U.S. Bankruptcy Court for the Middle District of Pennsylvania, Harrisburg ​became the commonwealth’s first diocese to declare bankruptcy.

“I have a hard time believing that we’ll be the last, certainly in the country, and maybe not even in Pennsylvania,” Matt Haverstick, an attorney representing the diocese, said in advance of a Wednesday afternoon news conference at which the diocese presented its bankruptcy plans.

According to Penn State Law, which keeps track of these bankruptcy filings, 25 dioceses and other Catholic organizations filed for bankruptcy between 2004 and September 2019.

In its filing, the Harrisburg diocese attributed its financial difficulties to “numerous claims by survivors of clergy sexual abuse.”

The diocese keeps a list of all the people accused of sexually abusing children while associated with its churches and programs. The list, which only includes substantiated allegations, names 72 people implicated in abuse going back to the 1940s.

In a news conference Wednesday, Bishop Ronald Gainer said the burdens began mounting in 2016, when the diocese had to respond to the grand jury investigation and incurred “heavy legal costs.”

He said those costs kept rising after the report concluded in 2018.

In the wake of the grand jury report, the Harrisburg diocese — like most of Pennsylvania’s dioceses — set up a victim compensation fund that ultimately paid out about $12 million to more than 100 people its clergy, seminarians and other affiliates abused over the years.

That fund, Gainer said, successfully resolved most of the abuse claims.

However, according to the bankruptcy filing, the diocese still faces “potentially significant exposure from remaining claimants,” and so is declaring bankruptcy in order to settle those claims while still keeping its churches, schools and other ministries operating.

It also notes that while it’s attempting to “fairly” disburse its remaining assets, “​it is not possible to pay all alleged claims in full.”

Gainer apologized profusely to victims of abuse, priests who have done nothing wrong, and parishioners.

“I’m so sorry you are being put in this position because of our horrific past,” he said.

He departed the press conference quickly without taking questions.

Attorney General Josh Shapiro, who ordered the grand jury investigation into abuse in Pennsylvania’s dioceses, called the filing “yet another attempt to deny survivors the justice that they are owed by the Church.”

“It is of no surprise to me,” Shapiro said, “that these dioceses who engaged in sophisticated cover up of child sexual abuse have found a legal maneuver to skirt responsibility, absolve themselves financially, and continue to avoid transparency.”

According to its most recent financial audit, in 2018 the Harrisburg diocese claimed $181 million in total assets, including properties valued at $20.4 million.

However, in its bankruptcy filing, the diocese lists its financial assets as falling between $1 million and $10 million. It estimates its liabilities will be between $50 million and $100 million.

The discrepancy is because, technically, the parishes and schools in the diocese are considered to be their own legal entities and hold many of the diocese’s properties in trust, which means they’re not considered diocese assets for the purposes of the bankruptcy filing.

Diocese officials and counsel bristled at the suggestion that they’re trying to avoid paying for their history of abuse.

“I don’t think it’s the chief law enforcement officer’s job to…criticize people in the commonwealth when they are obeying the law,” Haverstick said of Shapiro’s comment. “That’s a policy question…I don’t think it’s a valid criticism.”

Haverstick said there is no single reason the Harrisburg diocese is in such financial trouble.

The compensation fund, he said, was a significant financial obligation — as were legal fees associated with the many abuse allegations.

But he said perhaps the biggest factor was one case, Rice v. the Diocese of Altoona-Johnstown, in which the state Superior Court decided victims who the statute of limitations bars from suing can still take legal action over cover-ups.

That could mean an influx of suits on old cases the diocese had long stopped factoring into its financial plans.

“That is one thing that went into the thinking, the idea that well, now, based on this Rice decision, we’re going to be opened to potentially really catastrophic lawsuits,” Haverstick said.

He added, however, that “in no way, shape or form should that be interpreted to mean that survivors caused the bankruptcy.”

“They didn’t,” he said. “The church will never stop apologizing for the harm that was done to those people.”

The diocese’s potential legal costs could get even steeper next year.

The state legislature is midway through the process of passing a constitutional amendment that would open a window for statute-limited victims to file civil suits on their old cases. The bill still needs to be approved by the legislature next session, and then would go to voters for a referendum. If approved, the window for lawsuits would open next year.

It is unclear how the bankruptcy filing will affect the diocese’s operations, but Haverstick said officials hope to keep churches, schools and charity programs running as usual.

In the legislature, Senate President Pro Tempore Joe Scarnati (R-Jefferson) opposed efforts to retroactively change the statute of limitations in 2018, but he supported the lengthier process of changing the state constitution.

In a statement Wednesday, Scarnati said the bankruptcy announcement “is truly unfortunate.” But he said he is pleased that victim compensation funds have provided financial support to victims.

“I was a strong and vocal advocate for compensation funds to be established, in order to help as many victims as possible,” Scarnati said. “Financial assistance cannot change the past, but is helping to aid victims as they attempt to move forward.”

Serbin said the diocese’s decision to seek bankruptcy protection will complicate the legal proceedings and require him to retain the services of bankruptcy attorneys and investigators for assistance. The decision also limits the discovery process — in which both sides of a lawsuit have to turn over relevant material.

Those documents would provide details on the scope of the complicity of people within the diocese to cover up abuse, Serbin said.

In court documents, the diocese said that if it didn’t pursue bankruptcy, money would be awarded to sexual abuse survivors “piecemeal” — and the diocese might run out of money before some survivors were ever compensated. The diocese said filing for bankruptcy was the best way “to fairly and equitably address the claims of survivors while ensuring that the mission and ministry of the (diocese) continues.”

“Having done this work for 32 years and seeing what the dioceses have done from a legal perspective, I don’t think their primary concern is fairness to the survivors of abuse by their employees,” Serbin said. “I think their concern is themselves.”

Shaun Dougherty, a national board member for the Survivors Network of Those Abused by Priests, sees the bankruptcy efforts as an attempt by the church to prevent victims from receiving the compensation they deserve.

“How much is a victim supposed to take? …It’s devastating,” Dougherty said.

Dougherty was speaking from Rome on Wednesday, where he traveled to follow-up on last year’s sex abuse prevention summit hosted by the Vatican. Dougherty says he was abused as a child by a priest in the Altoona-Johnstown diocese.

Learning how to use opportunity zones in Pittsburgh