A landmark law passed in the wake of the Penn State child sexual abuse scandal required background checks of anyone working with children, including volunteers such as Boy Scout leaders. But it isn't working as intended. (Photo illustration by Dawn Sagert / The York Dispatch)

As Boy Scouts of America files for Bankruptcy, Pa. chapters will stay afloat

We want the Boy Scouts to do everything in their power to get these individual survivors the resources they need to make their life better."

(Pittsburgh) — Barraged with sex-abuse lawsuits, the 110-year-old Boy Scouts of America filed for bankruptcy protection Tuesday in an effort to work out a potentially huge victim compensation plan, but local chapters may be insulated from the parent organization’s financial troubles.

Scores of lawyers are seeking settlements on behalf of several thousand men who say they were molested as scouts by scoutmasters or other leaders decades ago, but are only now eligible to sue because of recent changes in their states’ statute-of-limitations laws.

Bankruptcy will enable the Scouts to put those lawsuits on hold for now. But ultimately they could be forced to sell off some of their vast property holdings, including campgrounds and hiking trails, to raise money for a compensation trust fund that could surpass $1 billion.

The Boy Scouts of America – Laurel Highlands Council, which serves western Pennsylvania, as well as parts of Maryland and West Virginia, will be unaffected, according to chief development officer Erik Tomalis. 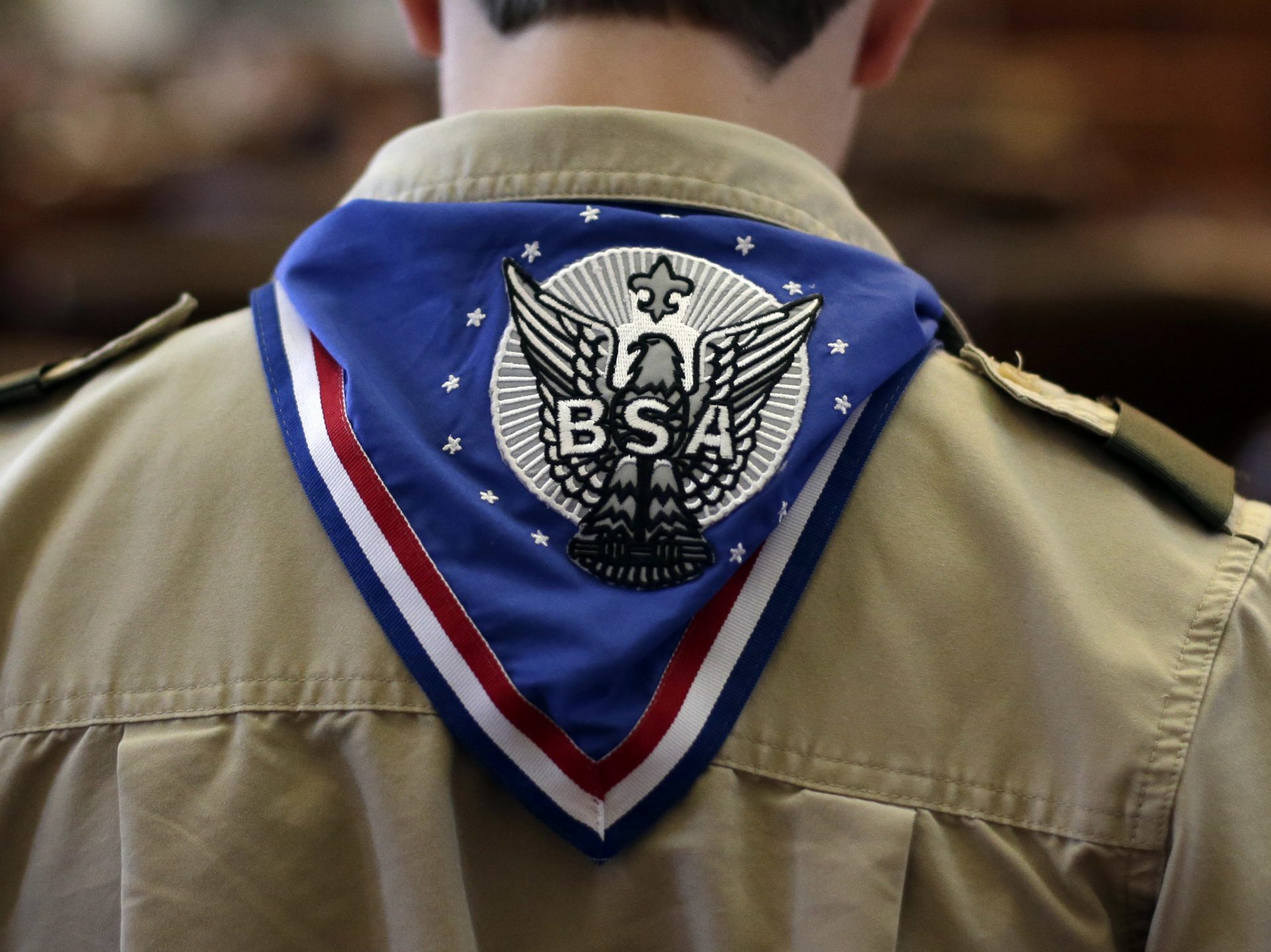 A Boy Scout wears an Eagle Scout neckerchief during the annual Boy Scouts Parade and Report to State in the House Chambers at the Texas State Capitol, February 2013, in Austin, Texas.

“Councils are legally separate, distinct and financially independent from the national organization,” Tomalis said in an email. “Meetings and activities, district and council events, other Scouting adventures and countless service projects are taking place as usual.”

The bankruptcy petition listed the Boy Scouts’ assets at between $1 billion and $10 billion, and its liabilities at $500 million to $1 billion.

The legal collaborative Abused in Scouting represents 1,800 alleged victims, including more than 130 in Pennsylvania and 30 in the greater Pittsburgh area. Abused in Scouting Attorney Andrew Van Arsdale said the bankruptcy means victims are one step closer to justice.

“There’s no adequate compensation that will ever make that person’s life go back to that day as if they were not abused,” Van Arsdale said. “We want the Boy Scouts to do everything in their power to get these individual survivors the resources they need to make their life better.”

Petitions pile up ahead of deadline for Pennsylvania primary