Paramedics in Portland, Maine, respond to a call for a heroin overdose. A new report estimates some $60 billion was spent on health care related to opioid addiction in 2018.

Seven of the top 10 counties in the country are in Pennsylvania, with Lancaster, York, Westmoreland and Bucks County placing in the top four. 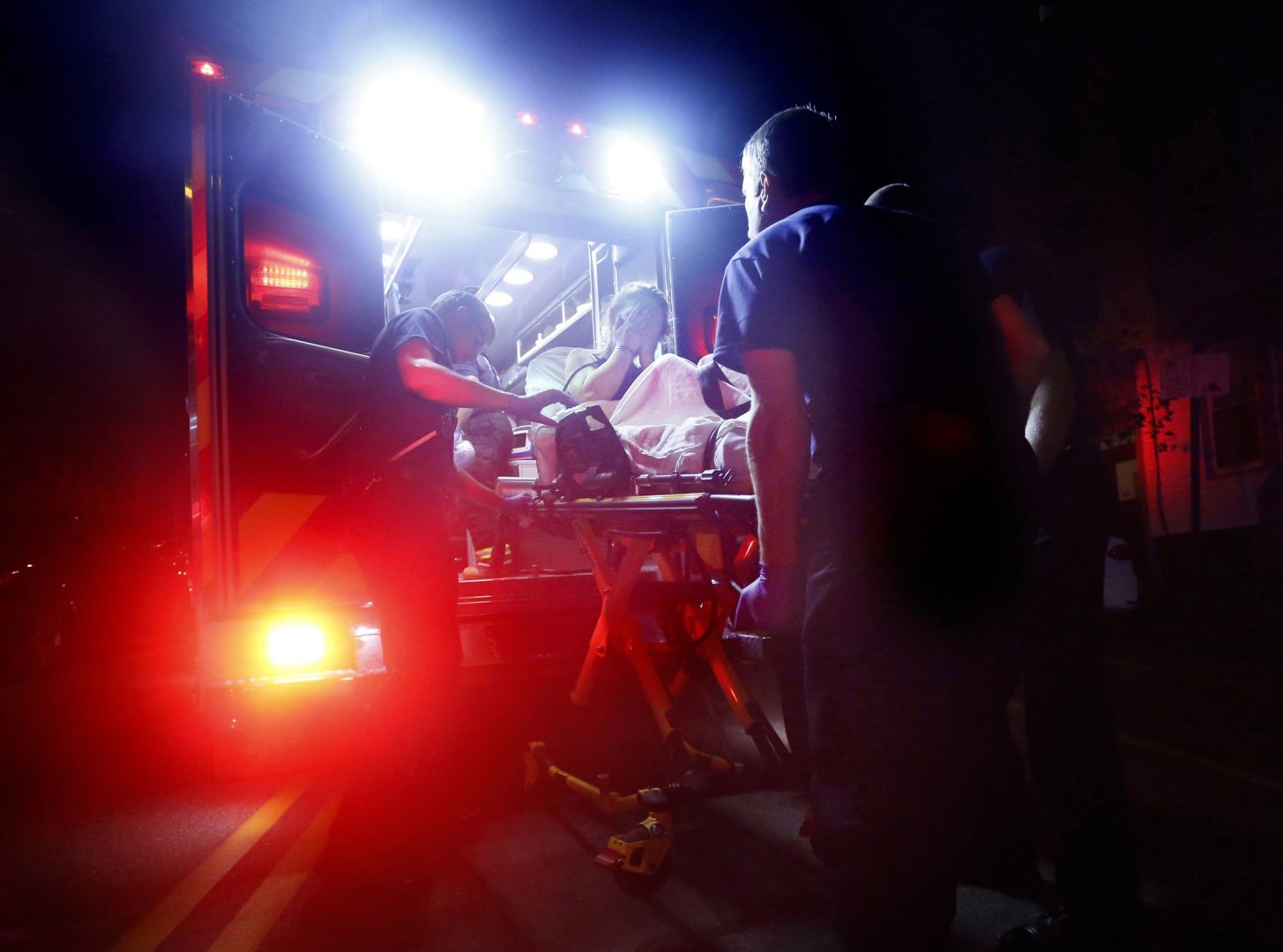 Paramedics in Portland, Maine, respond to a call for a heroin overdose. A new report estimates some $60 billion was spent on health care related to opioid addiction in 2018.

This story has been updated to correct a name. The Director of Public Defense Reform and Training at the National Association of Criminal Defense Lawyers is Bonnie Hoffman, not Barbara Hoffman.

(Pittsburgh) — Pennsylvania files criminal charges against individuals who sold or shared a drug used during a fatal overdose more than any other state with similar statutes.

The charge, called drug delivery resulting in death, is a legislative effort to curb drug overdoses and overdose deaths amid the opioid crisis. In order for the charge to stick, the prosecution needs to prove the defendant sold the drug that caused a fatal overdose. According to data collected by the Health in Justice Action Lab at Northeastern University’s School of Law, Pennsylvania prosecutors filed the charge 644 times in the commonwealth between 2000 and 2017 — nearly twice as much as the next leading state, Ohio.

Seven of the top 10 counties in the country are in Pennsylvania, with Lancaster, York, Westmoreland and Bucks County placing in the top four. Cumberland, Franklin and Dauphin counties are the others.

“That drop was the result I think of better enforcement, the prosecution of the fentanyl dealers, both for selling drugs and the drug delivery death cases, but also better treatment,” said Beaver County District Attorney David Lozier. Fentanyl is a synthetic opioid that’s been linked to nearly 70 percent of drug-related deaths in Pennsylvania in 2018.

Compared to 2018, Beaver County saw a decrease in overall overdoses in 2019, but an increase in overdose deaths. Lozier’s office has used the charge 18 times since he took office in 2016. He said there are currently four active cases and that there were eight cases in 2019.

Bonnie Hoffman, the Director of Public Defense Reform and Training at the National Association of Criminal Defense Lawyers, said punitive measures, like the drug delivery resulting in death charge, don’t help lower the amount of overdoses and overdose deaths. The nature of an addiction is that someone continues to engage in the behavior regardless of potential harm, she said, so a punishment would not stop someone from using drugs if they are addicted.

“Drug use and the criminalization of drug use is something in which we’ve taken a health issue and interjected it into the criminal justice system,” Hoffman said. This Sunday, May 21, 2017, photo provided by the Chester County District Attorney’s Office in West Chester, Pa., shows opioid drug packets, a syringe and other belongings found by law enforcement personnel in an addiction counselor’s bedroom at the Freedom Ridge Recovery Lodge, a suburban Philadelphia halfway house in West Brandywine Township.

“I don’t think prosecutors or police are going to claim that the enforcement is the sole reason for the reduction in deaths and the reduction of drug overdoses,” Lozier said. “This is a team effort.”

Despite the potential for treatment, Hoffman said the fear of a prosecution could prevent someone from seeking help during an overdose.

Hoffman said delivering a drug to someone else is what triggers the statute, widening the scope  of the legislation beyond traditional drug deals. Twelve-year-old Jarryn Myers prepares to pitch. Two years ago, Myers lost his father to a heroin overdose. Jarryn helped police to find the man who sold his dad the fatal dose.

“It’s not limited to the prosecution of individuals who we might traditionally think of as drug kingpins or drug dealers in that just purely for-profit business sense,” Hoffman said.

About half the time, Hoffman said, the charge is used against someone who shared the drug with a friend or relative who overdosed and died, instead of major dealers.

Lozier said this has not been the case in Beaver County. While he said he may look to someone who was involved with the overdose death in order to achieve the end result, a friend or relative is not who he intends to prosecute. He said he finds families of victims often want someone to face consequences.

“We’re looking for the drug dealer. Often what we’ve got is if we have, say, a boyfriend/girlfriend situation, or a relative situation, that may be involved in the final drug transaction,” Lozier said. “But if that spouse, boyfriend, girlfriend, friend, can lead us to the drug dealer who sold the drug to that couple, that’s who I want.”

Pennsylvania Attorney General Josh Shapiro first filed a drug delivery resulting in death charge in 2017, amid what the The Administrative Office of Pennsylvania Courts cited as a five-year high for the charge in the Commonwealth. Allegheny County reported 308 fatal overdoses in 2019.