‘It is going to be intense’: Democratic endorsement debate reflects changing party 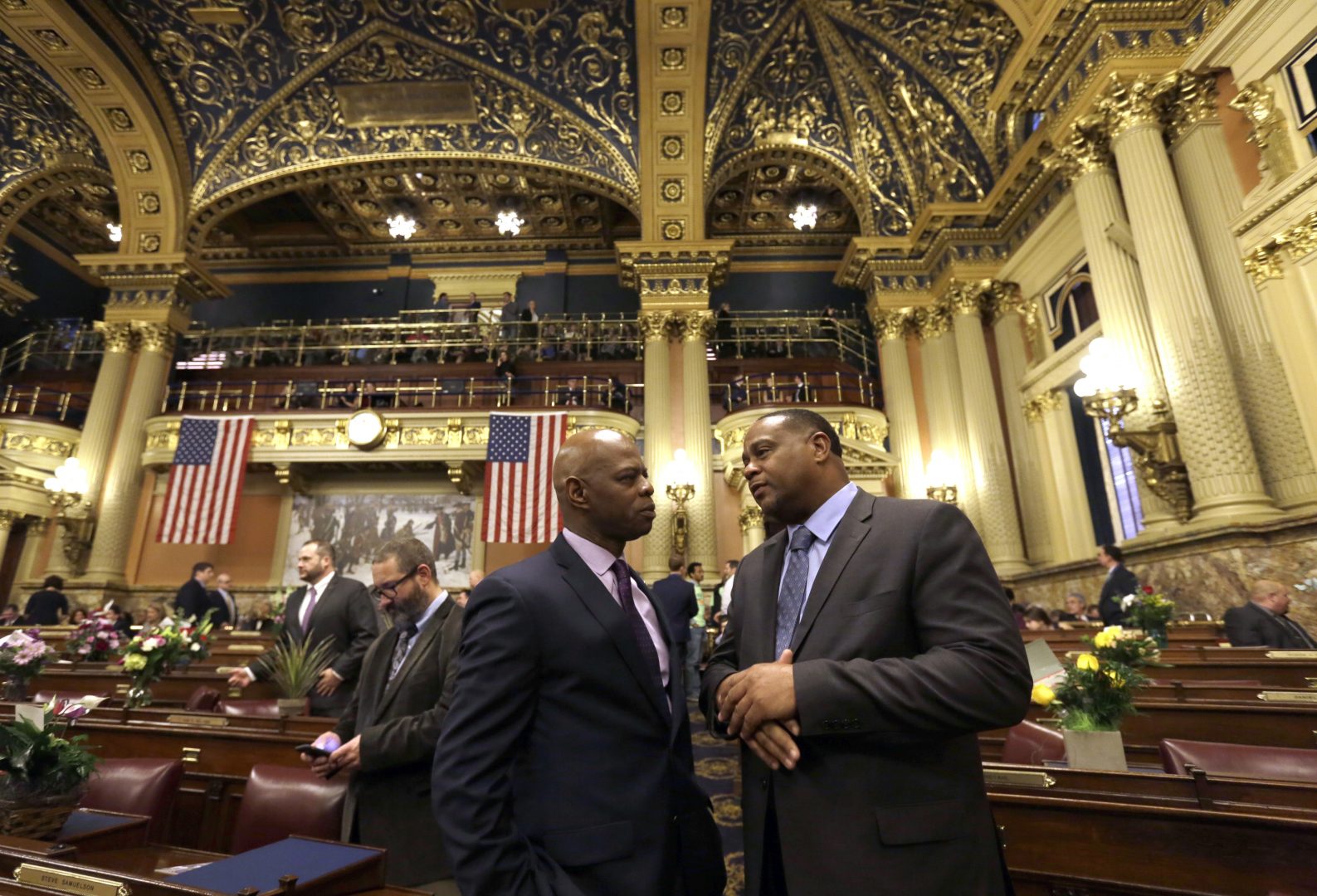 (Pittsburgh) — When Democratic Party leaders endorse a candidate running in the spring primary, they hope doing so will help unify the party. On Sunday, the Allegheny County Democratic Committee may have done so by accident: From the state level on down, just about every Democrat not on the committee is denouncing one of its choices.

Outcry over other endorsements, meanwhile, suggests potential rifts within a party that desperately hopes to come together by November.

Much of the controversy has swirled around the endorsement of Heather Kass to replace state Rep. Harry Readshaw in the 36th district. Party leaders picked her over a more progressive challenger, Jessica Benham, despite reports that in years-old social media posts, Kass had criticized the Affordable Care Act while speaking caustically about those suffering from opioid use. In one post, she briefly expressed support for Donald Trump.

Kass has previously apologized for the posts and pledged to “support the Democratic Party ideals.” But that wasn’t enough for state party chair Nancy Patton Mills, who on Monday evening issued a statement saying “Heather Kass’ statements are antithetical to Democratic Party values. We do not and will not support her candidacy.”

The state party does not generally get involved in primary races at the state House level, though it can provide logistical support like access to voter lists and bulk mailing rates. Party officials said that support would not be offered to Kass.

Numerous local elected officials, including Allegheny County Executive Rich Fitzgerald and Pittsburgh Mayor Bill Peduto, also voiced concerns about Kass on Monday. Calls to reform the committee — and potentially scrap the endorsement process entirely — were made by Democrats ranging from County Councilor Bethany Hallam, a newly minted progressive champion, and party stalwarts like state Sen. Wayne Fontana. And one of the Democrats’ most important allies, the Allegheny Fayette Central Labor Council, issued a statement in which the group’s president said he was “appalled” by Kass’ endorsement.

“We sometimes disagree over which candidates we support,” said Labor Council president Darrin Kelly. “But there is absolutely no disagreement over the fundamental values that we all share.”

“[Kass’] social media posts made me sick,” Kelly said. “They do not reflect our values in the labor movement or in the Democratic Party, and they should be disqualifying for anyone seeking our support.”

The labor council, which serves as an umbrella group for organized labor unions, makes endorsements of its own, though it did not pick a favorite in the Benham/Kass race. Sources say Benham came within two votes of meeting the two-thirds threshold for being endorsed, but just enough votes were siphoned off by another contender, Ed Moeller of Brentwood. Kass was not nominated.

County Democratic chair Eileen Kelly — who happens to be the aunt of the labor council head — said she could not recall labor publicly rejecting a nominee so publicly before. “Not in my memory,” she said.

She noted that as county chair, she was obligated to honor the committee’s endorsements, and played down concerns about a rift within the party. “It’s the day after the endorsement. It’s hard feelings, but I think we’ll be united [in the fall]. Sometimes there are angry responses. The people who usually complain are the people who lose.”

Also snubbed by the committee on Sunday was state Rep. Summer Lee, a first-term incumbent from the 34th House District and the first African-American woman to be elected to the state house from Allegheny County. Her rival, Chris Roland, has already received considerable backing from labor groups including the Labor Council itself. Among the factors: Lee’s opposition to fracking for natural gas, and her denunciation of the effects of industrial pollution on low-income communities and people of color.

Longtime party observers say it is all but unprecedented for the committee to not endorse an incumbent. But the county’s other black elected officials are publicly standing with Lee.

“I’m going to be with her,” said state Rep. Ed Gainey, who represents Pittsburgh’s eastern neighborhoods. “You’ll see guys like myself, [fellow black legislators] Jake Wheatley and Austin Davis continue to speak out.”

Gainey and others said the local turmoil reflected a broader tension within the Democratic Party nationally. As a whole, the Allegheny County committee has long been seen as older, whiter, and more conservative than many of its voters. And the debate about its endorsements echoes the party’s efforts nationwide to embrace a more liberal and more ethnically diverse base without losing white blue-collar voters.

“This didn’t just start in the past 24 hours,” said Gainey. “This has been coming for some time. The county is going through a change, and there’s a new mindset out there.”

One change that has already taken place, he said, is the rise of officials like himself, Lee and other progressives. While their perspective may not control the local party apparatus, he said, they have achieved a critical mass to challenge it.

Jim Burn, the county Democratic committee’s previous chair and until recently its solicitor, said that it can be difficult to generalize about a party’s direction based on a handful of endorsements. That’s because while endorsements are made in the name of the party as a whole, the actual decision about who to pick is made solely by the committee people in each district, and local factors play a large role.

But taken together, Burn said, the endorsements painted a less-than-flattering portrait “that the party can ill afford — that it is pushing newcomers aside at a time it needs to build bridges to a new generation.”

Lee herself said Sunday’s outcome did not surprise her. Given that she won her seat from incumbent Paul Costa without the committee’s backing in 2018, it didn’t faze her much either.

“The party talks about how much it wants to be more culturally representative of the party’s base,” she said. “But they’ve proven time and again that they haven’t figured out how to do that when it comes to black women.”

And on issues ranging from criminal-justice reform to the environment, she said, “We are absolutely having a battle of ideology and policy, and it is going to be intense for awhile.”

Lee acknowledged that many Democrats were fearful of division in the months before the 2020 Presidential election: National media outlets have recently made a cottage industry of writing about how the fracking issue in particular threatens to fatally divide the party this year. But she said, “We’re always in an election cycle, and people who are comfortable are always going to say now is not the right time to have this discussion.”

Lee said she’s seen a noticeable uptick in fundraising since the endorsement — and even some Democrats who are wary of her privately say that despite the endorsement, she’s still a favorite to win re-election. But Lee said the party has “missed an opportunity” to connect with the voters who are supporting her — and whose support the party will need.

“The work that we’re doing will have benefits in November,” she said. “It’s just too bad we’re not all working on the same side now.”