Grass and shrubs take over the closed Fort Brown Memorial Golf Course in Brownsville, Texas. The course was original built by the University of Texas system but the facilities are on the south side of the border wall. Golfers didn't like having to drive through a gate and being walled off from the rest of the city and eventually stopped coming to the course.

A visit to the now-defunct Fort Brown Memorial Golf Course in Brownsville, Texas, is a cautionary tale of how Trump’s border wall can create dead zones. The clubhouse is shuttered, par signs are fading, and the once-manicured greens are fields of weeds.

In 2008, U.S. Customs and Border Protection, working with the University of Texas at Brownsville, built a security fence on the southern edge of the campus that effectively walled off the popular golf course from the rest of the city.

Golfers stopped coming, and the course, which was operated by the university, eventually went bankrupt.

“What used to be a very active place, very friendly place, for students and for our golf team and for winter Texans has become a deserted, sad, desolate no man’s land,” says Juliet Garcia, the former university president, who fiercely fought the border wall. She stands in the empty parking lot, littered with trash and palm fronds.

“None of us come over here,” Garcia says, looking around sadly. “You don’t feel protected in any part of the land that is south of the wall.” 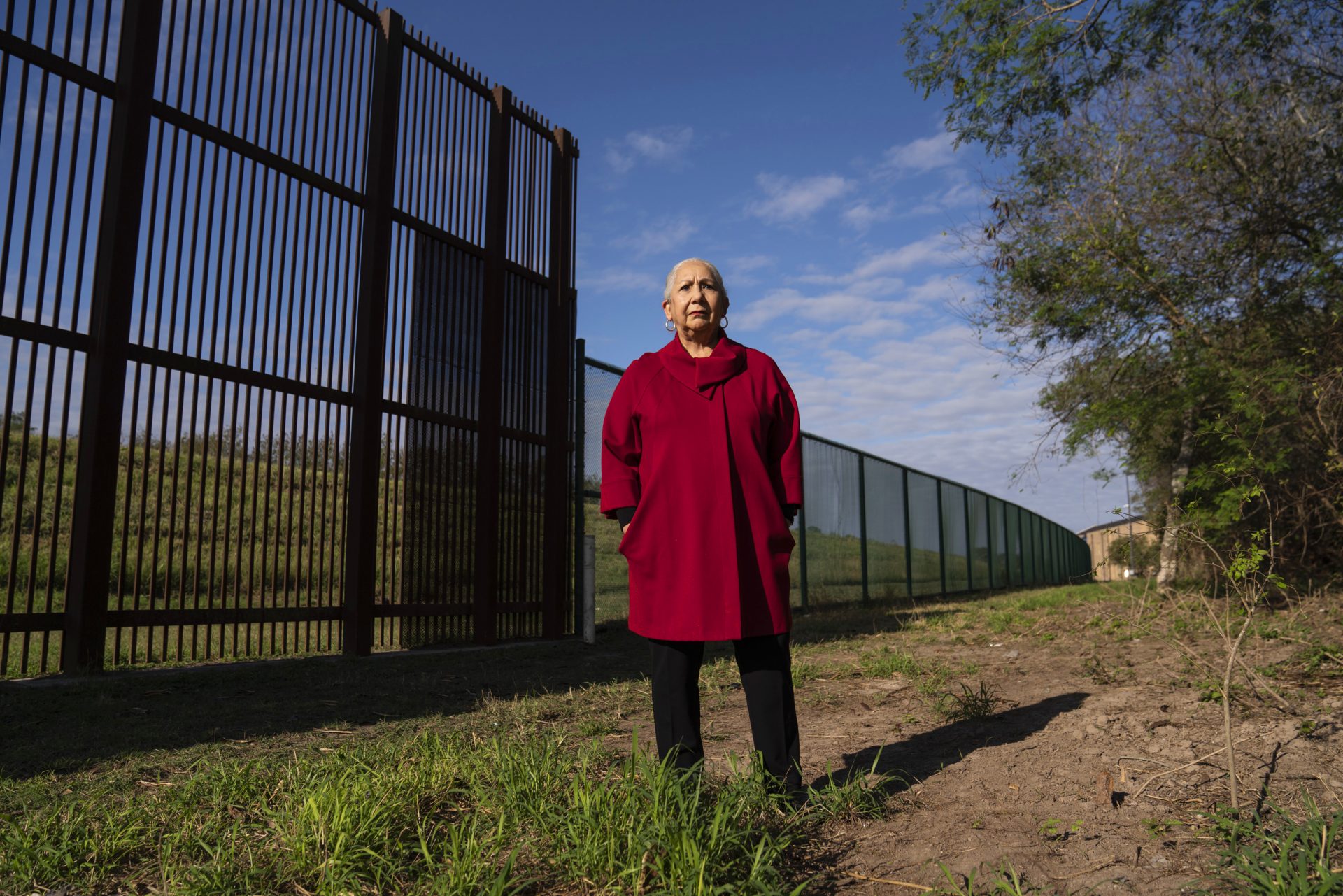 Juliet García, former president of the University of Texas at Brownsville, stands behind the border wall.

When the government constructs its border barrier in California, Arizona and New Mexico, it runs along the arrow-straight land boundary with Mexico. But in Texas, that boundary is the meandering Rio Grande. And because of flooding concerns, the border wall is often built some distance away — as much as a mile north of the river. That leaves thousands of acres between the water and the wall — all of it American soil — as no man’s land.

Landowners fear the wall will effectively sever their acreage from the United States, leaving it abandoned, lawless and unprofitable.

Trump has pledged to build more than 500 miles of new border wall by 2021, if he wins a second term. On Thursday, the Pentagon informed Congress it would reprogram $3.8 billion — that was earmarked for aircraft, vehicles and ships — to pay for 177 additional miles of barrier to be built along the western desert border.

While some applaud a 30-foot-tall structure to keep out immigrants and drug runners, down in the Rio Grande Valley it has run into opposition. So far, 55 property owners have gone to court to try to block the survey and construction crews. 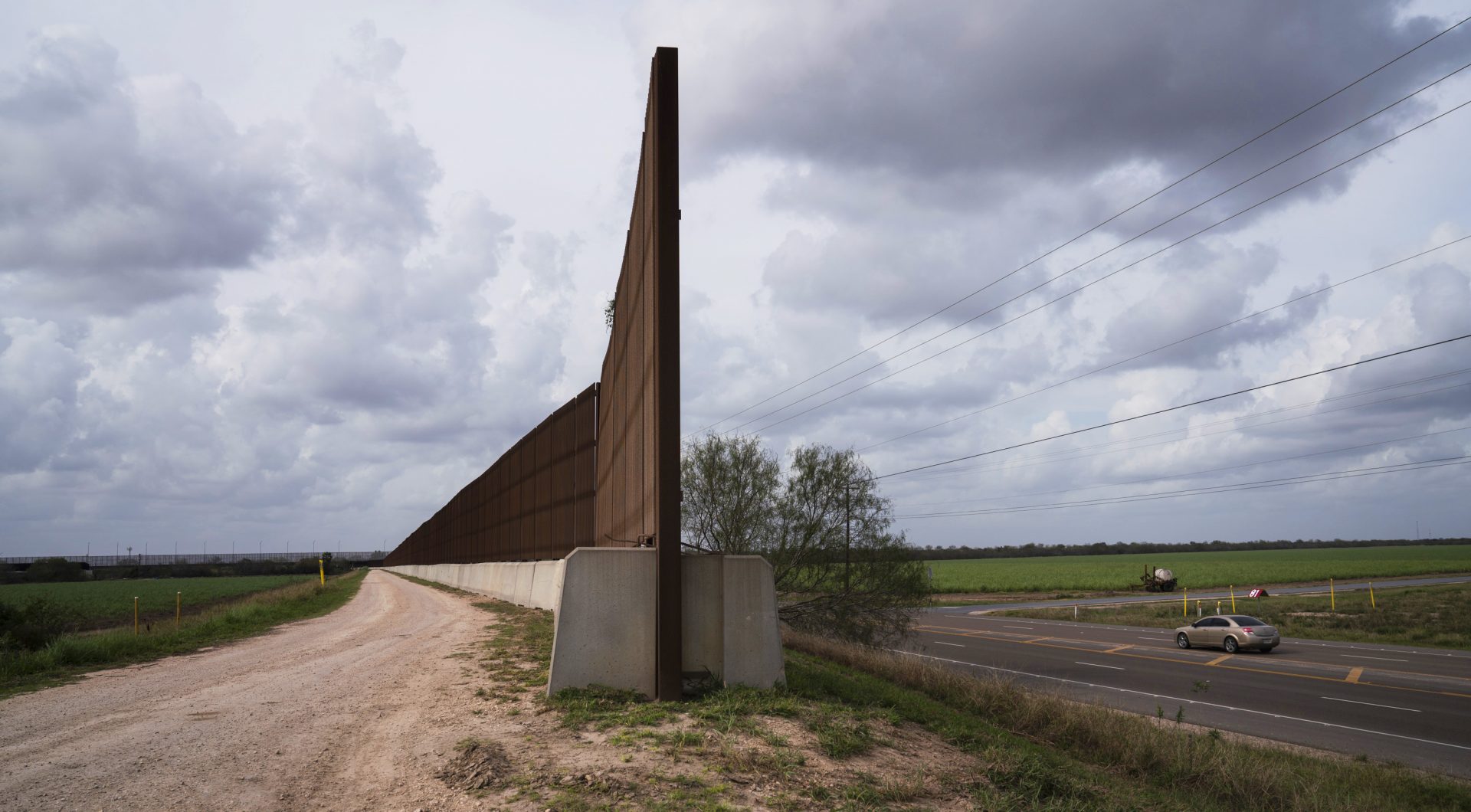 The owners of River Bend Resort & Golf Club, located just west of Brownsville, were planning a major expansion worth millions of dollars when they heard the border wall would slice through their development.

“A 30-foot wall through the middle of the property completely kills our project,” says Jeremy Barnard, part of the family that owns River Bend. Nearly 700 Americans and Canadians from the frigid north relocate there during the winter to enjoy short sleeves and margaritas, and live in upscale mobile homes amid palm trees on a sharp bend in the river. Trump’s wall would go up beside an existing levee that bisects the property. 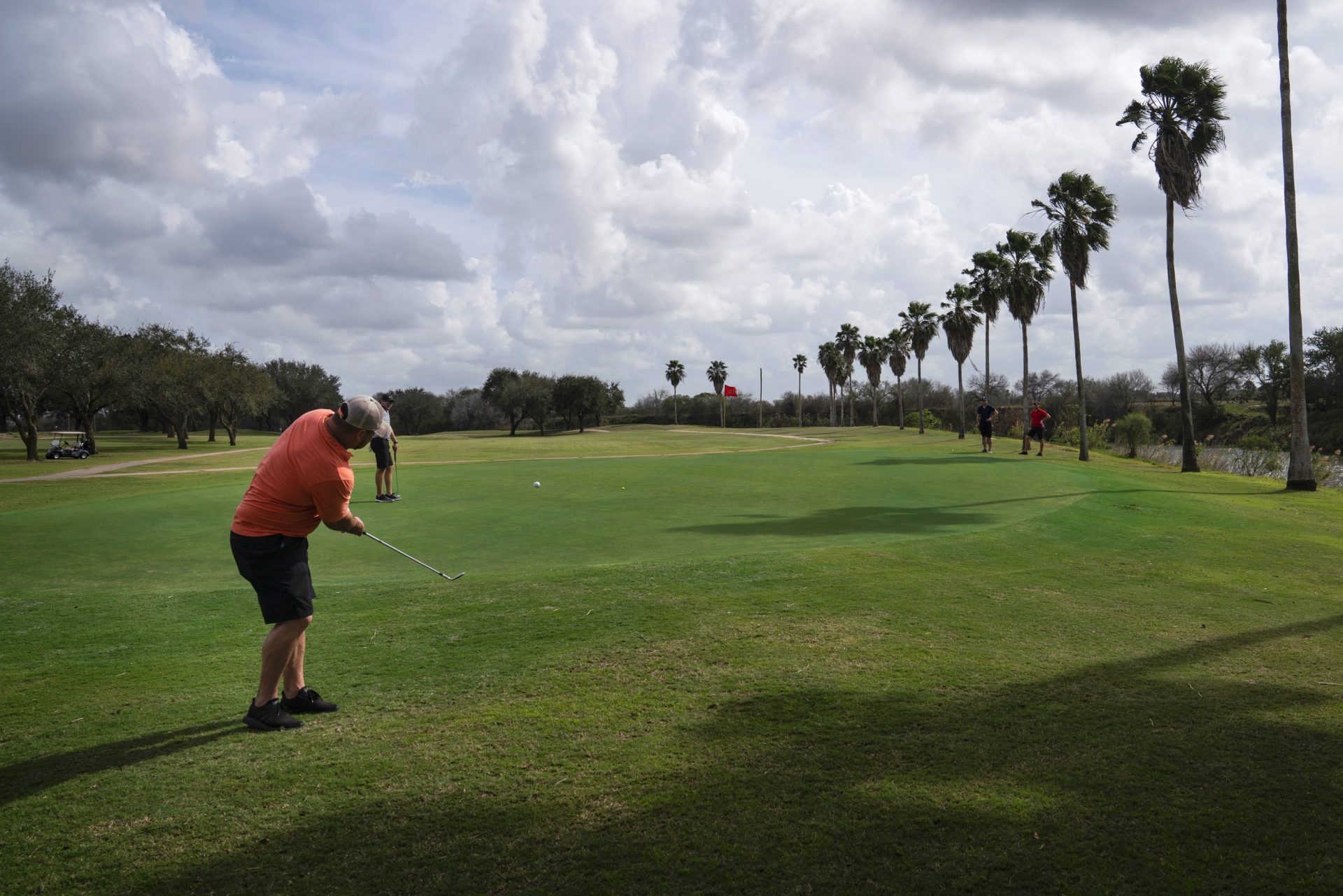 Memo Ibarra hits the ball at River Bend Resort & Golf Club in Brownsville, Texas. The 18-hole golf course would have 15 of them on the south side of Trump’s proposed border wall.

“The problem with that is 70% of our property is south of the levee,” says Barnard. That includes the rec center, the pool, tennis courts, and 15 of 18 holes. All of it would be cut off by the wall. The frustrating thing, he says, is they rarely see unauthorized immigrants and drug smugglers passing through the development. Nonetheless, CBP reports that the Rio Grande Valley is the nation’s hot spot for narcotics and human smuggling. 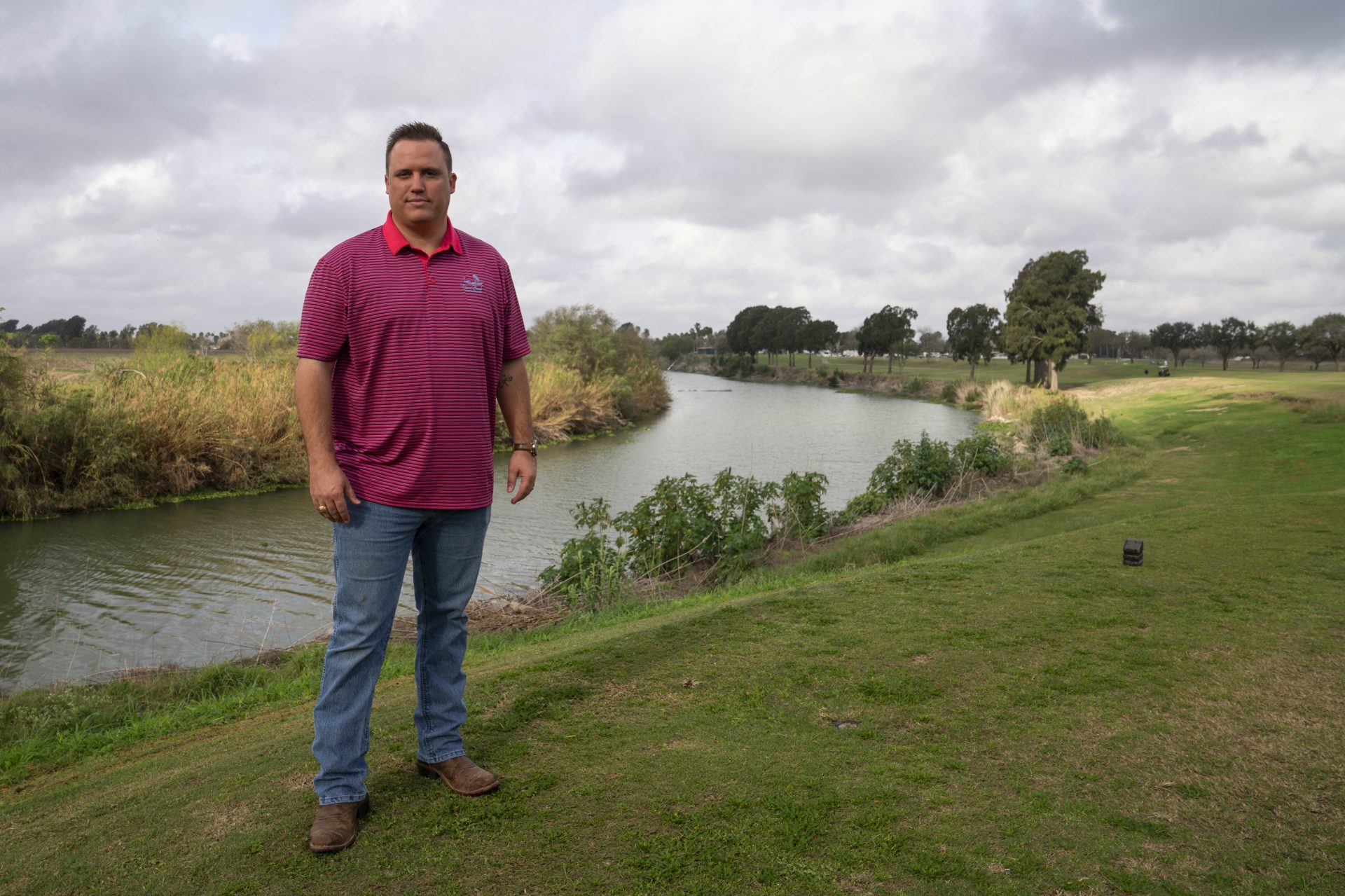 Jeremy Barnard’s family owns the River Bend Resort & Golf Club in Brownsville, Texas. It was planning a major expansion, worth millions of dollars, then came the border wall.

His family is negotiating urgently with CBP to move the wall slightly north so it won’t cut their property in half. And yet Jeremy Barnard’s politics haven’t changed. He remains loyal to President Trump.

“I’ve got friends that disagree with me and they say, ‘How could you vote for this man? His wall wants to tear apart your community,’ ” he says, “The main thing I tell them is, ‘Look, the thought that I’m gonna agree with somebody a hundred percent of the time, especially a politician, is just outrageous.’ But I do agree with what he’s trying to do as far as securing the border. I just have an issue with the blanket — let’s build a wall everywhere.”

West of the River Bend Resort, the landscape reverts to fields of onions, cotton and corn. Richard Drawe leans against his pickup trip at his farm headquarters south of the town of Weslaco. He has worked this rich delta soil all his life, like his father and grandfather before him.

“I’m 70 years old and it’s gonna ruin my lifestyle here of living in the country,” he says. “To have that wall there is just gonna really disturb me.” 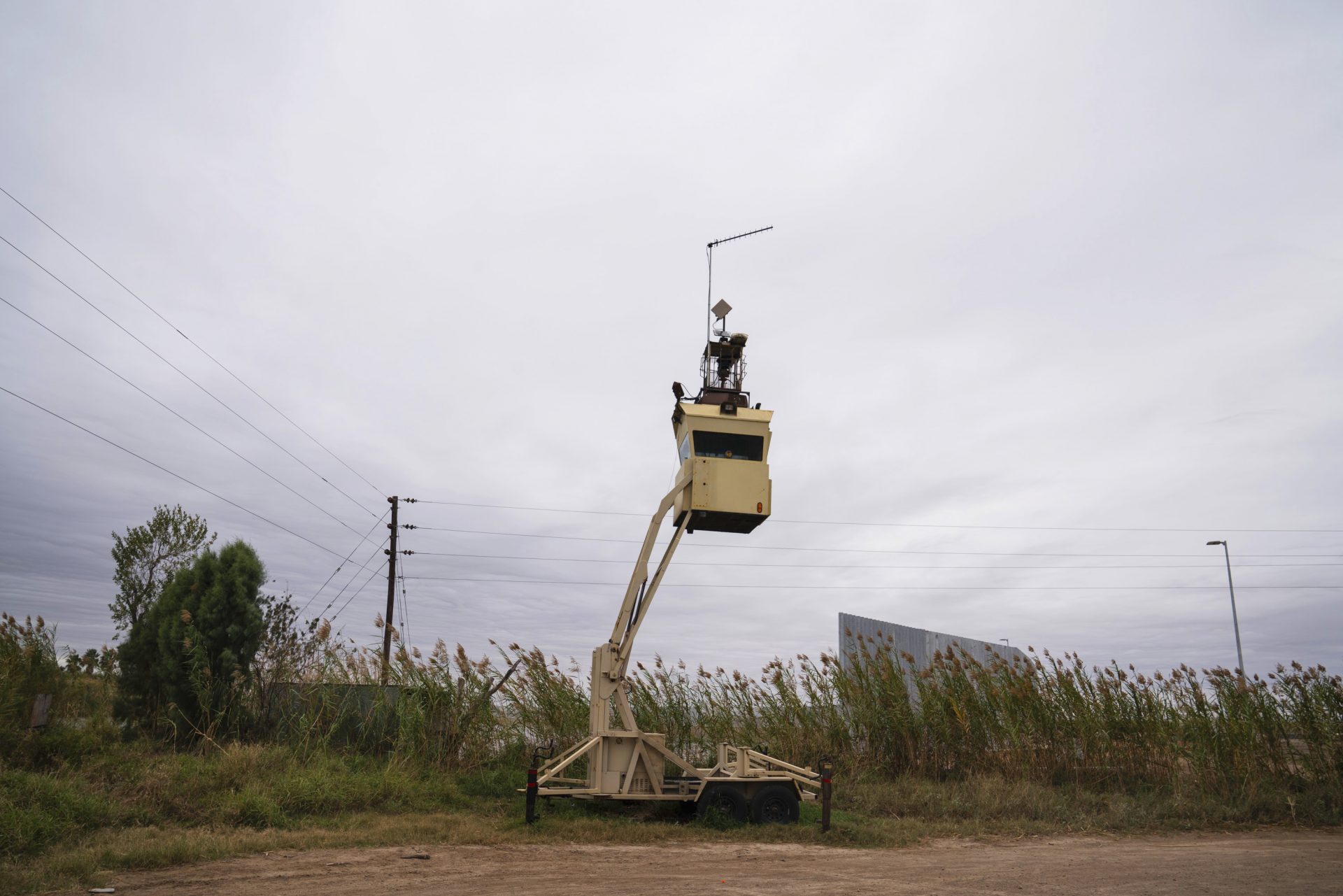 A surveillance tower is seen in Fred Cavazos’ property yards away from the Rio Grande and the privately funded border wall in Mission, Texas.

Drawe knows he can’t beat Washington, D.C., so last fall, he reluctantly sold the government a ribbon of land so they could erect the fence across his property. Like Jeremy Barnard, Richard Drawe supports Trump and is all for increasing border security — he just doesn’t want the wall on his property.

“I told them that this stupid wall is gonna have lights on it. It’s gonna be like being behind a prison wall, lights and everything,” Drawe says. “And I said, ‘You put them lights up on me and my house, I’m gonna shoot em out.’ Of course, I had time to calm down.”

He has seen what’s happened over the past decade to riverside land isolated by the border wall that was erected by President George W. Bush. He says the acreage is effectively ceded to Mexico. He’s worried that bad hombres will cross the river from Mexico and threaten his farmhands.

“Like I told the Border Patrol, I said, ‘Look, you know good and well that once you build this wall all the agents will be doing is patrolling up and down the wall. They’re never gonna go on down to the river anymore.’ And he yelled back at me, ‘Oh, the Rio Grande is the first line of defense.’ Baloney,” Drawe says. “You just wait a few years.” 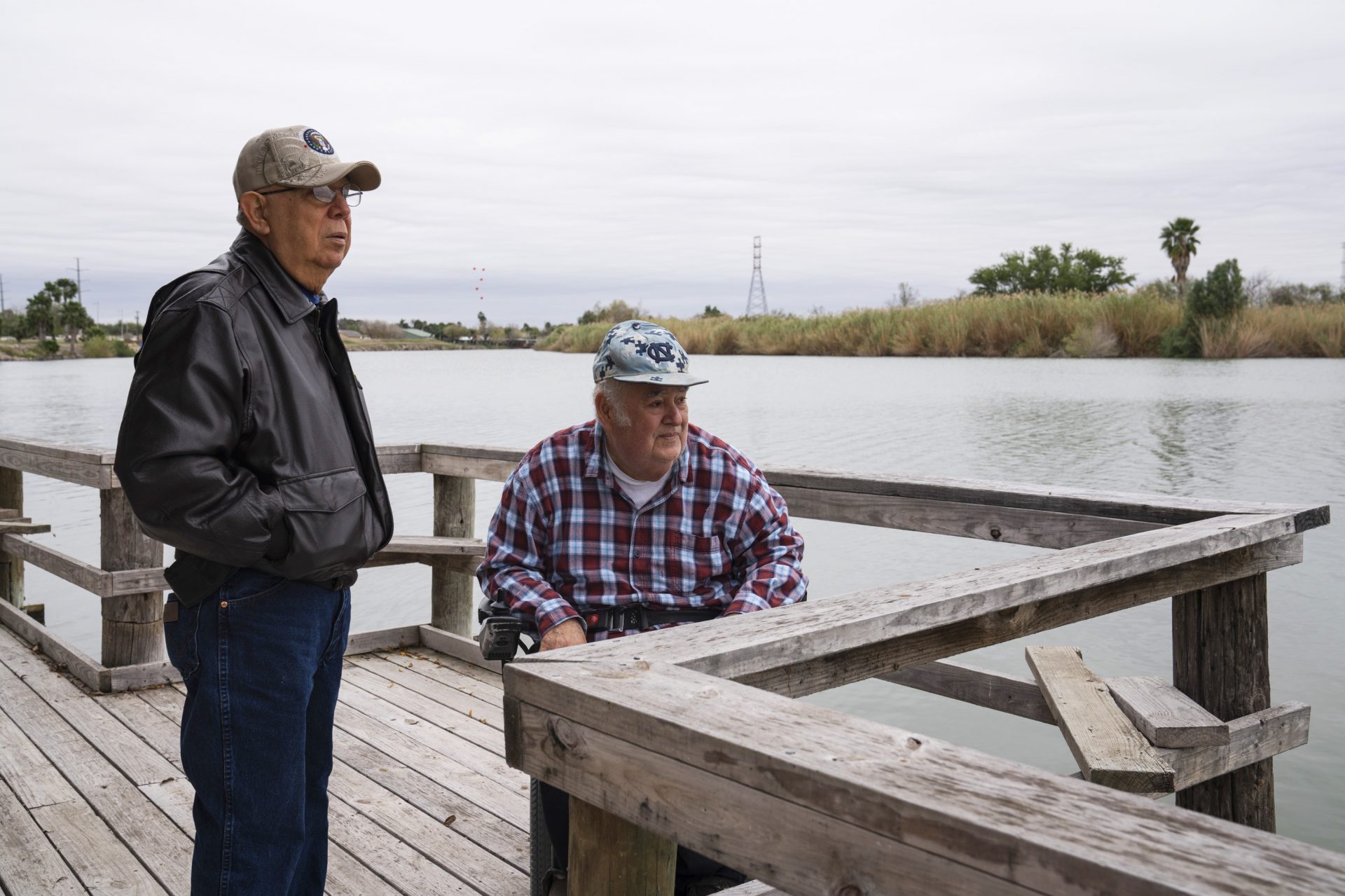 Cousins Rey Anzaldua (left) and Fred Cavazos own a rustic campground in Mission. The government wants to put the wall and a wide patrol zone along the north end of their property. They worry it will drive away his tenants, who may not want to be walled off from the rest of Texas.

CBP is aware of landowners’ misgivings. A spokesman said, “The Border Patrol will continue to operate on both sides of the barrier, to include the riverine environment.” Further, the agency will install electric gates with security codes to give landowners access to the south side of the wall.

This is cold comfort to Fred Cavazos, whose extended family owns a rustic campground on the river south of the city of Mission. “We were raised here,” says Cavazos, 70 years old and in a wheelchair. “My dad taught me how to fish here, how to get a shovel and dig for worms.”

His main income is from tenants who have built weekend shanties along the water’s edge. “A lot of them own boats. A lot of them own jet skis,” he says. “So they come down with fajitas and sausages Saturdays and Sundays and barbecue.” 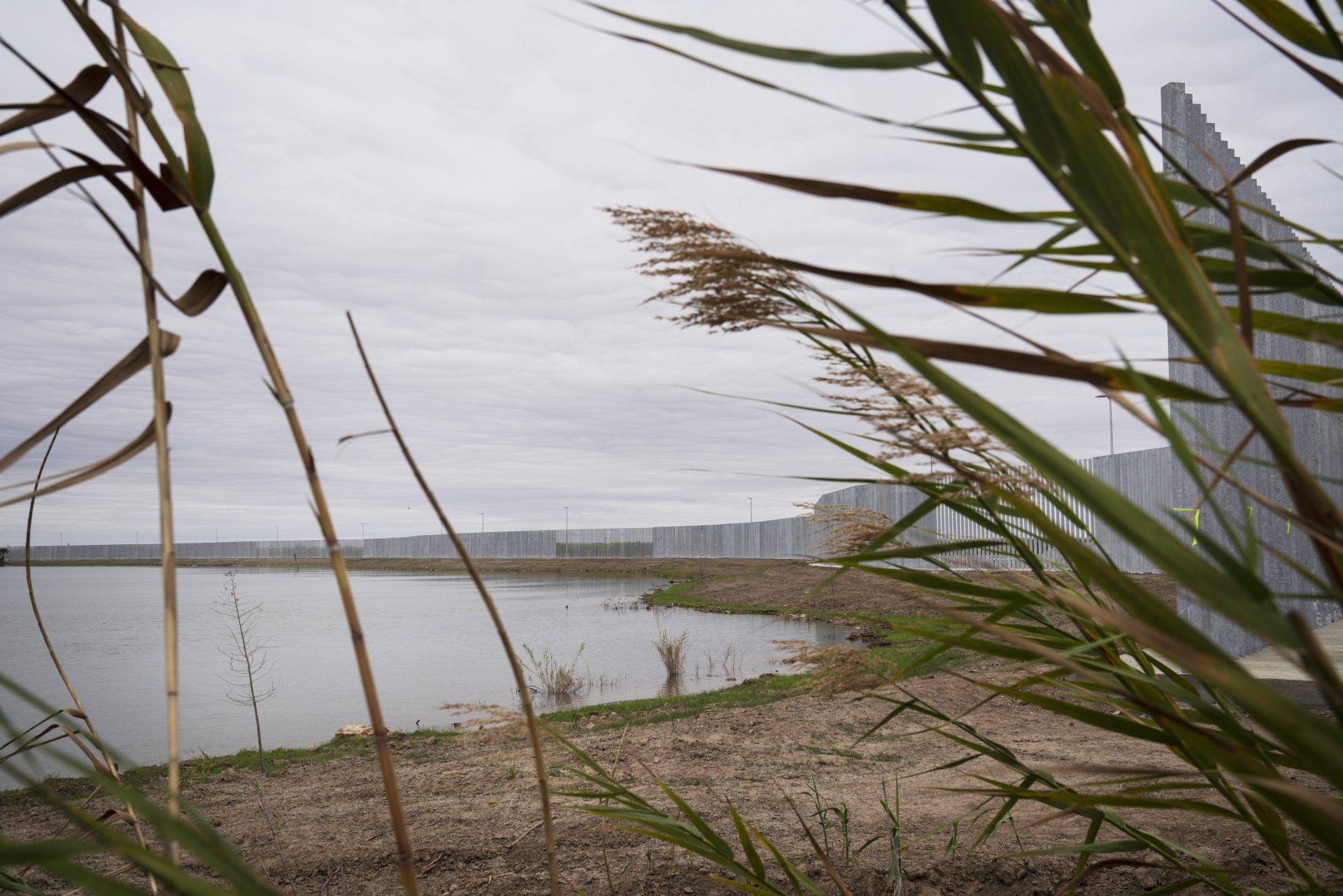 The privately funded border wall built on private land can be seen from Fred Cavazos’ property in front of the Rio Grande.

The government wants to put the wall, a gate and a 150-foot-wide patrol zone along the north end of the property. The family worries that the tenants may not want to be walled off from the rest of Texas. Acreage south of the wall is “very lightly patrolled” by the Border Patrol, says Rey Anzaludoa, a 75-year-old cousin and co-owner.

“If people come across the river and steal from our tenants who are here on the river, then probably we are going to lose a lot of the tenants,” Anzaldua says.

Like many large families in the Rio Grande Valley, the Cavazos clan is split. Some want to accept what they think is a generous offer from the government — nearly $400,000 for 6 acres. But Anzaludua wonders what happens if one day they decide to put the land up for sale.

“The problem is the devaluation of the property,” he says. “Nobody wants to buy property that’s on the river side of the wall. So this is what the fight’s going to be about.”

Rey Anzaluda and Fred Cavazos are fighting CBP in federal court. Maybe if they drag it out until Election Day, they say, a Democrat will win the White House and halt the border wall.