FILE PHOTO: Zoe Barker, right, and Jeanne Meehan smoke a cigarette, Thursday, June 15, 2006, after eating lunch at a restaurant in the Fairmount section of Philadelphia.

Proposal tries to snuff out indoor smoking exemptions in Pennsylvania

“For every angle, this should be a no-brainer."

(Pittsburgh) — A bill introduced by an Allegheny County state representative this week would prohibit smoking in all workplaces in Pennsylvania. The legislation, from Rep. Dan Frankel, would include all bars, casinos and private clubs, which are currently allowed to apply for an exemption from the state Clean Indoor Act.

Frankel, who convened a group of stakeholders on Wednesday at Hidden Harbor restaurant in Squirrel Hill, says these “loopholes” put the health of non-smokers at risk.

“For every angle, this should be a no-brainer,” he said.

Dr. Franziska Rosser, a pediatric pulmonologist at UPMC’s Children’s Hospital, said that young patients who are exposed to the toxins of tobacco smoke suffer more ear and breathing infections, and asthma attacks. She said kids are at risk even if their parents don’t smoke. 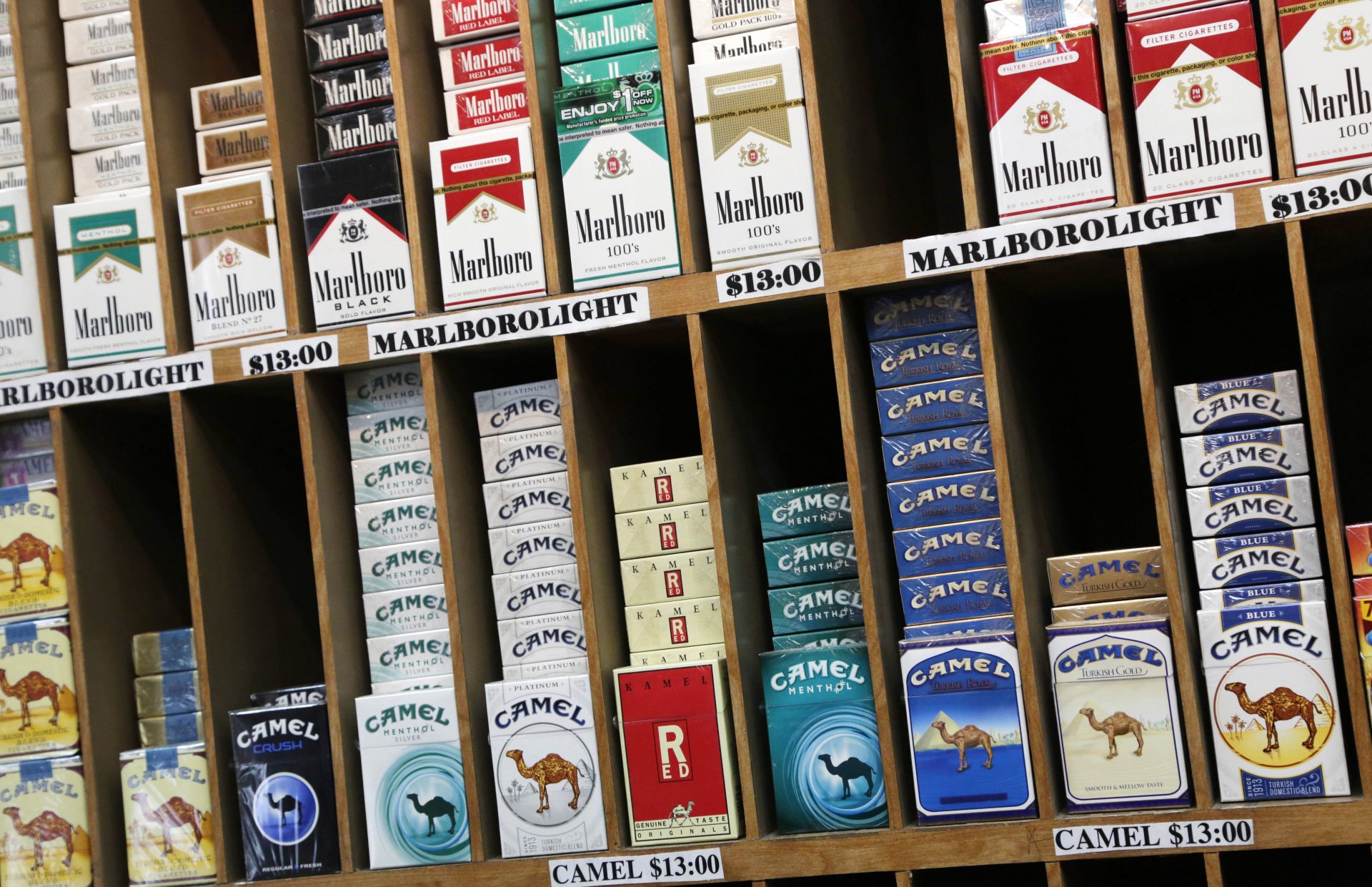 FILE PHOTO: Cigarette packs are displayed for sale at a convenience store in New York.

Thomas Hanzer, the former Pennsylvania state commander for the Veterans of Foreign Wars organization, said when the state first banned indoor smoking in 2007, he favored the exemption, which applied to clubs like his.

Hanzes said his VFW post in Mercer County is one of approximately 75 in Pennsylvania that have seen the benefits of going smoke-free.

Frankel’s bill would also ban vaping in public places, which is currently permitted under state law. Allegheny County banned vaping in places where smoking is also prohibited in 2017.