Iyannah McKendrick is the owner of Blackseed Cafe, where her cousin, Quadir Flippen, was the chef. Flippen was shot to death outside the restaurant as he arrived for work on Thursday morning, Feb. 6, 2020.

Gunfire took the life of a beloved Pa. chef. His family wants to know why. 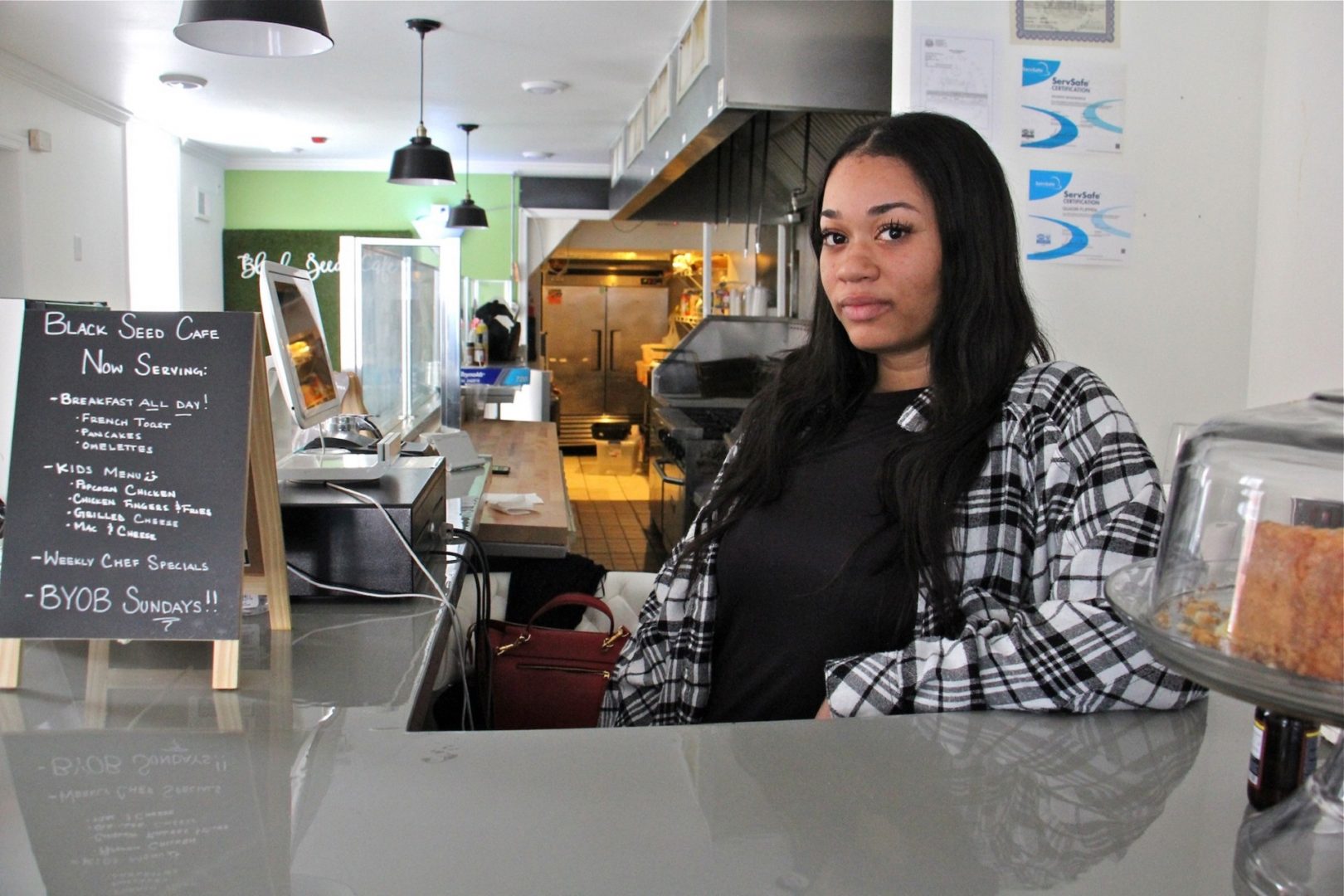 Iyannah McKendrick is the owner of Blackseed Cafe, where her cousin, Quadir Flippen, was the chef. Flippen was shot to death outside the restaurant as he arrived for work on Thursday morning, Feb. 6, 2020.

Now, it’s about Quadir Flippen, the chef behind those culinary creations. The Point Breeze eatery has also closed indefinitely.

“I don’t think I’m ever coming back around to this restaurant,” said Dayan Hayes, who grew up with Flippen on nearby Wilder Street. “There’s too many memories.” 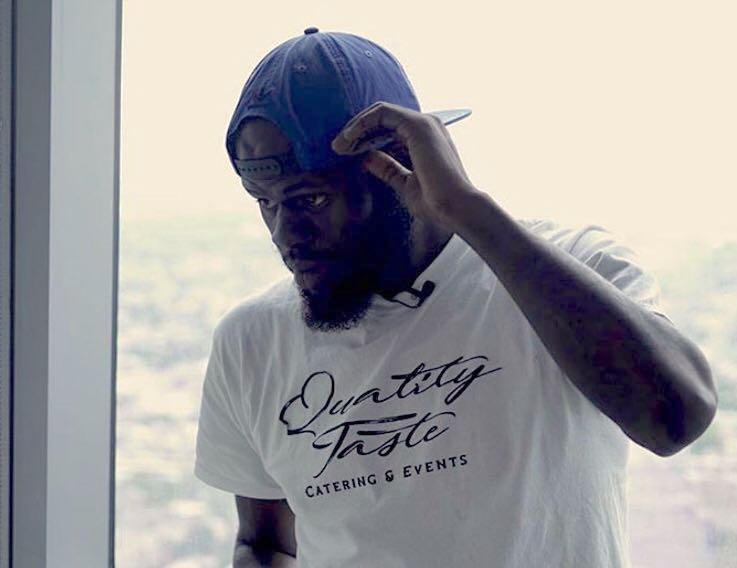 Quadir Flippen was the chef at Blackseed Cafe in Point Breeze. (Courtesy of Nashyia Pinder)

Last Thursday, in the predawn darkness, Flippen was shot and killed in his car outside Blackseed, where he routinely put in 12-hour days cooking breakfast, lunch and dinner.

Police are still searching for suspects. They think Flippen was murdered by a single shooter. They don’t know why.

Nashyia Pinder, Flippen’s older sister, is also looking for answers. She’s dumbfounded by the shooting. Her brother kept a tight social circle and never had an enemy.

The only motive that makes sense to her is jealousy.

“He was on his way to the top,” Pinder said.

Cooking was Flippen’s ticket. He learned from his sister, who learned from their mother, who sold dinner platters from the house for extra cash. 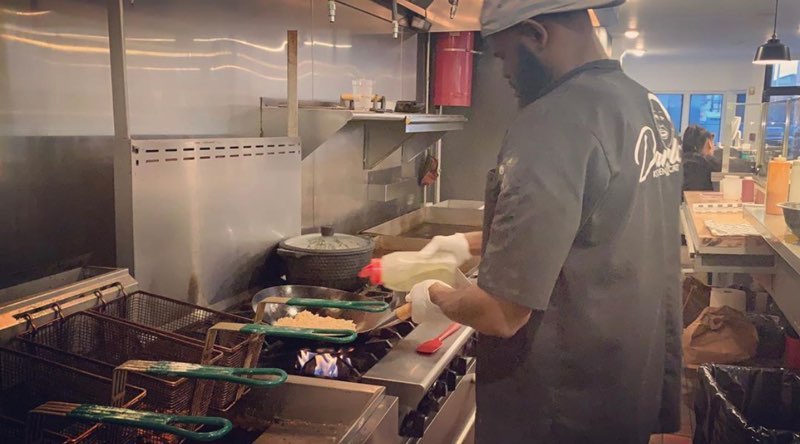 Flippen was a “jack of all trades,” but he was naturally drawn to the kitchen. He started off as an assistant, helping the women he loved dearly. But by middle school, he was cooking on his own, Pinder said.

“His chicken was better than mine,” she said with a laugh.

Blackseed Cafe was built around Flippen’s self-taught talents with a changing neighborhood in mind. 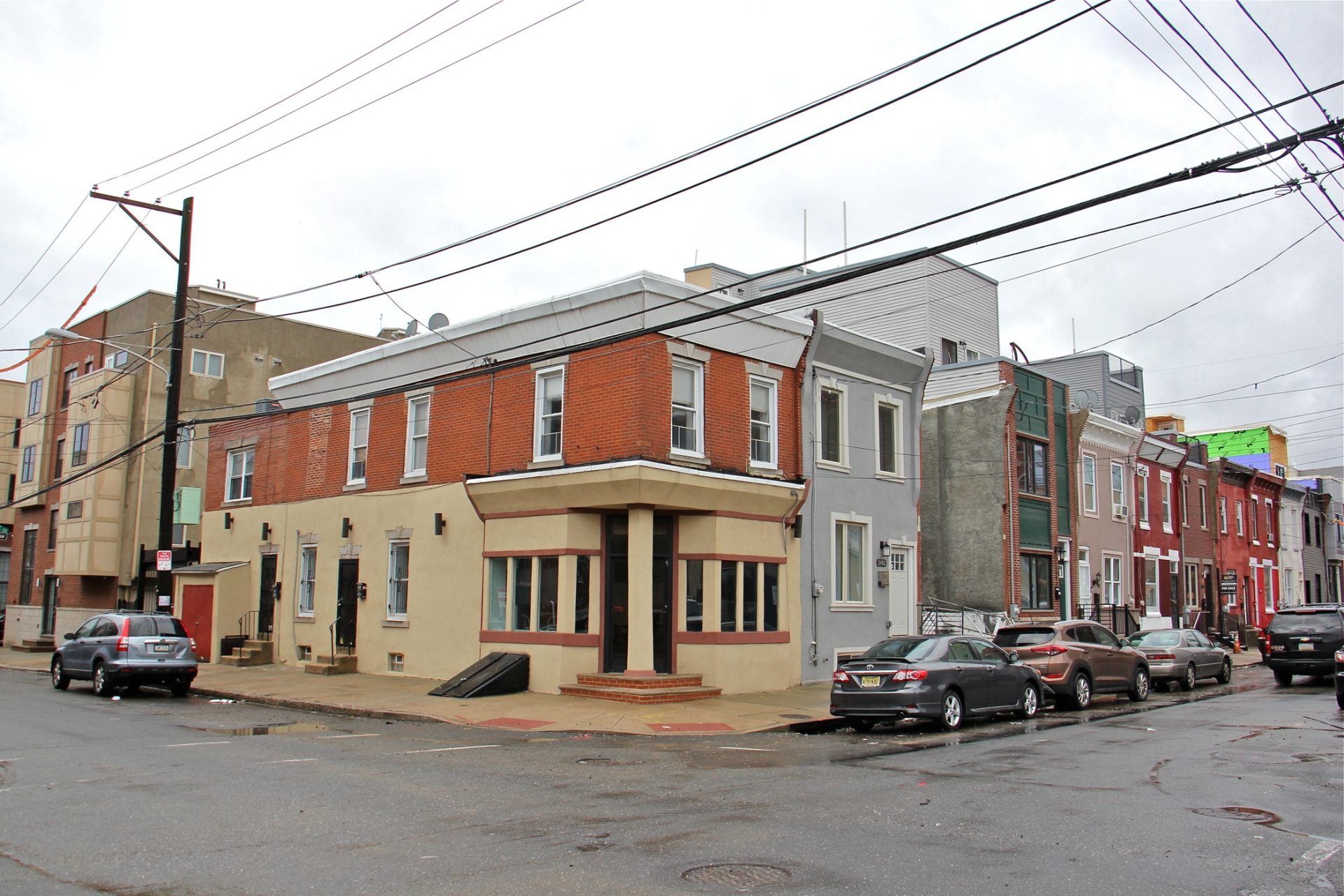 The cafe started serving up food in November on the 2400 block of Federal Street in the heart of Point Breeze, a gentrifying section of the city that’s seen property values — and the median income — skyrocket in recent years as new residents, many of them white, move into the historically Black neighborhood.

Flippen and Pinder lived a few blocks from his restaurant, in the house where they grew up. He helped raise her young son.

Pinder said the grand opening was the first time she saw Flippen really smile since their mother Darlene Pinder died suddenly from a brain aneurysm in 2017.

“That was one of the happiest days of his life,” Pinder said.

“It was a beautiful thing to see him live out his dream,” added Zeb Palmer, Flippen’s cousin.

Blackseed became Flippen’s life. His second home. The place he’d dish out salmon cheesesteaks with a side of “old man” music: The O’Jays, Marvin Gaye, Stevie Wonder. Some 90s R&B too.

Hayes is sick about it.

“You never put nothing past nobody, but I just didn’t think this was his fate at all,” she said.

“Oftentimes growing up in Point Breeze, you don’t see a lot of young guys make it out of the neighborhood. But this is a young man who had a bright future,” Johnson said. “This was a young man who was about something. And that’s why this senseless death is totally frustrating.”

Mofongo and scrambled eggs: This is not your typical election-year diner story