Gov. Tom Wolf listens during a discussion about college scholarships at Carlisle High School on Feb. 5, 2020 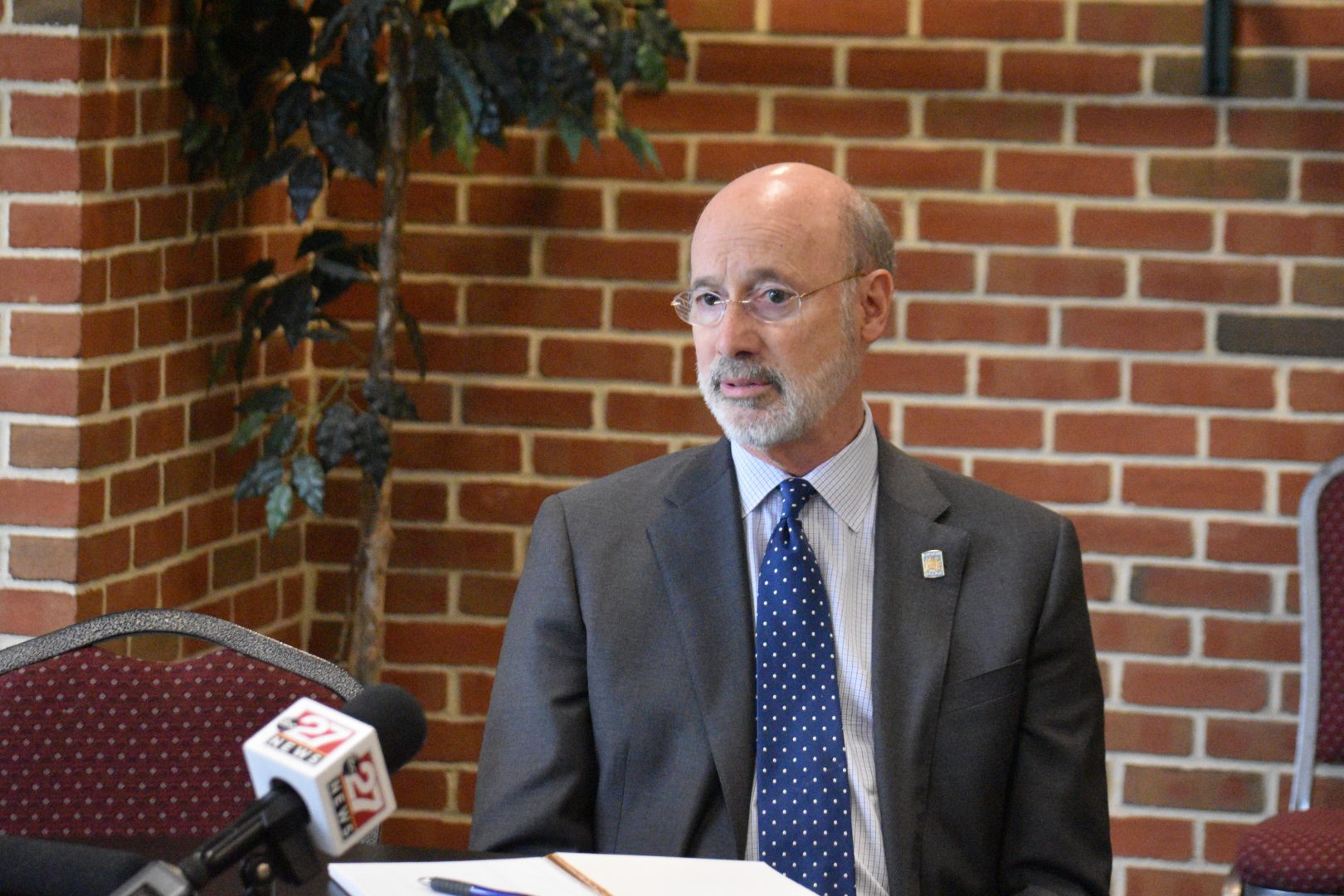 Gov. Tom Wolf listens during a discussion about college scholarships at Carlisle High School on Feb. 5, 2020

College seniors in Pennsylvania who borrowed money for school owed more than $37,000 in student loan debt on average in 2018, according to a study from the Institute for College Access & Success. Only students in Connecticut had a higher average debt.

Gov. Tom Wolf cited the study Wednesday as he began a tour of all 14-state-owned universities to push his plan for a new college scholarship program.

Speaking at Lock Haven University, Wolf said the average graduate of one of just the 14 state schools finishes with more than $34,000 in student loan debt.

That’s more than the Jeep he recently bought, Wolf said, adding that it’s even more than a down payment on most houses.

“We shouldn’t be piling tens of thousands of dollars of debt onto young Pennsylvanians who have the drive and commitment to spend their time studying while they’re in school,” Wolf said.

Wolf proposed the $204 million scholarship program — named after the late journalist Nellie Bly — as part of his annual budget. To fund the program, Wolf wants to take money from a state fund that supports the horse racing industry.

Under Wolf’s proposal, the state would no longer provide funding for “purses” — the prize money that winning horse owners receive.

The idea has met strong opposition from horse owners, breeders and others in the industry, who say that the prize money that is paid to owners trickles down to support farmers, veterinarians and others in Pennsylvania. And they say Wolf’s proposal would essentially end horse racing in the state.

“Yes, college tuition is spiraling out of control and college debt is a major concern,” Pete Peterson, spokesperson for the Pennsylvania Equine Coalition, said in a statement Wednesday.

But he said Wolf’s proposal would bankrupt businesses and farms.

“If this is a priority for the governor, he needs to find another source of funding, because his current plan would be a disaster for Pennsylvania agriculture, farms, and small businesses,” Peterson said.

“Those graduates raise their families here,” Pignatello said. “They pay taxes. They give back to their communities.”

Kalista Swartz, a senior at Lock Haven, described herself as a first-generation college student who grew up in a small town in Juniata County.

She said she was able to afford college thanks to Pell Grant money, aid from Lock Haven, sacrifices from her family, and by taking out student loans.

Today we welcomed Governor Wolf to campus to talk about his proposed Nellie Bly Scholarship Program. We thank the Governor for putting the needs of students at the forefront of his agenda. Student speaker, Kalista Swartz, also shared her experience with paying for her education. pic.twitter.com/EUCvIZRorc

“My time here at Lock Haven has been nothing short of amazing,” she said. “I’ve been given numerous opportunities to advance my education both in and out of the classroom.”

Wolf hopes the General Assembly passes the scholarship program as part of the annual budget, which is supposed to be passed by the end of June. Republican and Democratic legislative leaders say they need to take a closer look at the idea ​before deciding whether to support it.