Gov. Tom Wolf listens during a discussion at Carlisle High School in Cumberland County on Feb. 5, 2020.

Wolf pushes back on Trump’s State of the Union criticism: ‘There was some posturing going on there.’

Governor Tom Wolf on Wednesday responded to criticism he received from President Donald Trump during Tuesday night’s State of the Union address.

About 30 minutes into ​the speech, the president identified a mother and daughter from Philadelphia who were sitting in the audience, and said the mother would do anything to help her daughter’s future.

“But last year that future was put further out of reach, when Pennsylvania’s governor vetoed legislation to expand school choice to 50,000 children,” Trump said.

At issue is a bill that would have expanded tax credits that pay for tuition at private schools.

“Yeah, come on. I mean, I understand he was trying to make a — score some points,” Wolf said. “There was some posturing going on there.”

Wolf defended his record, saying he approved increases for private school tuition tax credits, including a $25 million increase to the Educational Improvement Tax Credit Program in a budget deal passed in the summer of 2019. 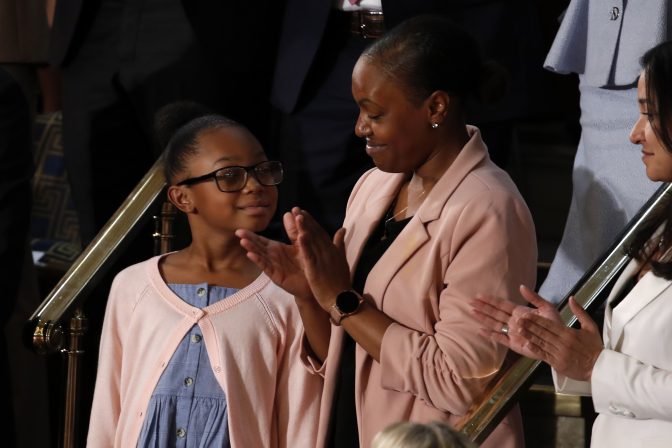 Janiyah, left, and Stephanie Davis of Philadelphia, listens as President Donald Trump delivers his State of the Union address to a joint session of Congress on Capitol Hill in Washington, Tuesday, Feb. 4, 2020.

The Commonwealth Foundation, a conservative group and supporter of the tax credits, said at the time that the $25 million increase equaled the largest-ever increase in the tax credit program and would allow thousands more students to receive scholarships.

But Trump’s criticism was about Wolf’s rejection of a larger proposed increase to the program. In June, before the $25 million compromise was struck, Wolf vetoed a bill that would have increased the tax credits by $100 million. The bill also would have created automatic increases in future years if demand was high. And it would have raised the income eligibility limits for families.

At the time, House Speaker Mike Turzai, R-Allegheny, said the tax credit expansion would ultimately save school districts money because they would have to serve fewer students. And he said the measure would be a “statement of our conviction that parents, grandparents and other guardians know best what the right learning environment is for each of their children.”

“It was basically a raid on the taxpayer for private schools, and I didn’t think that was fair,” Wolf told reporters.

Wolf made the comments following an event at Carlisle High School in Cumberland County, where he was promoting his plan to fund more than $200 million in scholarships for students at state universities. 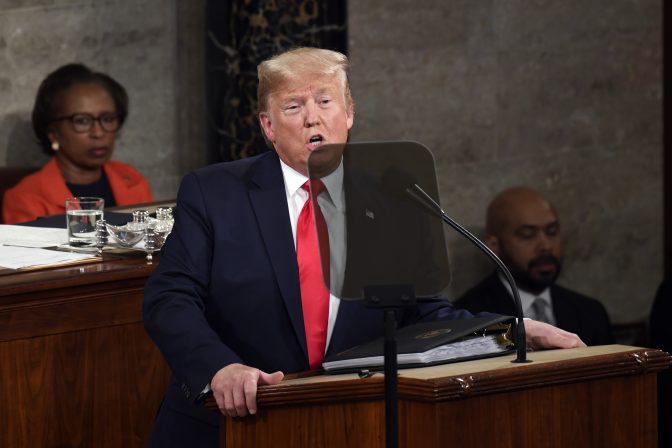 President Donald Trump delivers his State of the Union address to a joint session of Congress on Capitol Hill in Washington, Tuesday, Feb. 4, 2020.