Wolf proposal would have all municipalities contribute to State Police budget 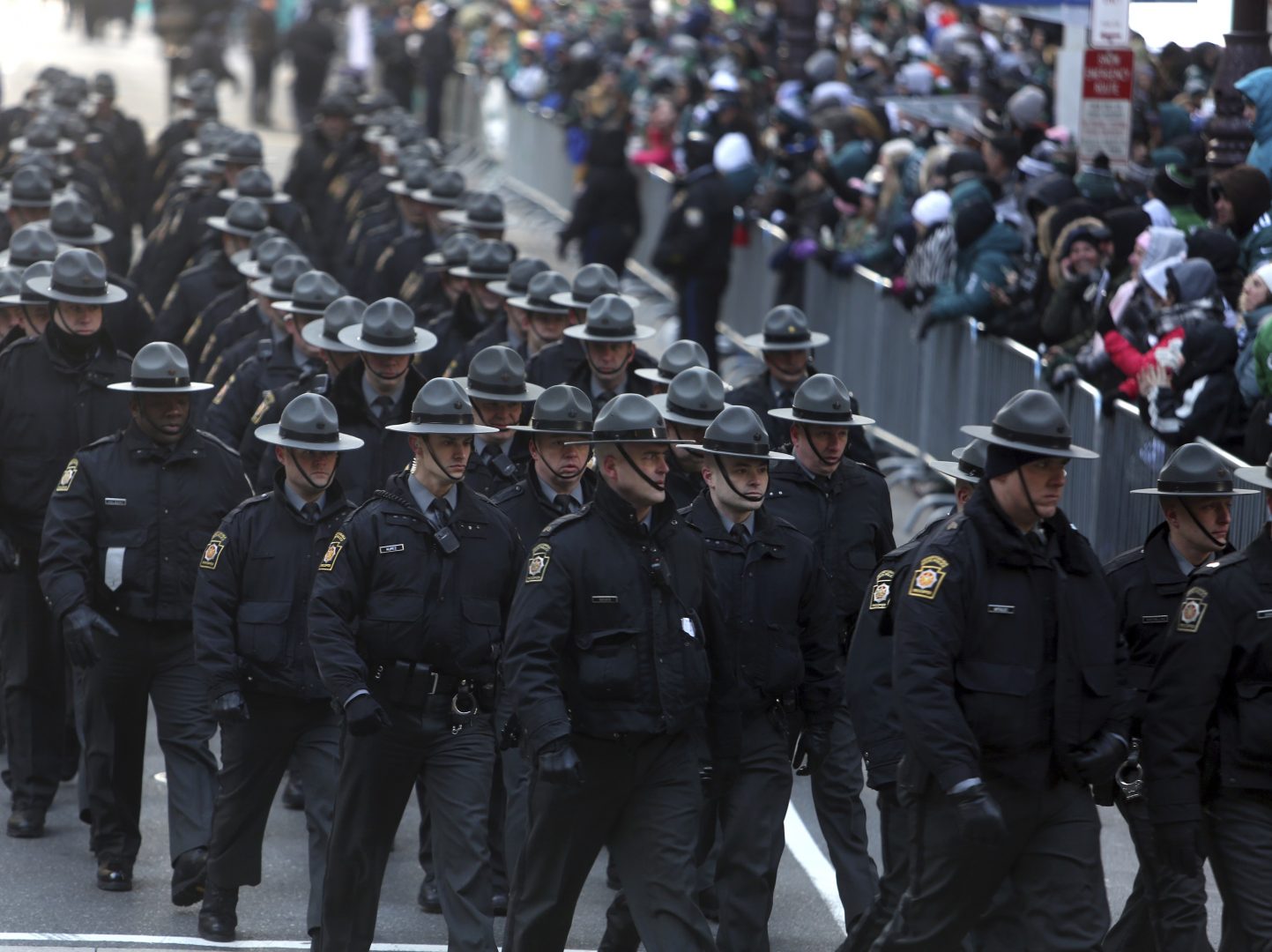 Gov. Tom Wolf’s budget proposal aims for a complicated three-point bank shot when it comes to roads and the Pennsylvania State Police.

First, Wolf wants to stop the practice of raiding the state Motor License Fund to fund the PSP, preserving more of the fund’s budget for its intended use — maintaining the state’s highways.

The governor also wants to expand the number of troopers to get ahead of an expected wave of retirements and respond to the growing number of local governments that are using relying on PSP for police coverage.

To do that, Wolf wants every municipality in the state to contribute to the PSP budget, with per-capita contributions determined by a formula that takes into account how much troopers are being asked to do in any given place.

“This fee is predicated on station coverage costs, which are driven by incidents and coverage area, and consider various factors, including population and income,” according to the governor’s budget summary.

Through the proposal, rural municipalities that rely heavily on State Police resources and whose populations have a higher median income would pay more, while cities with an established local police force would pay less, according to data provided by the Governor’s office.

For example, providing coverage for South Huntingdon Township’s 5,505 people costs the State Police close to half a million dollars a year. Given the middle-class incomes of the township, the formula would charge $21.91 per person. That’s considerably more compared to Shamokin City — a slightly larger, but poorer city with similar policing costs — the city would be charged $1.70 per person.

Currently, 1,725 municipalities use State Police for full- or part-time coverage, and that number has increased year over year. Five years ago, there were 1,683 municipalities reliant on the department’s resources, according to a list provided by the State Police Department.

The new fees proposed by the Wolf administration would not end PSP’s reliance on the Motor License Fund, raising just $135 million a year. But with that revenue, the governor not only wants to preserve funds for highway work but also add four additional cadet classes in 2020-21 to ensure a large enough complement of troopers to fulfill all of PSP’s duties.

Wolf’s proposal is in part a response to a report released last April by Auditor General Eugene DePasquale’s office that criticized the administration for pulling millions from road and bridge maintenance to pay for the State Police. That report found that $2.8 billion was shifted over four years from the Motor License Fund to the State Police.

“The nearly $800 million that came out of the fund in one year could have helped PennDOT make a significant dent in the list of urgent needs across Pennsylvania,” DePasquale said in a press release last year.

This is the governor’s third attempt to tax different municipalities that use State Police. In 2017, Wolf proposed a $25-per-person flat fee for municipalities. Last year, he offered a sliding scale where different sized municipalities would pay a range from $8 to $166 per capita for using the police force.

Among other additions to the budget for police and safety spending, the governor proposed a $6 million increase for grants to reduce gun violence throughout the state, plus an additional $4 million specifically for Philadelphia’s Gun Violence Task Force.

The increase for statewide grants will go through the Pennsylvania Commission on Crime and Delinquency, and the Wolf administration says it will target community programs