President Trump delivers the State of the Union address in the chamber of the U.S. House of Representatives on Feb. 5.

Ahead of President Trump’s State of the Union, here’s what you need to know

A senior administration official told reporters that Trump would highlight promises he has kept. 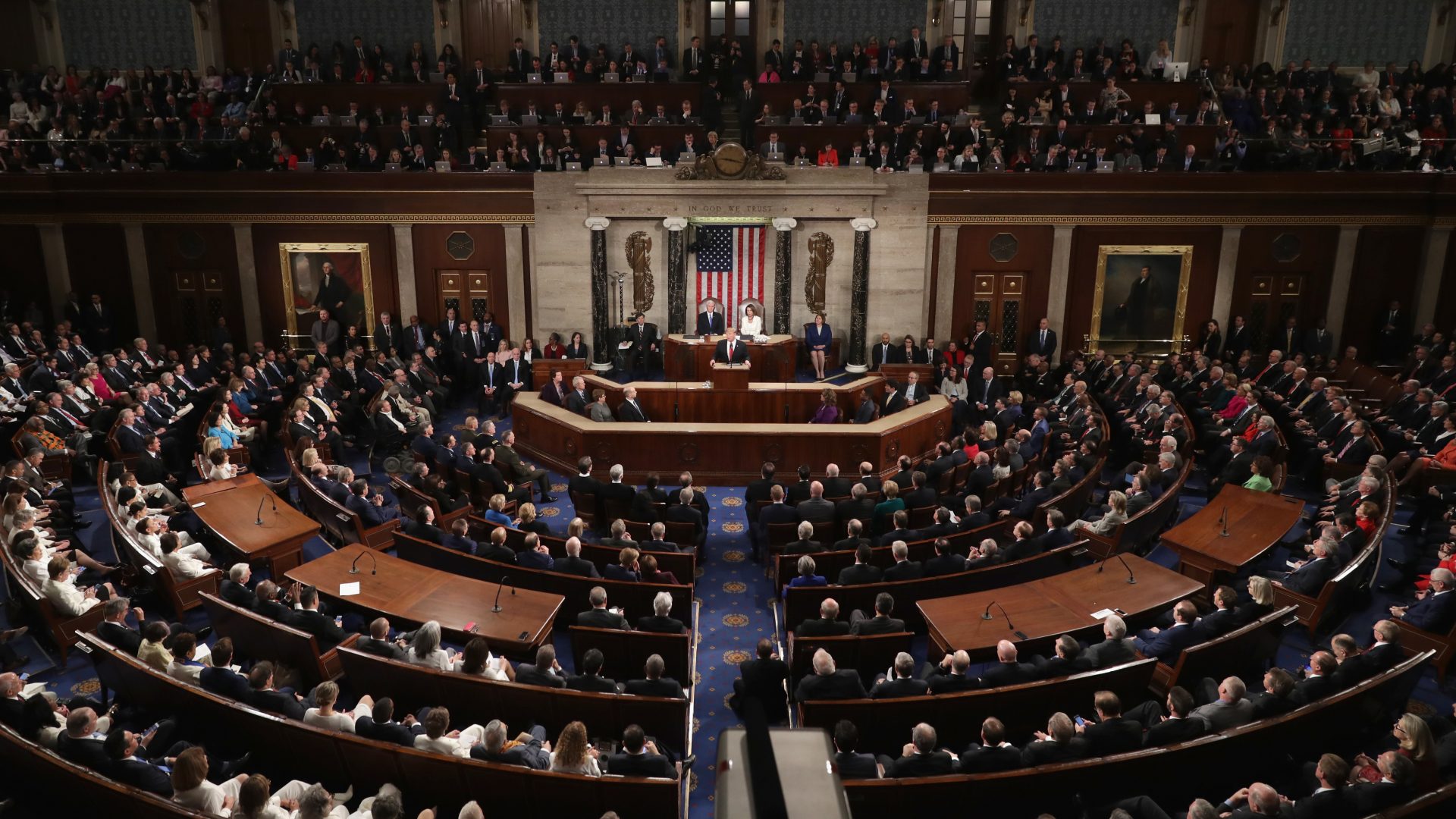 President Trump delivers the State of the Union address in the chamber of the U.S. House of Representatives on Feb. 5.

(Washington) — President Trump is set to deliver his third State of the Union address Tuesday night less than a day before the U.S. Senate is scheduled to vote on two articles of impeachment against him.

While the scene on Capitol Hill has been tumultuous during the impeachment trial, a senior administration official told reporters last week that Trump’s address would be themed around “the great American comeback” and would put forth a vision of “relentless optimism.”

Here’s what you need to know ahead of tonight’s address.

What time is the State of the Union?

The speech is set to begin around 9:00 p.m. ET. You can listen to NPR’s simulcast of the speech on NPR.org, the NPR One app or on your local member station. Find your station here.

NPR will also provide live fact-checking and analysis of Trump’s address and the Democratic response on NPR.org.

What’s Trump expected to talk about?

A senior administration official told reporters that Trump would highlight promises he has kept as president and would highlight the strength of the U.S. economy and military.

Trump is expected to touch on five areas in his remarks.

1. Issues related to the economy, including a phase one trade deal with China, the recently signed USMCA trade deal, and Opportunity Zones.

2. A range of family issues, including school choice, paid family leave and expanding access to childcare.

3. Lowering the cost of health care, including surprise billing and transparency in costs. Trump is also expected to draw a sharp contrast between his health care plan and that of Democrats.

4. Immigration, including work on the southern border and sanctuary cities.

It’s unclear if Trump will address impeachment during the speech. While the president has slammed the trial in tweets and at his campaign rallies, it remains to be seen whether he will broach the subject during the formal address to Congress. 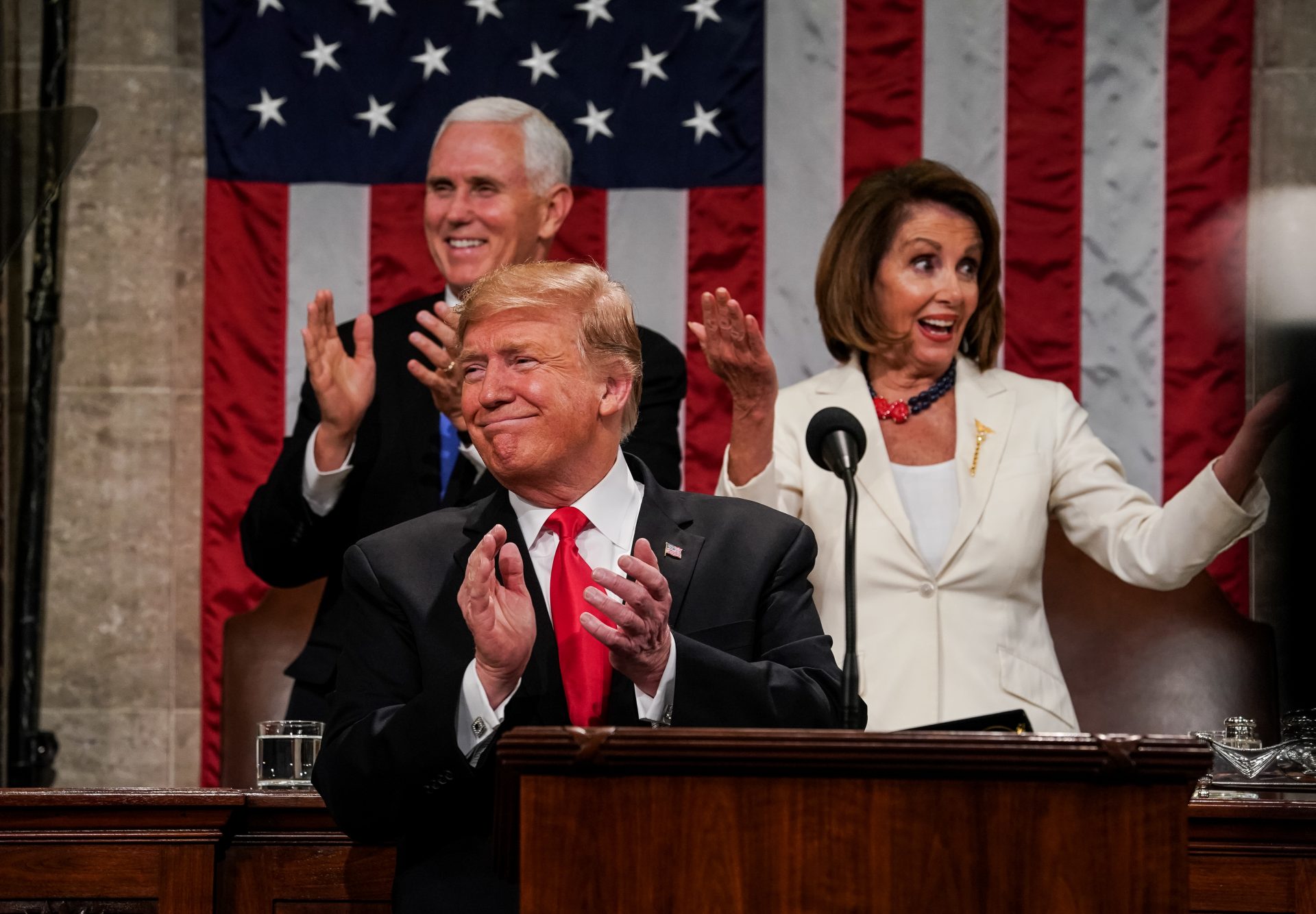 President Trump, Speaker Nancy Pelosi and Vice President Pence applaud during the State of the Union address on Feb. 5, 2019.

Who are the guests?

The White House has revealed two guests so far, both of whom highlight priorities Trump will mention in his speech: Tony Rankins, a veteran of the war in Afghanistan who got a job working on a project in an Opportunity Zone in Cincinnati; and Raul Ortiz, the deputy chief of U.S. Border Patrol.

Who is delivering the Democratic response?

“Democrats across the country have a plan to improve education, fix our infrastructure, expand and protect health care coverage, and build an economy that works for everyone,” Whitmer said in a statement released ahead of her remarks. “Our nation deserve[s] this type of leadership, and we are ready to take action to get it done.”

Rep. Veronica Escobar, D-Texas, will give the Spanish-language response.

DNC chair calls on Iowa ‘to immediately begin a recanvass’