Damage at the al-Asad military base in Iraq, days after a missile attack by Iran. The barrage was in retaliation for the U.S. killing of a top Iranian general in a drone strike in Baghdad on Jan. 3.

The announcement marks the fourth time in several weeks that the official injury toll has increased.

(Washington) — Once again, the Pentagon is reporting an uptick in the number of U.S. service members injured in Iranian missile strikes earlier this month. The Department of Defense announced late Thursday that at least 64 service members have been diagnosed with mild traumatic brain injury, or TBI.

“We’ll continue to monitor them the rest of their lives, actually, and continue to provide whatever treatment is necessary,” Gen. Mark A. Milley, chairman of the Joint Chiefs of Staff, said in a statement released with the report. “And we take great pride in the fact that these are our own and we’re going to take care of them.”

The announcement marks the fourth time in several weeks that the official injury toll has increased. Initially, hours after the Iranian reprisal for the U.S. killing of a prominent military commander, President Trump declared that “no Americans were harmed” in the attacks on Iraqi bases housing U.S. troops.

But the Pentagon later contradicted those remarks, first noting in a formal statement that 11 service members had been injured, then 34 — and, just earlier this week, 50. 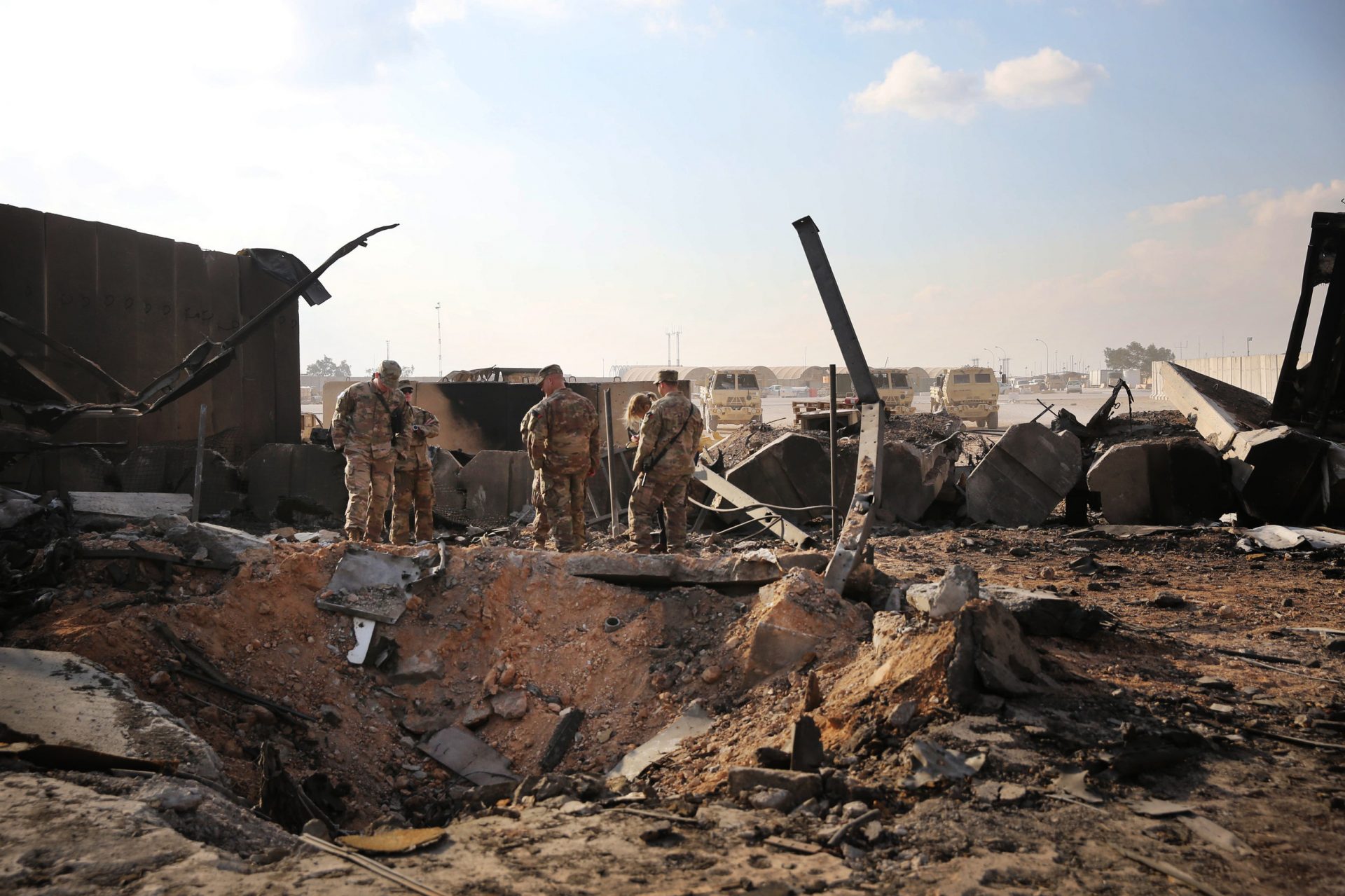 An Iranian ballistic missile left a large crater after it landed on and obliterated a housing trailer at the Ain al-Assad air base. Another missile destroyed a dining facility, which had been closed on the night of the attack as a precautionary measure but would normally have been open at that time.

According to Pentagon officials, 39 of those injured have already returned to duty. An additional 17 are scheduled to return to the U.S. or have returned already, and several more are undergoing further evaluation in Germany.

There are still no reports that any U.S. or Iraqi service members died in the attacks.

At a joint news conference Thursday with Defense Secretary Mark Esper, Milley explained one major reason why the injury toll continues to creep upward. “In this particular case, TBI, that takes some time to manifest itself,” he said. “It’s not an immediate thing, necessarily. Some cases it is, some cases it’s not.”

In recent years, researchers with the departments of Defense and Veterans Affairs have developed a new perspective on the sort of brain injuries that troops have reported this month. Since 2000, hundreds of thousands of service members have been diagnosed with TBIs, which have been linked with depression, memory and coordination loss, and long-term changes in brain function.

“Your brain is a very fragile part of your body even though it’s encased inside your skull,” Milley said Thursday. “The injuries to the brain, the unseen wounds of war, for example, those can be serious or not so serious — depends on the individual, depends on proximity to the blast. And sometimes they are lifelong, sometimes they resolve themselves in weeks or months.”

The Iranian missile strikes earlier this month caused extensive damage at the Ain al-Assad air base, northwest of Baghdad — as evident in this photograph taken Jan. 13, about a week after the attacks. The Pentagon says at least 50 U.S. service members at Ain al-Assad and Iran’s other targets have been diagnosed with brain injury.

Partly for this reason, Trump has come under criticism from outside groups — such as the Veterans of Foreign Wars — for generally dismissing the injuries to dozens of U.S. service members as “headaches” that fail to compare with what he considers “very serious injuries,” such as lost arms and legs.

“I think for many people this is a learning process,” Esper said at the news conference, declining to comment directly on Trump’s remarks.

“This is something we’ve come to learn about,” he added, “over the past 10 to 15 years as we’ve seen IED [improvised explosive device] attacks on our forces in Iraq and Afghanistan. So again, this is an injury we need to keep educating everybody about.”

Republicans likely have the votes to block witnesses; Impeachment trial could end today