The governor says he’s planning to include the pitch in next week’s budget address, along with several other lead and asbestos-remediation plans. 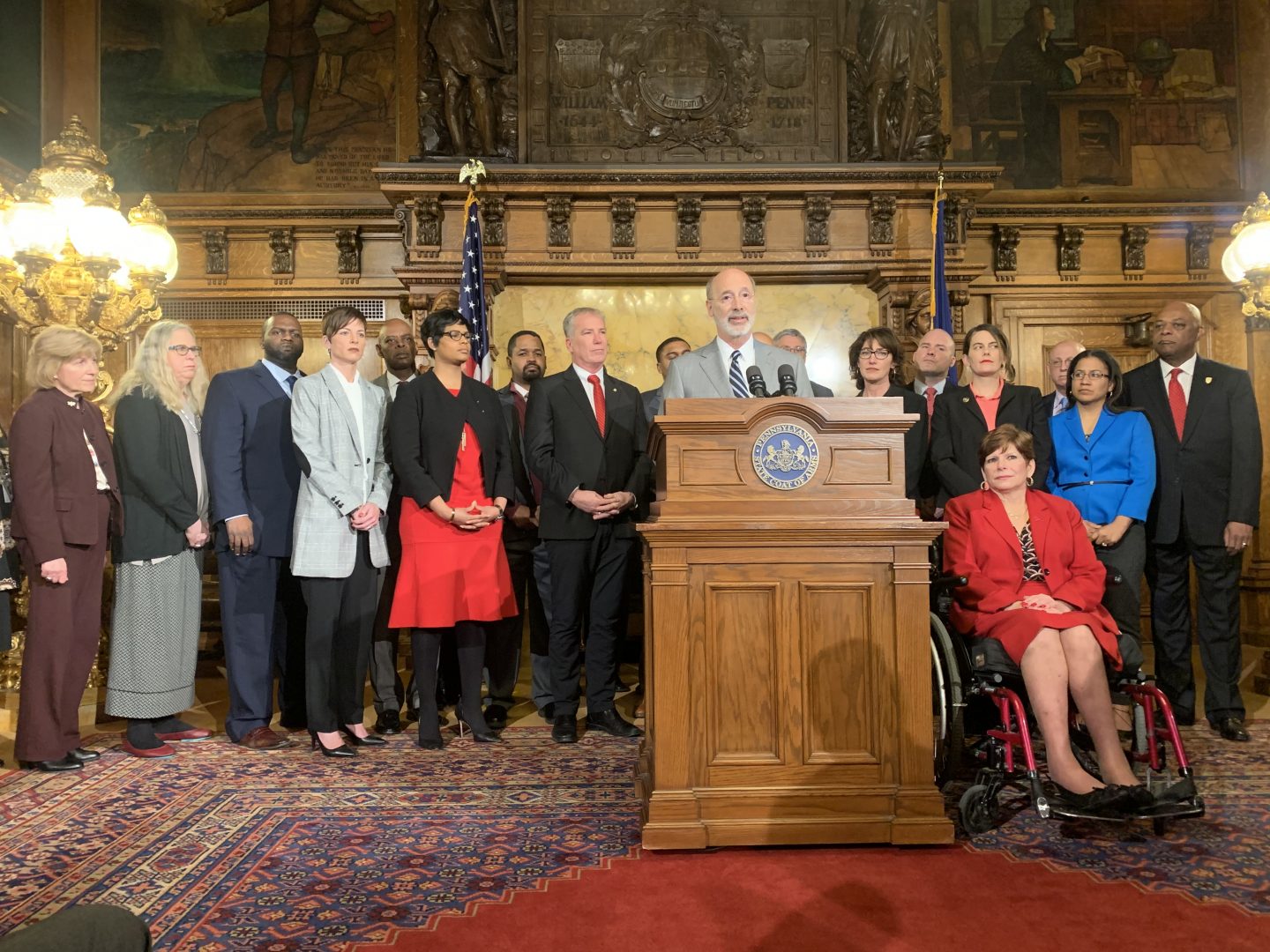 (Harrisburg) — In the week leading up to his annual budget address, Democratic Governor Tom Wolf is previewing some of the biggest pitches he plans to make to the Republican-controlled state House and Senate.

His latest ask is more than a billion dollars to clean up lead and asbestos in Pennsylvania’s schools, houses and water systems.

Last year, a state commission announced that after a year and a half of reviewing lead levels statewide, they found potential for harmful exposure in every county — often from old pipes, unregulated private wells and lead paint that has been overlooked for years.

Concerns about asbestos have also risen—particularly in Philadelphia, which has temporarily closed six schools since September due to disturbed asbestos.

Getting toxins out of schools is the biggest portion of Wolf’s plan. He wants to fund it by earmarking up to one billion dollars in grants from a program called RACP. Lawmakers can use the program to set aside state money for regional projects, but it isn’t typically used for schools.

Wolf said he structured the plan around RACP because he thinks appropriating a billion dollars “would create a lot of debate because it would entail an increase in taxes.”

This, he said, “is a way that basically spreads out the payment of those billion dollars over a longer period of time but allows us to use that billion dollars right now.”

The governor also wants to increase funding for lead remediation and testing, and repurpose federal grants for lead pipe replacement.

Some Democrats, like Senator Vince Hughes, want Wolf to allocate even more money to struggling schools. Hughes, of Philadelphia, said he sees the RACP proposal as serving medium to long-term needs.

It’s not clear if Republicans will get on board with Wolf’s proposal. The governor announced the plan flanked by more than a dozen Democratic department secretaries and lawmakers, but no one from across the aisle.

Spokespeople for House and Senate Republicans both declined to comment on the merits of the plan, saying only that members need to review and discuss it.