The governor first introduced Restore PA last year, to a chilly response from Republicans. It’s one of several unsuccessful proposals he is reiterating ahead of his 2020 budget address. 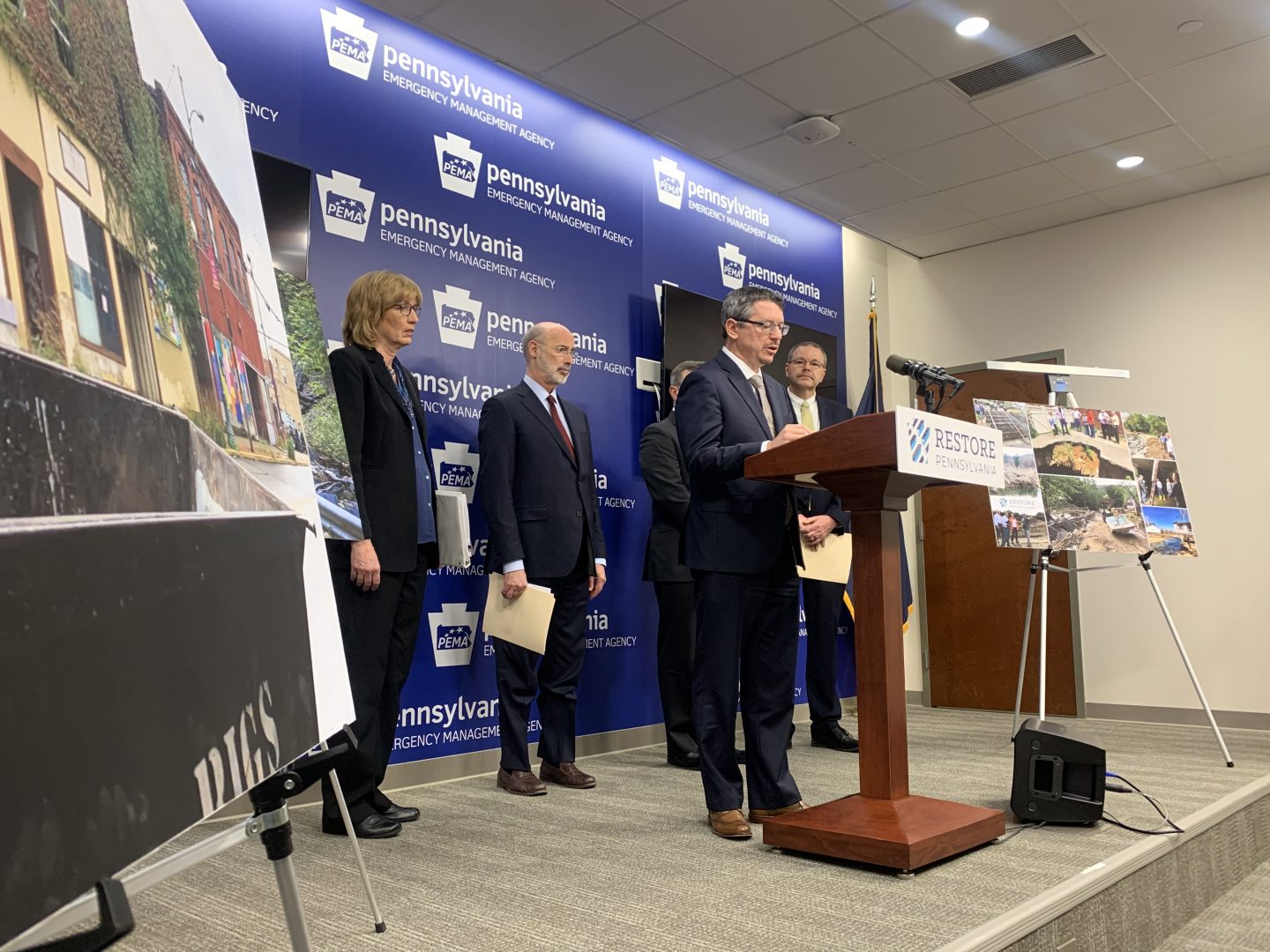 (Harrisburg) — With his annual budget address coming next week, Democratic Governor Tom Wolf is busy outlining some of his plans for the next fiscal year.

Many have gone largely ignored by the GOP-controlled legislature in the past — like a sweeping infrastructure plan known as Restore PA.

Restore PA won’t technically be in Wolf’s budget proposal, but it’s a big part of the governor’s overall vision for the commonwealth.

It involves borrowing $4.5 billion for a raft of statewide improvements—from flood prevention to road maintenance to broadband internet expansion. The money would be paid back with a new severance tax on natural gas drillers over about two decades.

Republicans have never warmed to a severance tax. Many worry it could impede drillers and the jobs that come with them. Restore PA didn’t move last year, and Wolf said not much has changed—except the scale of Pennsylvania’s infrastructure problem.

“Just in one department, we’re $50 million deeper in the hole than we would have been had we done it last year,” he said. “We wait another year, it’s going to be another $50 million.”

Wolf expressed some frustration with Republicans’ reluctance to tax drillers.

GOP leaders have proposed their own infrastructure-related plan as a counterpoint to Wolf’s. Among other things, it would make it easier for companies to get environmental permits, encourage development on abandoned industrial sites, and make it cheaper to run natural gas lines to businesses.

It overlaps with Restore PA in a few places — for instance, both aim to help companies install utility lines. But Wolf has said that Energize PA, which is largely focused on bolstering the natural gas industry, doesn’t do enough for the commonwealth’s non-drilling infrastructure.

County and local leaders across the political spectrum have endorsed Restore PA. Wolf said he’s hoping that gets it across the finish line.