Pitt alum Ellen Dorsey, left, tells a crowd of students Tuesday that she supports their demands for the University of Pittsburgh to divest from fossil fuels.

“I want to be part of a university that has strong moral values and is going to stand up for what’s right."

(Pittsburgh) — A group of alumni met with University of Pittsburgh administrators Tuesday to amplify demands students have made for years: divest the university’s endowment from fossil fuels.

The coalition, Fossil Free Pitt, stood alongside alumni outside the Cathedral of Learning holding signs and banners that read “we’re still here.”

The coalition formed in 2014 and has pressured the administration to fully divest from oil and gas companies they say are “actively destroying the environment and health” of the region. The students want the Pitt Board of Trustees to vote on divestment at its Feb. 28 meeting in Pittsburgh. Pitt’s endowment totals $4.3 billion.

In a statement, Pitt Spokesperson Kevin Zwick said the conversation was productive and informative and part of “a larger dialogue that our community is currently and actively engaged in. During the meeting, Pitt leadership listened to the alumni and reiterated the institution’s commitment to exploring the topic.”

Zwick noted that the university has committed to sustainability by reducing greenhouse gas emissions by 22 percent since 2008 and moving to local, low-impact hydropower that it expects will reduce annual electricity usage by 25 percent. 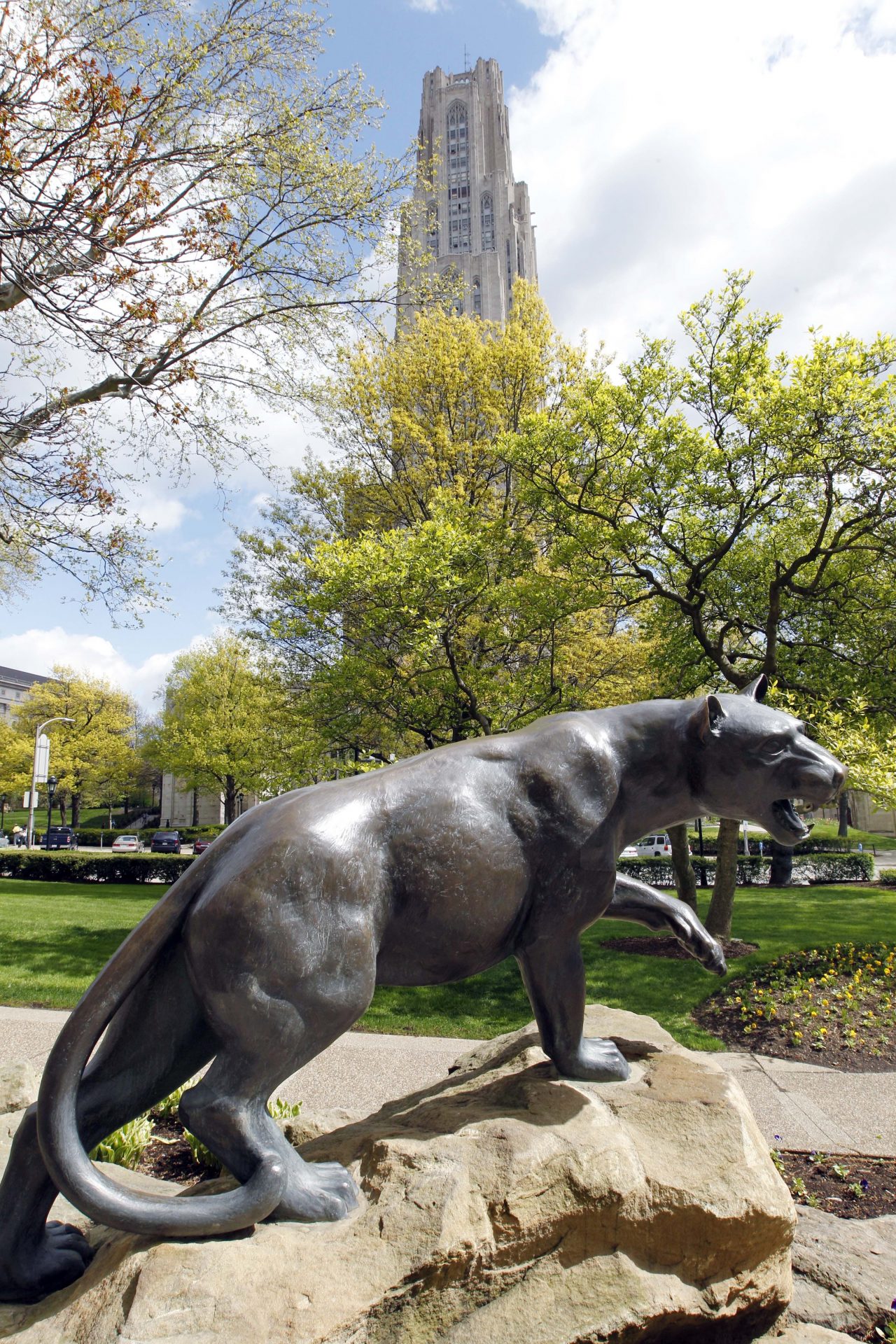 Chancellor Pat Gallagher formed a committee in January 2018 to examine socially responsible investing. Though, a letter he sent to the campus community in July did not mention divestment.

Student organizer Annalise Abraham, a sophomore focusing on environmental studies, said the coalition wants the administration and board to move faster and not “skirt around the issue.”

“I want to be part of a university that has strong moral values and is going to stand up for what’s right,” Abraham said.

Pitt Alum Ellen Dorsey met with administrators Tuesday. She has three degrees from the university and is now the Executive Director of the Wallace Global Fund in D.C. As a student in the 1980s she campaigned for the university to divest from its South African holdings in response to apartheid. The university made that move in 1987.

Dorsey said in a press conference after the meeting that Pitt has another opportunity to be on the right side of history.

“If you’re invested in fossil fuels, you’re complicit in driving the climate crisis. It’s time to do the right thing and to get out of them,” she said.

Dorsey said she thinks the administration is taking the issue seriously, but that it should be acting with greater urgency.

She said she wants the university to commit to not investing new money in fossil fuels and take a vote on full divestment in three months.

In September, the University of California moved to end its investment in fossil fuels from its $80 billion portfolio, citing financial risk.

Pitt physics professor Ayres Freitas said Pitt should be a leader in this area and follow the lead of the University of California and others that have ended investments in fossil fuels.

“The question is if Pitt will just finally go along with the inevitable, or if it is prepared to be at the forefront,” he said.