Going to the Polar Extremes

Paleontologist Kirk Johnson takes you on a dramatic and surprising adventure from pole to pole and back in time—650 million years ago to present day—to uncover the extraordinary story of the Earth’s poles and their changing climates. Join us for Polar Extremes on NOVA February 5 on WITF.

Of all the fresh water that exists on Earth today, 70% of it is frozen, held in glaciers and ice caps, most of it in the Arctic and Antarctic—but Earth wasn’t always like this. Hidden in the rocks and trapped under the ice are clues that reveal a planet totally different from the one we know today. Following a trail of strange fossils found in all the wrong places—beech trees in Antarctica, alligators in the Arctic—Johnson finds evidence that the Arctic was once covered in a subtropical forest and dinosaurs once lived near the South Pole. A journey to the hot Death Valley desert uncovers rocks that could only get there by glacier, revealing another very different age, when ice sheets extended from pole to pole, turning the entire globe into a giant “snowball” Earth. 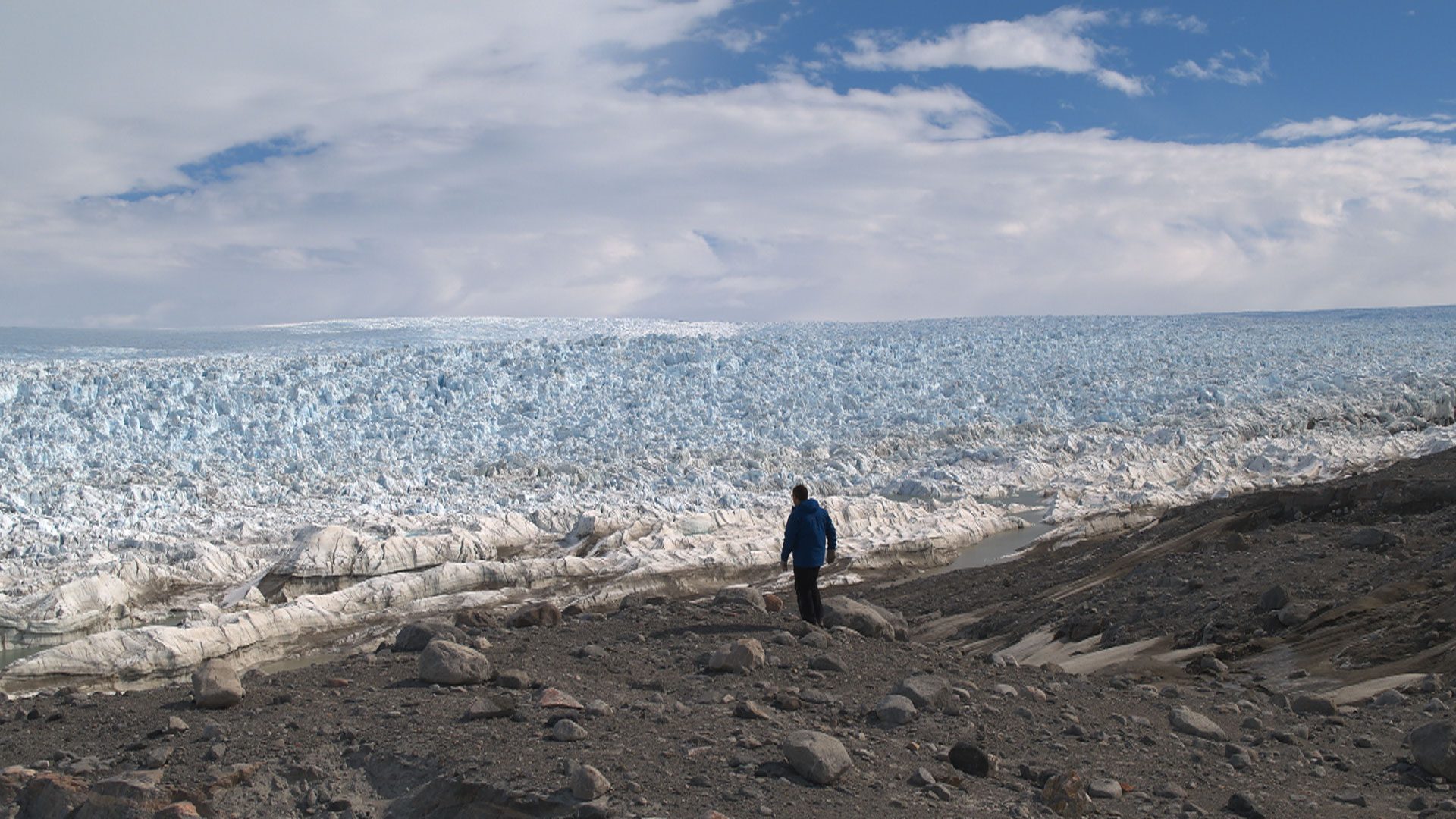 This special two-hour presentation of NOVA features stunning footage from some of the most remote locations on the planet, combined with rich, 3D graphics of long-lost landscapes. Polar Extremes immerses viewers in a scientific quest to explore the unexpected secrets of our planet’s polar past. Why were the North and South Poles virtually ice free for much of the last billion years? Which triggers turned a balmy “Hothouse” Earth—home to dinosaurs for more than 150 million years—into a frozen “Icehouse” landscape? What drives the poles to such extremes? And, can the stories of the past reveal what will happen to the poles—and the rest of our planet—in the future?

Polar Extremes shows that the Earth’s distant past is directly relevant to our collective future. “Humans are geology, and we are impacting this planet,” says Johnson. “This is the first time that a mammal has actually changed the composition of the Earth’s atmosphere and driven a dramatic change in the Earth’s climate. The question is, are we clever enough and forward-thinking enough to flip that switch back?”

Watch NOVA on WITF Wednesday February 5 at 8:00 PM (Nature is off this week). NOVA is also available through our website and via the PBS Video app.