Reed is Harrisburg’s hero and villain — depending on who you ask.

(Harrisburg) — Harrisburg will grapple with the legacy of its one-time “mayor for life” Stephen Reed for decades to come.

Under his leadership, across nearly three decades starting in 1982, the downtown transformed with a baseball stadium, research university and swanky eateries. In his wake, the city was left with a failed incinerator project and massive debt.

Reed is Harrisburg’s hero and villain — depending on who you ask.

In truth, he was just a man.

“We’re all a combination of our failures and our successes,” said Sheila Dow Ford, a Harrisburg attorney and one of Reed’s critics. “He was example A of that.” 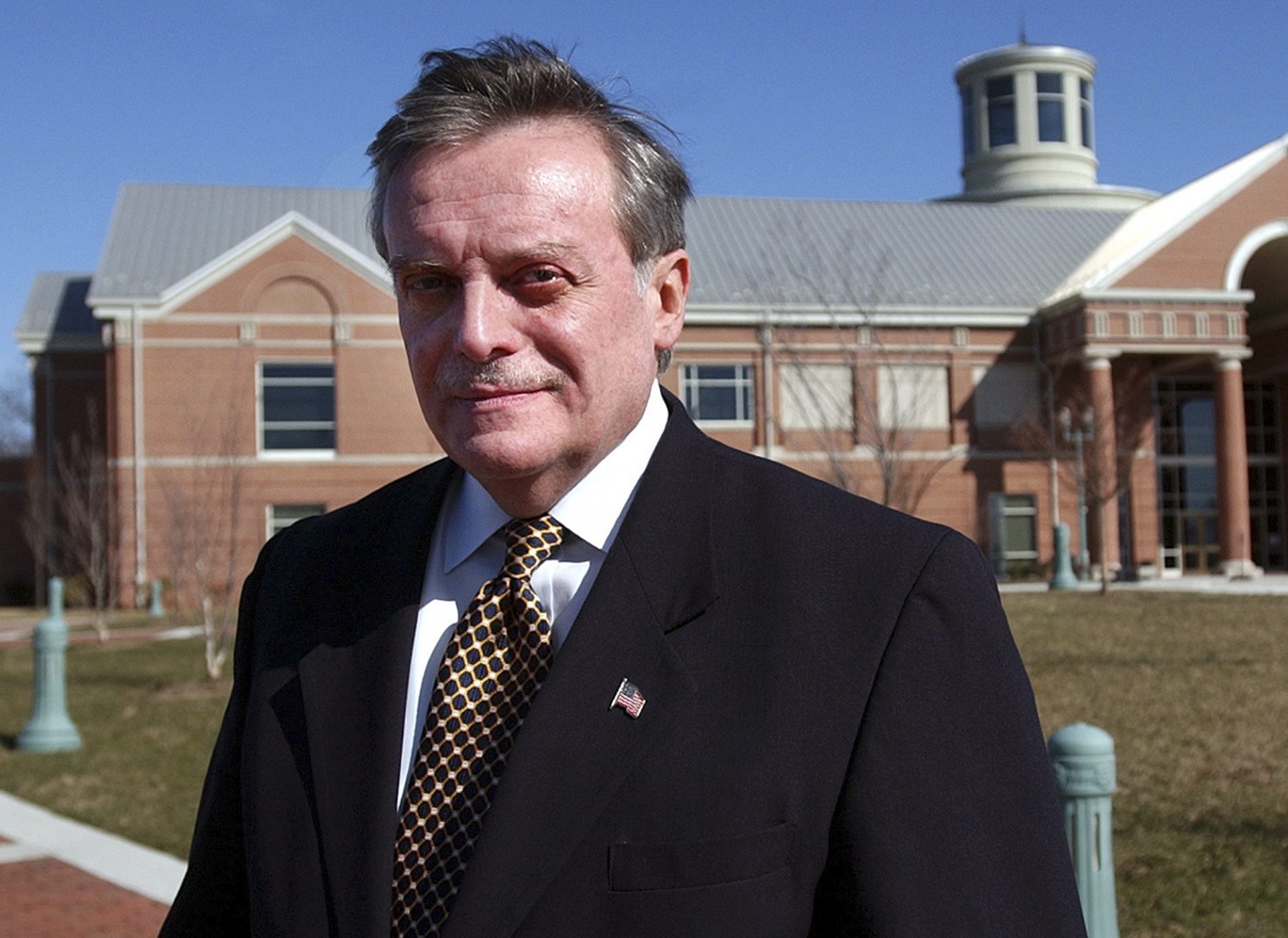 As divisive as Reed’s governance became, many of those who did battle with him became admirers even if they can’t quite square the circumstances that sent the city into Act 47 financial distress.

When Ford first met Reed in the mid-’90s, she walked up to him at a meeting and started chatting with him about an issue she was involved with. He told her it was unusual for him to be approached like that in public and suggested she send a formal letter.

Reed laughed and that was that. A grudging respect had formed.

Gloria Martin-Roberts, who served eight years on city council in addition to various other boards, often found herself at odds with Reed. In one case, her proposal to make city offices and vehicles smoke-free clashed with his lifelong habit.

“When reporters called me and said he’d said something about bombing my house, I just laughed,” he said. “I said, ‘He can act out but he will comply with this or he’ll be fined’.”

The funny thing is, Martin-Roberts said, Reed could raise his voice in private and turn around and pay her heartfelt compliments at a public groundbreaking.

“I look at it this way,” she said. “My husband and I don’t always agree. I’m not going to divorce him every time we have an argument.”

Martin-Brown hung out with Reed socially when they were both in their 20s, before he ran for the state House and for mayor, and remembers him as a bright, approachable young man. She knew he’d go on to great things, although she never figured he’d be mayor for nearly three decades.

Those qualities that made him fun to socialize with also made him a good politician. As impassioned as he could be, those who knew him say he could be just as charming and genuinely good-natured.

“Despite the fact that he went off-kilter, people still knew that he loved this city,” she said.

She continued checking in on Reed long after he left office and faced criminal charges.

“He’d tell me he was coming along OK,” she said, “but I knew it wasn’t true I knew that it was going to happen but my heart was heavy and it still is as we speak.” 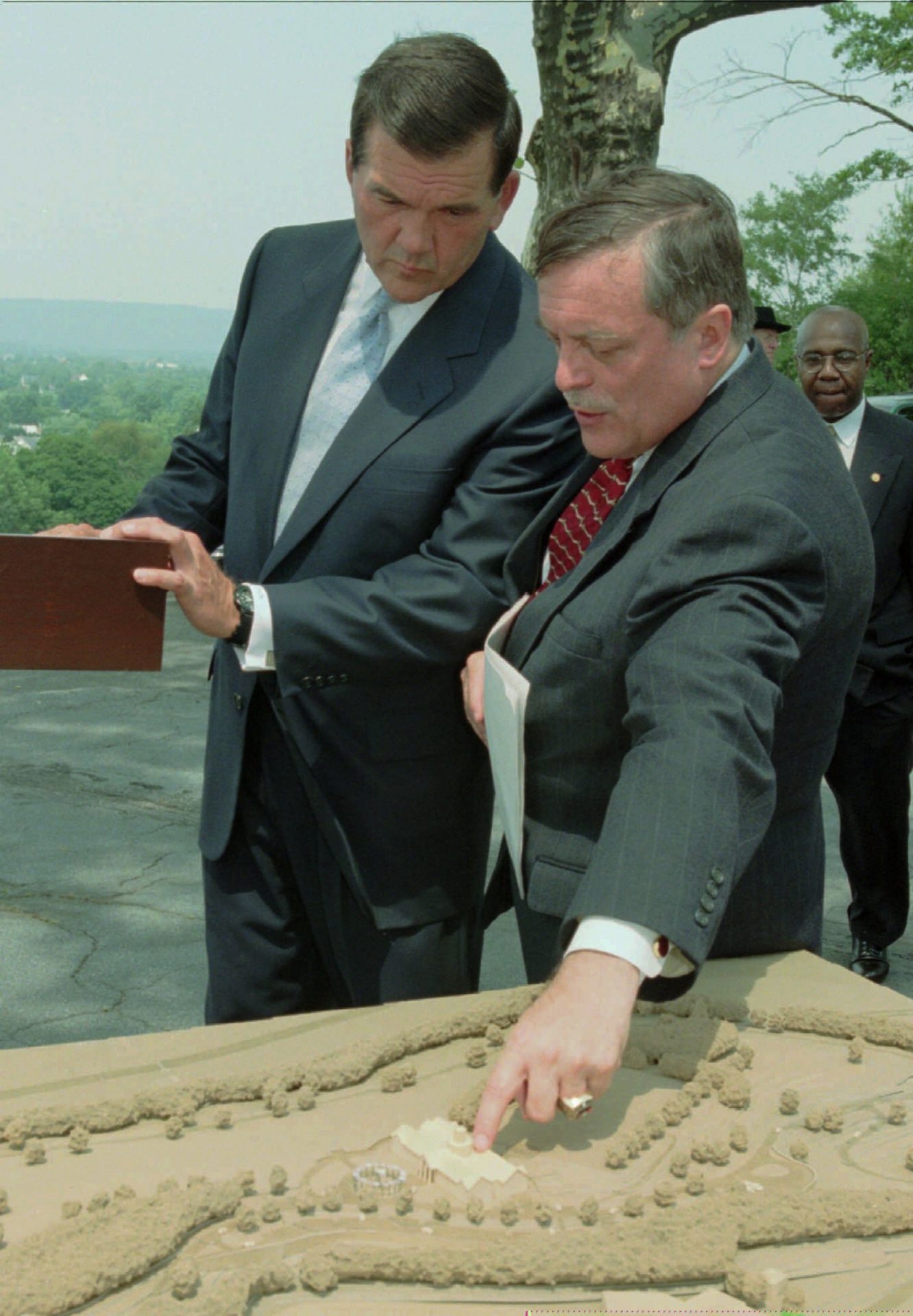 FILE PHOTO: Pennsylvania Gov. Tom Ridge, left , looks on as Harrisburg, Pa. Mayor Stephen Reed shows him a model of the National Civil War Museum during a news conference in Harrisburg, Pa. Wednesday, July 28, 1999. The Museum will be built in Reservior Park in Harrisburg.

There are some Harrisburg residents who can’t forgive Reed for his faults, Martin-Brown said. She does not count herself among them.

“Sometimes people’s egos get too entangled and they lose their way,” she said. “It didn’t make him a bad person.”

Former Carlisle Mayor Kirk Wilson, a Republican who served in that post for 26 years, said he often turned to Reed for advice. Despite their political differences, the Democrat always had a helpful suggestion for his friend.

“One thought always goes through your mind: What’s it going to be like when I get defeated or I finally give it up,” Wilson said. “You’re hopefully in it because you enjoy what you’re doing and you’re making positive change. I know that’s how Mayor Reed felt.”

The pair continued to meet routinely after they’d left office and even as Reed went through his legal travails. Wilson said Reed pleaded guilty even though he believes the former mayor could’ve prevailed in court.

“He felt he needed to take responsibility for what he was alleged to have done for the [20] items he couldn’t prove ownership,” he said.

When they met, the pair focused on the good memories: trips they shared on the Pride of the Susquehanna riverboat or Reed’s encyclopedic knowledge of the battle of Gettysburg.