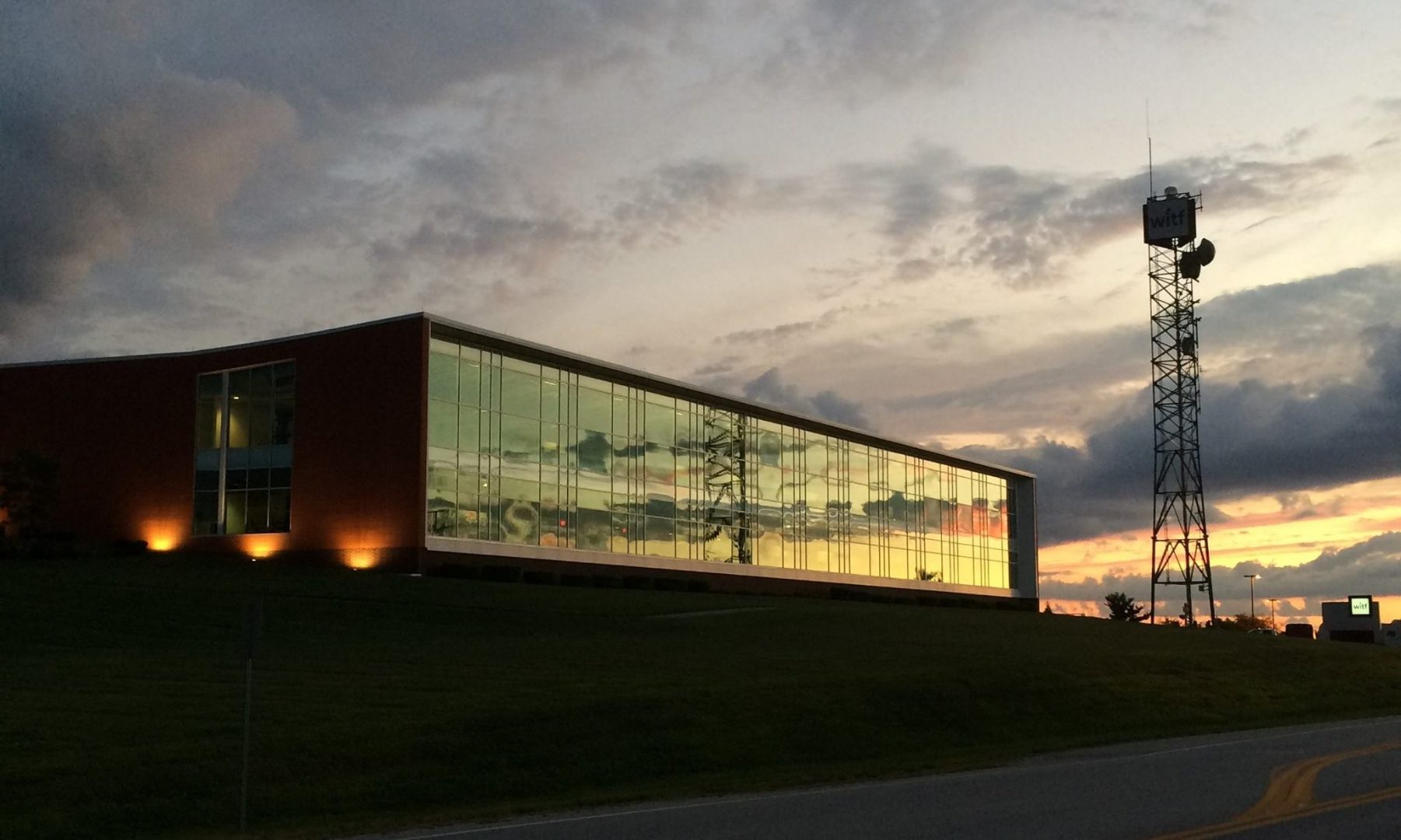 Audio Stories have been edited for time

Martha Stringer holds a photo of her daughter, Kim, from when she was in high school. Kim is 27 now.

Praying for involuntary commitment, one family struggles to help their bipolar daughter (July 11, 2019)

When Kim Stringer was a teenager, she was diagnosed with bipolar disorder.  Now 27-years-old, she sleeps in a shed and searches dumpsters for food.  Her parents want her to be involuntarily committed so she can be treated for mental illness — but Stringer doesn’t want it, and isn’t required to get it.

As part of Through the Cracks — our ongoing series looking at mental health – WITF’s Brett Sholtis reports, she is approaching a crossroads.

In March 2019, to commemorate the 40th anniversary of the partial meltdown at Three Mile Island, we wanted to share the stories of the people it most affected — families who left and families who stayed, nuclear protesters and nuclear advocates, first responders, press, politicians and others who lived through the event. We also looked ahead to the future of the nuclear industry in Pennsylvania. 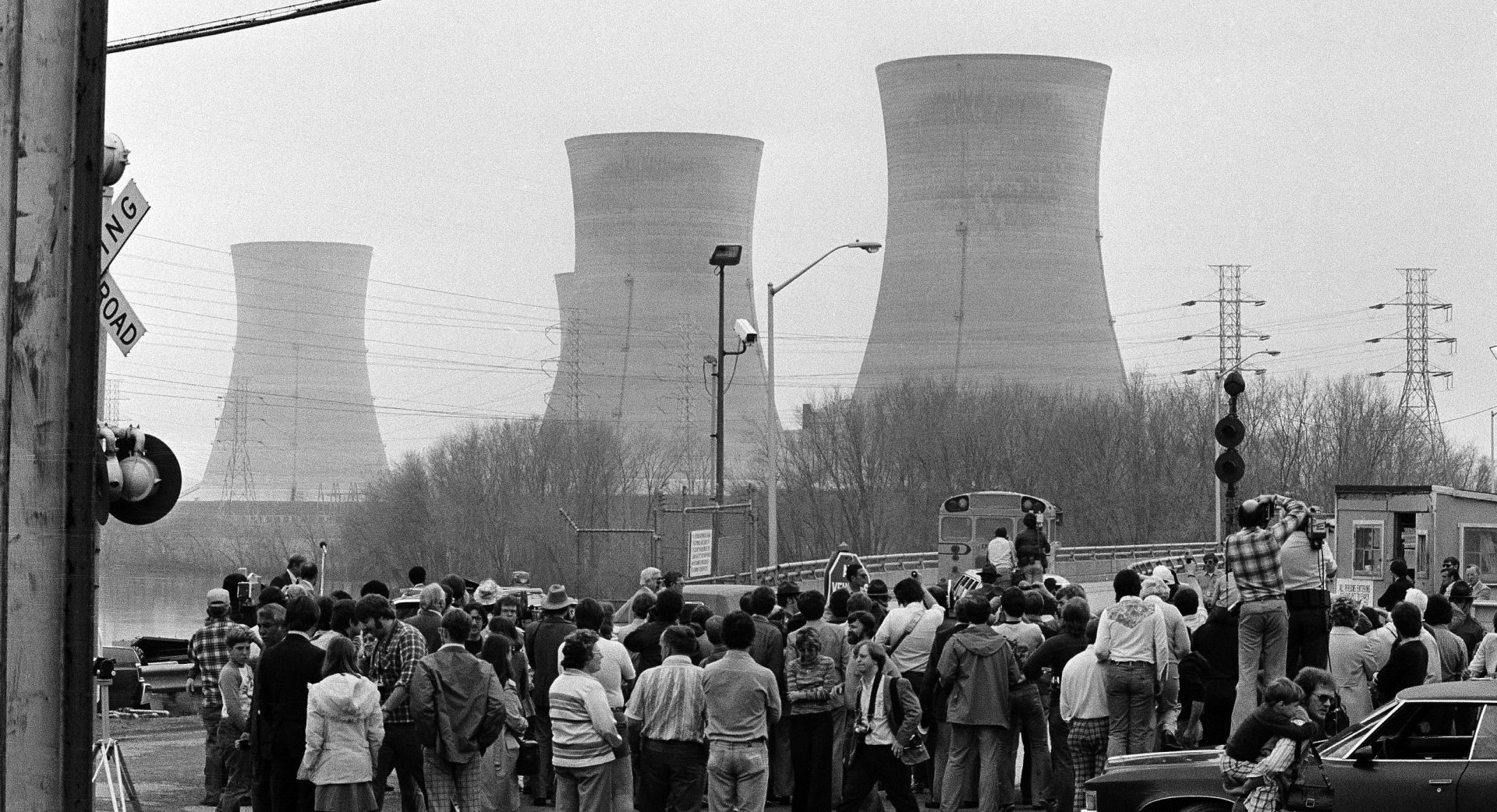 Forty years ago today, the United States experienced the worst nuclear accident in its history.

(SOUNDBITE OF ARCHIVED RECORDING) “Met-Ed company officials had to shut down their Three Mile Island nuclear power station unit No. 2 this morning after an accident occurred within the plant’s turbine system.”

WITF’s Marie Cusick reports the partial meltdown at the plant near Harrisburg, in 1979 sparked a major anti-nuclear backlash. The entire plant is finally set to close this fall, but environmentalists are actually now making a push to keep it and other nuclear power plants open.

Audio documentary:  I remember TMI – an oral history of the 1979 Three Mile Island accident as told by people who lived nearby  (March 29, 2019)

In this special StateImpact Pennsylvania oral history produced by WITF, listen as seven residents bring you inside their stories of uncertainty, confusion, fear and the decision they faced: Stay home amid risk of radiation, or flee.

A three-part podcast “Three Mile Island: As It Happened” aims to take you through the chaos and confusion as the nation’s worst nuclear accident unfolded. It’s hosted by WITF’s Tim Lambert and he guides you through the first few days of the crisis, almost moment-by-moment. This was produced as part of our coverage of the 40th anniversary of the partial meltdown at TMI.

Can Pennsylvania toughen its gun laws? 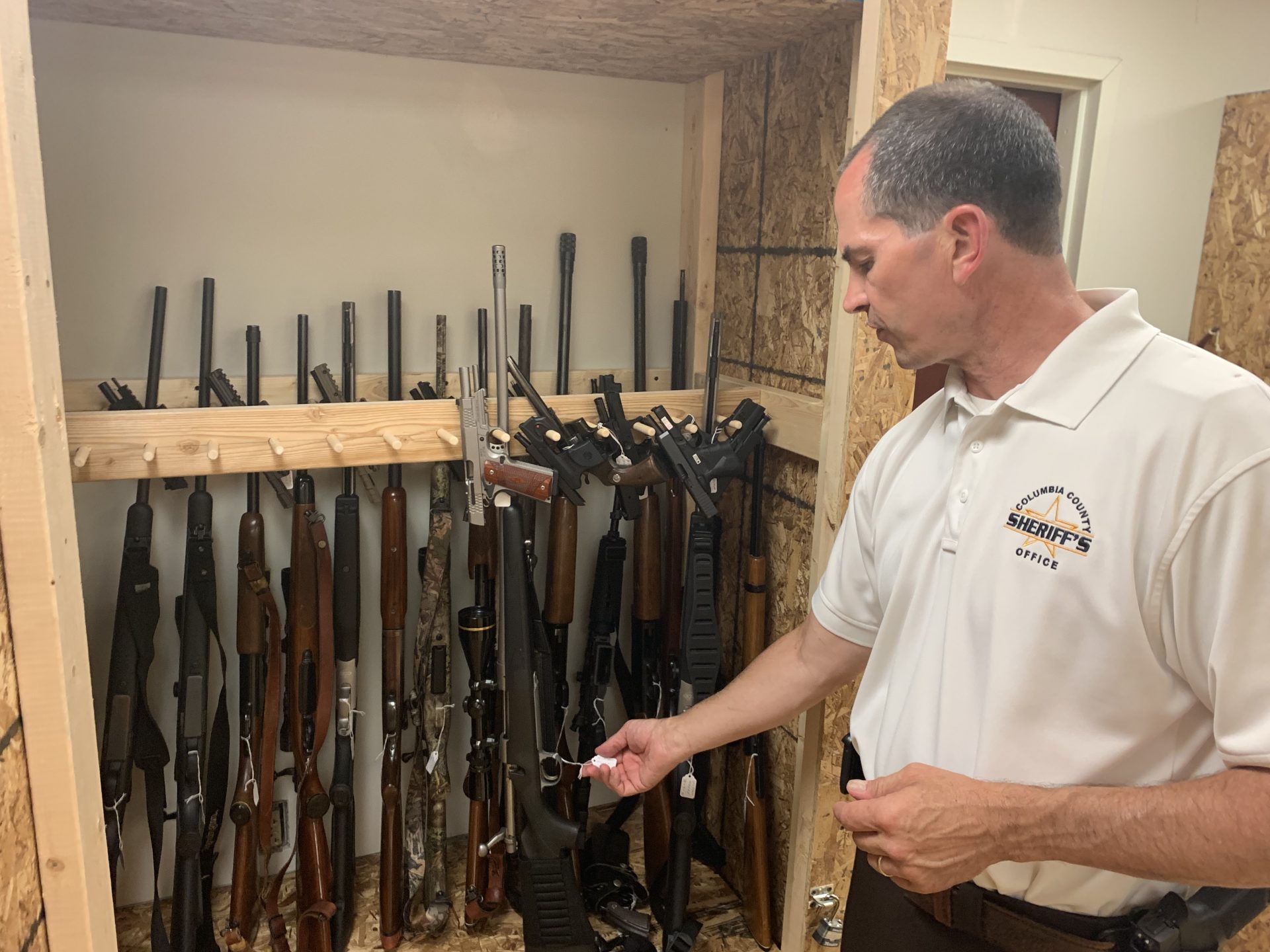 The Columbia County Sheriff’s Department weapons storage facility is at 75 percent capacity of its weapons storage, according to Sheriff Timothy Chamberlain. Columbia and other rural counties tend to take multiple guns — often dozens — from defendants ordered to relinquish their weapons as part of protection from abuse orders.

State law now requires ALL people subject to a protection from abuse order to turn their firearms over to law enforcement, a commercial armory or their attorney.

Before Act 79 took effect this past April, some defendants could keep their guns … and those that couldn’t, had the option of giving them to friends or relatives.

PA Post’s Emily Previti reports storage space is already at a premium in some counties.

She was shot by a stranger in Chester County. She thinks a red flag law might have prevented it. (December 19, 2019)

It’s hard to get Democrats and Republicans to agree on gun restrictions. But there’s *one* kind of law that a growing number of states have adopted. Colloquially, it’s known as a red flag law. If a person’s family members think they might be a danger to themselves or others, the measure lets them petition a court to temporarily seize their firearms.

In the last couple of years, Pennsylvania’s generally gun-control-averse lawmakers have begun talking seriously about adopting a red flag law. But the question that comes up most is, do they work? Katie Meyer reports, WITF and PA Post decided to find out.

The future of the Amish in central Pennsylvania

An Amish man’s hat rests on a rock outside a farmhouse in Leacock Township, Lancaster County, on July 24, 2019.

A squeeze and a vision: Why some Amish want to leave Lancaster County (August 26, 2019)

The United States’ population is growing at its slowest rate since the Great Depression. But one group with a strong presence in the central Pennsylvania —  the Amish community — has expanded much faster. It’s growing at about six times the rate of the general population.

WITF’s Rachel McDevitt spoke to members of the Amish and non-Amish communities to see how the growth is putting pressure on both communities. [A note– You won’t hear the voices of Amish people in this story, because most do not allow themselves to be recorded.]

Head injuries on the football field 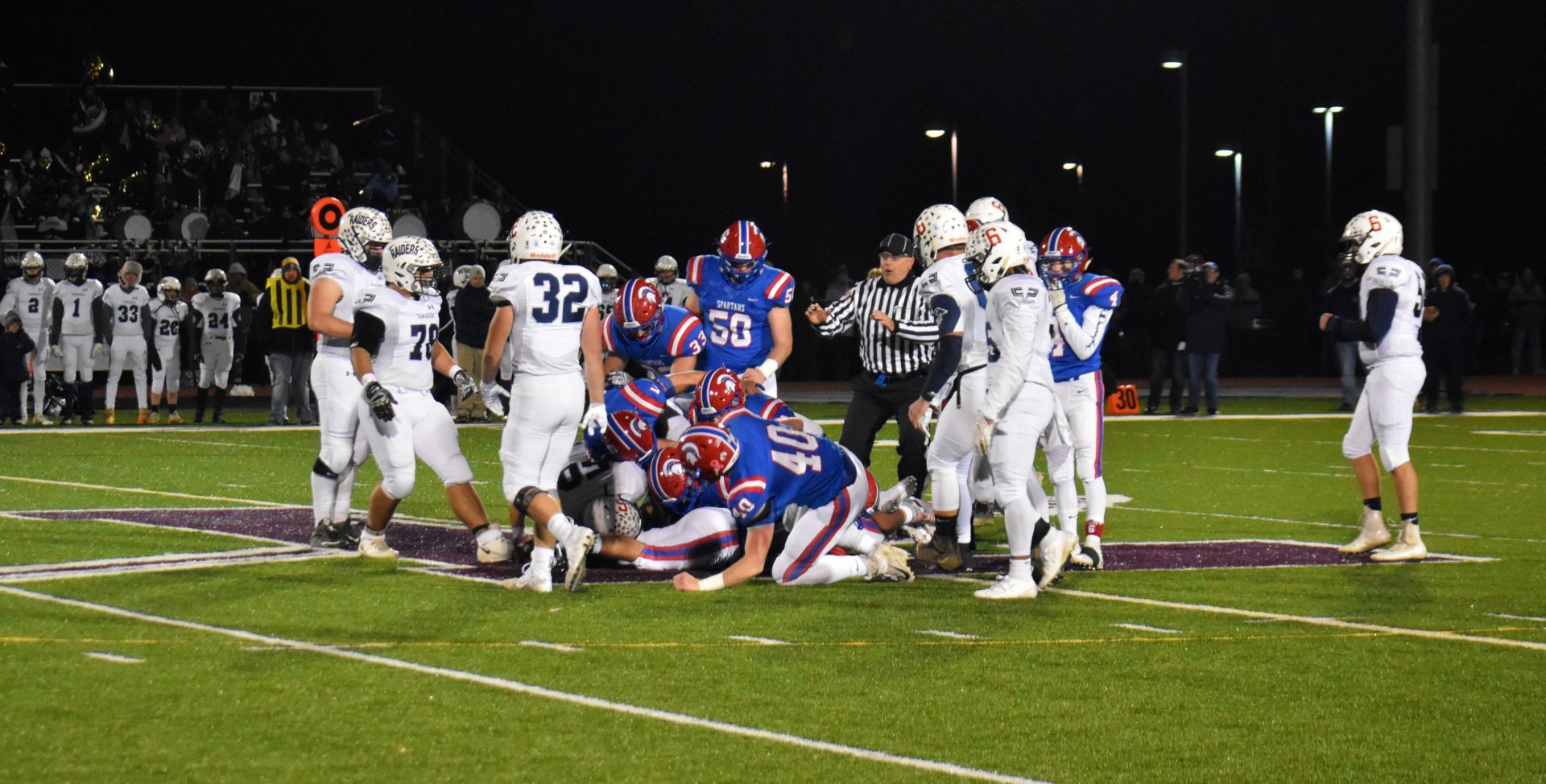 High school football injuries can have lifelong consequences for many players. In Pennsylvania, the sport is worth the risk (November 20, 2019)

The North Schuylkill High School community reeled after a member of its football team suffered a severe neck injury during a game.  Transforming Health’s Brett Sholtis reports from Schuylkill and Carbon counties, where people have conflicting emotions over a game that’s part of the community’s fabric, even as its risks are coming under increasing scrutiny. 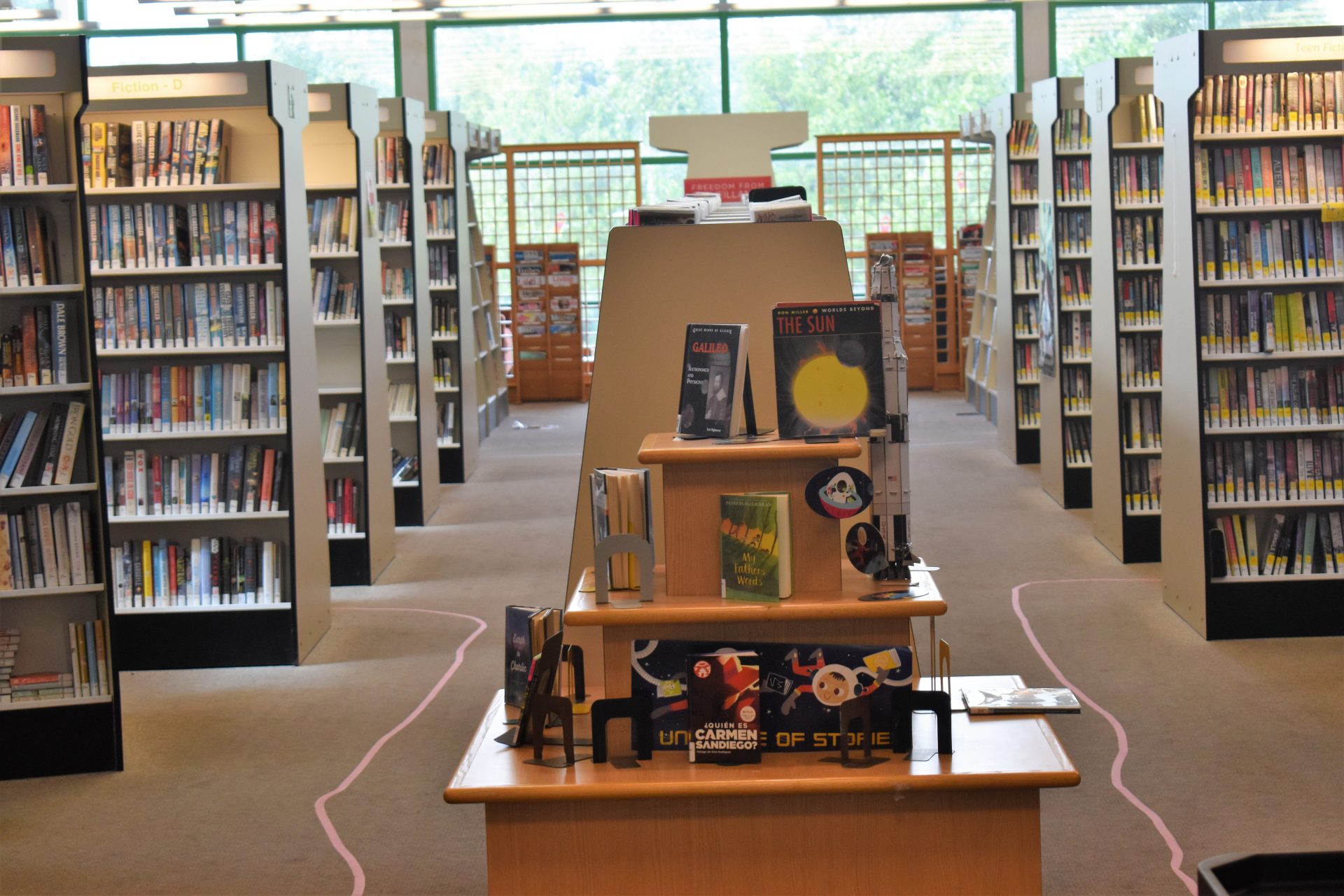 Pa. libraries are getting more state money this year, but it’s still less than what they received a decade ago. (August 22, 2019)

A listener had a question — how much financial support does the state provide to public libraries? So, he submitted it to PA Post’s Listening Post. WITF’s PA Post reporter Ed Mahon (MAH-hen) looked into it and reports state budget cuts from more than a decade ago are still straining their resources.

Pennsylvania man killed in Afghanistan to be buried in Arlington 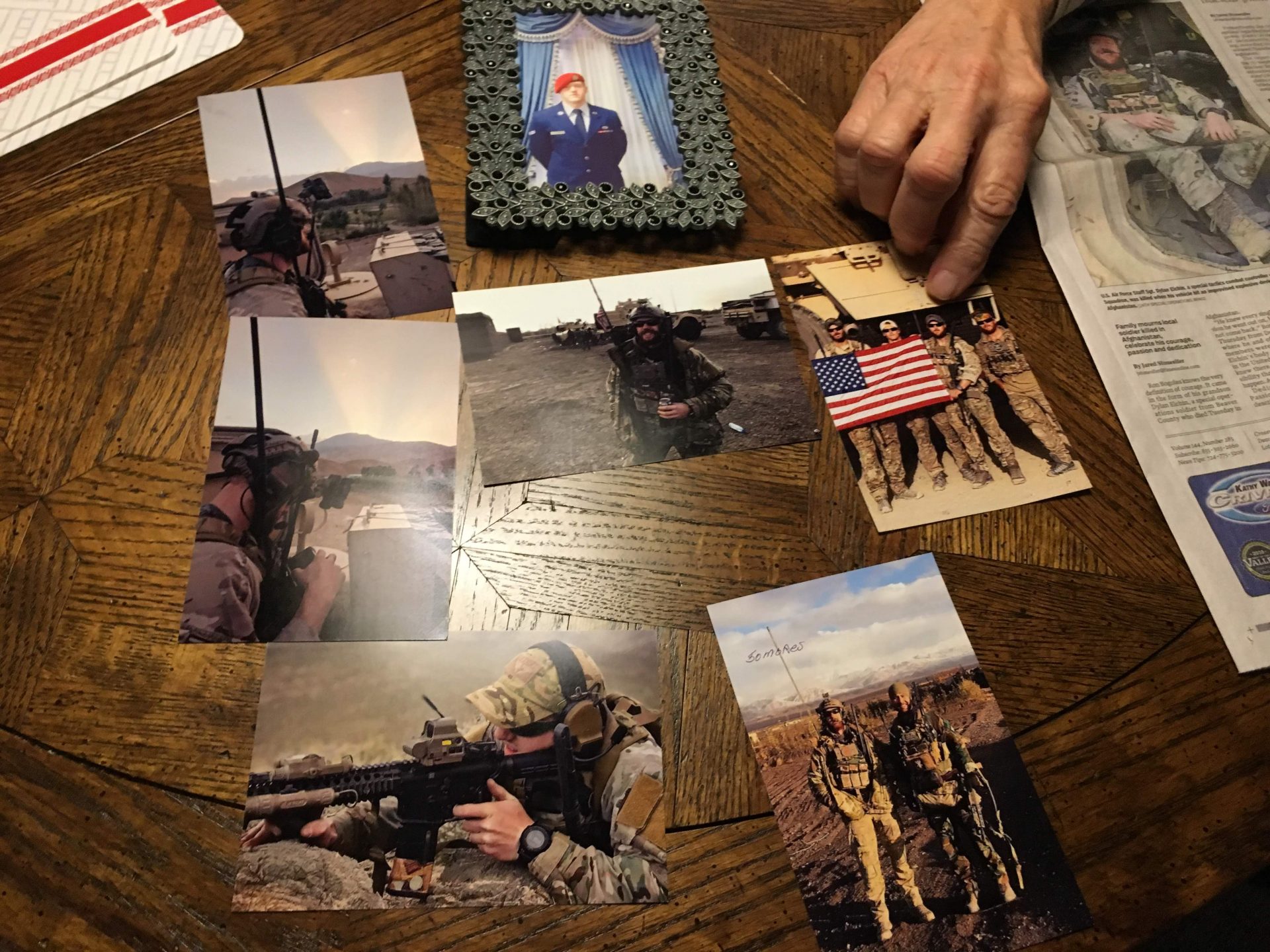 Photos of Air Force Staff Sgt. Dylan Elchin are seen on a table in the home of Ron Bogolea, Elchin’s maternal grandfather, on Thursday, Dec. 13, 2018.

Dylan Elchin was eight years old when America’s longest war started. A photo of him as a child shows him wearing his boy scout uniform and a red beret as he salutes for the camera. He eventually traded the boy scout beret for a different one.

“This read beret is exclusive in the Air Force to these combat controllers. Not everybody gets one.”

Today, the staff sergeant who served with the 26th Special Tactics Squadron as an elite combat controller will be laid to rest at Arlington National Cemetery in Virginia. WITF’s Tim Lambert reports his funeral comes nearly two months after he was killed along with three others in the deadliest attack against U-S forces in Afghanistan in 2018. 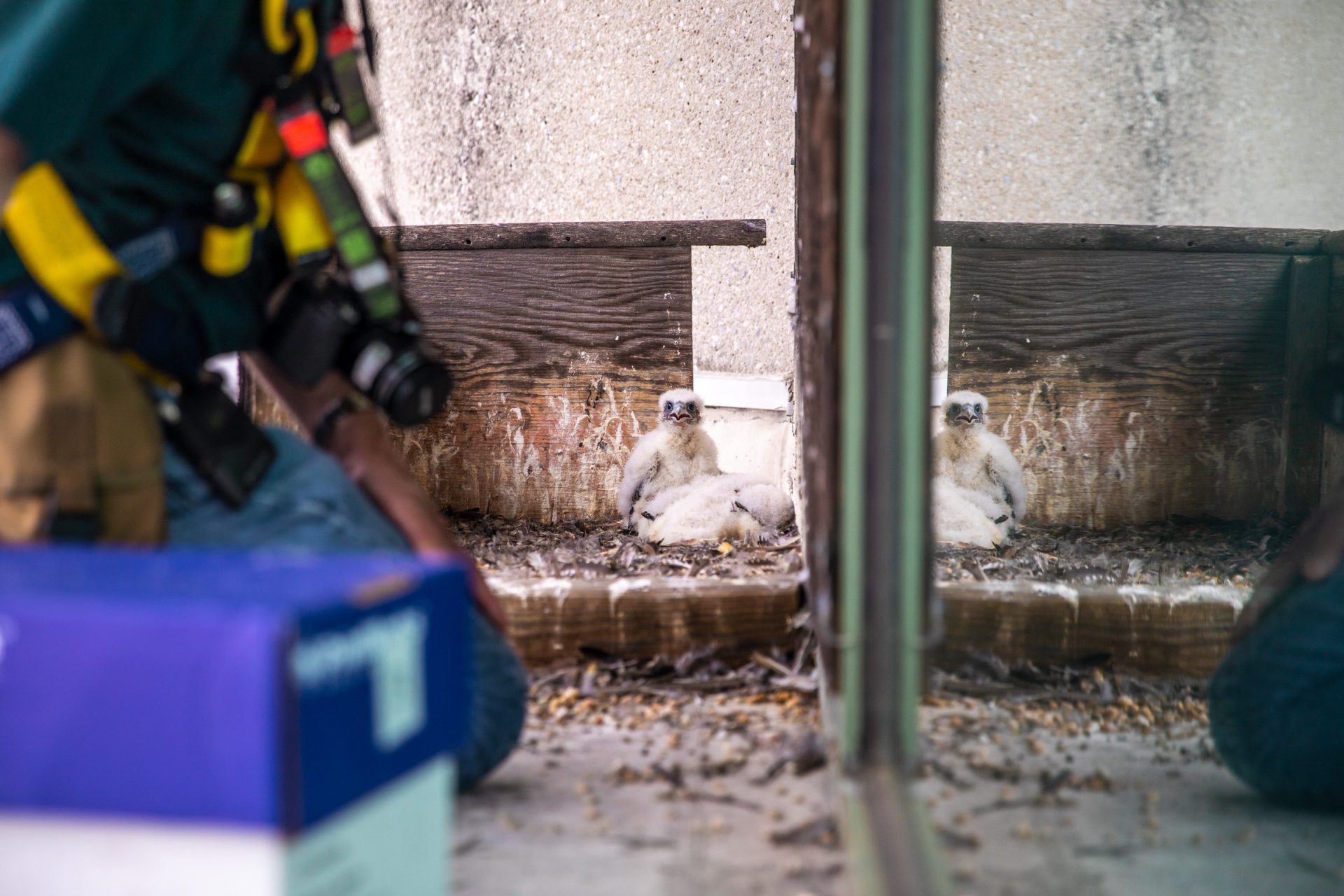 Decades after Silent Spring, peregrines thrive on the Rachel Carson Building (May 24, 2019)

Across the street from the Amtrak station, in the busiest part of downtown Harrisburg, stands the Rachel Carson State Office Building. Named for the famous environmentalist, it’s home to the commonwealth’s Department of Environmental Protection. It’s *also* home to some famous falcons. WITF’s Katie Meyer reports Carson herself would probably be thrilled to know the birds are still around. 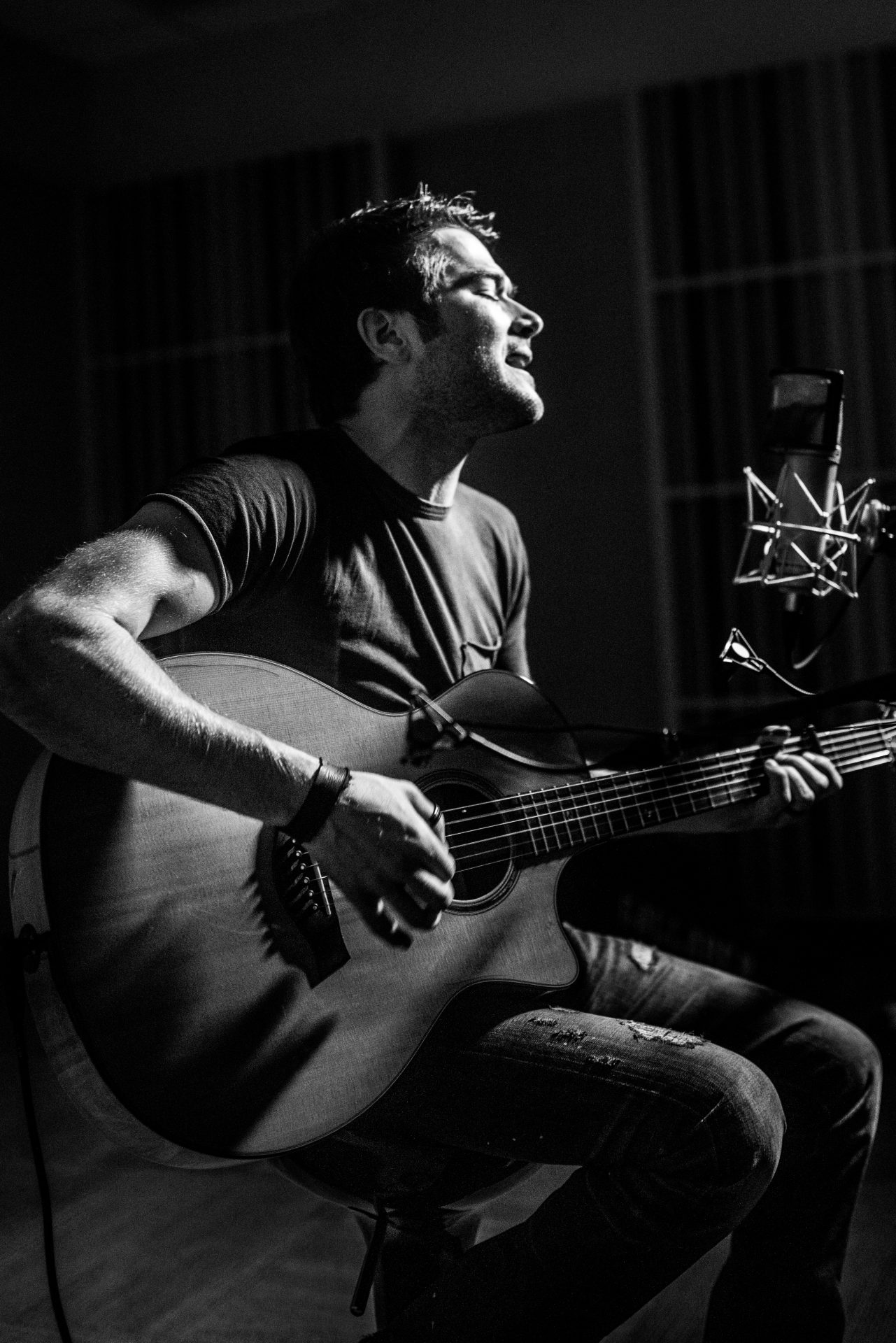 The Ken Burns documentary Country Music traces the genre’s history back to the time of the settlers and up to its current state as a major industry in American music. There were many contributions to country music coming from different places, and Pennsylvania has it’s own part of the story.

Country Music in Pennsylvania is a radio program that explores Pennsylvania’s connection to the history of country music and its contributions to the genre today. Discover the work of George Korson who collected and documented the folk songs of Pennsylvania’s miners. Listen to the songs and learn about how these songs shaped modern day country music. Hear from bluegrass artist Del McCoury about his Pennsylvania roots. Visit C.F. Martin & Company whose legendary guitars were the choice of many of country music’s biggest names. And meet some of our region’s country and bluegrass artists of today, including Ben Gallaher, Colebrook Road, Stephanie Grace and Al Shade.

WITF hosts six morning regional and state newscasts each weekday during Morning Edition. This newscast aired on on August 6, 2019. It includes:

Journalist Dave Sollenberger recalls trying to sift through confusion and chaos while covering the Three Mile Island accident 40 years ago. He talked about the experience on Smart Talk.

Preview of the podcast Three Mile Island: As It Happened

“We’re getting conflicting reports too,” Gov. Dick Thornburgh said at a press conference March 30, 1979, two days after the accident at Three Mile Island. “What we’re trying to do is give you our best estimate of what the accurate facts are.”  Watch this WITF archival footage.

Central Pennsylvania is home to families who left and families who stayed, nuclear protesters and nuclear advocates, first responders, press, politicians and others who lived through the event. They all have a story to tell. WITF reached out to our audiences on TV, radio and on social media for their memories—and we received hundreds of responses. Those experiences will live on as part of a virtual exhibit.

WITF took listeners back in time with a “live” historical Twitter thread.

The Three Mile Island accident on March 28, 1979 is still considered the worst at a U.S. nuclear plant in history. This video documentary details what happened inside the containment building at TMI on March 28, the chaos, confusion, miscommunication and fear in the area surrounding the plant afterwards and the legacy of TMI after the accident.

On the 40th anniversary of the Three Mile Island nuclear accident, there’s a growing debate over the role nuclear energy plays in addressing the climate crisis. Nuclear plants provide about 20 percent of the nation’s electricity. But many nuclear plants in the U.S. are old and unprofitable, including Three Mile Island. The plant is scheduled to close in September 2019. This video documentary delves into the issue.

For months, WITF News Director Tim Lambert unraveled the story behind a scene that happened on Omaha Beach in Normandy 75 years ago. It was immortalized in a picture taken on D-Day +1 — June 7th, 1944. It shows 31-year-old Private First Class Nicholas Russin of Lyndora, Pa. being dragged ashore, clearly half-drowned, under artillery fire. Tim, with the help of historians have been able to figure out the events leading up to that photo, who some of the men pictured were, and what happened to them. His digital-only story was posted to WITF’s PA Post web page and includes actual film footage from the rescue, photos and a video narrated by a Normandy historian that was filmed near the actual site of where the photo was taken on Omaha Beach in France.

WITF’s Rachel McDevitt’s long-form, digital-only story looks at how what had begun as an investigation of construction and safety concerns around a pipeline project expanded to uncover an illegal “buy-a-badge” scheme.

A collection of interviews, photos, and music videos, featuring local musicians who have stopped by the WITF performance studio to share a little discussion and sound.

Behind the scenes with WITF journalists

The regal fritillary, a rare butterfly that’s nearly disappeared from the eastern United States, has found refuge in a surprising place — a National Guard training center in central Pennsylvania.

Richard Alley, a professor of geosciences at Penn State University, explains why the world is more sensitive to climate change than we like to think in this video.

The debate over the minimum wage shows no signs of going away soon. WITF’s PA Post reporter Ed Mahon explains five points about how we got here, and what’s likely to happen next.

Pennsylvania Gov. Tom Wolf and state lawmakers had a lot of ideas about what to put in the 2019-2020 budget … and not all of them made the cut. WITF’s PA Post reporter Ed Mahon explains five talked-about items that didn’t make it into the final package.

Here’s who makes money from the voting machine requirements for Pa. counties and how those decisions are made

Pennsylvania Lottery: Where more than $1 billion in profit goes