Tigers QB Joe Burrow: "This is what I wanted to do from the time I was 5 years old, was hoist this trophy, and bringing it back to Louisiana."

Early on, defending champs Clemson, going in with a 29-game winning streak, managed a 10-point lead over LSU, a team hungry for its first title victory since 2007. But LSU stormed back and Burrow showed why he is the best player in college football, cleaving Clemson’s rock-solid defense with five touchdowns, no interceptions and a record of 463 yards on 31 of 49 passes.

Although considered a neutral site, the New Orleans Superdome is just 80 miles from LSU’s campus, and was filled with raucous LSU fans. 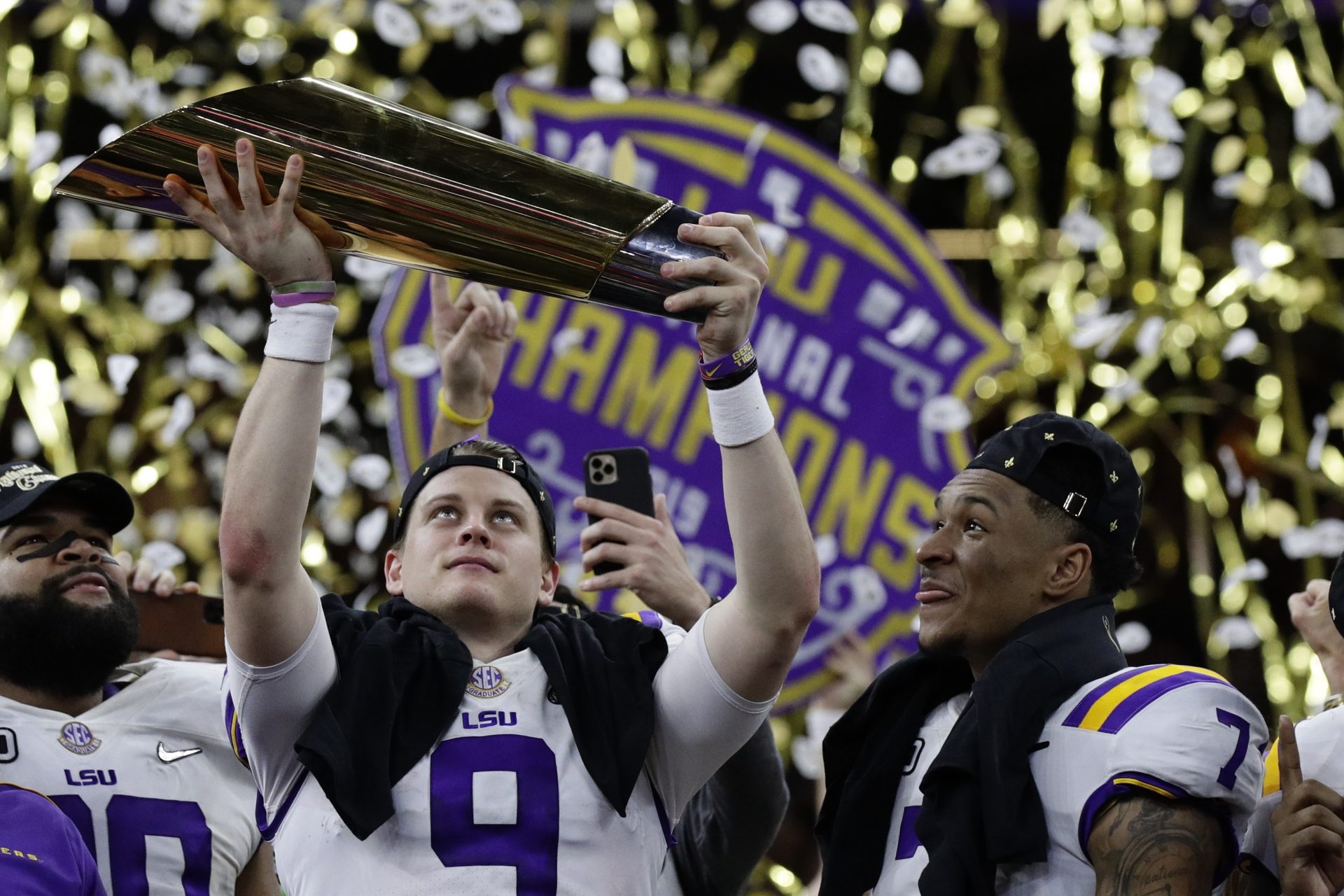 “This is what I wanted to do from the time I was 5 years old, was hoist this trophy, and bringing it back to Louisiana,” Burrow said, catching himself. “I guess we’re in Louisiana, but staying in Louisiana, we weren’t going to let someone come in here and steal this from us in our home state.”

In just the first half, Burrow connected with Biletnikoff Award-winner Ja’Marr Chase for 147 yards. Chase made nine catches for 221 yards and two touchdowns for the game – a new CFP National Championship record for receiving yards.

The Tigers had 30-year-old assistant coach Joe Brady to thank for bringing them a version of the New Orleans Saints’ offense, which they deployed with considerable effect against Clemson’s defense.

Clemson managed to hold back LSU in the early part of the game. But then Clemson quarterback Trevor Lawrence, a sophomore, found himself struggling. In the first quarter, he managed 161 yards and completed 10 of his first 15 throws.

Outspending every other state on the census, California starts its own count too