Kristine Autenreith teaches Language Arts to juveniles at the Allegheny County Jail. The students are in the jail because they're being tried as adults for crimes such as murder, rape and robbery.

The county received funding from the MacArthur Foundation a year ago to reduce the number of inmates by 20 percent in two years. 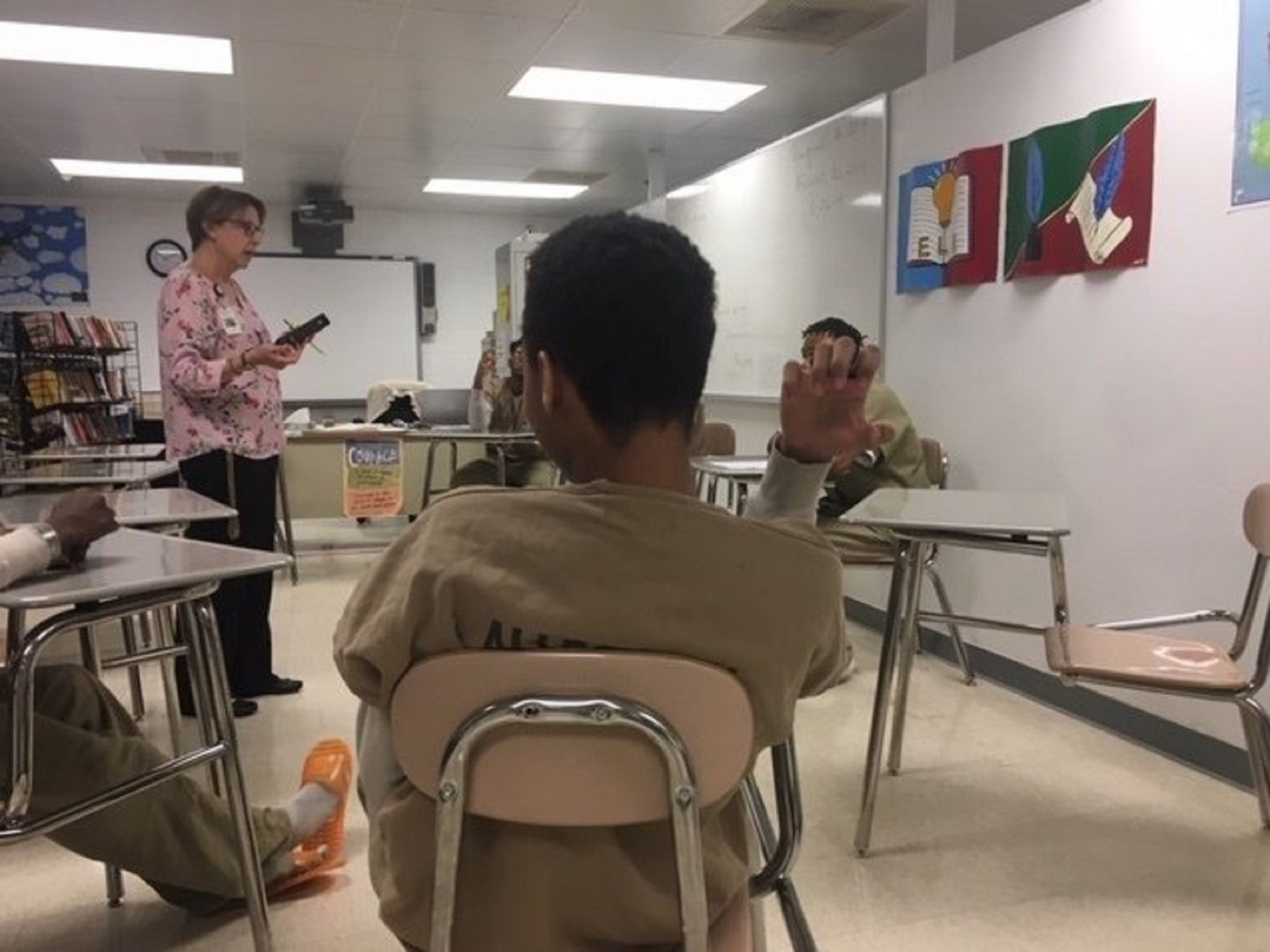 Kristine Autenreith teaches Language Arts to juveniles at the Allegheny County Jail. The students are in the jail because they're being tried as adults for crimes such as murder, rape and robbery.

(Pittsburgh) — In a story about local population decline that officials are actually celebrating, the average daily population in the Allegheny County Jail has fallen 7 percent since late 2017, according to a report the county released this week.

Allegheny County received funding from the MacArthur Foundation a year ago to reduce the number of inmates by 20 percent in two years. The foundation plans to provide a total of $2 million as part of its Safety and Justice Challenge.

The local public defender’s office, for example, has three new attorneys who attend preliminary arraignments outside daylight hours. The hearings mark the first court appearance following arrest and occur around the clock: At the proceedings, a judge decides whether a defendant will be detained until trial.

The presence of a lawyer at that early stage can make a big difference. County data show that judges were 39 percent less likely to impose cash bail on indigent defendants who were given counsel. These defendants were also 44 percent more likely to be released on conditions other than bail, such as being required to report to court staff by phone.

“There’s a dialogue between us and the courts, which didn’t exist before,” Acting Chief Public Defender for Allegheny County Matt Dugan said of his attorneys’ advocacy at preliminary arraignments. 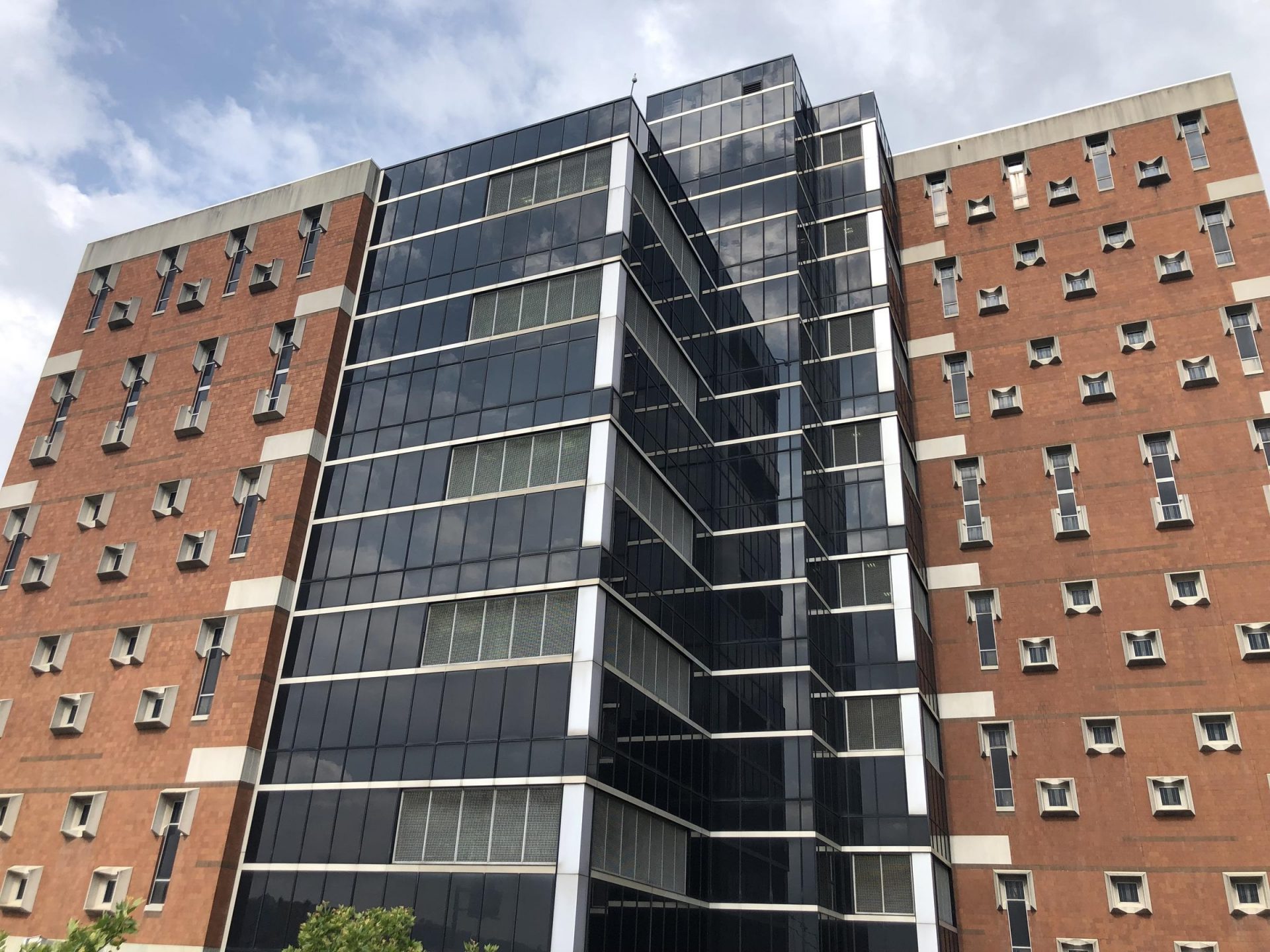 Allegheny County received $2 million from the MacArthur Foundation to reduce the local jail population by 20 percent.

“We can humanize an individual. We can provide context to certain allegations,” Dugan said. “If the judge actually has a question that’s going to factor into his or her decision whether or not to release an individual, we’re there to answer it.”

Until 2017, the public defender’s office did not staff preliminary arraignments at all. The agency first offered representation at the hearings in April 2017, but only during daytime hours. Dugan said the MacArthur grant enabled his office to add overnight attorneys early last year. While they do not cover all weekend hours, public defenders now attend 75 percent of arraignments, according to Dugan.

“If the judge is concerned there’s a mental-health issue or a drug and alcohol issue,” Dugan said, “we can connect clients to services, and that secures release as well.”

The Adult Probation and District Attorney’s offices, meanwhile, have used the MacArthur grant to add staff to help process cases more quickly. Pretrial Services, meanwhile, has expanded its team to more readily provide magisterial district judges, who handle cases in the prelminiary stages, with risk assessments to recommend whether to release individual defendants before trial.

The county said it further drove down its daily jail population by expediting the transfer of inmates to other correctional institutions.

In its report this week, the county said that during an average day in October, the jail had 2,399 inmates, compared to a daily average of 2,587 between November 2017 and April 2018.

Those estimates are lower than daily figures published on a website run by the county’s Department of Human Services. Nyssa Taylor, criminal justice policy counsel for the American Civil Liberties Union of Pennsylvania, noted that the department’s website suggests the number of inmates is actually on the rise.

The total number of jail inmates does appear to have increased at first glance. But that growth appears to be driven largely by a factor outside the county’s countrol: Since around August 2017, the number of detainees held at the jail by the federal government has grown to nearly 300 people — 10 times the number of federal detentions there in the summer of 2017.

The county said it did not include such federal holds in its MacArthur grant report, which focused on its own policies. Jail officials said there was no pattern in the types of charges bringing federal defendants to the facility.

In a statement Wednesday, county executive Rich Fitzgerald hailed the jail population decline, describing it as the result of collaboration between local courts, public defenders, and prosecutors.

“Addressing overincarceration isn’t an issue that I can solve on my own,” Fitzgerald said, “and it isn’t going to be solved by County Council passing a law. It requires all of the stakeholders in the criminal justice system to be part of the solution.”

Fitzgerald’s statement came a week after recently seated county councilor Bethany Hallam called for reforms at the jail, and for council to assert its independence from the executive’s office.

While Hallam said she agrees “there needs to be a collaborative effort to fight mass incarceration,” she added, “to start off the conversation by saying that certain bodies have no power … is discouraging the mission instead of progressing the mission.”