Raising the minimum wage by $1 or more appears to have a protective effect against suicide, especially in times when unemployment is high and it's hard to find a job.

Raising the minimum wage by $1 may prevent thousands of suicides, study shows

"In a lot of areas around the country we're seeing that the American dream is really not panning out for a lot of people." 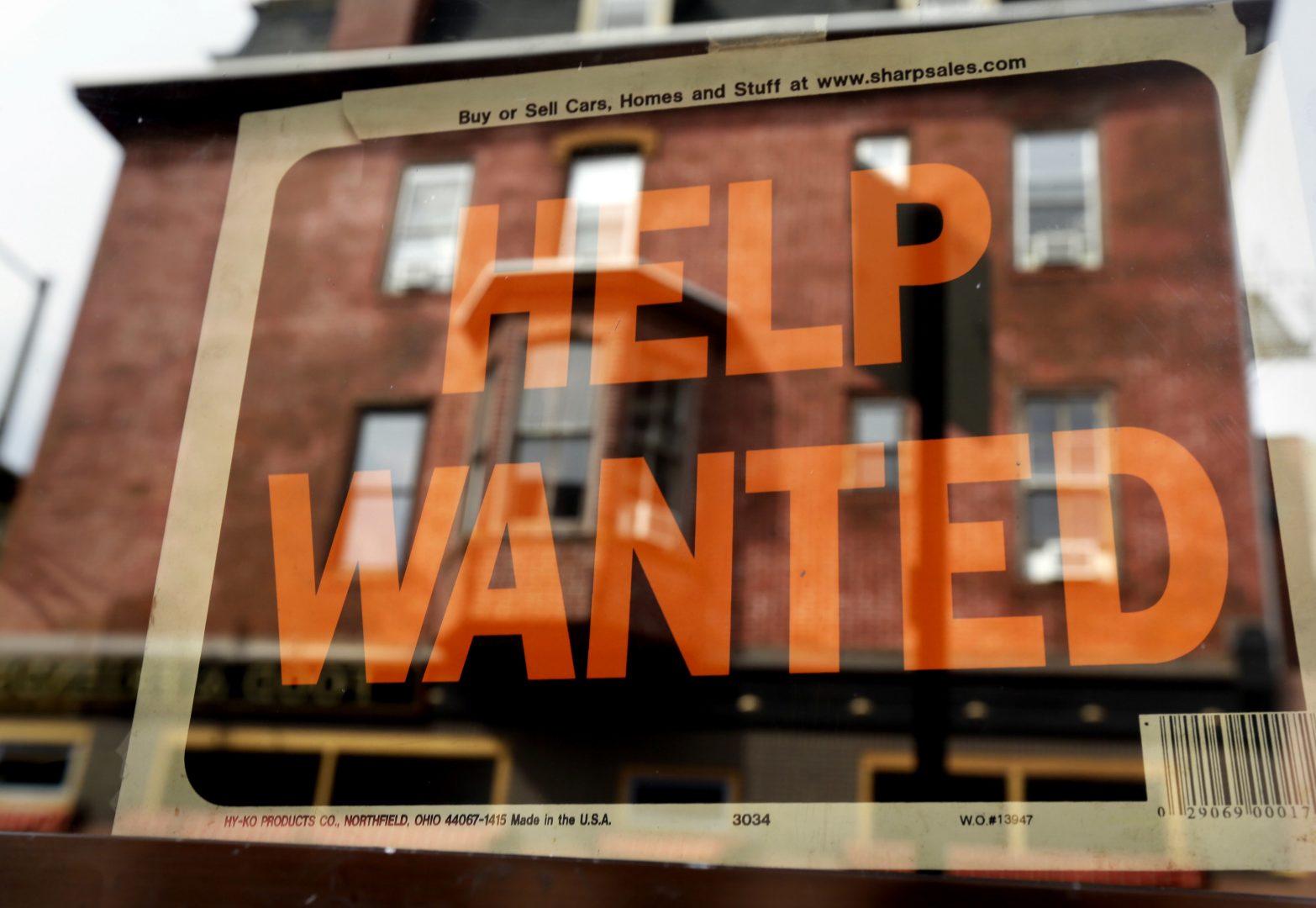 Raising the minimum wage by $1 or more appears to have a protective effect against suicide, especially in times when unemployment is high and it's hard to find a job.

(Washington) — A new study suggests that raising the minimum wage might lower the suicide rate — especially when unemployment is high — and that doing so might have saved tens of thousands of people from dying by suicide in the last quarter century.

“This is a way that you can, it seems, improve the well-being of people working at lower-wage jobs and their dependents,” says John Kaufman, the lead author on the study and an epidemiology doctoral student at Emory University.

Crucially, researchers found that raising the minimum wage appears to reduce the suicide rate more when it’s harder to find a job. In bad times, the same $1 increase could save more people than it might during good times.

“The higher unemployment is, the stronger that potential protective effect appears to be,” says Kaufman.

The researchers found that 26,000 deaths could have been prevented following the 2009 peak in unemployment during the last recession had the minimum wage been $2 higher.

The report focused on less-educated adults because that group is more likely to earn the minimum wage. That group is also at a higher risk of depression and suicide, says Kaufman. Raising the minimum wage did not seem to affect whether college graduates would die by suicide.

A number of other researchers are exploring the connections between the economy and our well-being. The study is the third in less than a year to show that raising the minimum wage may lower suicide rates, says Dr. Alexander Tsai, an associate professor of psychiatry at Harvard’s Massachusetts General Hospital, who was not involved with the current research.

A working paper published by the National Bureau of Economic Research in April 2019 estimated that raising the minimum wage and the Earned Income Tax Credit by 10% each could prevent 1,230 people from dying by suicide each year.

What’s new about the study led by Kaufman, says Tsai, is its discovery that the wage hikes lower the suicide rates more when unemployment is high. 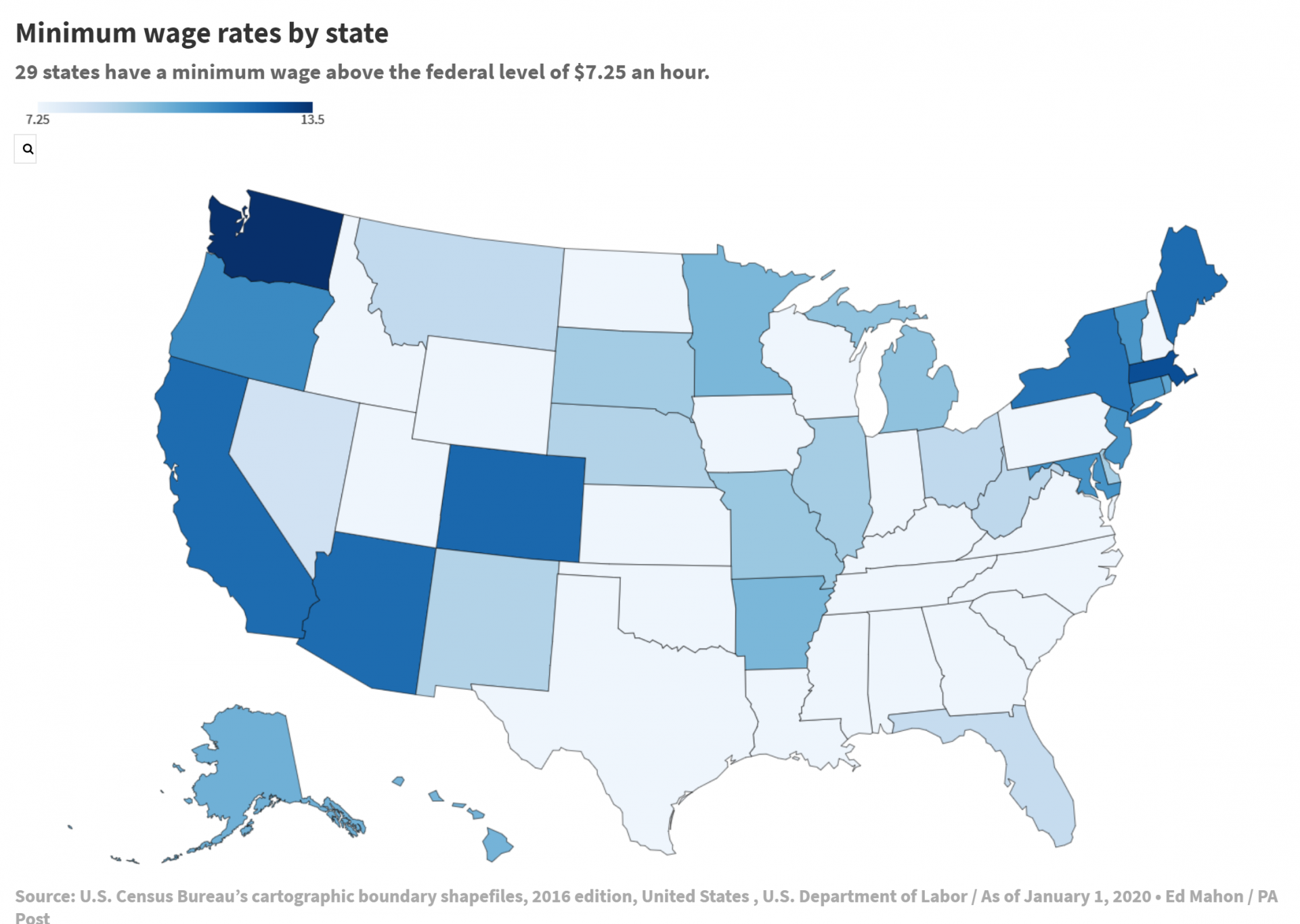 These papers are part of a surge in interest in the link between health and the minimum wage, he says. Of around 30 studies linking the raises to a range of better health outcomes, Tsai estimates that most were published in the last five years.

Tsai also researches how economic opportunity affects health. He is a senior author on a study, published in JAMA Internal Medicine, that found opioid overdoses increased by 85% in counties five years after an automotive plant closed.

“In a lot of areas around the country we’re seeing that the American dream is really not panning out for a lot of people,” he says.

To figure out whether the minimum wage was related to suicide rates, Kaufman and his coauthors looked at both numbers, by state, for every month between 1990 to 2015. They ran the numbers through a mathematical model which showed, on average, that for every $1 increase in the minimum wage, the suicide rate lowered by somewhere between 3.5% to 6%. When they added unemployment rates into the model, they found that the effect of each $1 increase appeared to be greater when more people were out of work.

Because the study looked at state-level data and not at individuals, “it is not able to show why the wage hike appeared to reduce suicide rates,” Kaufman said via email.

But without knowing exactly why, there isn’t enough evidence to justify raising the minimum wage, says Aparna Mathur, an economist at the conservative American Enterprise Institute.

“On the face of it I think the idea makes sense,” she says, but “the analysis is at such an aggregate level that we don’t understand what the link is.”

The study also needs more detailed data before it can rule out the potential impact of programs like the Supplemental Nutrition Assistance Benefits, or food stamps, which she says could possibly help protect against suicide. (Kaufman says his study controls for the effect of another low income program, Aid to Families with Dependent Children/Temporary Assistance for Needy Families.) 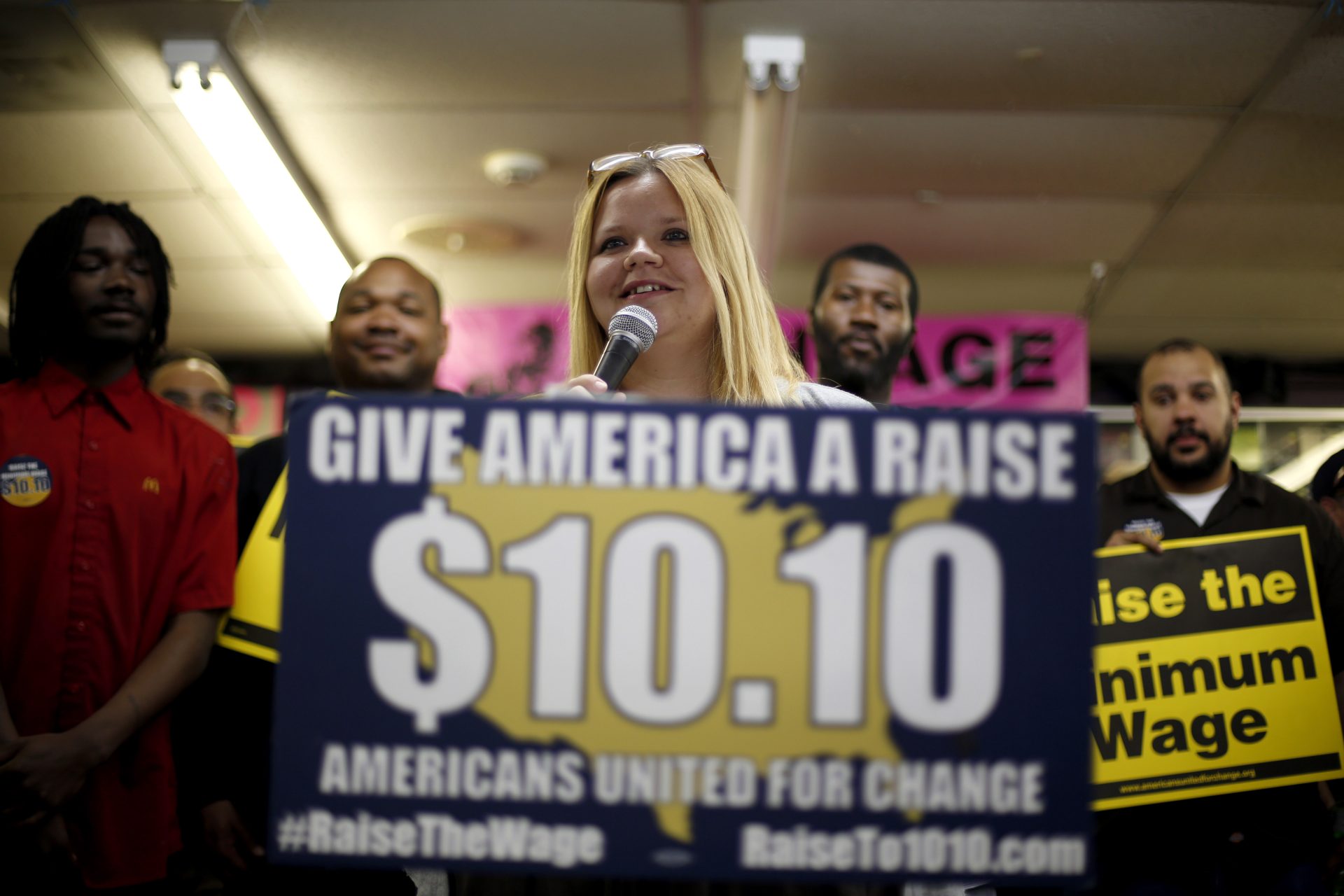 In this photo made Friday, April 25, 2014, Amy Jennewein speaks during a rally in support of raising the minimum wage University City, Mo.

Focusing the study on suicide may also mask other impacts that are less harmful but still serious, Mathur says. Minimum wage hikes could cause an employer to cut someone’s job or hold off on hiring new staff. In that case, “they may not be committing suicide but they still could be worse off [economically],” she says.

In the absence of a direct answer to why there is a relationship between increasing the minimum wage and lower suicide rates, Kaufman is planning future work to see whether depression, a risk factor for suicide, also decreases with wage hikes.

“There’s a lot of information that we would like to have to fill in the gaps,” but the data they do have suggest raising the minimum wage could be an intervention to prevent suicides, says Kaufman.

The study brings up other questions about how raising the minimum wage might affect mental health, says Tsai. He speculated that suicide attempts, which occur 20 to 30 times for every completed suicide, may also be found to decrease with higher minimum wages. Similarly, higher wages could help parents create more economic stability for their children. This, in turn, make them less likely to face adverse childhood events, such as intimate partner violence and child abuse, which can harm their physical and mental health as adults.

Graison Dangor is a journalist in Brooklyn.