Art in the Atrium with Dennis Maust 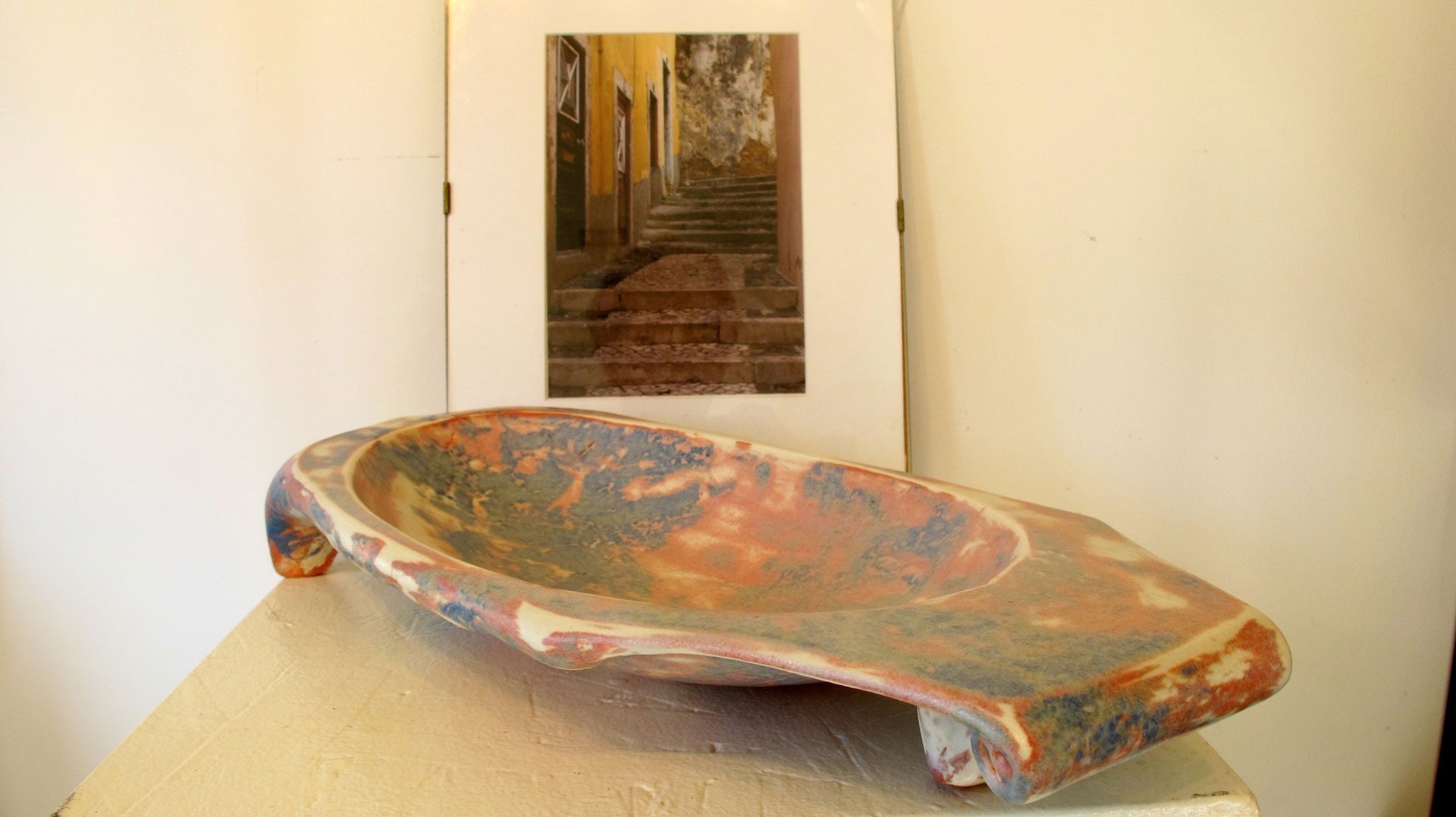 Explore the free art exhibit at WITF’s Public Media Center in Harrisburg. On display Monday-Thursday from 10am to 4pm through February: a collection of ceramics and photography by Dennis Maust. Dennis Maust was born in 1952 in Harrisonburg, Virginia. He attended both Eastern Mennonite, and Goshen Colleges, graduating from EMC in 1975. After earning a Master of Arts degree in Painting and Ceramics from James Madison University, he and his wife lived overseas in Egypt, Pakistan, and Bangladesh. Upon returning to the states, he earned a Master of Fine Arts degree from the Rochester Institute of Technology’s School for American Crafts. Since graduating in 1986 he has combined teaching ceramics and producing one-of-a-kind pieces in clay as well as large scale tile murals in public spaces. Dennis has lived in Lancaster County since 1990 with the exception of1998-2001 when he moved his family to Tanzania in East Africa where he was involved in product-design work with various craft groups. Dennis has had work in exhibitions across the country and has had work published in Ceramics Monthly, Studio Ceramics and Pottery Making Illustrated.

Art reflects experience and much of what I have produced in the past has reflected my personal visual experience. In both my tile and vessel work, I have drawn from encounters with ancient Mediterranean monuments, Islamic architectural embellishments, Persian rug patterns, South Asian temple architecture, and East African material culture.

My work is motivated by concern for our contemporary world and current events. These pottery forms are loosely based on historic Middle Eastern Pottery forms. I wish to call attention to work that represents to me the great loss I feel, first for the human victims of the current conflicts in Iraq, Syria, and Afghanistan and second, for lost or destroyed antiquities there which represent humanity’s “Cradle of Civilization”.

Personal experiences besides my rich visual memory have shaped my perspective. In 1979 I saw the desperate faces of Palestinian children in a West-Bank refugee camp. In 1982 I worked with Afghan refugees in Pakistan, and in 2001 I worked with Tutsi and Hutu Refugees from Burundi in North-Western Tanzania. I have not experienced war first hand, but these encounters have moved me to a place where I must do something with my work that has a positive impact and encourages those who feel trapped, oppressed and at the mercy of world powers acting out of self interest and not for the common good.

I grew up in a Mennonite community valuing peace and believing in non-resistance. This perspective linked with life overseas where it was easier to view the USA through others eyes, has made it difficult to accept a foreign policy that disregards concerns of our allies and squanders post-911 good will. Admitting our mistakes can be a first step toward healing the wounds of this conflict. Continuing a policy of arrogance and unjustified aggression will only breed more hatred for the land we love.

I hope contemplation of this work encourages creative re-thinking of the path to security and peace. The artist’s reception will be held from 5-7pm on Wednesday, January 22. This is a free event but RSVP is required for planning purposes.

RSVP for Building the Future with Daniel Tiger