Replay of series 7 of Death in Paradise 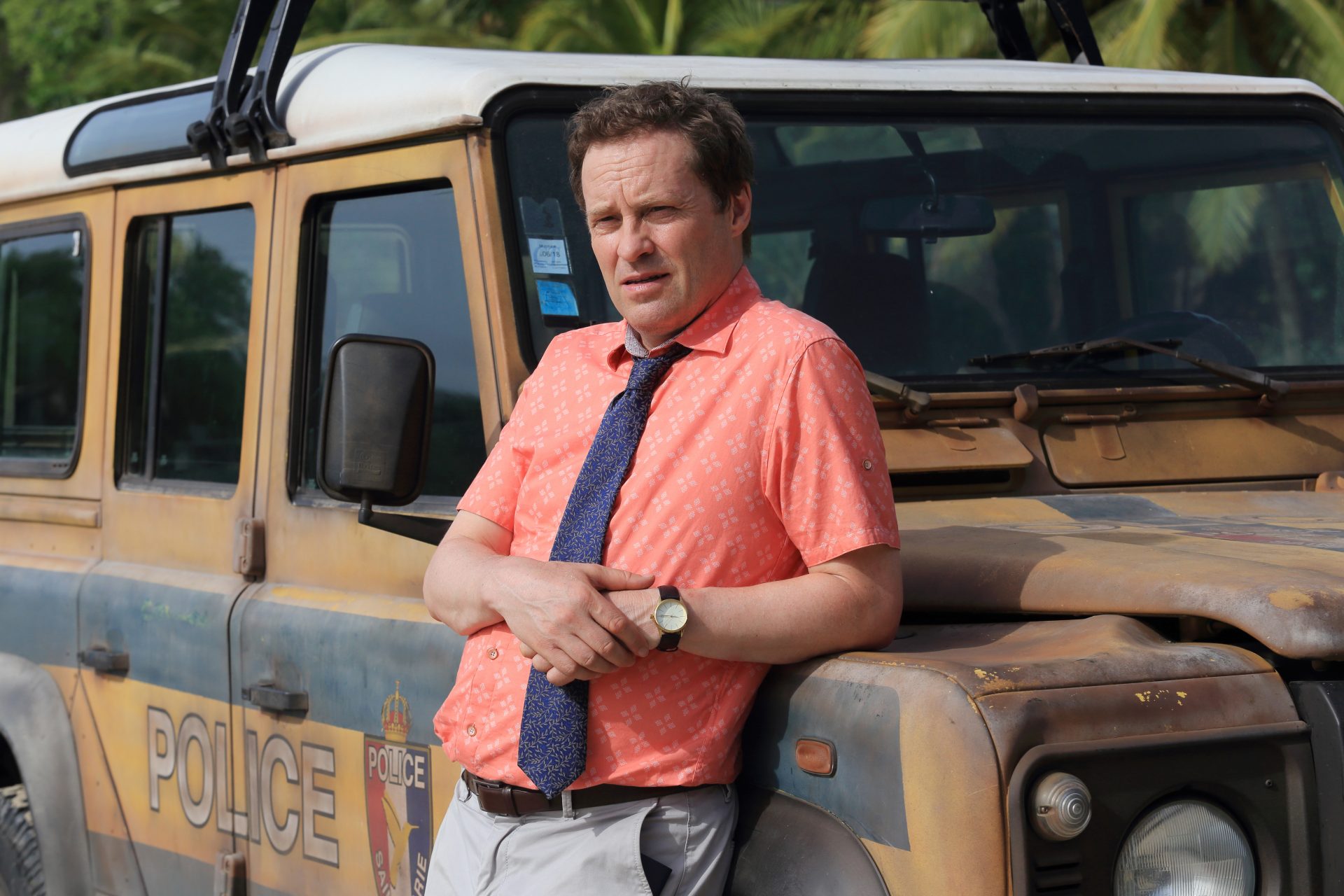 Jack Mooney (Ardal O’Hanlon) is starting to settle in the sun-soaked island of Saint-Marie, and he has some impossible mysteries to solve on Death in Paradise Thursdays at 9:00 PM on WITF beginning January 9.

A champion poker player, apparently poisoned at the table in front of an astonished audience. A novelist, murdered in a plot more surprising than anything he’s ever written. And a spiritual leader, strangled at a time when all the suspects were each other’s alibis.

Jack’s laconic style belies a sharp mind and relentless determination. He’s a brilliant detective, and he’ll need all his instinctive genius to solve these perplexing murders.

Broadcasts of all three seasons of Death in Paradise are made possible thanks to your on-going contributions to WITF.  Thank you for your on-going support.

If you haven’t made a donation to WITF but enjoy Death in Paradise, I encourage you to consider making an investment in WITF’s programming to create opportunities to acquire additional seasons of Death in Paradise and other exciting programs like A Place to Call Home, British Comedies, Doc Martin and Shakespeare & Hathaway.