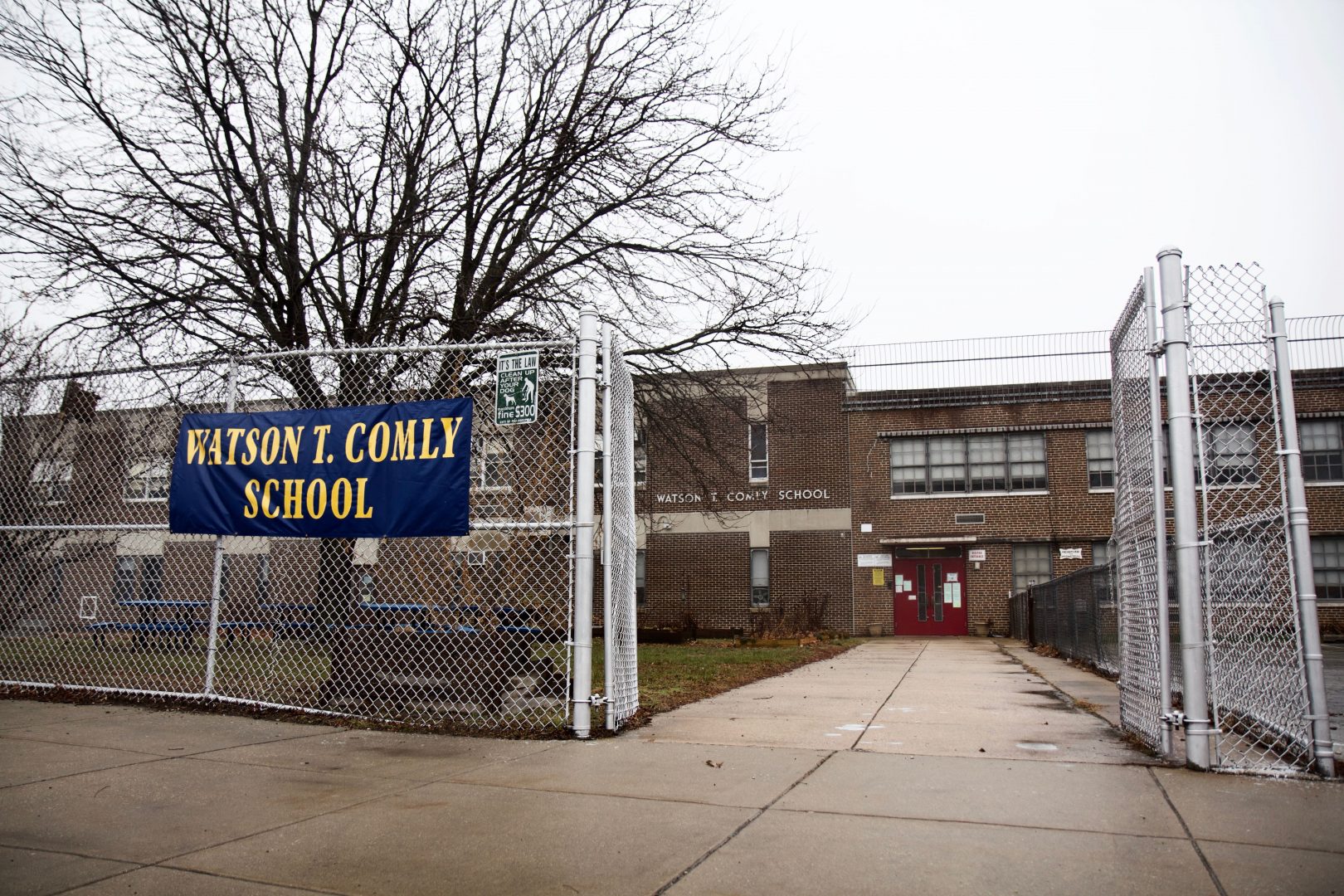 Pagan’s tale helped kick-start a storm of controversy and agitation over the conditions inside Philadelphia’s public schools — one that continues to swell.

Now, the elementary school student from Northeast Philly is at the vanguard again, testing a critical legal question: When children like Pagan suffer life-altering consequences after exposure to toxins in their public school buildings, can the School District of Philadelphia be held legally liable?

If the answer is yes, Pagan’s case could trigger a cascade of similar lawsuits. But the question is far from settled.

Earlier this month, Pagan and his parents filed a federal lawsuit claiming that the School District of Philadelphia and the City of Philadelphia “caused a public health crisis” and failed to protect the then-first-grader from hazardous conditions inside Watson T. Comly Elementary, the K-5 school he attended in Northeast Philadelphia.

The lawsuit claims the district violated Pagan’s constitutionally-protected due process rights by “allowing young children to occupy classrooms contaminated with hazardous lead; by failing to warn students, parents and teachers of the presence of lead in a timely fashion; and by failing to perform timely repair/remediation of known lead hazards.”

It also accuses the district of negligence, a claim that could ultimately result in state court claims.

Pagan’s case dates back to 2017. That fall, Pagan’s first-grade teacher saw him “eating paint chips that had fallen from the ceiling” of his classroom, according to the lawsuit and the Inquirer.

Subsequent tests found Pagan had elevated concentrations of lead in his blood. Pagan was hospitalized for lead poisoning. Afterward, his parents told the Inquirer the first-grader regressed academically.

School officials tested the paint in Pagan’s classroom shortly after his hospitalization and found “multiple areas” of flaking lead paint, according to the lawsuit.

While all of that has taken place in the court of public opinion, Pagan’s family is now taking its case to the court of law.

Who can sue? And where?

Their federal complaint, filed on Dec. 10, details the steps allegedly taken — or not taken — by the city and the school district before and after Pagan’s lead poisoning. And it claims that the entire saga amounts to a violation of Pagan’s constitutional rights.

In a city where the average public school building is 70 years old — and where the district itself has drawn attention to the fact that billions of dollars worth of repairs are needed — Pagan’s case may not be unique. There could be other children developing medical conditions that plausibly link back to their school buildings.

Could all of those children sue the school district in federal court? How about state court?

The family’s complaint alleges, in part, that the school district violated the first-grader’s due process rights based on something called the “state-created danger doctrine.”

That doctrine is a high legal bar to clear.

The Fourteenth Amendment to the U.S. Constitution, as interpreted by the U.S. Supreme Court, guarantees what are known as “negative liberties.” That means the government can’t deprive someone of basic rights — but it also means the government has no “affirmative” duty to protect citizens from harm, according to the Network for Public Health Law.

In other words, the government can’t actively do something that takes away someone’s core liberties without due process. But the absence of government action is rarely sufficient grounds to bring a due-process claim.

There are exceptions to this rule, specifically when the plaintiff and the government have what the U.S. Supreme Court calls a “special relationship.” The most obvious example would be a prisoner who is in government custody and can’t reasonably protect him or herself without the government’s aid.

You might be wondering, does a student have a special relationship with the government? After all, kids are compelled by law to attend school until a certain age. It turns out, someone already tested that theory and failed.

That means Pagan’s lawyers have to prove that Philadelphia’s school district and city government didn’t simply fail to protect the first-grader. His attorneys have to prove both entities took affirmative steps to put the boy in harm’s way.

The federal complaint attempts to make that case by claiming that local officials “made the decision year after year” to expose young children like Pagan to lead. It couches the district’s failure to remediate lead-based paint over a long period of time as “equivalent to private acts of violence” in violation of the state-created danger doctrine.

But, as constitutional scholar Erwin Chemerinsky notes in an article on the topic, “negligence is not sufficient for state-created danger liability.” So even if the school district was negligent in its failure to remove lead paint from schools, it wouldn’t be unconstitutional.

That’s why Michael Moreland, a Villanova professor and constitutional law scholar, thinks it will be difficult for students like Pagan to win a federal case on these grounds.

After initially agreeing to an interview with WHYY, the Pagan family’s attorney, Stephen Specht, did not return requests for comment.

Moreland thinks the Pagan case has a better chance in state court, where judges could find the school district negligent and award damages based on state tort law. Tort law, broadly speaking, sets the legal boundaries for suing someone in civil court for injuries or harm.

There would still be some hurdles to clear in state court.

School districts have what’s known as sovereign immunity in Pennsylvania, meaning they’re generally immune from liability. But there are specific exceptions to this immunity. One of them involves injuries sustained due to negligent upkeep of a school district’s “real property.”

Take a recent case out of Philadelphia, where the Pennsylvania Supreme Court found that the school district was responsible for the injuries of a child who ran into an un-padded gym wall during a relay race.

“The question here is, is lead paint a similar kind of condition that could give rise to a negligence claim?” Moreland said. “Was the school district on notice that there was this lead paint present? And did they fail to get rid of it, knowing that?”

Though the Pagan family sued in federal court, their complaint includes these kinds of state-level negligence claims.

If the federal courts aren’t persuaded by the due-process claims, they could kick the case to the state courts for further review of the negligence argument.

Whatever the courts decide, it may provide a roadmap for families bringing similar cases — especially as the spotlight on Philadelphia’s school infrastructure grows.

For now, the school district is mum, saying it can’t comment on pending litigation.

“Supporting clean, safe and welcoming learning environments in every school is a top priority for the District,” a spokesperson said in a statement. “We are committed to providing our teachers and students with the schools they deserve.”

Pagan’s family is seeking unspecified damages in the case.