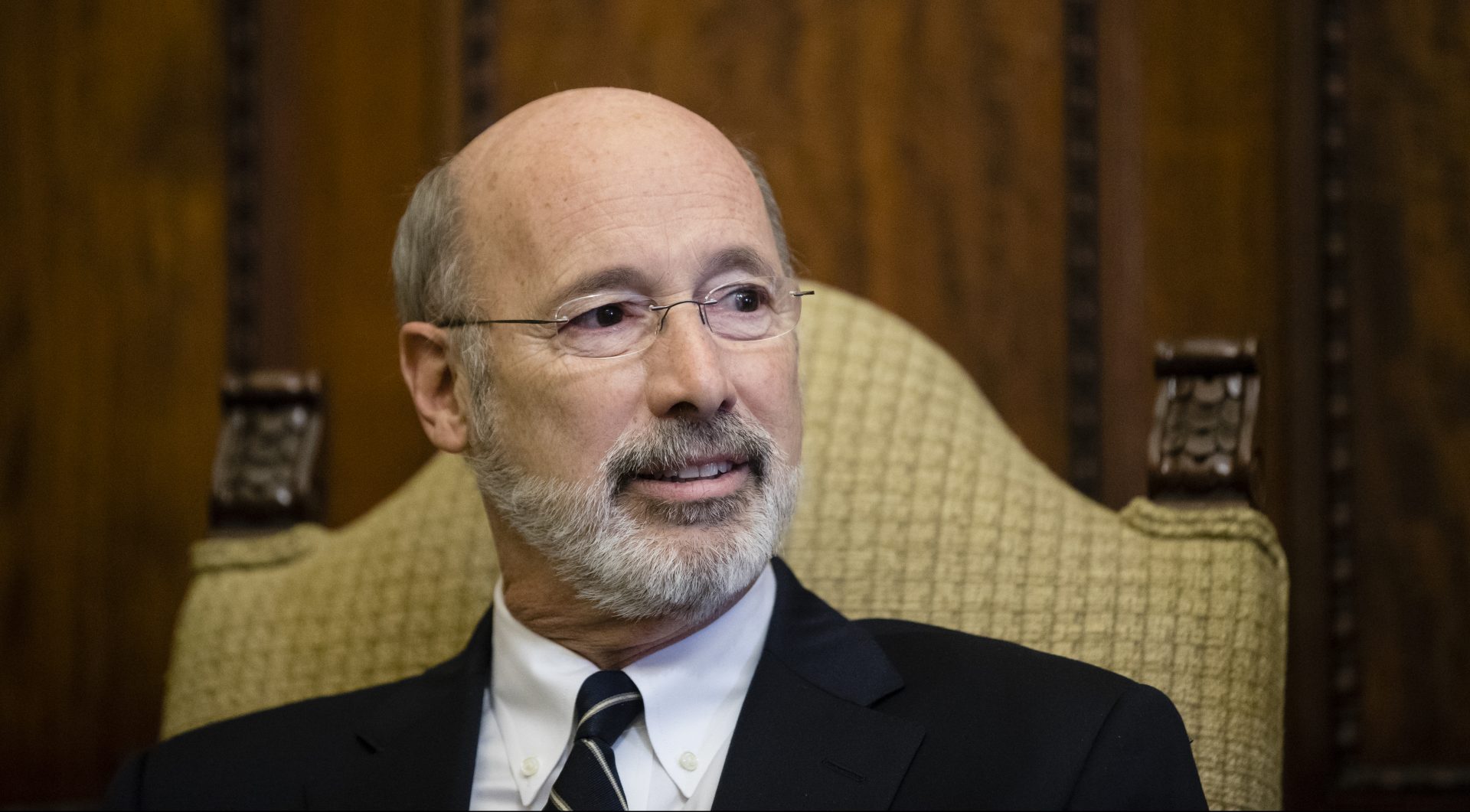 One of the most powerful tools a governor has is the veto — the power to reject a majority decision by the legislature.

In fundraising emails, Democratic Gov. Tom Wolf likes to remind his supporters of that power.

“My veto pen will be ready” was the subject line of an August 16 email about legislation that limits access to abortion.

He returned to abortion rights in an October 23 email: “I’ll say it again.”

And on November 18: “I’ll veto any anti-choice bill that lands on my desk.”

Then, three days later, he did just that — vetoing House Bill 321, which would have banned pregnant women from obtaining an abortion if they sought one because of a prenetal diagnosis of Down syndrome.

That was the fourth and final time Wolf used his veto power in 2019 — a year that saw the second fewest vetoes by Wolf during his five years in office.

Wolf and Republican lawmakers still have deep divisions, said G. Terry Madonna, a pollster and political science professor at Franklin & Marshall College in Lancaster. But they also have a sense of what the other side’s willing to accept.

“It’s not been 20 or 30 vetoes (a year) largely because, you know, each side sort of knows what’s going to happen,” Madonna said.

The abortion bill represents an area where Wolf signaled well in advance that he was not willing to compromise.  But that wasn’t the case for all of his vetoes.

House Bill 800 would have increased the amount of tax credits available from $110 million to $210 million for the 2019-20 fiscal year. Under the Educational Improvement Tax Credit program, businesses can receive tax credits worth 75 percent of their contribution to a scholarship organization — up to $750,000 for a taxable year. And they can receive a larger tax credit — 90 percent — if they make a two-year commitment. 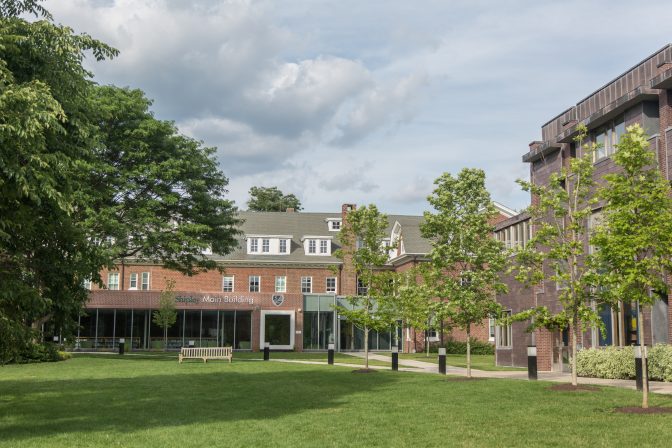 The Shipley School, in Bryn Mawr benefitted from more than $500,000 in OSTC and EITC scholarship funds in 2017-18. It reported serving zero low-income students that year.

House Bill 800 expanded who was eligible for the program and built in automatic increases for tax credit money if they were used often enough.

House Speaker Mike Turzai, R-Allegheny, said the bill would allow more middle-class families to access the program. He also downplayed the costs to the state, saying that what education tax credits cost the state represented less than 2 percent of what the state spends on public schools through seven major line items. 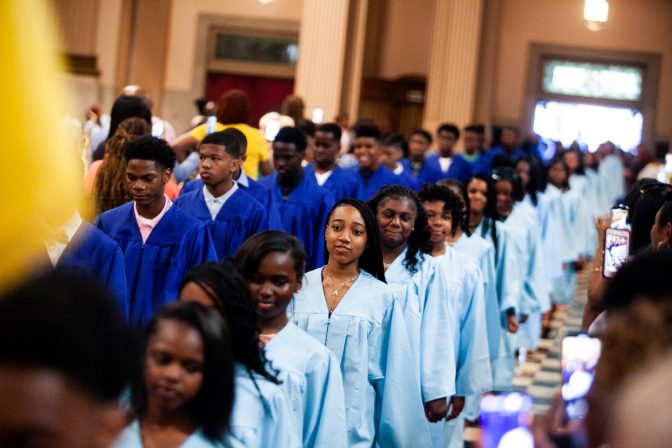 But Wolf said public schools remain underfunded. He also said the tax credits lack proper accountability and oversight, and little is known about educational outcomes for the students who participate in the program.

Still, weeks later Wolf agreed to a smaller increase of $25 million more for the Educational Improvement tax breaks. Wolf said the original $100 million proposal was “excessive,” but he was willing to go along with a smaller increase.

This one is arguably the most non-ideological veto of the year for Wolf, and it’s not the kind of issue that makes for great fundraising email fodder.

In July, Wolf vetoed House Bill 915 that would have exempted milk haulers from interstate highway travel bans during a disaster emergency declaration. 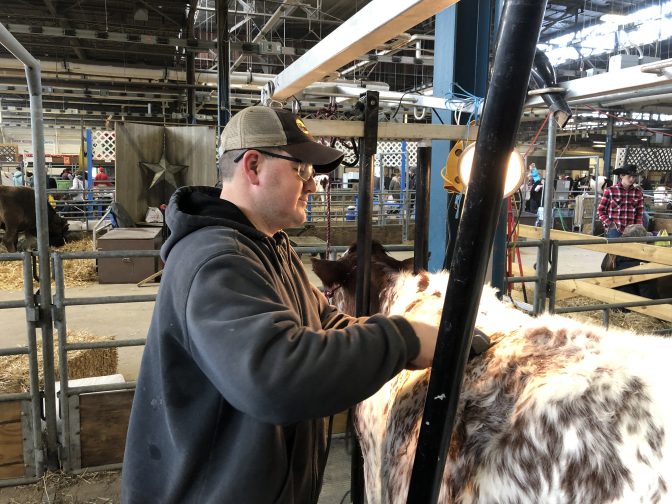 “This time seems like a small price to pay when considering the public safety benefits of the travel bans,” he said.

But the bill’s sponsor, state Rep. Martin Causer, a McKean County Republican who grew up on a dairy farm, said dairies need the exemption because if they can’t transport the milk, they have to dump it. Causer said travel bans are often used for weather that turns out to be “nothing more than typical wintry weather conditions … if that.” And he said these milk haulers just wind up on secondary roads instead of interstates anyway.

The legislation originally passed the House 136-61 — more than the two-thirds required to override a veto. But it passed with less than two-thirds support in the Senate

Causer still wants to pass the measure. He’s not sure if his best option is to change the legislation, attach it to another bill or attempt a veto override.

It should be noted that Wolf and the General Assembly have a record of cooperating when it comes to other programs to help the dairy industry.

In July, Wolf vetoed legislation that would have, among other things, eliminated automatic straight ticket voting. Wolf said voting based on party affiliation is a convenient choice, and he said the change could lead to voter confusion and longer lines at the polls.

But when October came around, Wolf agreed to go along with eliminating automatic straight ticket voting as part of a larger voting reform package. The package allows for no excuse mail-in voting, extends the voter registration period, gives voters 50 days to request and submit a mail-in or absentee ballot, and also authorizes a $90 million bond to help counties buy new voting machines. 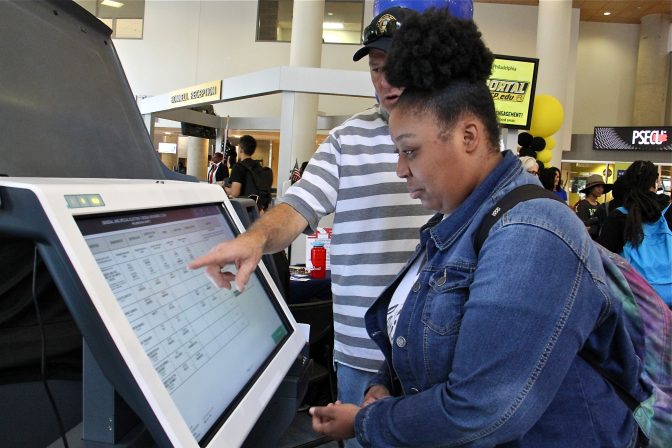 “Most of us know of a family touched by a Down Syndrome child, and know these children grow to lead joyful and fulfilling lives,” they wrote in a co-sponsorship memo.

Women could still receive abortions in cases of rape, incest or endangerment to the mother. Wolf promised to veto the bill and did so on Nov. 21.

“This legislation is a restriction on women and medical professionals and interferes with women’s health care and the crucial decision-making between patients and their physicians,” he wrote.

Madonna, the pollster and political science professor, said the threat of a veto can prevent bills from ever reaching the governor. But he said there’s value for lawmakers to pass bills even when they know the governor will veto them.

“They can go back to their constituents and say, ‘Look, we supported this. You support this. And we did what we had to do and it’s the governor that’s at fault,’” Madonna said.

How 2019 compares to past years

He vetoed nine bills that year, and partially vetoed one other.

He’s vetoed fewer bills since then.

The legislature has never overridden a Wolf veto. But some proposals have worked their way back to him in different bills.