George Washington portrayed by John Godzeba steps ashore on the New Jersey side of the Delaware River.

After a cancellation last year due to river and weather conditions, Wednesday’s rite brought hundreds of reenactors out to cross the river in safe conditions and seasonable temperatures. 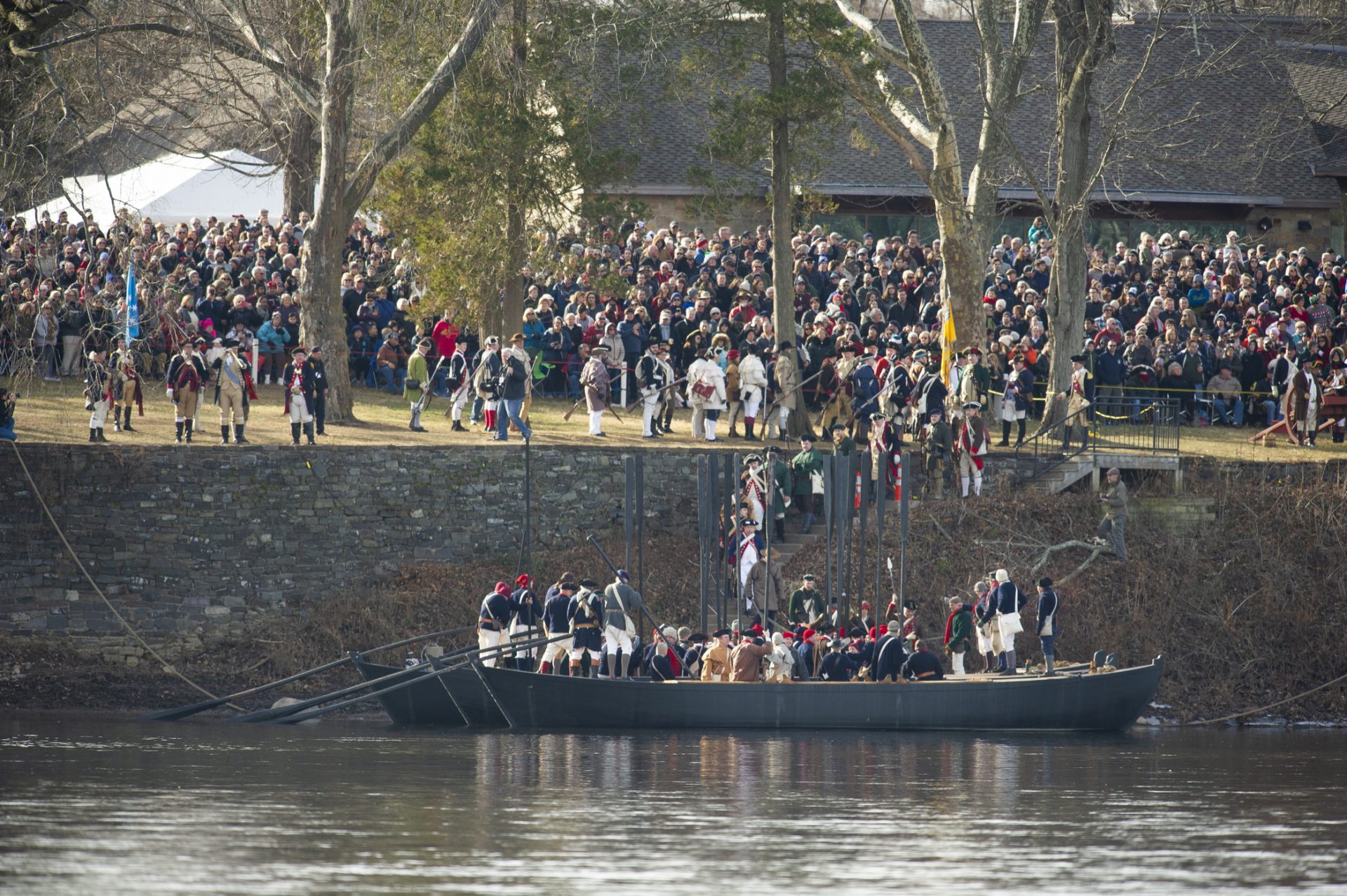 Reenactors board replicas of the Durham boats that originally carried Washington and his soldiers across the Delaware River. 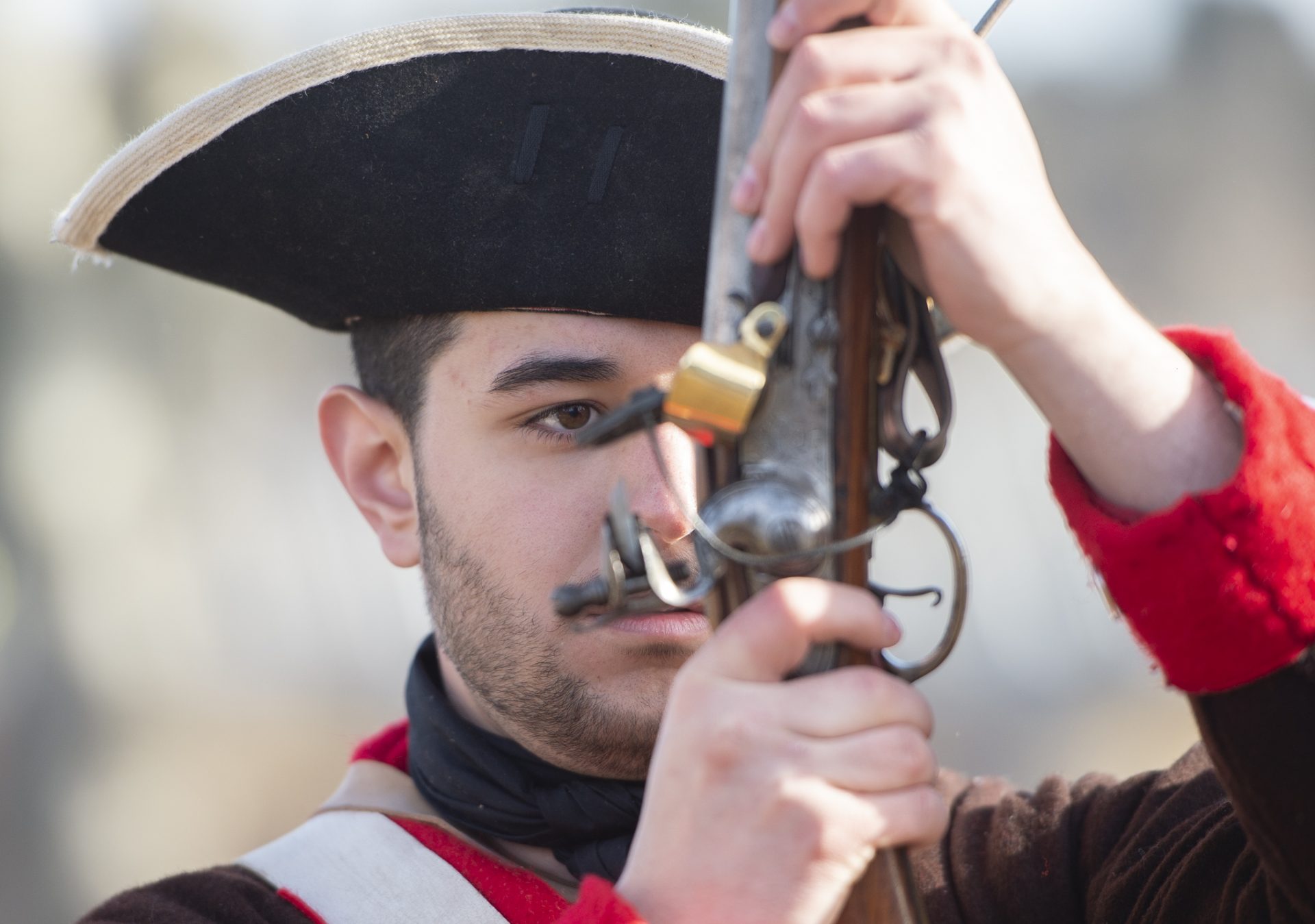 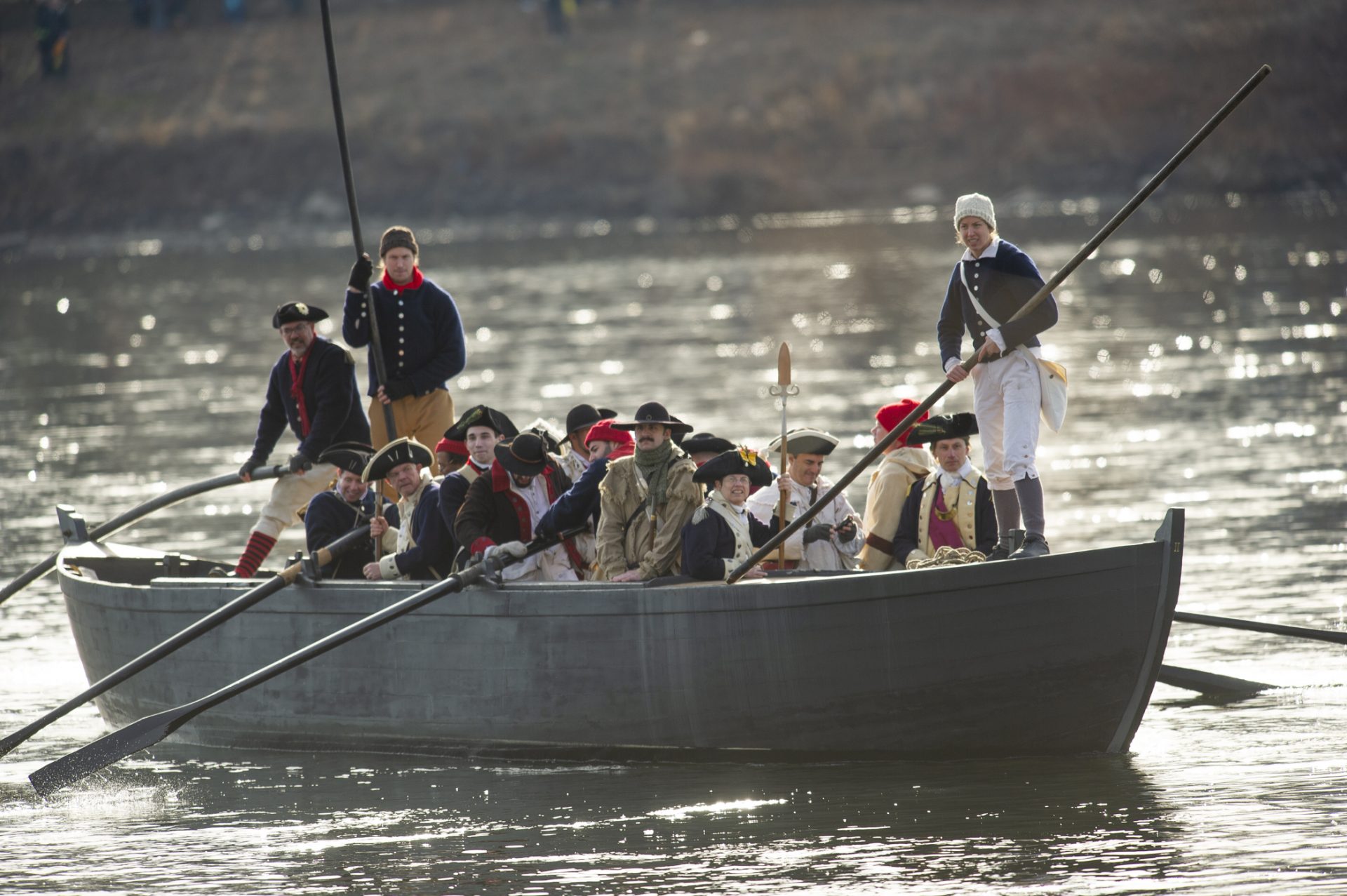 Revolutionary reenactors approach the New Jersey side of the Delaware River in a replica the Durham boat originally used in the crossing.

The brisk air and clear skies contrasted starkly with the ice floes and heavy sleep and snow braved by Washington’s army of 2,400 soldiers and 200 horses. Unlike the 2019 crossing which took 40 minutes, Washington began ferrying troops just after sundown on Christmas Day with the last soldiers crossing the river in the early hours of December 26th.

The Revolutionary Army went on to surprise and defeat Hessian mercenaries in Trenton. Coming after a string of defeats, the army’s victory reignited the hopes of supporters of the revolution. 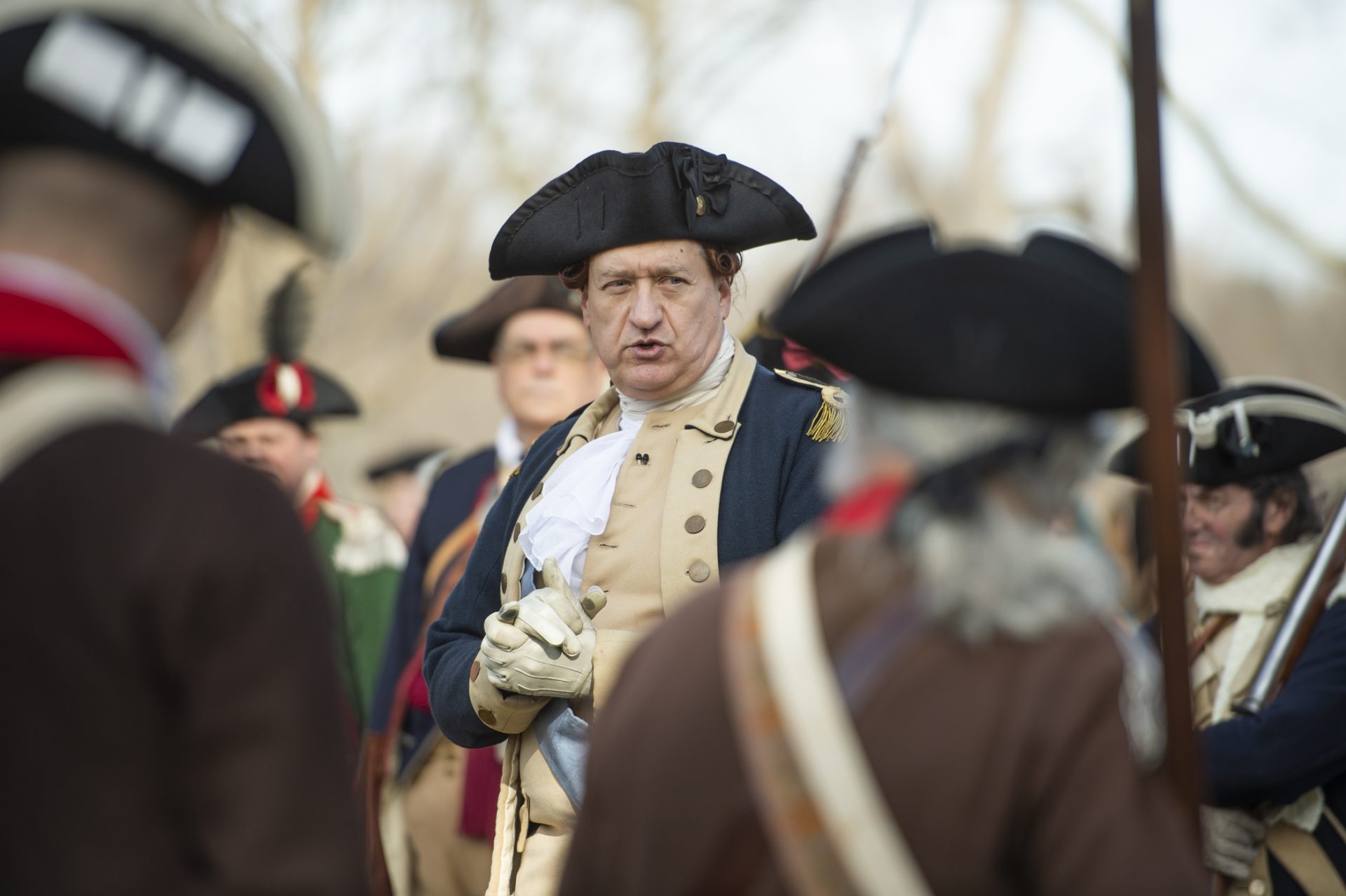 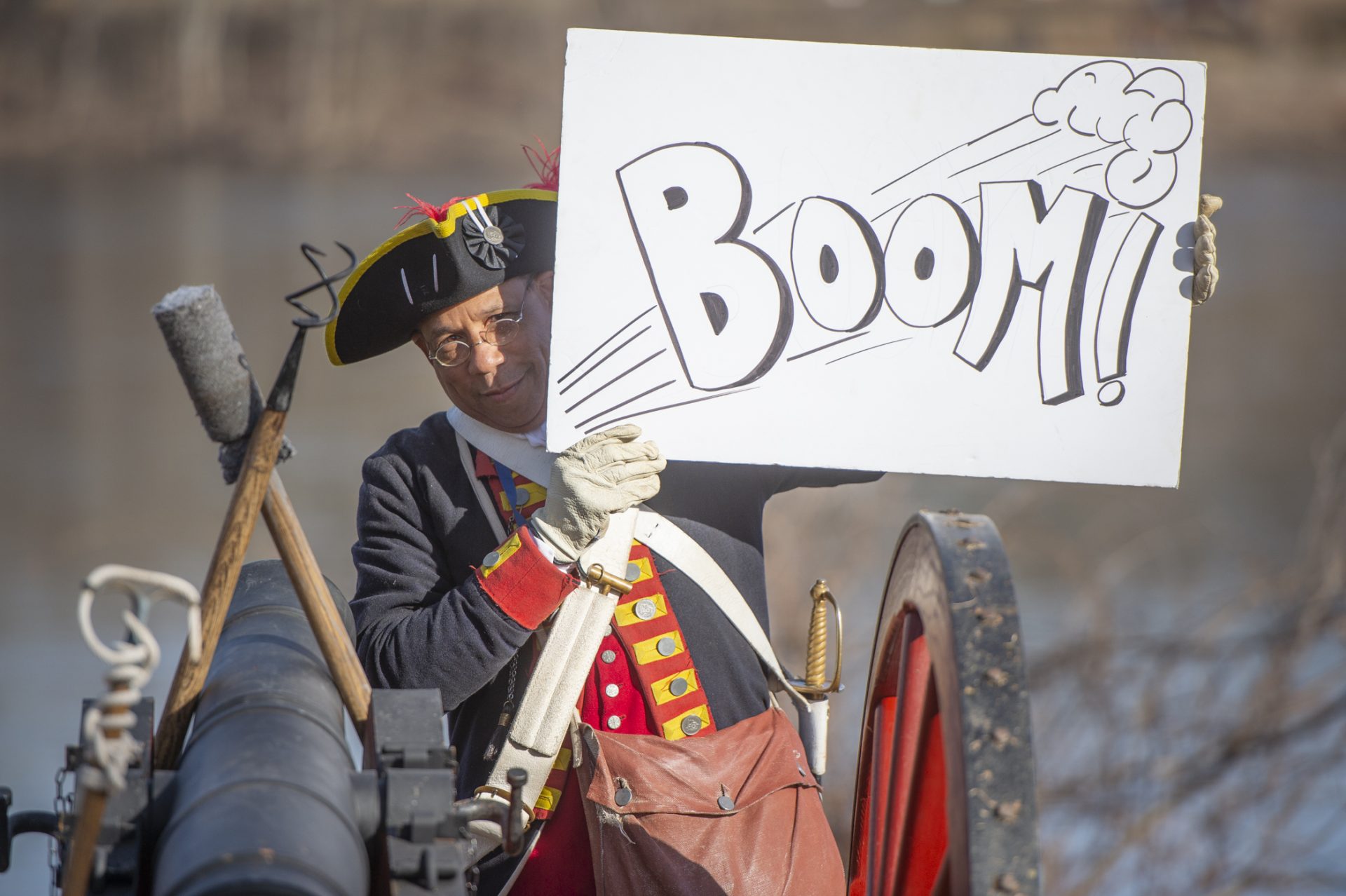 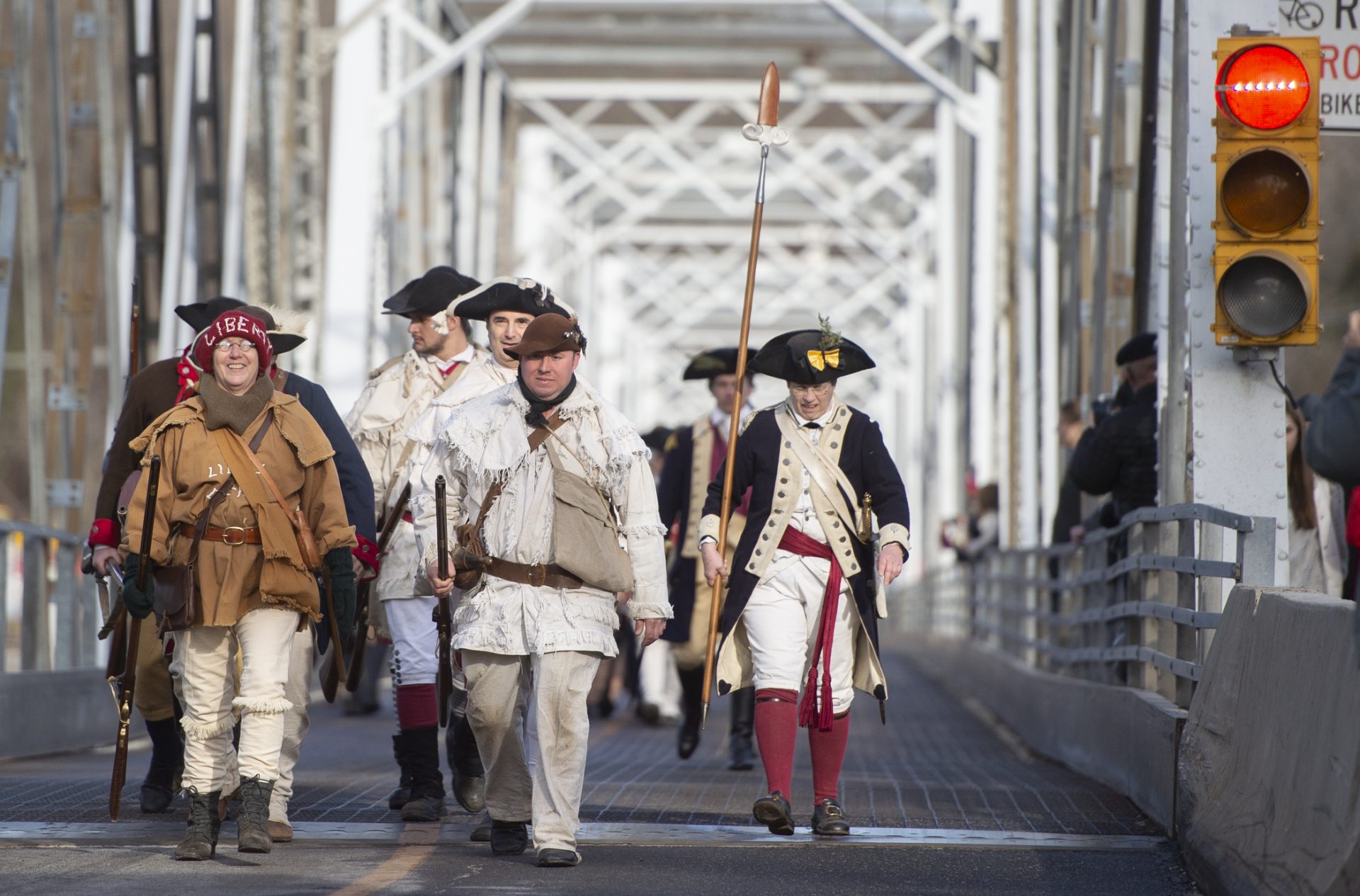 After crossing the Delaware River, troops march across the bridge at Washington’s Crossing that connects New Jersey and Pennsylvania.

Wednesday’s crossing was the 67th. The first attempted reenactment happened in 1844. The crowds were rowdy and many of the participants drunken. Another attempt to commemorate the crossing was in 1876 when Civil War General W. S. Truex, portraying Washington, led reenactors through severe cold, which again led to an alcohol-fueled event. In January of 1947, a fraternity at Rider College had 40 pledges cross the river in rowboats. The group then set out for Trenton in cars. The event gained national attention when it was featured in a Life Magazine article later that year. The modern crossing dates to 1953 when Chicago-born actor and impresario St. John Terrell and six crew members crossed the icy river to be greeted by more than 700 spectators who came to see the event.