Ralliers gather in Harrisburg to support the impeachment of President Donald Trump.

Harrisburg’s rally was one of many around the country in which people who oppose President Donald Trump turned out to celebrate his possible ouster.

And so on Tuesday evening, at least a hundred people rallied on the state Capitol steps in anticipation, repeatedly breaking into chants of “lock him up”—a refrain Trump himself has long deployed at his rallies in reference to Hillary Clinton.

Lots of the ralliers at the Capitol, like Robert Brown of Harrisburg, said they’re supporting impeachment so fervently because they want a return to some sort of normalcy in politics. 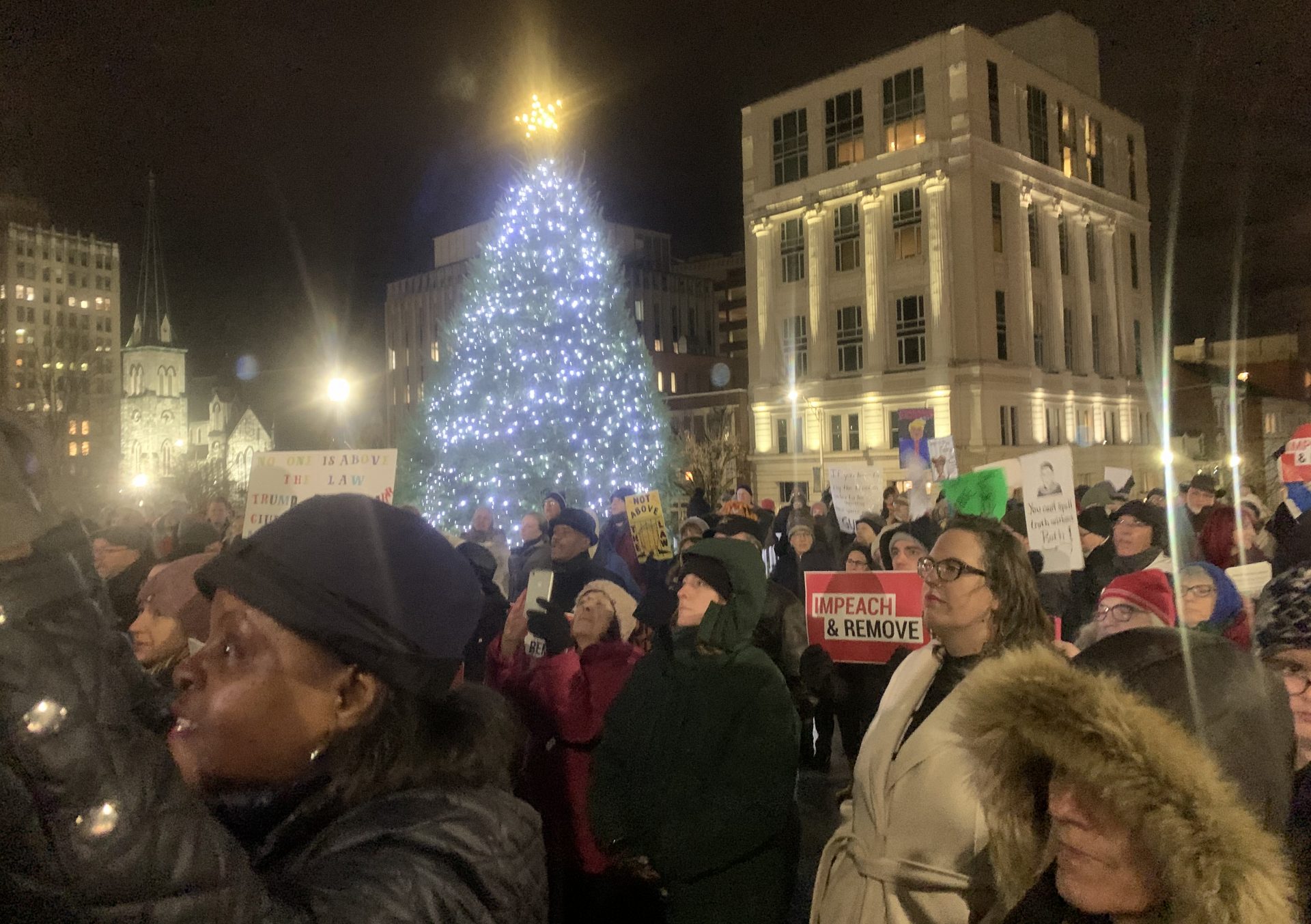 At least 100 people packed the Capitol steps to make their support for impeachment known.

“We’ve got to get the deceit out of the White House,” Brown said. “Once we do that, I really think that it would level the peace and the happiness and the enjoyment of the people.”

“Everyone’s tired of such erratic behavior. We’re more than ready to get back to normal,” he said, adding that if the Senate doesn’t vote to remove the president, he’s banking on Trump losing next year’s election.

Philadelphia Democratic Representative Chris Rabb urged ralliers not to settle for “normal,” and to stay engaged in politics even if Trump leaves office.

The rally was organized by several groups that frequently organize protests around Harrisburg.

Anna Drallios, who coordinates the group Tuesdays with Toomey, said it was the biggest turnout she’s ever gotten.

'Shared capitalism' -- Pa. is a lab for expanding the number of employee-owned firms