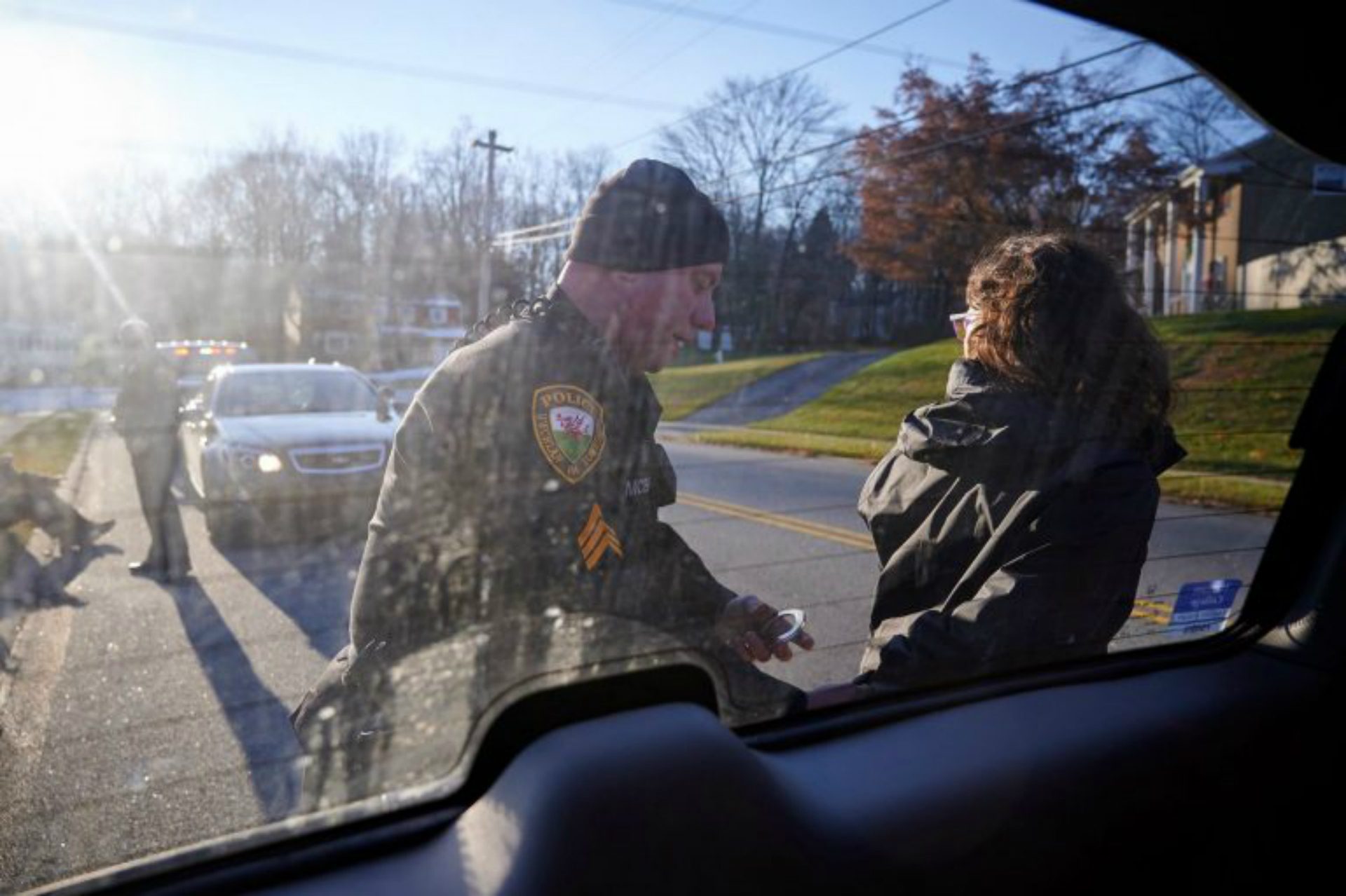 In the latest incident pitting Mariner East pipeline builder Energy Transfer/Sunoco against those who oppose the pipeline project, Uwchlan Township police arrested a Lancaster County couple on Wednesday, charging one with trespassing and the other with disorderly conduct.

Those who live along the pipeline path say the tactic has been used repeatedly by the pipeline company: call local police and report trespassing on easements that run through backyards, parks and roads in densely populated Chester and Delaware counties.

“They waste our police resources on things like this,” Gross said of Sunoco. “They take our pictures, they take pictures of our cars, they follow us. They are not good neighbors.”

Earlier this month, the Chester County district attorney flipped the pattern and went after Energy Transfer’s security team, charging it with bribery in illegally hiring state constables to guard construction sites while carrying badges and guns.

Hogan charged an Energy Transfer employee, along with employees from the security firm TigerSwan and the owners of a Harrisburg security firm, Raven Knights. The indictment says Energy Transfer funneled payments to the constables through a number of third parties in order to hide its involvement.

In this week’s incident, Gross said, the arrests happened after she took a group of people on a tour of pipeline construction, which she says she has done several times for elected officials and journalists. She said Energy Transfer/Sunoco employees approached them at a construction site on Devon Drive.

A protest took place on Devon Drive last April. But Gross said that on Wednesday, there was no protest or plans to disrupt construction.

“We were on the sidewalk, we weren’t blocking anything, and we told them that if they needed us to move, we would,” Gross said.

Mark Clatterbuck, a religion professor at Montclair State University, said part of his foot touched gravel on the pipeline easement. Gross said that when he was told to move his foot, he did immediately and the group left soon after in her car.

After driving for about a mile, Gross said, she was surprised to be pulled over by Uwchlan Township Police Sgt. Philip Owen.

Gross said Owen implied that Energy Transfer reported that the group had blocked the pipeline. Soon, she said, two other police cars showed up, along with a Sunoco employee who had been on the construction site. A Uwchlan police officer pulled Mark Clatterbuck out of the back seat and handcuffed him. He was later charged with trespassing.

His wife, Malinda Clatterbuck, said that she jumped out of the car to film the interaction, but was ordered back in the car, and that when she refused, she too was cuffed and arrested. She was charged with disorderly conduct.

The charges are summary citations, the equivalent of traffic tickets.

Uwchlan Township Police refused to answer any questions about the incident, or their relationship with Energy Transfer.

Malinda Clatterbuck, who is a pastor at the Community Mennonite Church of Lancaster, said she and her husband had protested against the Atlantic Sunrise pipeline. Some of those protests included planned civil disobedience, where, she says, she expected to be arrested. But that wasn’t the case on Wednesday.

“Law enforcement is used to intimidate people who live there,” she said. “It’s not against the law to oppose the pipeline.”

State Rep. Danielle Friel Otten said she worries that incidents like this could drive a wedge between the community and the police. She said she doubts there is any formal relationship between the Uwchlan Township Police and Energy Transfer.

“We have always had an incredibly positive relationship with our police department here in Uwchlan Township,” Friel Otten said. “I do believe that Energy Transfer does this to send a message to the community that there will be serious consequences if we resist them, and that’s not OK.”

Friel Otten said she’s concerned that the employee from Energy Transfer followed in his car and was present during the arrest.

Gross said the incident both surprised her and shook her up.

“They’ve been in our community causing a disturbance for two and a half years,” she said, “and they’re trying to make us look like the bad guys.”

On Friday evening, Energy Transfer spokeswoman Lisa Coleman said in an email that she was not aware of the details of the incident.

“However, what I can tell you is that our contractors abide by safety procedures that govern an active construction site — for their safety as well as the safety of others,” Coleman said. “We have a code of conduct that governs our employees, contractors and businesses and expect all to adhere the standards therein.”