FILE - In this Sept. 10, 2014, file photo, detained immigrant children enter the cafeteria at the Karnes County Residential Center, a detention center for immigrant families, in Karnes City, Texas. The Trump administration stopped using the center to hold parents and children in March 2019. It’s cut back on family detention even as it complaints it has to “catch and release” migrant families, many of them Central American parents and children who seek asylum. (AP Photo/Eric Gay, File)

U.S. Immigration and Customs Enforcement has twice denied requests to tour the Berks County Residential Center, where people are being kept for months while they await administrative hearings.

(Harrisburg) — Pennsylvania Auditor General Eugene DePasquale on Wednesday called on the federal government to stop detaining people at a Berks County immigrant detention center, following his office’s report citing violations of federal law and risks for abuse at the facility.

The report comes as Democratic Gov. Tom Wolf is working with a county commissioner to close the 96-bed center, where adults, children and babies are kept—and are not allowed to leave— while they await administrative hearings.

The state Department of Human Services conducts monthly surprise visits to the center in Bern Township, and DePasquale said he began to look into the center while monitoring DHS operations there.

“No one being held at the Berks facility is facing any criminal charges, but the center still essentially functions as a jail where adults and children, sometimes mere babies, are detained,” he said. 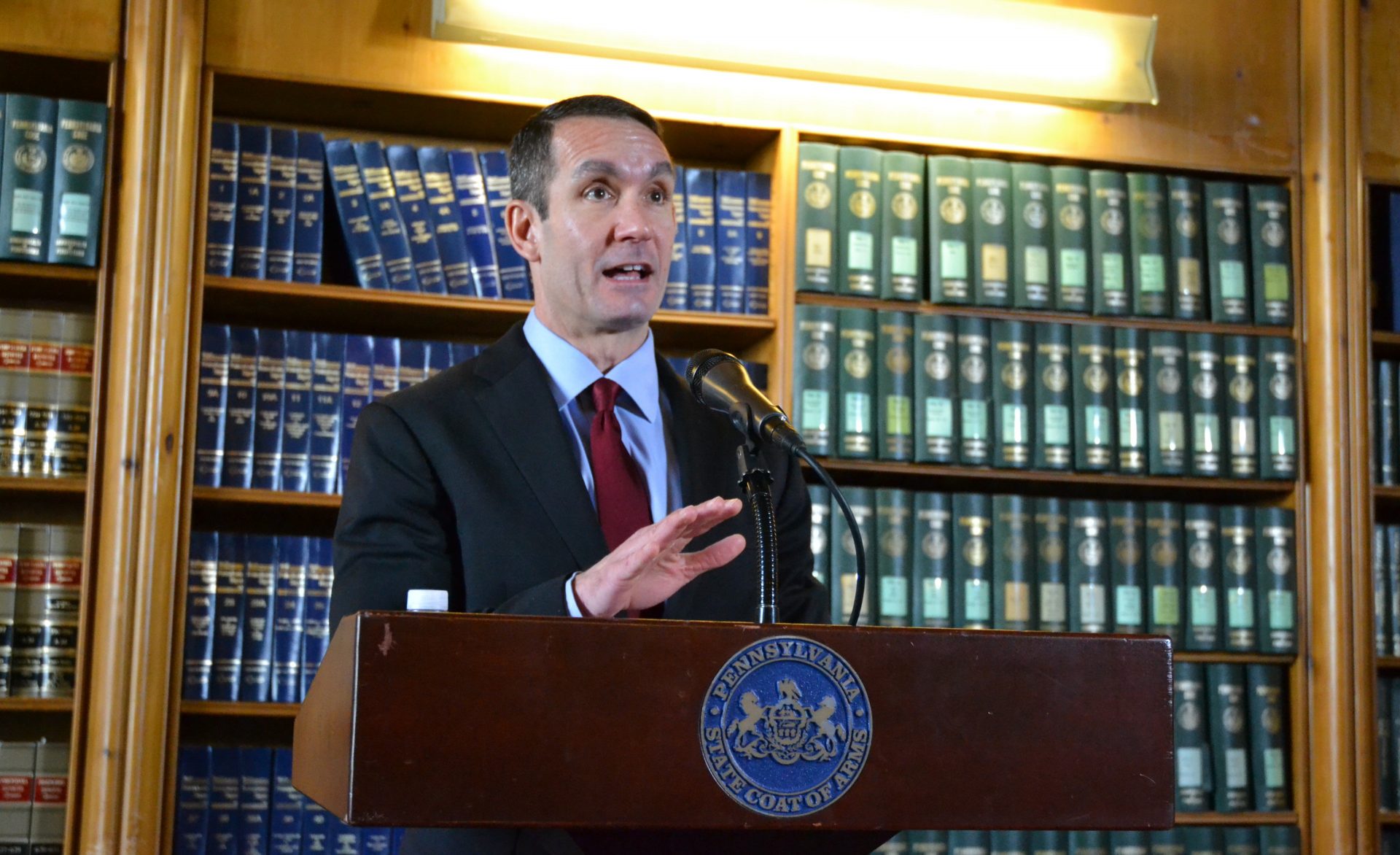 As of late October, 20 children under the age of 16 were being held at the center, DePasquale said. As of earlier this week, one 6-year-old child has been at the facility for 167 days.

DePasquale said that child’s case is an example of how the facility routinely violates the Flores Agreement, a federal law establishing that “children should not be held in confinement for more than 20 days.”

ICE didn’t respond to multiple attempts for comment by email and phone. The ICE media voicemail was full and didn’t accept messages. An email to the ICE media office resulted in an auto-generated response that included a reference to federal offices being closed Nov. 11.

The Berks County center opened in 2001 to house families as they await administrative immigration hearings. By 2016, it saw an exponential increase in use, the report states.

Pennsylvania DHS revoked the facility’s license to house children in 2016, an issue still tied up in courts.

Criticism of the center is not new, but has increased since the Trump administration ratcheted up enforcement of immigration law. In July, Carnegie Mellon University psychologists penned a letter saying that the facility was unfit to house minors. They are calling on the state to issue an emergency removal order.

DePasquale’s report described “confinement and desperation” that some children said led them to consider suicide “on many occasions.”

One recent account was from English citizens David and Eileen Connors, who were vacationing in Canada when they crossed the border into the United States and were sent to the Berks County facility along with their 3-month-old baby.

ICE told Connors that the 3-month-old was “a bit young” to be at the facility, and that the family could sign papers to have the baby separated from them, an offer that left them “shocked and disgusted,” the report states.

The Connors said they faced cold temperatures and were given a dirty, broken baby bathtub and blankets and sheets that smelled “like a dead dog.” At one point, their baby had to go without clothes while ICE washed the clothes and blankets the baby arrived with. 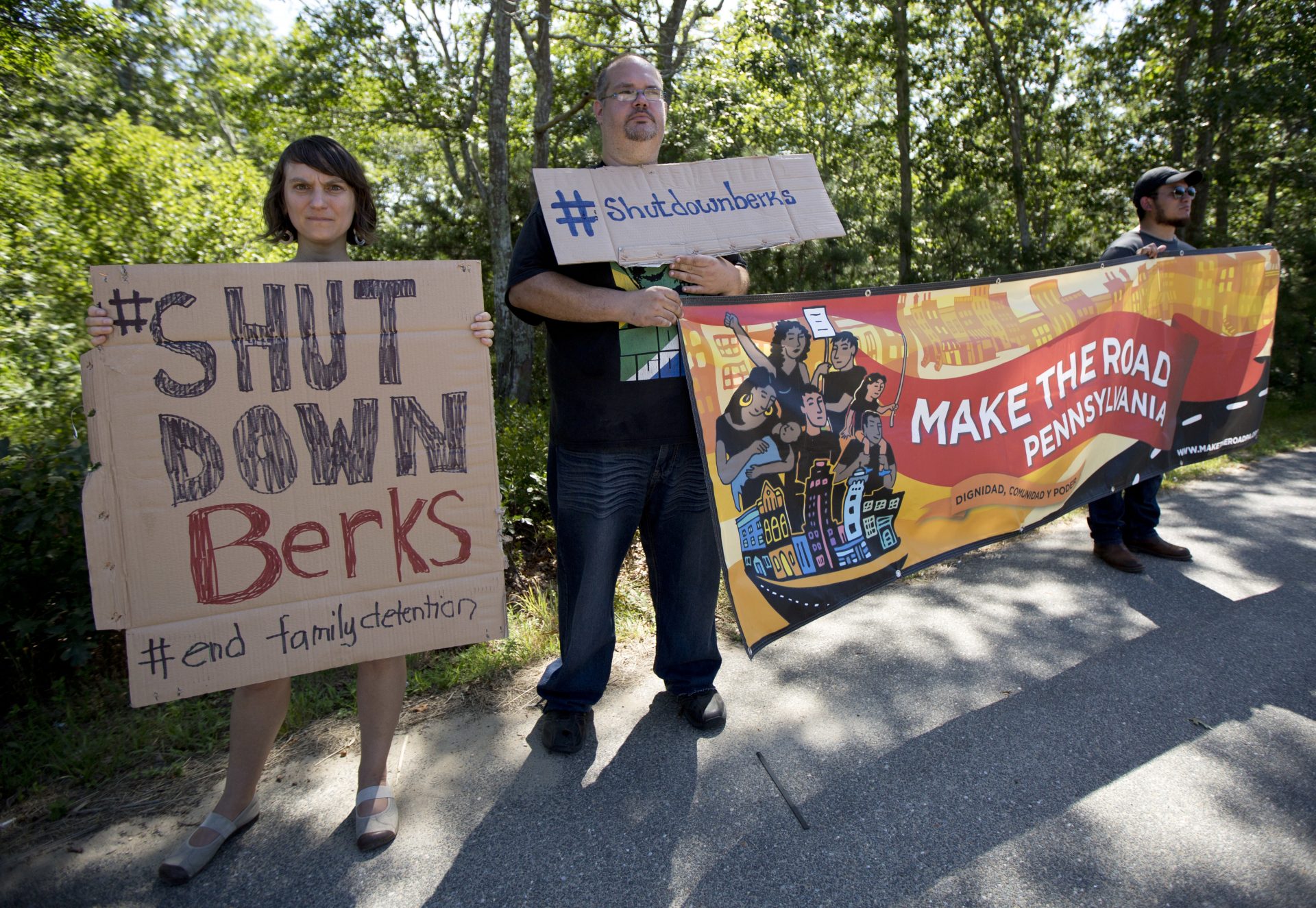 The report also summarizes the well-documented case of a Honduran woman, referred to by the initials “E.D.,” who was a 19-year-old mother when she was detained at the Berks center in 2014. She was sexually abused on a regular basis by 40-year-old staff member Daniel Sharkey, who was convicted on related charges.

“Fearing deportation, E.D. delayed reporting the assaults directly to anyone, but once she did—to her immigration attorney—she alleged that the staff members retaliated against her, creating a more restrictive environment and denying her and her son privileges that isolated them from other detainees,” the report states.

The center costs nearly $12 million per year in federal funds to run, DePasquale noted. However, it employs 59 people and adds about $1.3 million in revenue to Berks County’s budget, and that’s led many local leaders to support keeping it open.

However, over the summer Berks County Commissioner Kevin Barnhardt announced he no longer supported maintaining the detention center, citing concern that President Trump’s administration is “changing the immigration landscape in a negative way.”

Gov. Wolf and Barnhardt have developed plans to convert the center into a treatment space for people with mental illnesses or substance abuse issues.

Wolf’s office said the governor is still working with Barnhardt to shutter the facility.