Movita Johnson-Harrell, shown here while she was supervisor of the Philadelphia district attorney's Victim/Witness Services unit.

Philadelphia state rep. charged with stealing more than $500,000 from nonprofit

Democrat Movita Johnson-Harrell says she plans to resign. She won her seat in a special election nine months ago, replacing a representative charged with bribery. 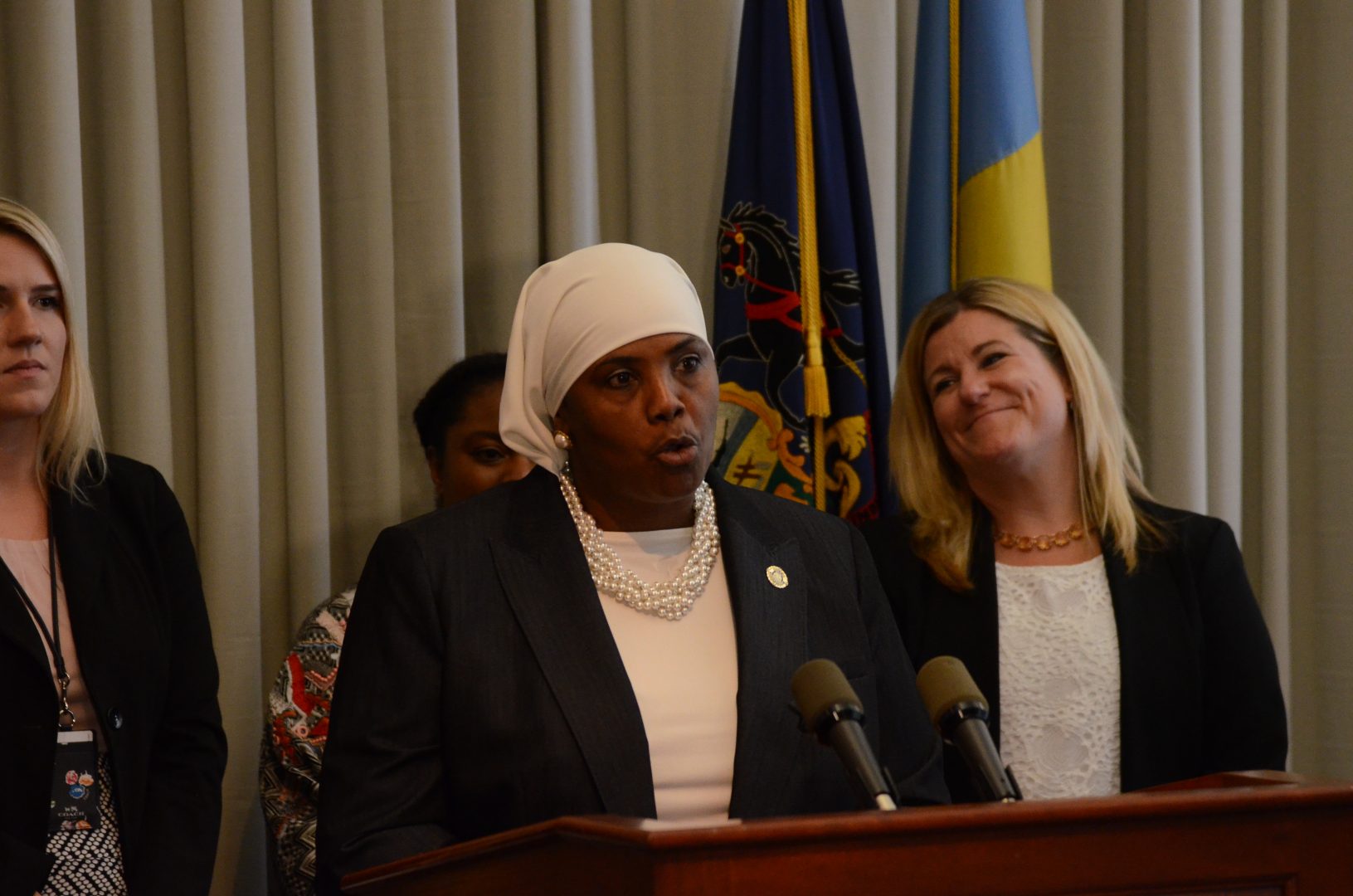 Movita Johnson-Harrell, shown here while she was supervisor of the Philadelphia district attorney's Victim/Witness Services unit. 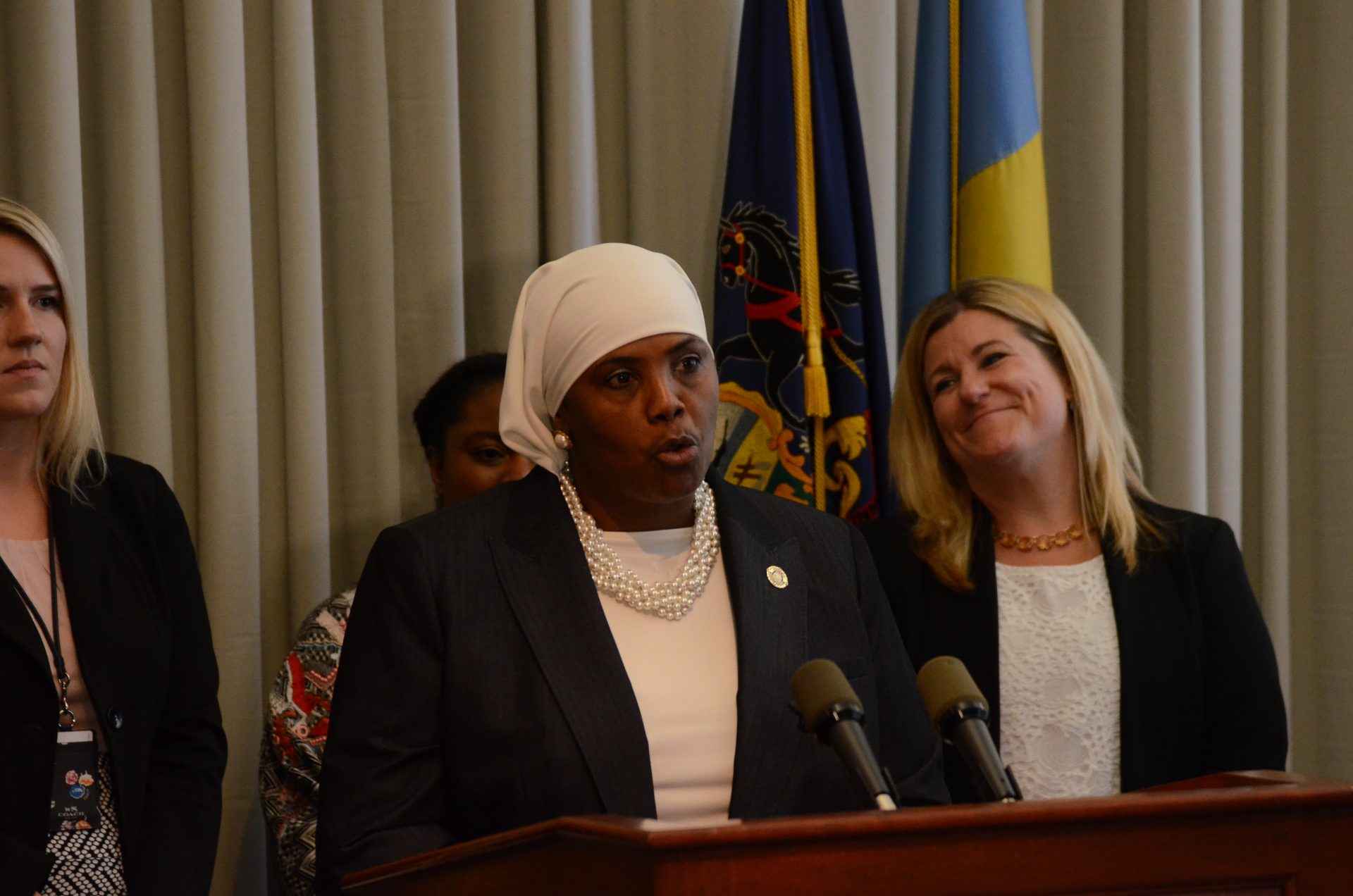 Movita Johnson-Harrell, shown here while she was supervisor of the Philadelphia district attorney’s Victim/Witness Services unit.

(Harrisburg) — Philadelphia State Rep. Movita Johnson-Harrell was charged Wednesday with stealing from a nonprofit she founded to help people in her city who are struggling with mental illness and addiction, homelessness, and intellectual disabilities.

Along with theft, the charges include perjury, tampering with public records, and inappropriately filing her public financial statements and political expenditures.

Attorney General Josh Shapiro announced the charges soon after Johnson-Harrell’s arrest and said the 53-year-old Democrat turned herself in.

In a statement released by the law firm GreenbergTraurig, which is defending Johnson-Harrell, she said she plans to step down later this month because she “cannot become a distraction for my friends and neighbors who need so much.”

“I am saddened and dismayed by the nature of the allegations brought against me today,” she said. “I vigorously dispute many of these allegations, which generally pertain to before I took office and I intend to accept responsibility for any actions that were inappropriate.”

Johnson-Harrell’s term would have lasted until next November. But now, caucus officials are making plans to replace her. House Democratic Leader Frank Dermody said in a statement that the 190th District’s constituent service office in West Philadelphia “will remain open to serve residents until a new representative is elected there next year.”

A spokesman for the chamber’s presiding officer, House Speaker Mike Turzai, said he doesn’t yet know when a special election will be called to fill the seat.

Johnson-Harrell’s resignation will mark the second time in a year that the district has been un-represented in the state House.

She won a special election in March and replaced fellow Democrat Vanessa Lowery-Brown, who was convicted of bribery and other charges in December 2018 in an unrelated case.

Shapiro said he was “disappointed and disturbed” to uncover what he said was “brazen corruption,” and noted that Johnson-Harrell is the 60th public official his office has arrested since he took over at the start of 2017.

“I wish I could say that it will be our last,” he said.

Investigators with the AG’s office say they found that over several years, Johnson-Harrell spent more than $500,000 that came from Motivation, Education & Consultation Associates, or MECA. She founded the charity in 2006 and served as director and sole executive.

The bulk of the alleged crimes Shapiro detailed happened after MECA began operating a series of personal care homes for vulnerable people in Philadelphia in 2013.

They were funded with the Medicaid and Social Security checks that residents received, and Shapiro said Johnson-Harrell collected monthly rent payments from MECA for the homes. But, he said, that money wasn’t used to make the facilities habitable.

In recent years, MECA abruptly shut some of the homes down because, Shapiro said, “residents were living in squalor, completely unlivable conditions.”

Last year, the Philadelphia Inquirer reported on the closure of one of the facilities on Powelton Avenue in West Philadelphia. The paper noted that investigators with the state Human Services Department had found unsanitary conditions, and a state ombudsman report had said those included “inoperable toilets and showers, bedbug infestation, unlocked medications, and disposing of missed medications.”

At the time, Johnson-Harrell was serving as interim supervisor of Victim Services for Philadelphia District Attorney Larry Krasner. The Inquirer reported that she claimed to have resigned from MECA several months prior, though official documents still listed her as the director.

The AG’s office began its investigation into Johnson-Harrell’s finances after the Powelton Avenue home shut down. Shapiro said even after it and other MECA facilities had their residents removed, Johnson-Harrell continued collecting rent for the buildings from the nonprofit and routed the money to her own bank account.

Shapiro said the hundreds of thousands of dollars Johnson-Harrell allegedly stole over the years went to a wide range of uses, like clothing, trips to Mexico, Orlando, Georgia and Maryland, school tuition for a relative, overdue car payments on her Porsche and overdue mortgage payments — including on her own home. She also allegedly used nearly $8,000 to pay restitution for a 2014 conviction for failing to pay unemployment compensation tax.

When Johnson-Harrell made her two bids for the state House — an unsuccessful one in 2016, and a successful one earlier this year — she allegedly transferred more than $10,000 each time from MECA accounts to her campaign.

Shapiro said her campaign filings, financial disclosures while serving in public office, and federal taxes have all been consistently “riddled with lies.”

Johnson-Harrell was the first-ever Muslim woman elected to the state House, and as a politician made victims’ rights and gun control top priorities.

Much of her platform was borne from personal experience. Her father was shot to death in West Philadelphia when she was a child, and when she was a teenager, her brother died after being stabbed. In 2011, her teenage son was shot and killed in a case of mistaken identity.

She has also spoken publicly about her rocky path to public office, saying she dropped out of high school, struggled with drugs and spent periods of time on welfare before earning her GED when she was 30, in 1997.

Shapiro acknowledged Johnson-Harrell’s past, saying the “serious struggles in her personal life” are “not lost on me.”

“But let me be clear,” he added, “defrauding a nonprofit organization, defrauding taxpayers, and then systematically over many years lying to cover it up is unjust, it’s unfair, and it is a crime.”

In a statement, Dermody — the House Democratic Leader — said the charges against the freshman representative are “beyond disturbing.”

“I know her commitment to her constituents — especially to the goal of ending gun violence in Philadelphia — is heartfelt and sincere,” he said. “That’s why it is so disappointing to see this chapter in public service cut short.”

But, he added, “the fact is those elected to serve have to follow the law before they can make the law.”