Ebethal Badawi points to a poster she made that asks Pittsburghers to build bridges to those different than themselves.

Ebtehal Badawi hopes it is the first step to schools creating programs to teach acceptance and have honest conversations about racism.

(Bridgeville) — Almost a year after a Syrian refugee teenager wearing a hijab was assaulted in a Chartiers Valley High School bathroom by students, a woman who lives in Jefferson Hills has created an anti-bullying campaign for schools.

Ebtehal Badawi’s son also says he was the victim of racist comments from his former hockey teammates.

Those incidents motivated her to find a way to reach children and tell them that difference is OK and should be embraced. She made a poster that now hangs in her son’s Pleasant Hills Middle School and several local colleges. It depicts hands with a range of skin tones and religious symbols behind a bright yellow bridge with a message that reads, “In our community we focus on building relationships. We strive to build bridges between people of different races, religions and cultures.

“The poster is about Pittsburgh and how can Pittsburgh build bridges between all of us,” Badawi said.

She said she hopes it is the first step to schools creating programs to teach acceptance and have honest conversations about racism. 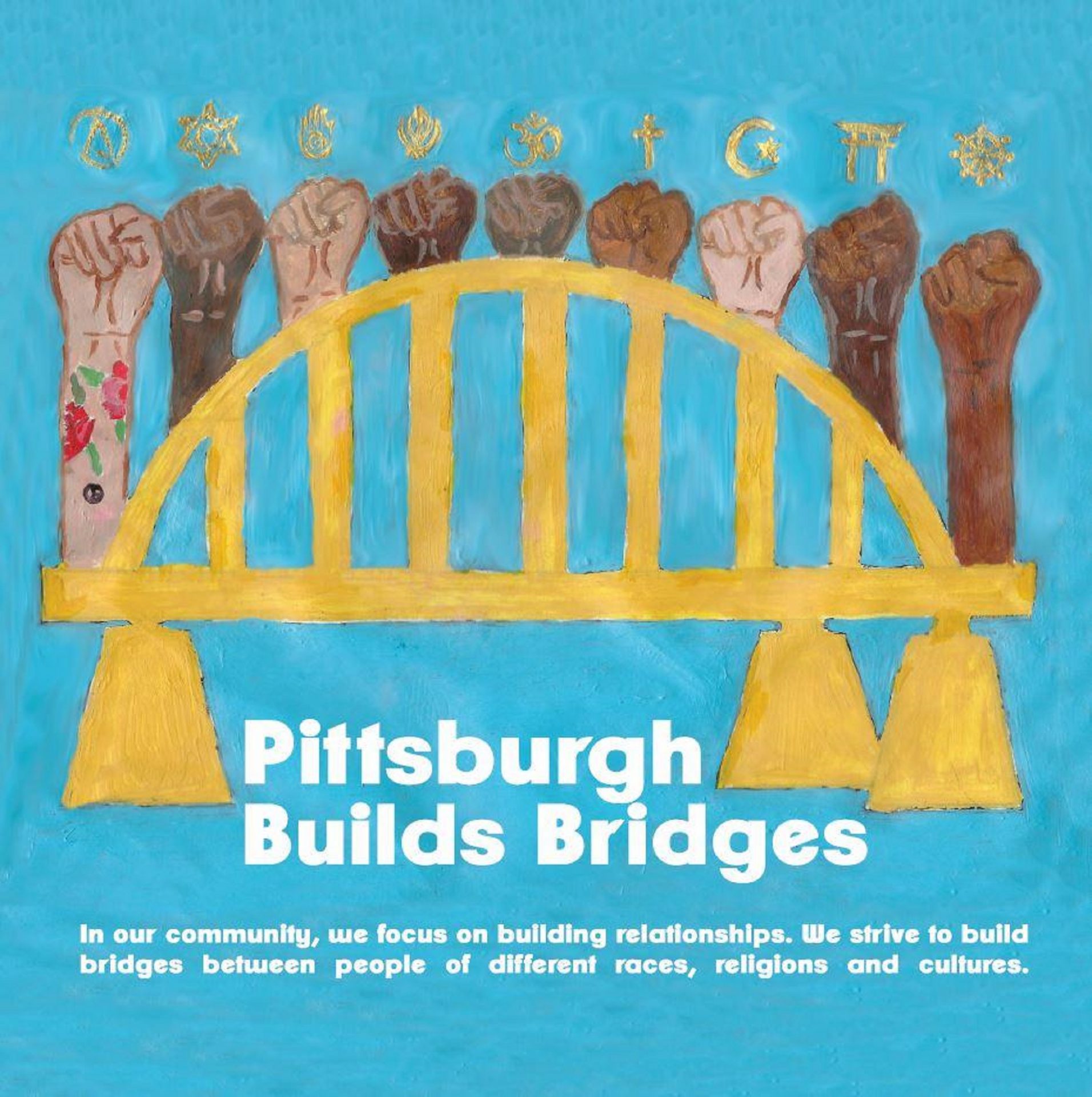 “And how we are more similar than different. But sometimes you don’t see that. But as we get the chance to know each other, we know that,” she said.

Badawi’s son has left that hockey team after she complained to officials. Now, she is reaching out to the Pittsburgh Penguins to try to get players to speak to youth hockey teams about bullying and racism.

“And how this kind of stuff won’t help the team to work as a team,” Badawi said. “All teams want to win. When they don’t have a good relationship between each other, they cannot achieve that.”

While a poster is just a start, she said it’s already made an impact on at least one student at her son’s school. The student’s mother told Badawi that her son has panic attacks that stem from not belonging.

“She said he saw the poster in the cafeteria and just started drawing the bridge and felt better,” she said. “He felt like maybe he belonged.”

The poster is in several city libraries, YMCAs, and colleges including CCAC and LaRoche. She’s working with superintendents to hang in in more schools and eventually wants to paint the design as a mural.