With six fewer days than last year, it will be the shortest season since 2013.

Adobe Analytics predicts a loss of $1 billion in online revenue from a shortened season. Still, it expects online sales will reach $143.7 billion, up 14.1% from last year’s holiday season

The National Retail Federation, the nation’s largest retail trade group, baked the shorter season into its forecast, but it says the real drivers will be the job market. It forecasts that holiday sales will rise between 3.8% and 4.2%, an increase from the disappointing 2.1% growth seen in the November and December 2018 period that came well short of the group’s prediction. 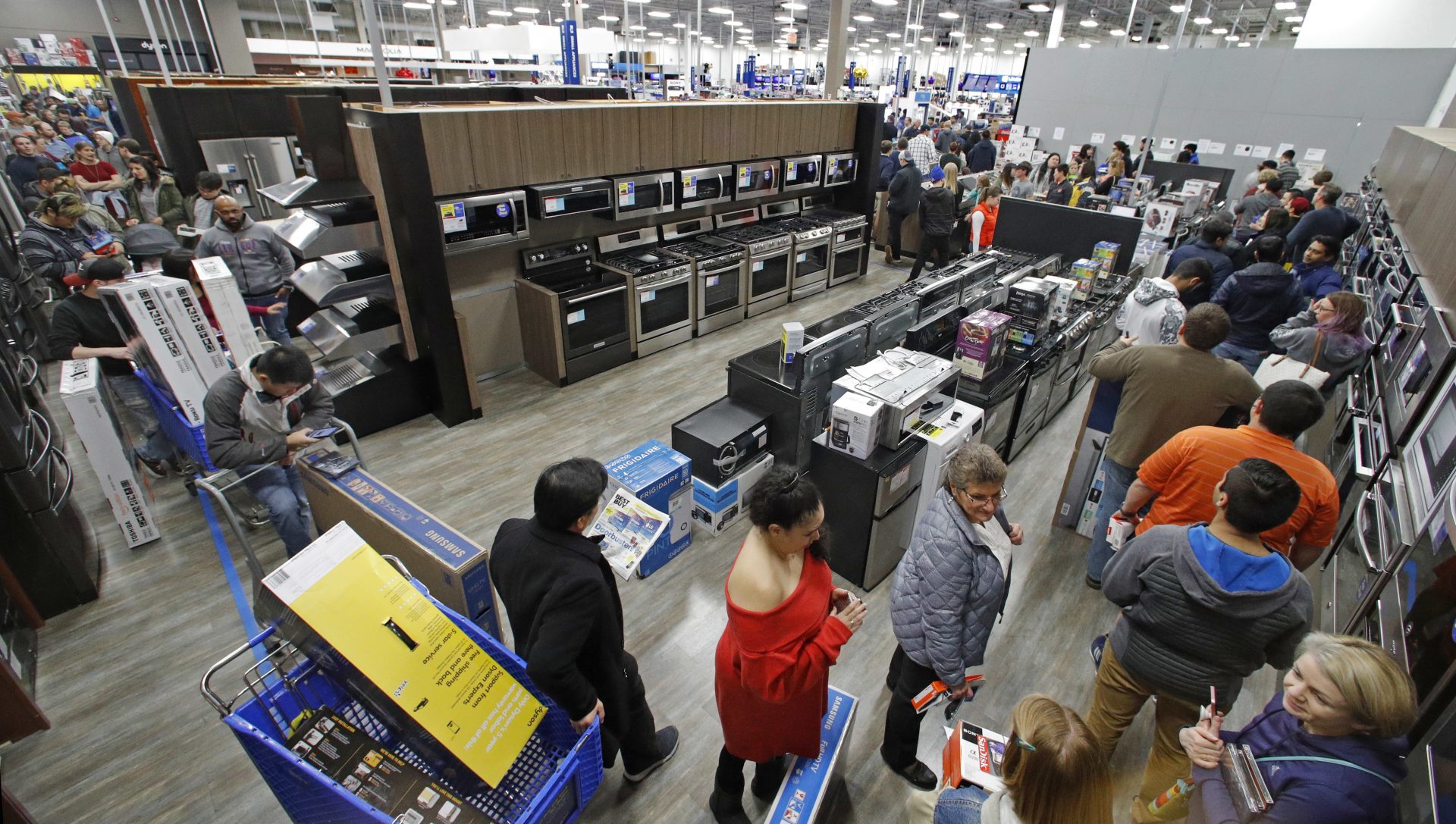 FILE PHOTO: In this Nov. 22, 2018, file photo people line up to pay for their purchases as they shop during an early Black Friday sale at a Best Buy store on Thanksgiving Day in Overland Park, Kan. Consumer spending rose a sharp 0.6 percent last month, the Commerce Department reported Thursday, Nov. 29.

NRF expects online and other non-store sales, which are included in the total, to increase between 11% and 14%, for the holiday period.

The 2019 holiday season will be a good measure of the U.S. economy’s health. Many retail CEOs describe their customers has financially healthy, citing moderate wage growth and an unemployment rate hovering near a 50-year low.

“The overall picture is positive,” said Craig Johnson, president of Customer Growth Partners, a retail consultancy. “People are spending out of positive cash flow as opposed to borrowing.”

Economic growth has moderated since earlier this year, with growth at just 1.9% in the July-September quarter, down from 3.1% in the first three months of the year. Analysts blame at least part of that on the U.S.-China trade war, which has forced many companies to delay plans to invest and expand.

That’s left consumers as the main drivers. So far, Americans have kept up their spending, allaying fears of a recession.

With more holiday deals happening earlier to compensate for the late start, many have already started to shop. More than half of consumers have already started their holiday shopping and nearly a quarter of purchases have already been made, according to the annual survey released by the NRF and Prosper Insights & Analytics. The survey of 7,917 adult consumers was conducted Oct. 31 through Nov. 6.

“This is further evidence that the holiday season has grown far beyond the period between Thanksgiving and Christmas,” said Matthew Shay, president and CEO of NRF, in a statement.