The groups lost that amount — 10 percent of the annual budget for such services — during a 2013 budget cut. 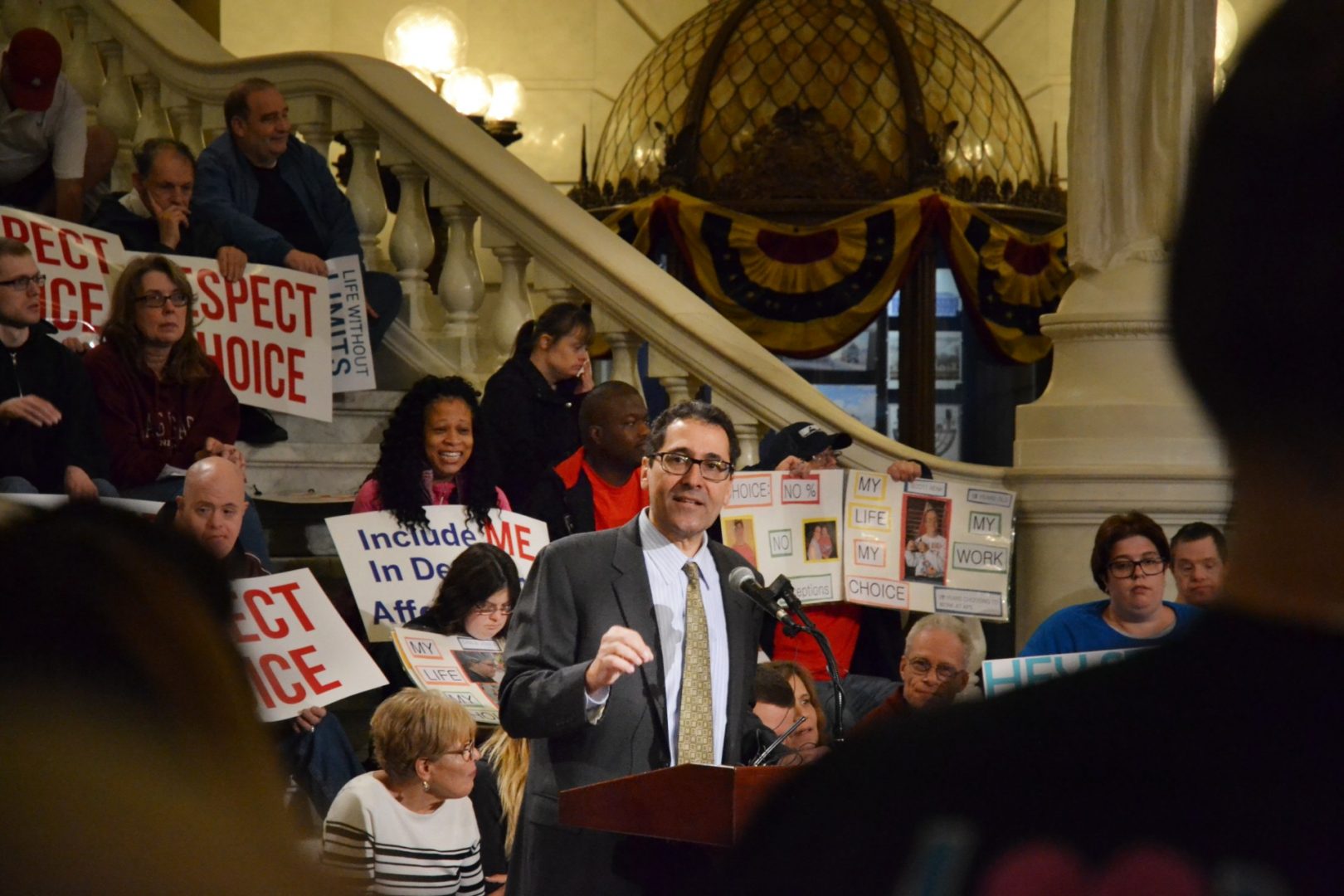 (Harrisburg) — With the unveiling of the 2020 state budget still a few months away, groups that provide mental health and intellectual disabilities services are lobbying for an additional $84 million in funding.

That sum would restore the 10 percent funding cut to mental health services by then-Republican Governor Tom Corbett in 2013 as part of budget-tightening measures, according to Richard Edley, CEO of Rehabilitation and Community Providers Association of Pennsylvania.

As a result of that cut, county agencies have been pushed to the breaking point, and many still haven’t recovered, Edley said.

“That’s what we’re starting to see, that programs are either closing or threatening to close. When that happens, people literally lose services. There’s nowhere else to turn.”

Edley is part of a push, widely supported by mental health and intellectual disabilities providers, to restore those funds.

Democratic Governor Tom Wolf tried twice to re-instate the $84 million, but the effort was rejected by the Republican-controlled legislature.

A spokesman for the governor says it’s still early in the budget planning process but the governor believes significant work is needed to improve mental health care systems.

It has some Republican support: Representative Tom Murt is a leading proponent, and outgoing Bucks County state Representative Gene Digorolamo has pushed for the funding in past years.

Edley said increasing attention on mental health’s role in other crises like opioid addiction are making it more of a priority this time around.