Shown is a paper ballot during a demonstration of the ExpressVote XL voting machine at the Reading Terminal Market in Philadelphia, Thursday, June 13, 2019.

Issues flagged by election security experts when the settlement was reached a year ago figure prominently in the filing to reopen the case. 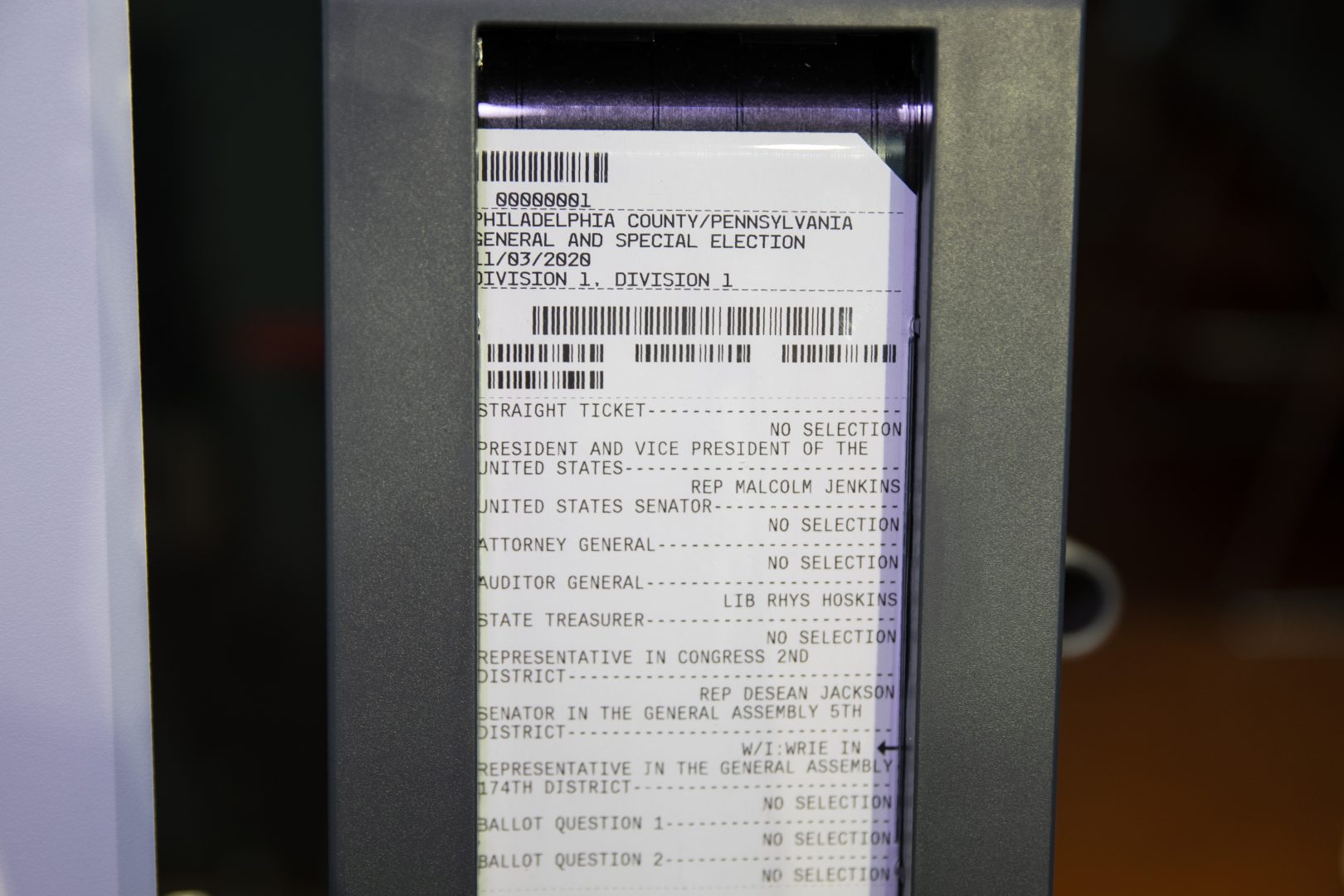 Shown is a paper ballot during a demonstration of the ExpressVote XL voting machine at the Reading Terminal Market in Philadelphia, Thursday, June 13, 2019.

The plaintiffs in the lawsuit that prompted Pennsylvania’s mass voting machine upgrade want a federal judge to reopen the case because they say state officials are violating the settlement.

In a motion filed today in U. S. District Court for the Eastern District of Pennsylvania, they ask the court to block the use of an election system that’s being used by 1.2 million voters.

The state has to ensure that every voter in Pa. uses a voter verifiable paper ballot by next year, at the latest, under the terms of a settlement agreement to a lawsuit led by 2016 Green Party presidential candidate Jill Stein.

When the case first settled one year ago, some election experts criticized the agreement for being too vague.

They flagged, for example, the settlement’s failure to sufficiently detail what “voter verifiable” means and the possibility that the state would certify systems with barcoded ballots. Barcodes are vulnerable to tampering, and voters can’t determine whether they reflect their ballot choices, experts noted at the time.

Stein’s lawyers argue that the state’s certification of the ExpressVote XL violates the settlement because it relies on paper ballot cards that encode voters’ choices in a bar code.

With the XL, voters enter their choices on a touchscreen. Before casting their ballot, they review those choices printed and displayed through a plastic window beside the screen.

Stein’s attorneys also argue that some voters have trouble seeing clearly through the plastic sleeve, and that the paper shown to voters — and retained for auditing purposes — isn’t a ballot as defined in Pennsylvania election code.

Those reasons are just a few cited by fair election and good government groups when they petitioned the Department of State to re-examine the XL over the summer.

DoS upheld its certification. But both the petitioners and the Stein plaintiffs criticized the department for having the machine re-examined out of state without letting them know.

Philadelphia rolled out the machine the same day, with comparatively minor complaints about delays and confusion at the polls.

Cumberland County used its old system during the municipal election, but plans to debut the XL next spring after resolving concerns that arose earlier over financing.

About a dozen counties haven’t picked machines yet.

Among them, only Dauphin County had been considering the XL. Commissioners there, however, balked recently when it was time to enter the next round of contract negotiations, citing problems experienced with the XL and other systems statewide Nov. 5.

The county budget scheduled for introduction today doesn’t include funding for new voting machines. However, officials expect to meet about the issue in early December with the Department of State, according to commissioners chief of staff Chad Saylor.

ES&S spokeswoman Katina Granger noted the XL’s gone through “hundreds of thousands of hours of testing” between certification by the federal Election Assistance Commission and at the state level — including in Pa., where it went “through … expensive testing not just once, but twice.”

“By all accounts, it meets and exceeds the highest standards for security, accuracy and accessibility,” Granger wrote in an email.

The state has until Dec. 12 to respond, according to a court order issued Tuesday.

Editor’s note: This post has been updated to reflect the state’s response deadline.