Casey urges Democratic candidates to blast Trump, not one another, on health care

"They’re using raw power to take people’s health care away. Why aren’t we telling the American people about that?” 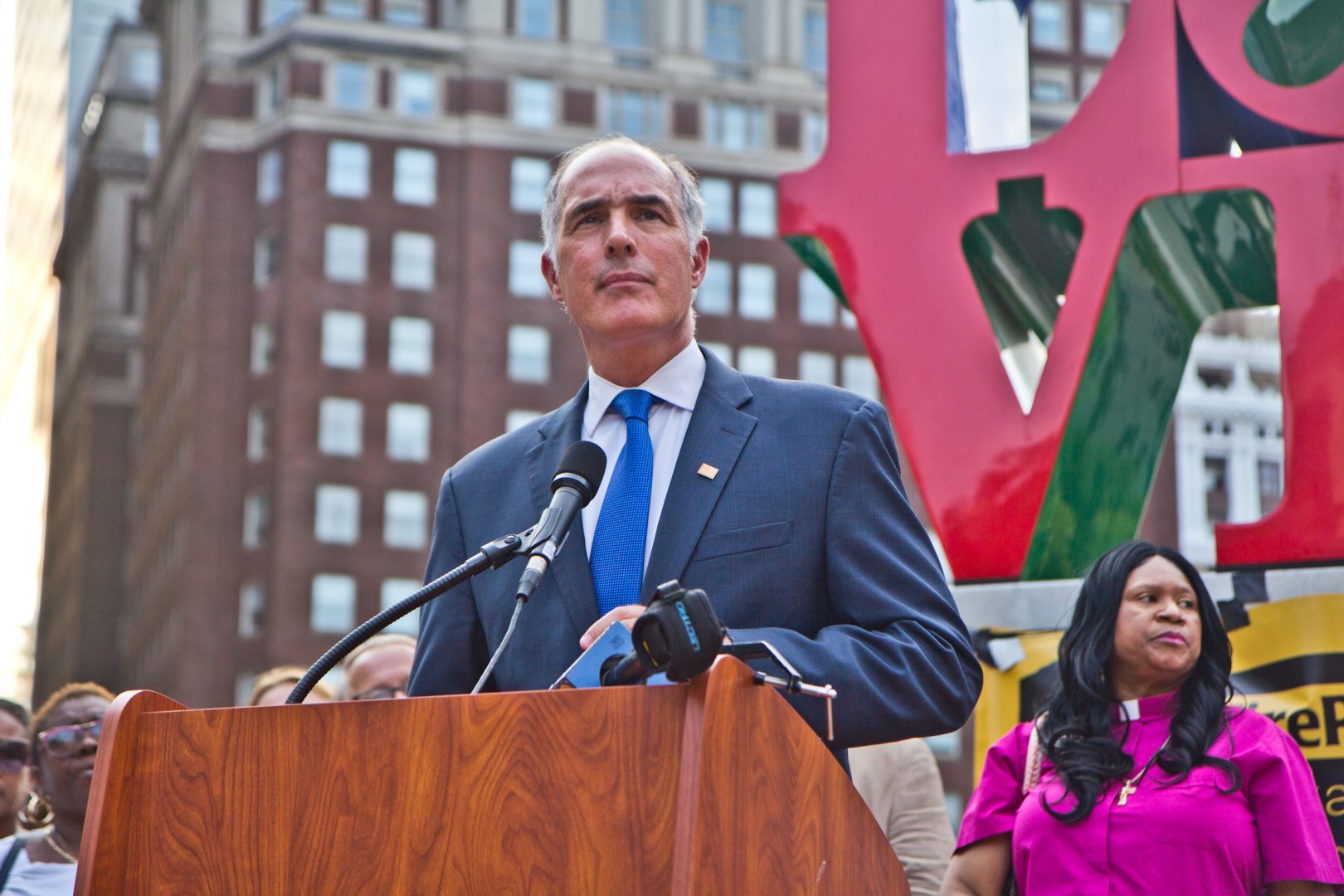 (Philadelphia) — For U.S. Sen. Bob Casey, a Democrat beating Donald Trump for the presidency in 2020 is a matter of national security. And he thinks his party can win if it leverages an issue voters across the nation have consistently ranked as a top priority: health care.

But the Pennsylvania Democrat thinks the candidates are going about it all wrong.

By digging into the weeds of what a Medicare For All plan would look like, Casey said in an interview Friday, presidential hopefuls Bernie Sanders and Elizabeth Warren are missing the point. And, he said, while moderate candidates like Joe Biden are pushing back, arguing for a public option on the debate stage, the Trump administration is eroding the Affordable Care Act as they speak.

“They’re plotting and planning and every day,” said Casey. “They’re using raw power to take people’s health care away. Why aren’t we telling the American people about that?”

Casey is talking about the Trump administration’s policies, budget cuts, and legal strategies designed to chip away at the Affordable Care Act after efforts to dismantle it completely failed in 2017. Under President Trump’s watch, the open enrollment period for people to sign up for a health plan was slashed in half. Funding for navigators to help people find the right plan was cut, as was advertising money for the health care marketplaces. Previously temporary plans that didn’t meet the ACA’s requirements to cover pre-existing conditions have been expanded as long-term options and disguised as traditional plans, leaving patients with big hospital bills when their care turned out to be ineligible for coverage.

Since Trump took office, the U.S. uninsured rate has grown to about 27 million people, the highest rate since before the Affordable Care Act was implemented in 2014.

The ACA is in legal jeopardy, too. In the 2017 tax bill, congressional Republicans eliminated the penalty imposed if an individual did not buy health insurance. From a legal standpoint, that penalty functioned as a tax on health care, which saved the ACA from being viewed as compulsory and, therefore, potentially unconstitutional. Losing the penalty strengthened the legal argument against the ACA, which a federal district judge in Texas ruled was unconstitutional in 2018. The case was appealed, and an appellate judge is expected to rule by the end of the year. Casey’s argument is that opposing these existential threats should be enough to get voters excited about a candidate. Though deliberations over details could slow them down, a distillation of the issue could invigorate them. Casey said that was his strategy in 2018, and he credits it for his victory.

Of course, presidential primary season is still ahead, the time arguably appropriate for the candidates to distinguish themselves from one another rather than the opposing party. But many of the candidates on the debate stage have gone to great lengths in Democratic debates to distinguish their platforms from Trump’s on a variety of issues. So why does talk about health care get so granular?

“I think it’s a way of showing their commitment to the issue,” said Mark Schmitt, director of the political reform program at the think tank New America. Historically, Schmitt said, primary debates have been an opportunity to wade through the weeds on health care. In 2012, Barrack Obama and Hillary Clinton went to bat over the inclusion of a public option in Obama’s plan.  But Schmitt conceded, practically speaking, that might not be the best approach.

“If you’re gonna do a detailed health plan, it makes a lot more sense to do it when you have all the resources of the Department of Health and Human Services and all those instruments of government, as opposed to four people in a ratty room in a campaign headquarters eating cold pizza.”

A poll released this week by the Kaiser Family Foundation found that among Democratic voters, support was very high for both a public option — pushed by moderate candidates like former Vice President Biden — and a government-run Medicare for All, supported by Sens. Sanders and Warren.

To that point, Casey, who has endorsed Biden, said he’d rather see the deliberation over the details happen in 2021 after a Democrat wins the presidency.